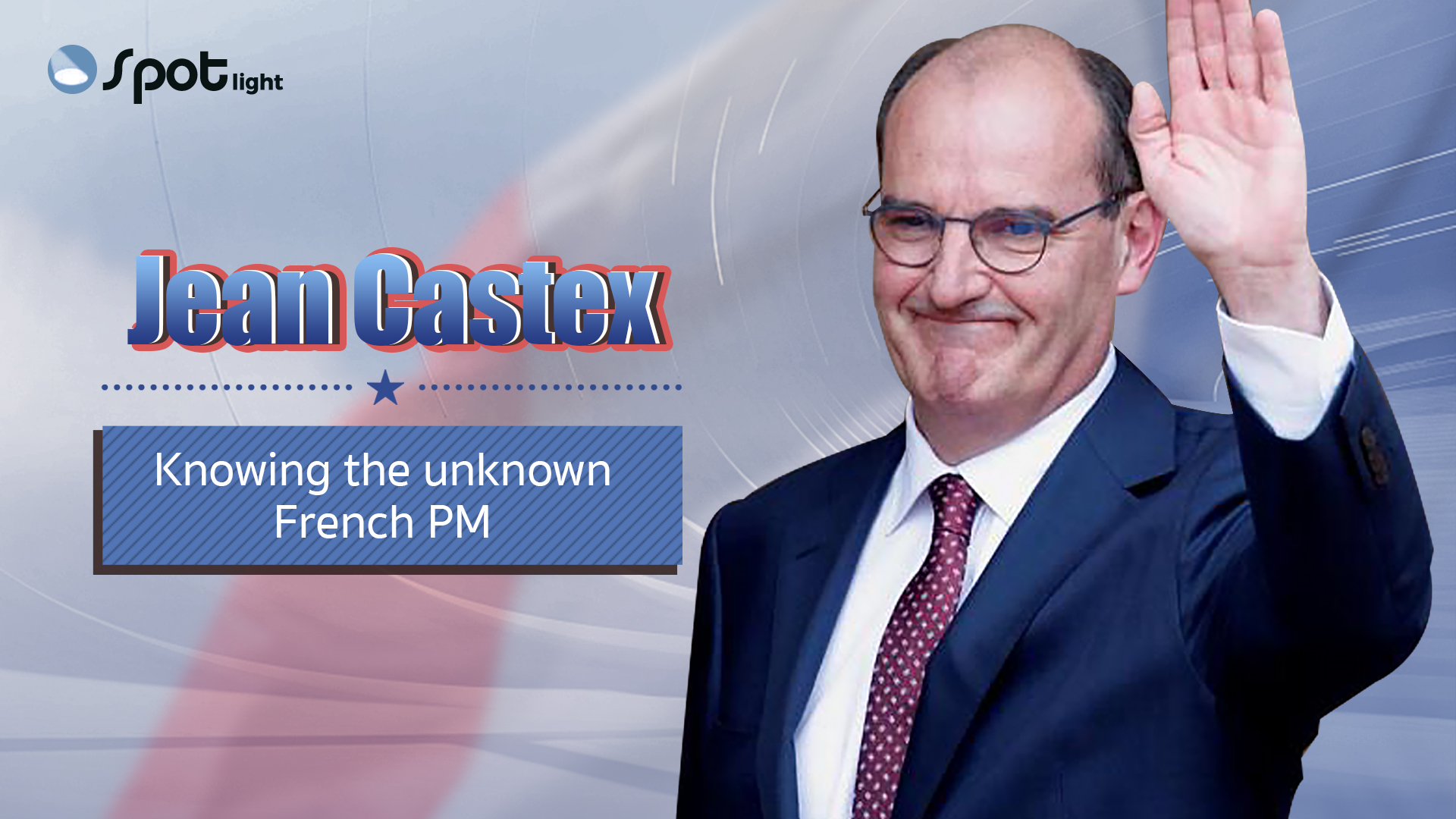 Jean Castex – a backdoor strategist who's just been pushed into the spotlight. France's new government under Castex was announced on Monday in a major reshuffle by President Emmanuel Macron, who had recently expressed his intentions to "reinvent his presidency" and "set out a new path." 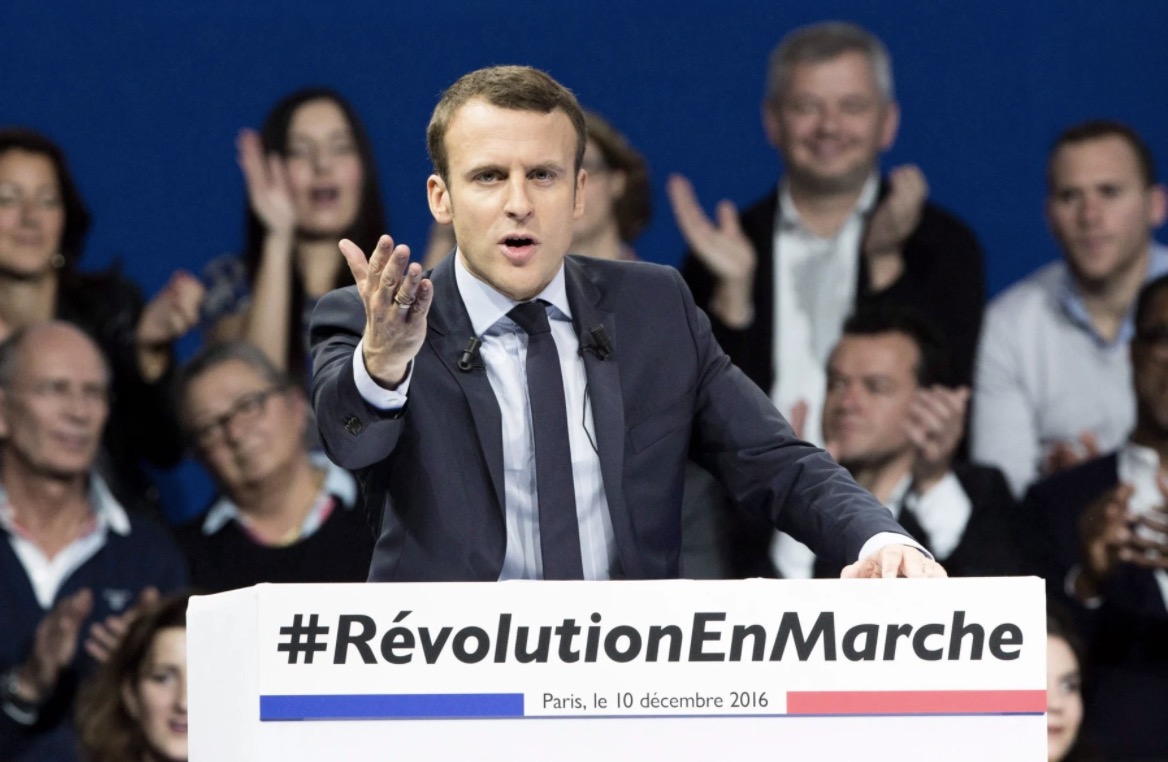 "Now it's time to open a new chapter, which is going to be all about how to tackle the fallout from the coronavirus lockdown. So, it does make sense to have a fresh team so that all the economic and social issues are tackled," Ariane Basthard-Bogain, senior lecturer in French and politics at Northumbria University, told CGTN Digital.

"With little bit under two years to run for presidency again, Macron now needed a new prime minister to give the last two years of his presidency a boost and prepare the way for running for reelection in 2022," said Dr. Paul Smith, associate professor in French and Francophone Studies at the University of Nottingham, while speaking to CGTN Digital.

The decision to sack a popular conservative PM Edouard Philippe was being whispered in the corridors of the Élysée Palace for weeks. The reasons were manifold – Macron's plunging approval ratings, a humiliating defeat in municipal polls at the hands of the Greens and 17 of his lawmakers from a left-wing faction breaking ranks to form a new parliamentary group, Ecology. 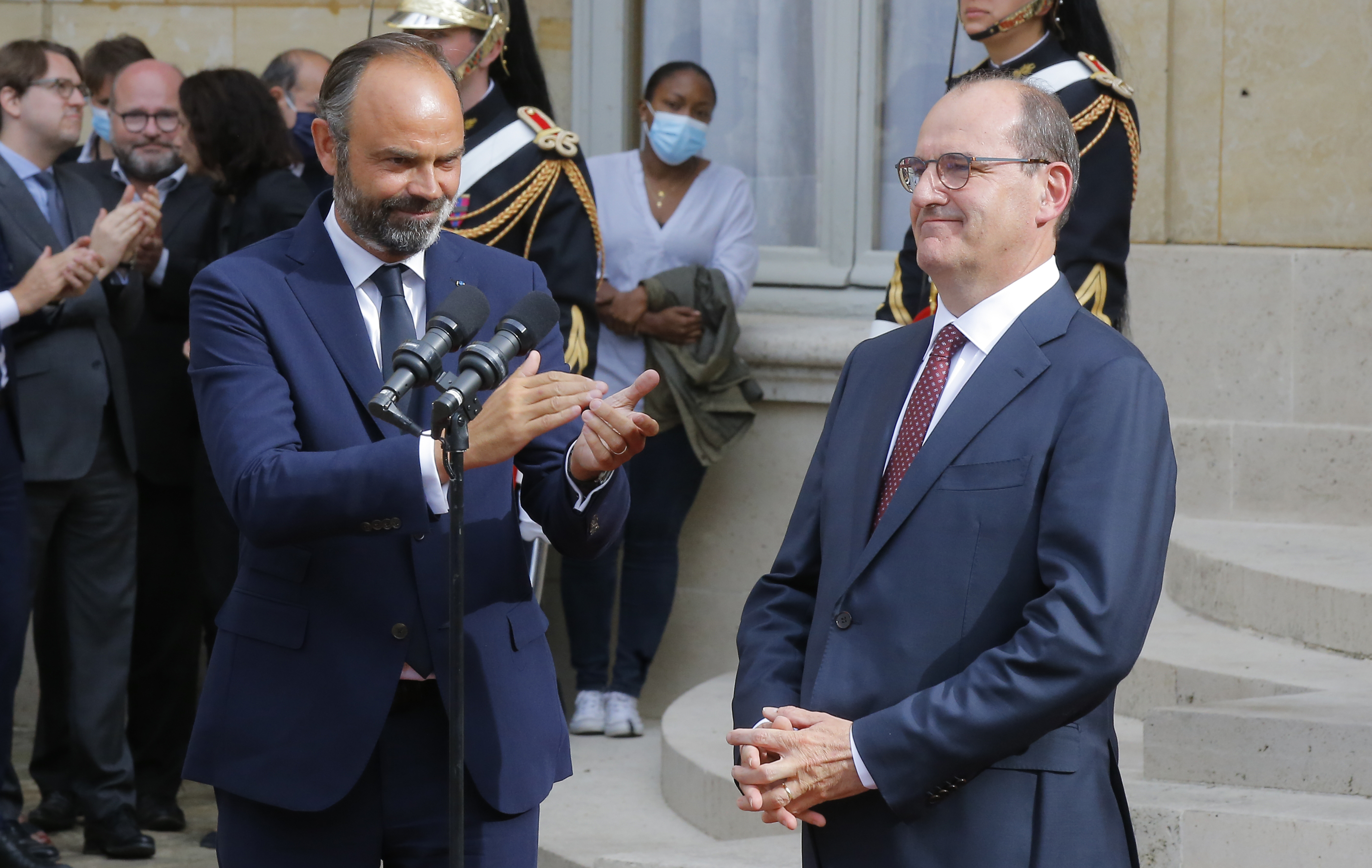 But by picking a low-key candidate for the top job, Macron caught the nation by surprise.

"My initial reaction was 'who Jean?' because I had forgotten who he was and then I realized, but I think Macron has surprised a lot of people by choosing a person who was unknown," said Bogian, adding "I was a bit underwhelmed because I was expecting someone who would be the symbol of something new, like maybe a woman or maybe someone with Green credentials… it was a bit of an anti-climax."

In April, 55-year-old Castex was appointed to chalk out France's post-lockdown strategy by then PM Phillipe, who introduced him as "a senior official who knows perfectly well the healthcare world and who is formidably efficient."

So, what made him worthy of an instant promotion? Dr. Smith believes his experience as senior civil servant and deep understanding of grassroots politics impressed his boss. "He's a high-flying civil servant, but also, he's a mayor of a town of 6,000 people down in the southwest of France. It means that he knows all about local politics." 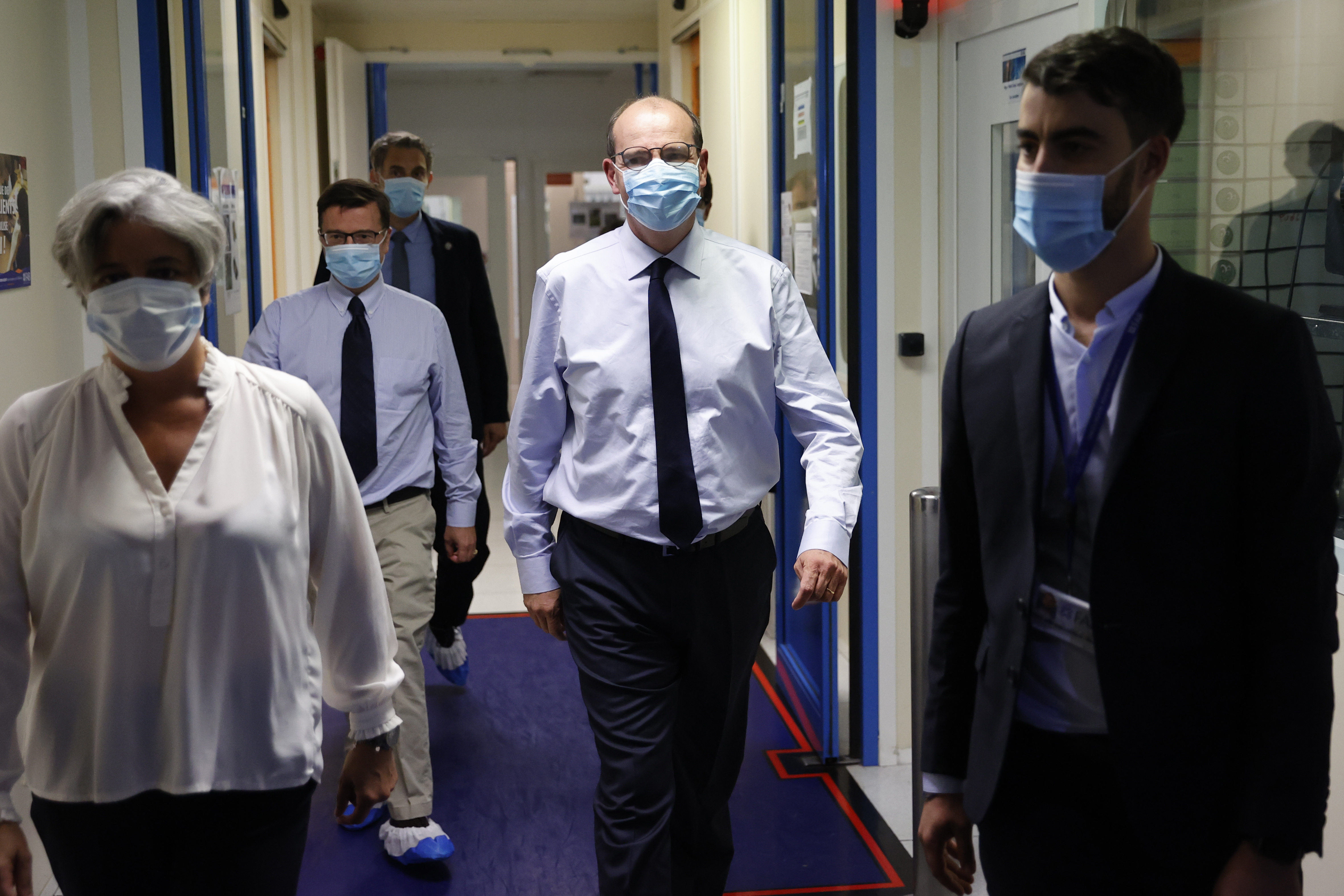 And Dr. Smith says what's really important is this:"Castex was the man who was brought in to draw up plans to bring France out of lockdown. And that plan was really based on bringing the central state and local governments together and working out how you do that. And doing that in a way that was very clear and straightforward for people to understand whether it was people in local government or whether it was ordinary people on the ground. And I think that's where he succeeded."

Announcing Castex's arrival, the Élysée Palace stated: "He is a top civil servant and a skilled reformer and knows how to conduct constructive dialogue with various stakeholders. He is the man for this moment."

According to Dr. Smith, Castex in many ways is much like Macron himself. "Macron used to be a senior adviser to President François Hollande, he was the assistant general secretary to the Élysée Palace under Hollande, and Castex was in that role under President Nicolas Sarkozy."

Castex also graduated from the same elite finishing school for technocrats, the E.N.A., or National Management School, as both Macron and Philippe.

Why was Phillipe shown the door?

French newspaper Le Monde indicated that Macron ditched Phillipe because he feared that the prime minister was starting to overshadow him. 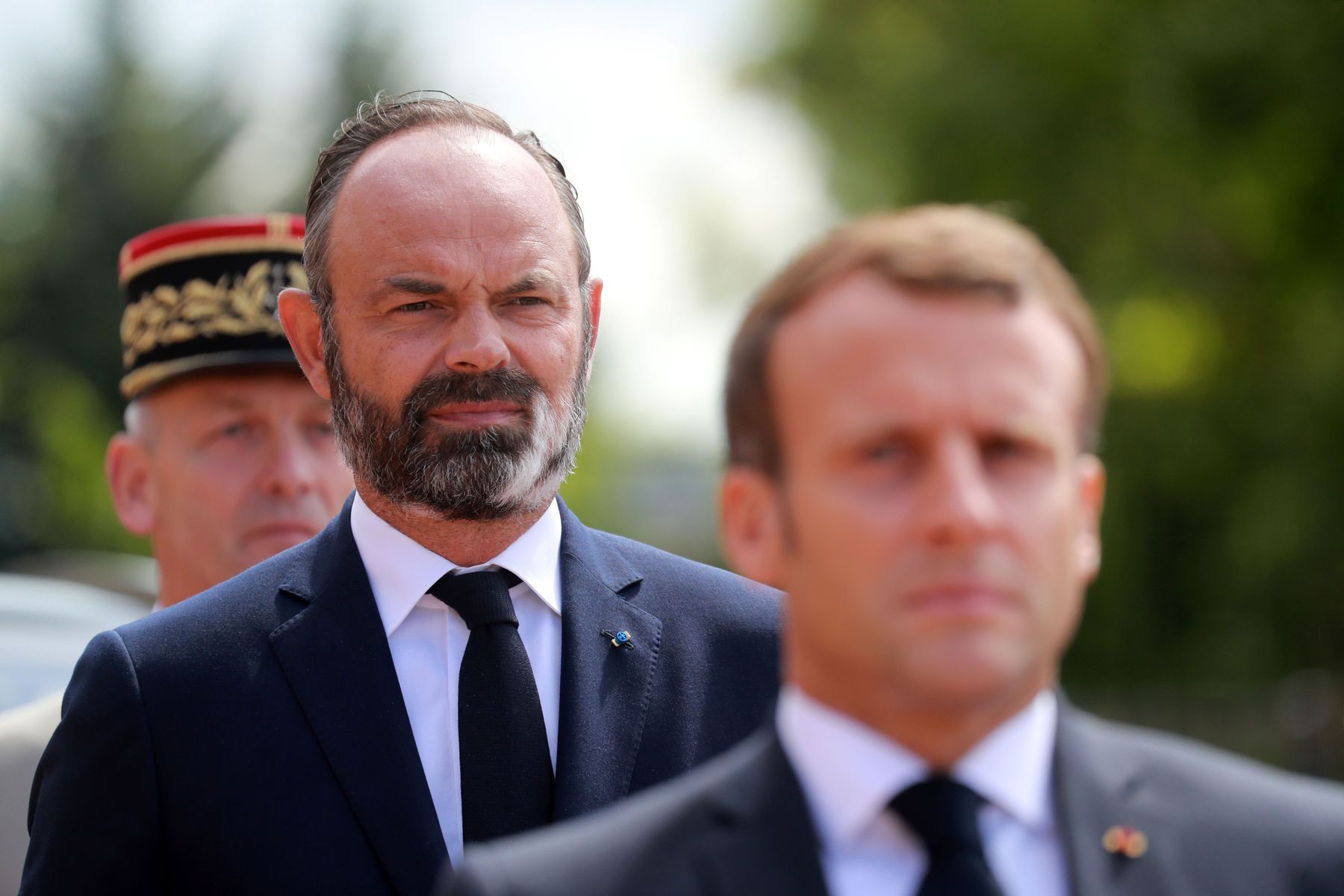 Describing Phillipe as a "polished performer," Dr. Smith said, "he has that kind of extra polish that perhaps someone like Castex doesn't immediately have."

"It's actually Macron who had set the direction. He said to Castex, 'give me a roadmap,' and then it's Phillipe who gets all the credit for that. And actually, that's rather unfair because it's Macron who's really driving the whole thing but leaving it to Phillipe to kind of do the presentational work," he added.

Experts say Castex ticks all the boxes for Macron's strategy for winning reelection in 2022.

"Macron wanted to focus on coming out of COVID-19, and respond to the Citizens' Convention on Climate. He wanted to focus on social policy and environmental issues. He felt Phillipe was not the man to take those issues forward. So, he opted for another man from the moderate-right but one who the French would call with a bit more social dimension to him. Castex's background is much close to a kind of social conservatism in France," said Dr. Smith.

"By choosing a man of the right as political choice will undermine his opponents on the right, leading up to the presidential election."

But one of his biggest strengths is his political flexibility.

"He has more to him than we think he looks like one thing on the surface," said Dr. Smith, adding "He's extremely well connected. He has a lot of friends on the left. He was involved in the campaign to get the Olympics to Paris in 2024. And he was really the kind of the government go-between. So, he was working with the socialist mayor of Paris, he was working with other socialists in areas just outside of the city that will be hosting some of the events. He's not a politician or a figure who has lots of very obvious broad political support actually, he's well liked and has good connections with a number of key figures on the right, but also on the left as well."