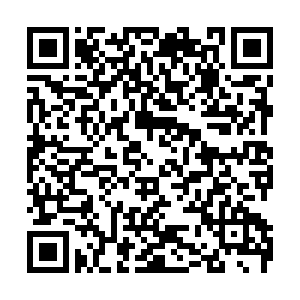 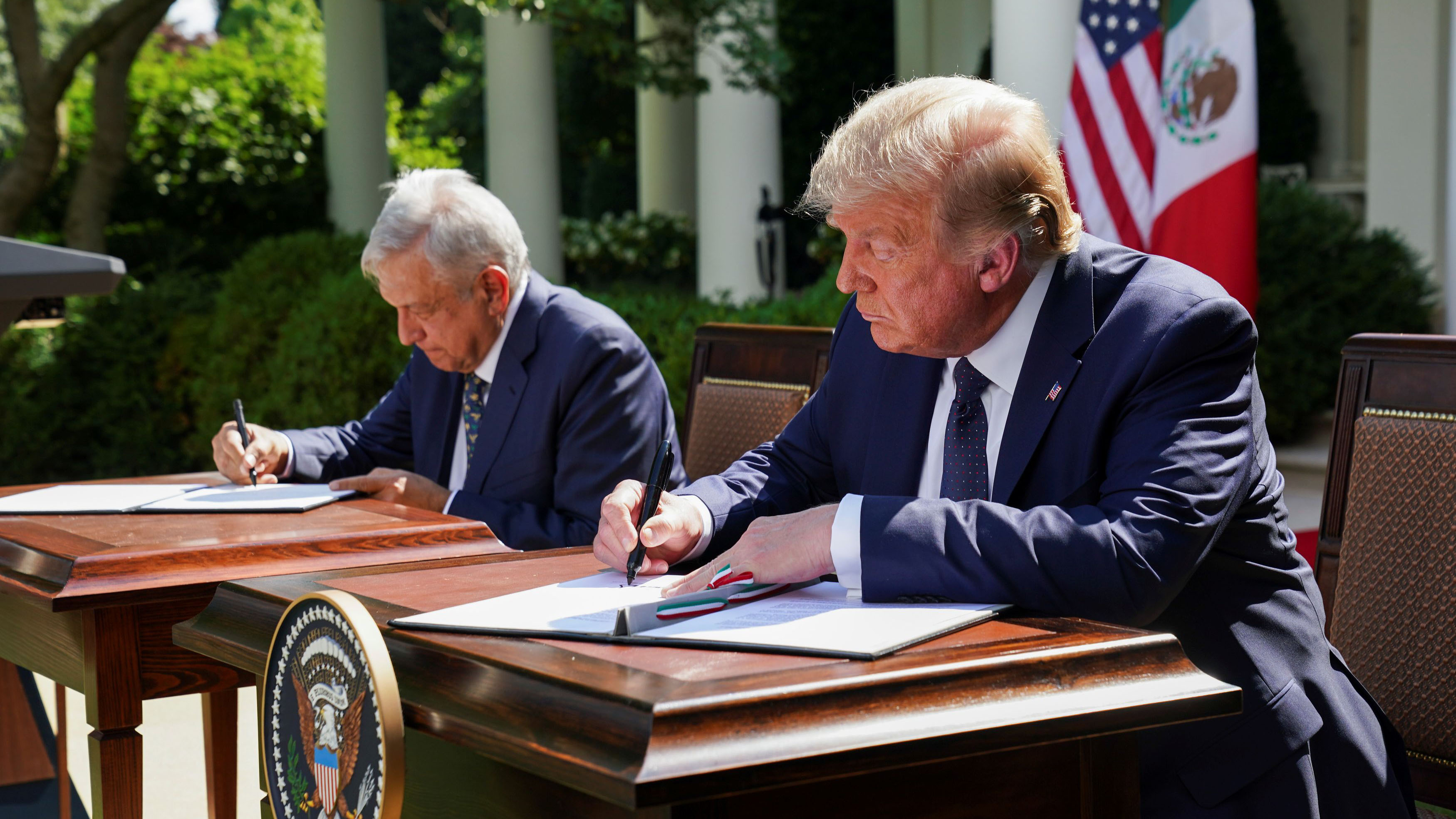 The leftist Mexican leader made his first foreign trip as president after 18 months in office. The two leaders accentuated the positive in their public remarks while largely glossing over their differences on business, illegal drugs and migration.

"What I most appreciate is that you have never tried to impose anything on us that violates or damages our sovereignty," Lopez Obrador said in Spanish, turning to look at Trump as the two spoke in the White House Rose Garden before signing a joint declaration.

"You have never attempted to treat us like a colony," he added. "That's why I am here to say to the people of the United States that your president has treated us with kindness and respect."

Trump, for his part described the bilateral relationship as "outstanding," adding "the relationship between the United States and Mexico has never been closer than it is right now."

The White House said all members of the Mexican delegation, including Lopez Obrador, were tested for the coronavirus before they met Trump, as was the case when Poland's president visited on June 24.

Mindful of the coronavirus pandemic, which is still surging in Mexico and the United States, the two leaders did not shake hands when Trump greeted Lopez Obrador on his arrival. Neither wore face masks. 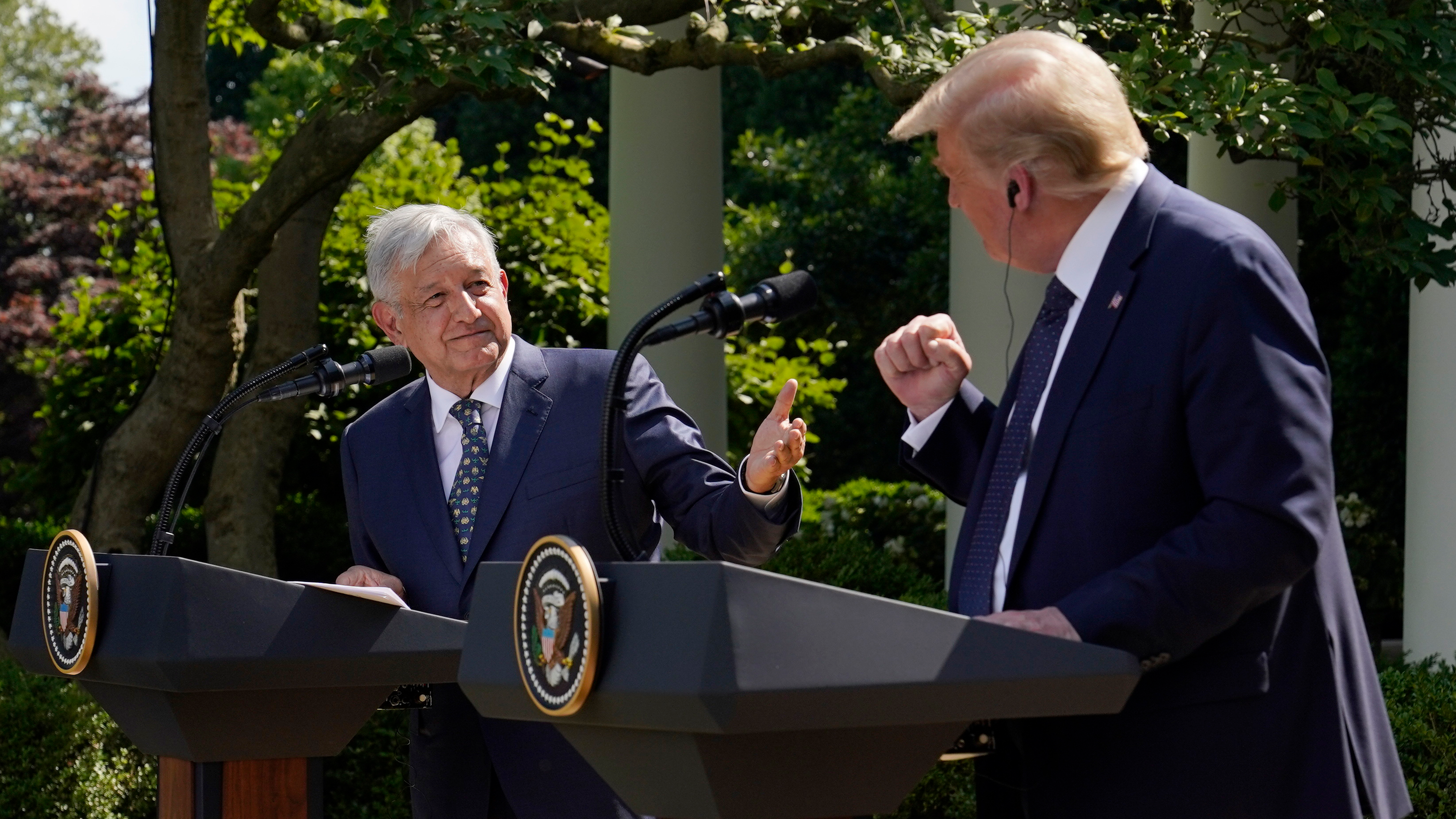 Trump said a joint declaration that the two men signed would commit both countries "to a shared future of prosperity security and harmony."

Neither man raised their differences in detail in public.

Lopez Obrador brushed off criticism at home to meet Trump, a Republican widely disliked in Mexico because of his incendiary remarks about its people.

Trump described Mexican immigrants as rapists and drug runners during his 2015-16 presidential election campaign and vowed to make Mexico pay for his planned border wall.

In May 2019, Trump threatened tariffs against Mexico to force it to reduce the number of illegal immigrants entering the United States. He only backed off after Lopez Obrador agreed to deploy security forces and other steps to stem the flow of Central American migrants.

Officially, the first face-to-face meeting between the two men was to celebrate the launch of the new U.S.-Mexico-Canada Agreement (USMCA) trade deal, a modified successor to the North American Free Trade Agreement, which Trump had branded a killer of working-class U.S. jobs.

But the two-day gathering was scaled back to a single day after Canadian Prime Minister Justin Trudeau opted out amid new U.S. threats of tariffs on Canadian goods.

Trump said he would speak to Trudeau later and the Canadian would visit at an appropriate time. 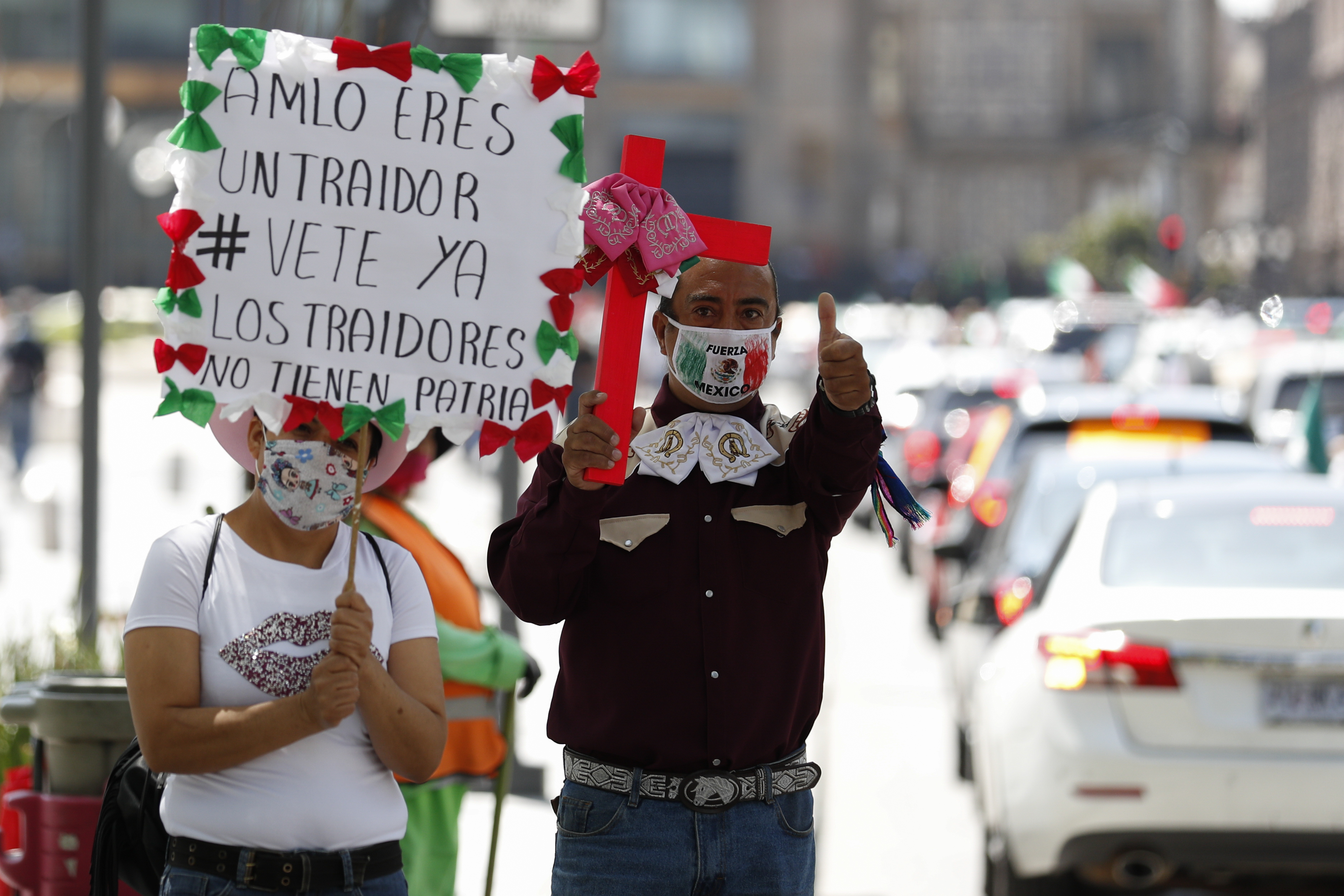 Lopez Obrador, widely known by his initials AMLO, previously said the main purpose of the visit was to kick-start the new North American trade deal that came into force on July 1, as well as to thank Trump for supplying equipment to fight the coronavirus.

Two people familiar with preparations for the meeting said the private sector was eager for Trump to raise concerns about Lopez Obrador's attempts to renegotiate billions of dollars worth of contracts in energy infrastructure.

Lopez Obrador's government is slowly rolling back a 2013-14 opening of the energy industry in favor of a state-led model, and has called a number of major contracts into question.

A senior U.S. official this week said Mexico's government had pledged to uphold those contracts.

Lopez Obrador was joined by a delegation of business officials, including Mexico's richest man, telecoms magnate Carlos Slim, who are to dine on Wednesday evening with Trump and American business executives at the White House.