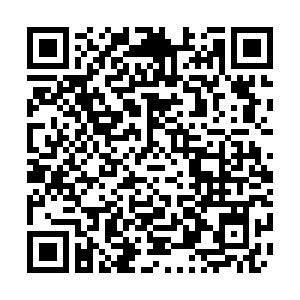 This Sunday BJT, UFC 251 takes place and finally fight fans can get what's been promised by Dana White since the early days of the coronavirus pandemic: Fight Island. It's less exciting than we all dreamed. It isn't Mortal Kombat, it isn't Enter The Dragon, it's not the Kumite and the Octagon set up on the beach is just for show – the temperatures in Abu Dhabi prohibit any real use – but it is an all-new self-contained fighter's facility on Yas Island and that alone is exciting enough in these trying times.

The first to walk in as champion will be Australian featherweight Alexander "The Great" Volkanovski who will be defending his title in an immediate rematch against "Blessed" Max Holloway. 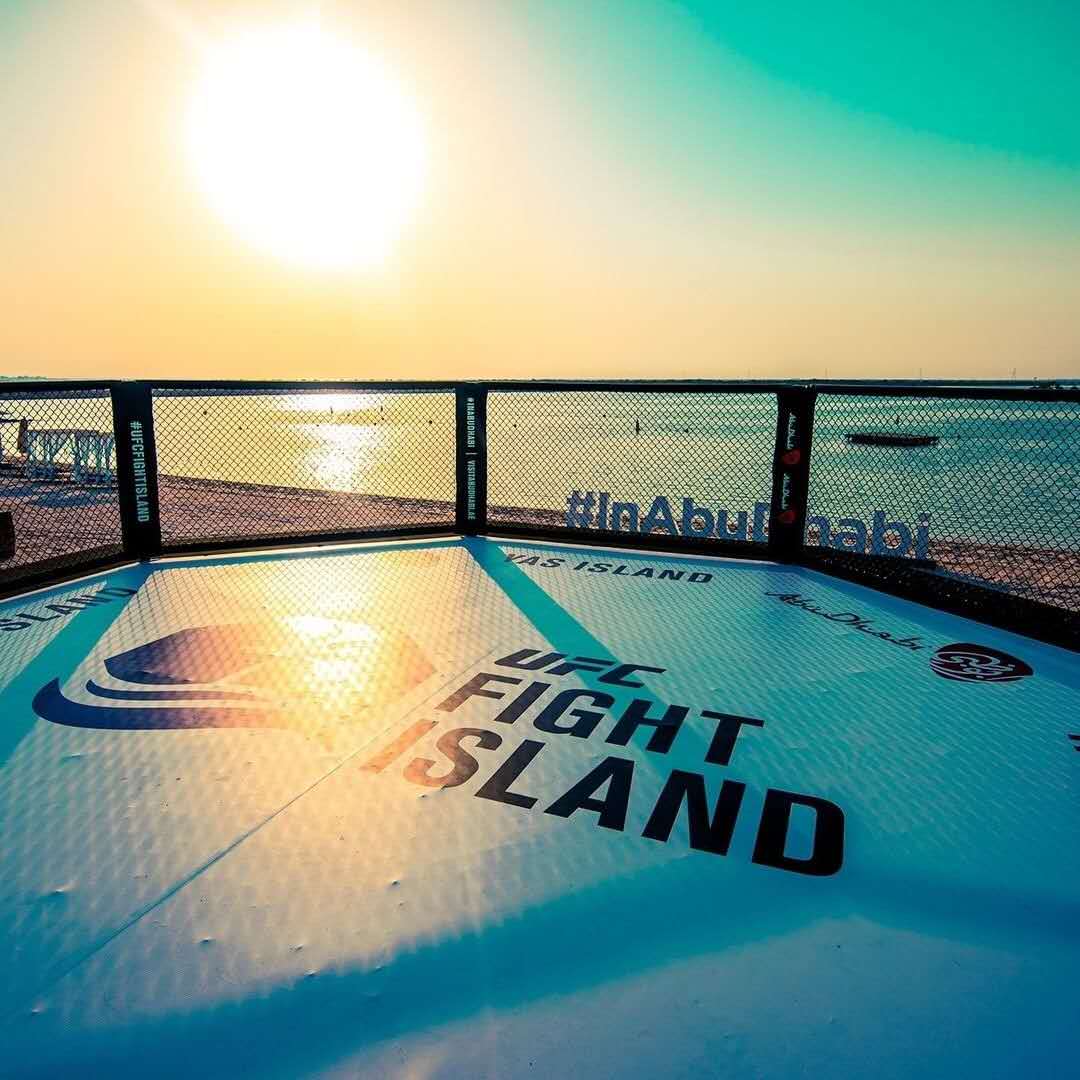 The UFC have been pretty open in their distaste for smaller fighters. Dana spoke at length about how Demetrious Johnson, the inaugural UFC men's flyweight champion, undefeated in 13 fights during his title period, and winning those fights in incredible, unique ways – the German suplex into armbar finish against Ray Borg at UFC 216 is the standout – simply wasn't a draw because he was only 160 cm (5 ft 3 in) and 61 kg (135 lbs), and intended to scrap the belt before Henry Cejudo won it.

So while Volkanovski was out, waiting for his broken left hand to heal, the UFC did very little to find a new rival in his division. None of the top contenders – Zabit, Ortega, Korean Zombie etc. - were booked in contender fights either. Volkanovski vs. Holloway II became the only sensible option, and it would also clear up any lingering doubts that the result was a fluke.

When talking about how the fight was made during the virtual media day interviews, Holloway says he was called out by Volkanovski, even though the latter had beat him and was now the champion, while The Great says this was the only fight he was pitched by top UFC brass. 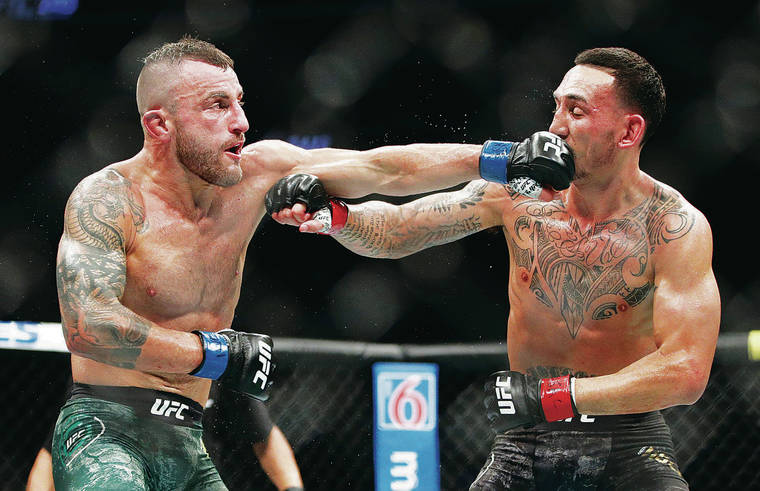 Australia's Alexander Volkanovski connects with a hard left against defending UFC men's featherweight champion Max Holloway of Hawaii in their title bout at UFC 245 at the T-Mobile Arena in Paradise, Nevada, U.S. on December 14, 2019. /AP

Australia's Alexander Volkanovski connects with a hard left against defending UFC men's featherweight champion Max Holloway of Hawaii in their title bout at UFC 245 at the T-Mobile Arena in Paradise, Nevada, U.S. on December 14, 2019. /AP

This isn't the only issue the two disagree on. Blessed insists he won the first fight (which ended in a unanimous decision 48-47, 48-47, 50-45); he thinks two of the three judges got it wrong – he conveniently doesn't say which judge got it right – and that the commentators were biased towards Volkanovski. This is out of character for the usually blissed-out Hawaiian, but what's particularly strange about this isn't that the champ disagrees, it's that he's perplexed by it.

Volkanovski seemed exasperated by Holloway's talk at the media day, saying that it's clear he won the first bout by any metric and that maybe Blessed is a sore loser, making excuses for a potential second loss. This also relates to their preparation for the rematch: Volkanovski went to the Australian government to get special permission to conduct in person training – the remnants of this sparring can be seen in the scar currently on the bridge of his nose – and has spent most of that time reportedly tinkering with his game plan to ensure he's radically different to their prior meeting, meanwhile Holloway insists that he has been in quarantine and only trained via Zoom classes. The Australian sees this as one of two things: a cheap ruse that no one believes, or a premade justification for back-to-back losses.

If there is one fighter on the UFC 251 card who needed an in-depth training camp, it's Max Holloway. Known for his volume, in the first three rounds of his five-round loss to Volkanovski, he was outstruck by an increasingly wide margin and, by the end, was practically paralyzed by harsh leg kicks; in total, he landed only 17 strikes to Volkanovski's legs while receiving an outstanding 75. He entered the fight with a significant height advantage and found himself chopped down to size by the final bell. 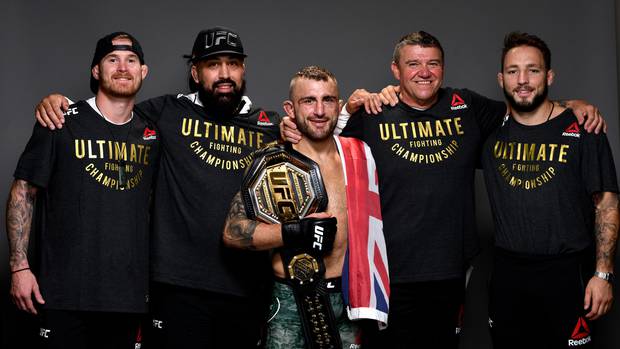 Not only that, it was clear that he was bamboozled by Volkanovski's high output. He trains out of City Kickboxing (CKB) Gym in Auckland, New Zealand and his team mates are UFC Middleweight Champion Israel Adesanya and Dan "Hangman" Hooker, and all three are known for their insane, high level striking. UFCstats.com credits him for throwing 303 strikes and landing 51 percent overall at UFC 245, but his performance suggests that the 49 he didn't hit were never intended to land; compared to the pitter-patter of punches Holloway uses to wear his opponents down, the CKB style is to load up on feints, switches and setups in order to confuse the rival and prepare them for the strike that's intended to land. It's the martial arts equivalent of jazz.

Because of this, the Great comes into this weekend as the favorite: he's fired up, ready to prove he's the real deal (to Holloway above all else) and a deserving champion. Holloway, on the other hand, is either trying to lull the champion into a false sense of security or has taken his catchphrase – "too blessed to be stressed" – to a careless extreme.