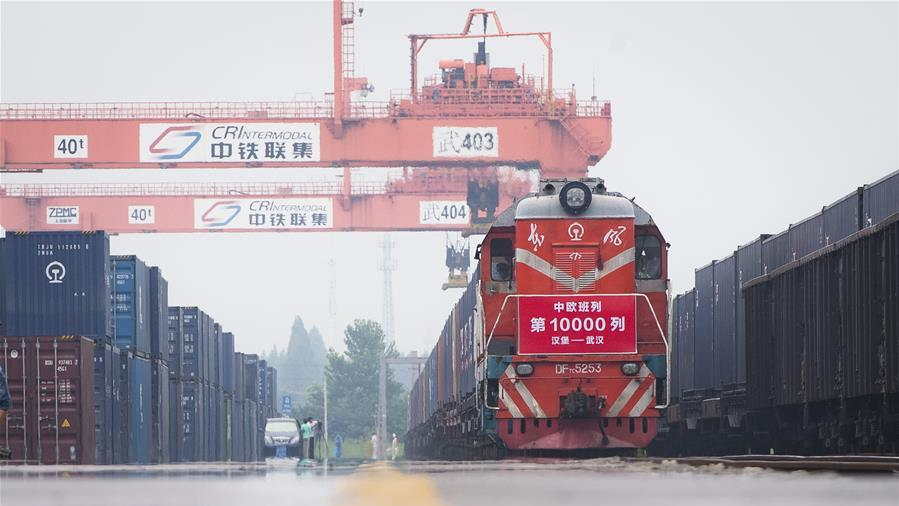 The number of freight trains between China and Europe increased by more than a third in the first half of 2020 despite the COVID-19 pandemic, according to China State Railway Group Co., Ltd.

A total of 5,122 trains operated on the route during the period, an increase of 36% compared to last year. In June alone, the number reached a record 1,169.

China Railway said that the rise in traffic reflects international cooperation in pandemic control and prevention and in sustaining stability in foreign trade and industrial and supply chains.

The first China-Europe freight train with epidemic prevention materials for Europe left eastern China's Zhejiang Province on March 21. Since then, 3.67 million items of such materials, weighing about 27,000 tonnes, have been transported via the line.

With air and sea transport links negatively affected by the pandemic, more goods generally have been shifted to China-Europe freight trains. The total transported goods through the routes totaled 46,100 20-foot equivalent units (TEU), an increase of 41% compared with the same period last year.

At the same time, a digital port system code-named "95306" was put into operation by China's railway system to enable comprehensive information-sharing and paperless customs declarations among countries along the routes.

Additional measures have been taken to effectively monitor and coordinate routes and trains to cope with the surge in operating volume, according to China Railway.