Is Turkey entrenching itself in Yemen amid escalating strife with UAE?
By Li Ruikang 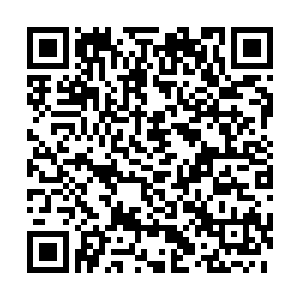 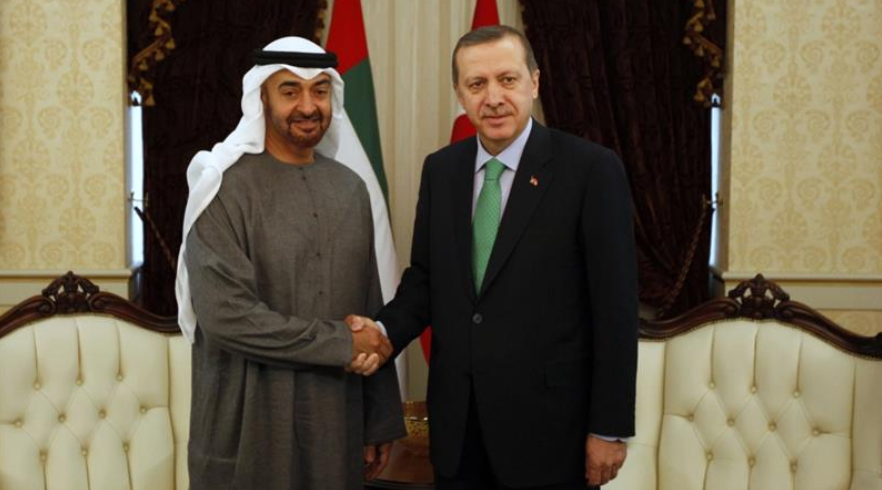 As Turkey relishes the outcomes of recent military success in Libya, questions have been raised over whether an emboldened Turkey is now also extending its hand to Yemen, a paradoxical arena where Ankara's regional adversaries find themselves frustrated by prolonged warfare.

With Ankara edging closer to a more direct confrontation with the United Arab Emirates (UAE), the main backer of Turkey's military opponent in Libya, accounts suggesting that Ankara is deeply entrenching itself in Yemen, where Abu Dhabi has much at stake, have prevailed. But analysts doubted this assertion, while also acknowledging there is indeed room for Turkey to get involved in Yemen.

UAE-financed news media recently published a series of articles alleging that Turkey and Qatar were leading a coordinated campaign in Yemen to roil the Saudi-led Arab coalition's endeavor in bringing peace between the Yemeni government-in-exile under President Abdrabbuh Mansur Hadi and the Southern separatists or the Southern Transitional Council (STC).

This comes as Saudi Arabia is scrambling to unite the UAE-backed STC and the Saudi-sponsored Hadi administration in a broader military campaign against Iran-aligned Houthis in northern Yemen.

The STC, which aspires to secede from Yemen, has prevailed over the UN-recognized Yemeni government in recent battles. With Saudi Arabia's auspices, both sides signed a power-sharing deal last November, however, their failure to implement the agreement has been evident as armed clashes persisted until Riyadh again brokered a ceasefire last month.

Ankara and Doha, with the help of Yemen's Muslim Brotherhood-affiliated al-Islah Party, were working together to create anti-Arab coalition militias and steer Yemeni fighters away from the pivot of the Hadi government, said UAE-funded media. 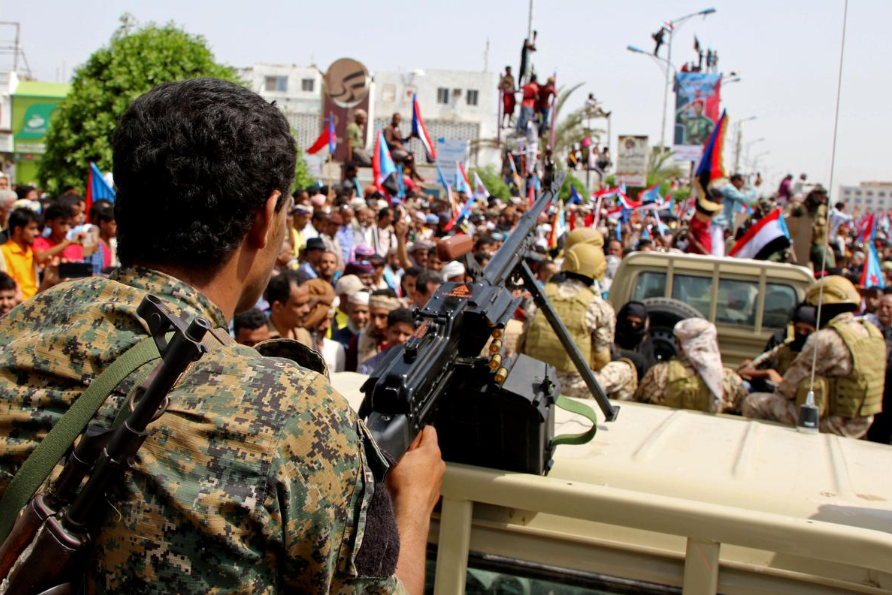 Members of the Houthi rebels are seen with their supporters as they march during a rally in southern port city in Aden, Yemen in 2019. /Reuters

Members of the Houthi rebels are seen with their supporters as they march during a rally in southern port city in Aden, Yemen in 2019. /Reuters

But Turkish state media has strenuously contested such allegations and questioned the credibility of the reports.

Independent observers also raised skepticism of these accounts' accuracy, suggesting they fit into a narrative that Abu Dhabi-associated media has been promulgating – which tends to overstate a Turkish threat in Yemen.

Although Turkey has indeed built ties in Yemen, these allegations exaggerated the scope and intensity of Turkish involvement in the war-stricken country, and served as a smokescreen to divert attention from the rise of the STC and the likely fall of the Hadi government, said assistant professor at Kings College London Dr. Andreas Krieg.

For Abu Dhabi, the propensity to heap blame on Turkey arises from its need to eschew scrutiny on its support for the STC, as funding from the UAE has emboldened the Southern separatists who then opted to challenge, rather than cooperate with, the Hadi government, Meir Litvak, chair of the Department of Middle Eastern and African History at Tel Aviv University, told CGTN. "That the UAE has been rendering support for the STC has infuriated its allies within the Arab coalition and particularly Saudi Arabia."

Putting aside the credibility of these reports, the underlying notion does raise questions over the extent to which Turkey is involved in Yemen and whether Ankara has an incentive to enter the fray.

"Part of Turkey's greater ambition is to restore its influence in all areas that had been under the Ottoman Empire in the past, and it wants to outflank Saudi Arabia from the south," said Litvak.

Turkey, along with Qatar, forms the crux of an emerging Islamist bloc in the Middle East and North Africa. Both have extended direct aid to their proxies on multiple battlefronts, while in other parts of the region, they have also been promoting activities in line with a soft power approach via organized humanitarian outreach. The aim is to counter the influence of what is called the Saudi-UAE-Egypt axis and expand a support base that mostly consists of Islamist sympathizers. 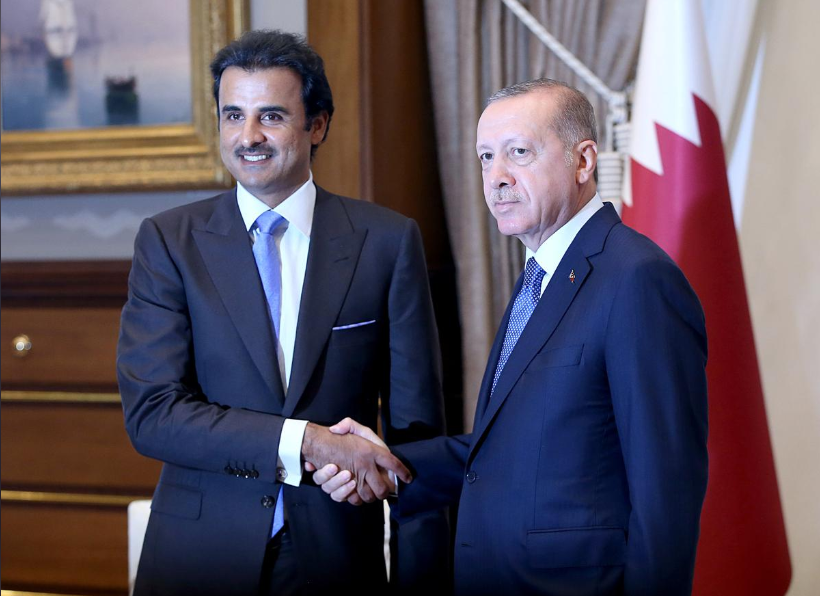 The Turkey-Qatar alliance and the Saudi-UAE-Egypt axis almost always find themselves on the opposing sides of interminable conflicts in the region, as the former has the tendency to support those who demand a way of governance that is more in line with a rigid interpretation of the sharia (Islamic law), and the latter is inclined to back any political organization that represents a quietist tradition in Islam or advocates for a secular regime.

On top of that, the dividing line also rests with whether there is readiness to launch revolutions and change the status quo, or there is a firm rejection of taking action that would challenge state authority.

The two sides seem to be locked in a zero-sum game in which only the stronger will prevail while the weaker will become irrelevant in the arena. "When you have these regional powers vying for regional supremacy, an irreconcilable rift between them is inevitable," said Litvak.

In Yemen, the influential al-Islah Party is considered the main entry point through which Turkey can find its way into the scene as they are more ideologically aligned with one another. But at the same time, al-Islah is also forging closer relations with its previous foe, the Saudis.

Al-Islah was previously blacklisted by both Saudi Arabia and the UAE due to its connection with the Muslim Brotherhood. But Riyadh, realizing that al-Islah is an indispensable part of Yemen's political fabric, has recently mended ties with the party and supported its alliance with the Hadi government. Unlike the Saudis, though, the Emiratis and the STC have remained firm in opposing any party's role.

"Turkey may well extend limited assistance to al-Islah, but it is unlikely that the party will jeopardize its support from the Saudis," wrote Omar Ahmed, a Middle East analyst, in an opinion piece published by London-based news website Middle East Monitor.

Nevertheless, with the overstretched war continuing to drain Riyadh's resources, the Saudis may soon find themselves in a situation where they cannot afford to keep afloat the funding of local mercenaries who have yet to make any tangible breakthroughs in challenging Houthi-domination of the north, Ahmed argued. 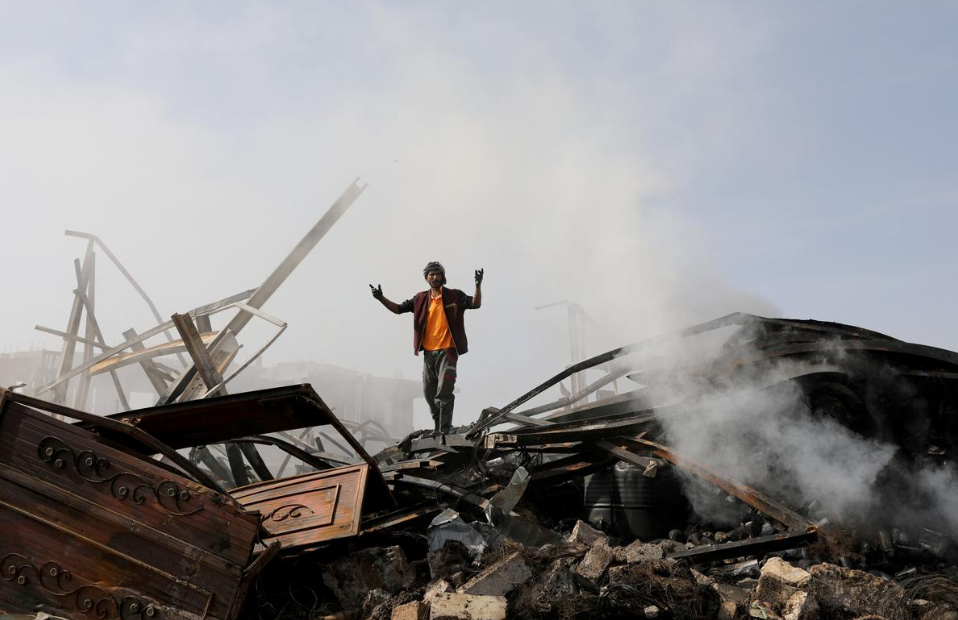 A worker reacts as he stands on the wreckage of a vehicle oil and tires store hit by Saudi-led air strikes in Sanaa, Yemen July 2, 2020. /Reuters

A worker reacts as he stands on the wreckage of a vehicle oil and tires store hit by Saudi-led air strikes in Sanaa, Yemen July 2, 2020. /Reuters

Coupled with the coronavirus havoc and Riyadh's ambition to diversify its oil-dependent economy, the Saudis are even less likely to sustain the years-long war. This reality, which helps explain why Riyadh is eager to find a political solution for the Hadi government - STC rivalry, also leaves room for Turkey to maneuver among different parties in Yemen.

Given Turkey's regional aspirations, it will probably try to insert itself in Yemen, Litvak said. "Meanwhile, Yemen is so fragmented that it is possible that some forces will seek Turkish help."

There is also an interesting development that may indicate a growing demand among al-Islah supporters for Turkish intervention in Yemen – an overture circulating in an online hashtag campaign.

This online campaign was launched in June, nearly a month after Turkey achieved major military success in Libya, indicating that the electrifying effects of such success may have traveled deep into the heart of Yemen and possibly other parts of the region as well, arousing potential support for Turkey.

What may also create the right conditions for Turkey to unsettle its regional foes in Yemen is that its home population is showing a growing approval for its overseas military adventure. A recent survey by the Ankara-based Metropoll showed that almost 60 percent of those polled in June said they back Turkey's military intervention in Libya, a 25 percent rise compared with the result of a poll in January.

Yet it is unlikely that Turkey will all at once begin heavily investing its resources in Yemen, as Ankara is currently too preoccupied with multiple conflicts on its home front, said Livak. He also added that greater involvement in Yemen might put Turkey on the opposite side to Houthi-allied Iran, which shares mutual interests with Ankara.