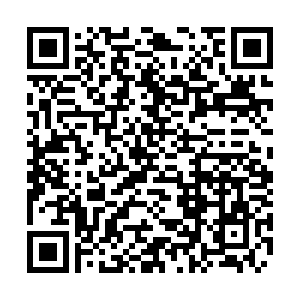 A recent Harvard study has unveiled Chinese people's rising levels of satisfaction with the government's performance since the turn of the century, on the back of improvements of their material well-being.

"We find that first, since the start of the survey in 2003, Chinese citizen satisfaction with government has increased virtually across the board," read the study published in July.

From the impact of broad national policies to local town officials' conduct, Chinese citizens rate the government as more capable and effective than ever before, it underlined.

The survey asked respondents to evaluate government performance on a scale of 1 to 4, with one indicating "very dissatisfied," and 4 "very satisfied."

Satisfaction with county government rose from 2.54 to 2.9 during the period from 2003 to 2016, while for the township government, the reading increased from 2.32 to 2.8 across the same period. 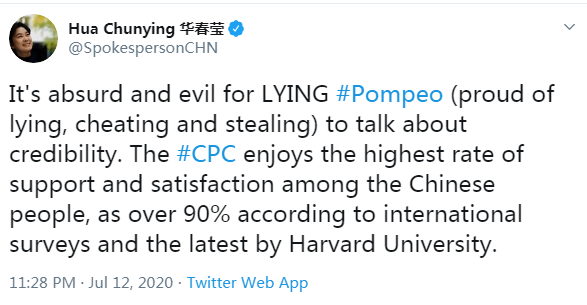 Noting that Pompeo is proud of lying, cheating, and stealing, Hua told a press briefing that it is absurd and evil for Pompeo to talk about the Communist Party of China (CPC)'s credibility.

She pointed out the latest published survey showed that the CPC enjoys the highest rate of support and satisfaction among the Chinese people, as over 93 percent.