A young Beijing swift rescued at an ancient gatehouse
CGTN 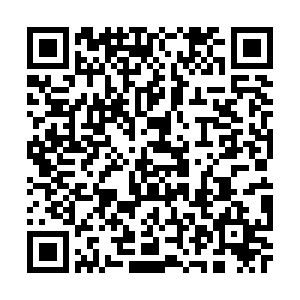 At a corner of the steps on Zhengyang Gate, a plain little bird huddled itself alongside the stone, shivering. A great number of Beijing swifts were circling around the gatehouse, but this wounded one couldn't join them.

Beijing swift (Apus apus pekinensis) is a subspecies of common swift (Apus apus) in Beijing. Each April, the swifts finish their journey from southern Africa and back to Beijing for breeding. When the newborn swifts grow up, they will continue practicing their flying skills and join the next migration journey at the end of July.

The birds prefer to nest in the city's ancient buildings such as gatehouses and palace eaves. Zhengyang Gate, located at the southern end of Tiananmen Square, was the front gate of the inner city of Beijing during the Ming and Qing dynasties, and the swifts have been living there for over 600 years.

According to Yuan Xuejun who has been working at gate for 30 years, accidents happen each year. Some birds fall on the ground because of prey attacks, some are just too young and weak. The one found by CGTN Nature film crew was primarily believed to be the latter. And it is the first reported swift that's fallen on the ground.

Yuan and her colleague tried to send the bird back to its family for twice, but the swift kept falling. They had to call the Beijing Wildlife Rescue and Rehabilitation Center. The animal ambulance arrived at the gate at the middle night, and the swift was sent to the rescue center for treatment.