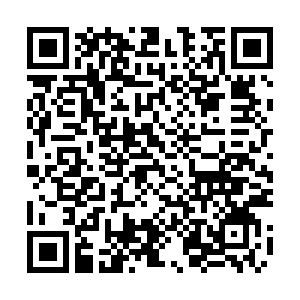 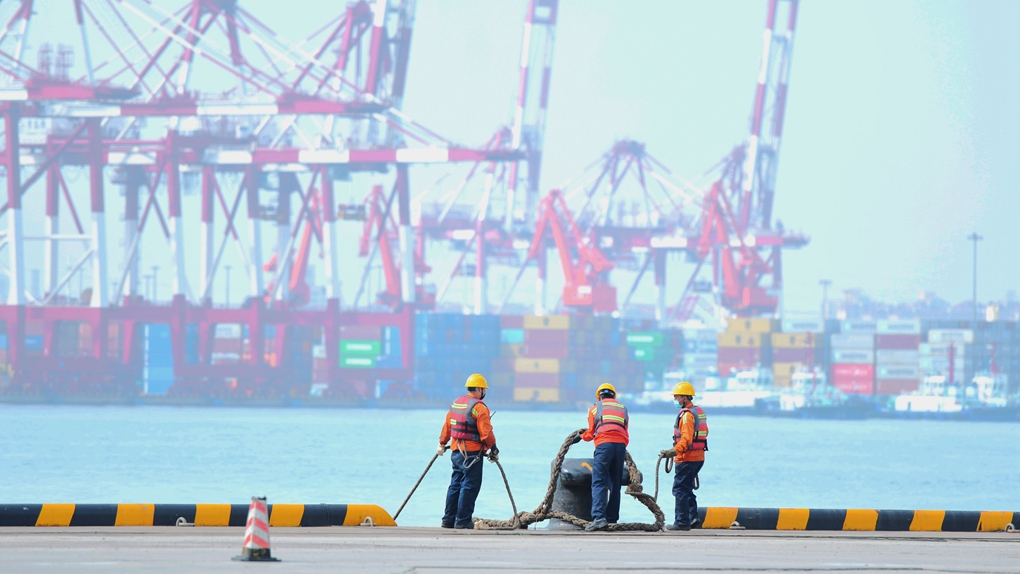 China's foreign trade rebounded in June as recovery in the country is gaining momentum under the support of strong virus-control efforts and policy measures bolstering businesses.

A Reuters poll estimated that June exports contracted by 1.5 percent from a year earlier, while imports were expected to fall by 10 percent from the previous year, as compared with a 16.7-percent fall in May.

"Based on the data in June, China's foreign trade in overall has gradually stabilized, and the previous efforts have also achieved results. Foreign trade has greatly benefited from imports, but trade contains both buying and selling, and the performance of export is not enough," said Bai Ming, deputy director of the Academy of International Trade and Economic Cooperation in Ministry of Commerce.

"The lack of exports is not because of no goods, like several months ago, but no orders, which at least presents that our production capacity has been restored. Luckily, the epidemic situation in some countries is obviously alleviating, and production and living are gradually getting better," he told CGTN.

In the first half of 2020, China's goods trade, in U.S. dollar terms, contracted by 6.6 percent year on year to 2.02 trillion U.S. dollars, according to the General Administration of Customs (GAC).

During the same period, exports declined by 6.2 percent year on year to 1.10 trillion U.S. dollars, while imports dropped by 7.1 percent to 930.9 billion dollars, data showed. 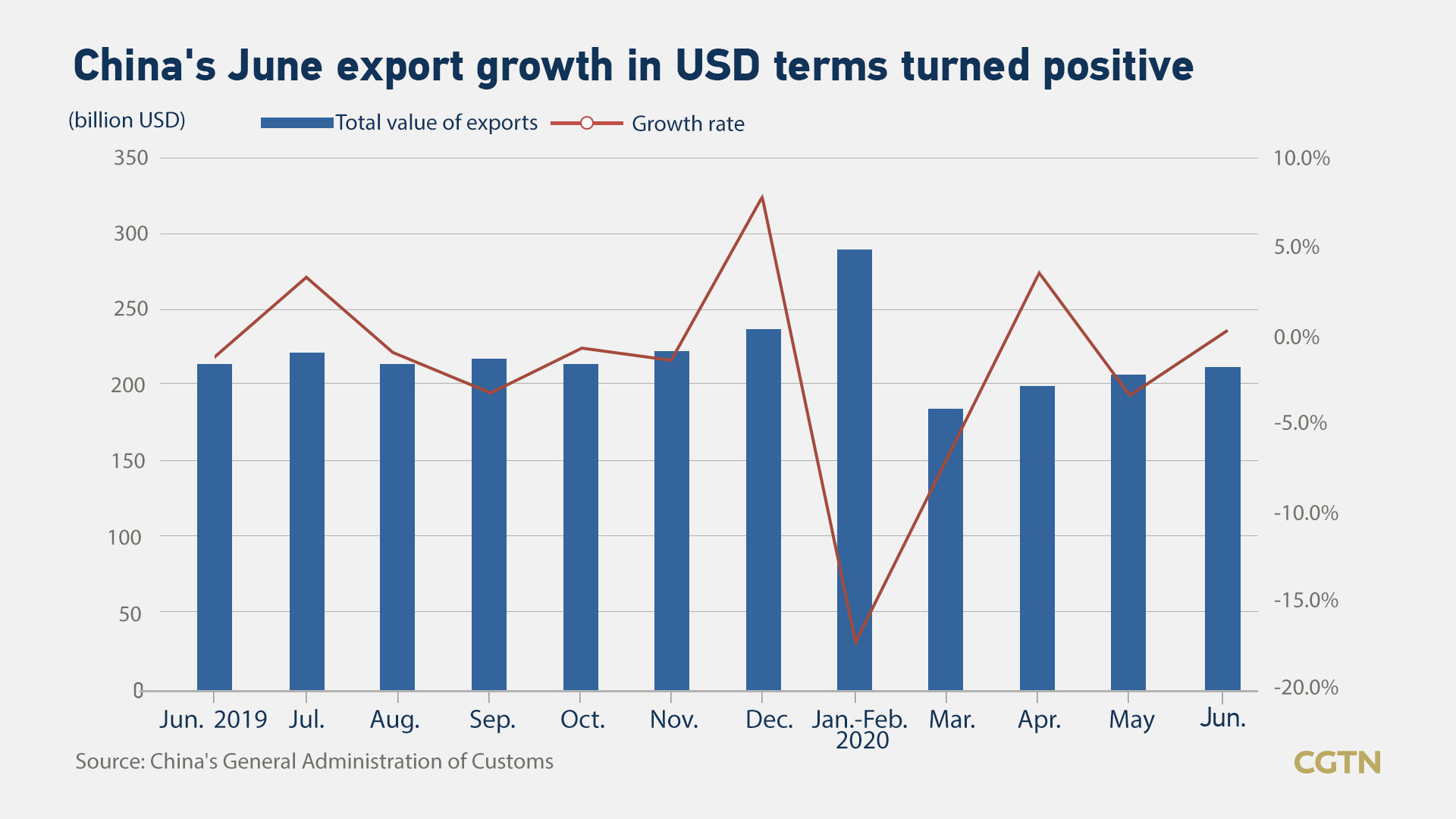 The private sector turned the tide, becoming more prominent in promoting the steady growth of foreign trade. In the first half of this year, the 6.42-trillion-yuan (about 920 billion U.S. dollars) contribution accounted for 45.1 percent of the total trade, 4.9 percent up from a year earlier, and up by 3.5 percentage points from the same period last year, with exports accounting for 53.7 percent of the total exports.

General trade, which represents a longer production chain and higher added-value as the key indicator of a country's foreign trade competence, decreased by 2.6 percent year on year in H1, accounting for 60.1 percent of the country's total trade, but 0.4 percentage points higher than a year ago. 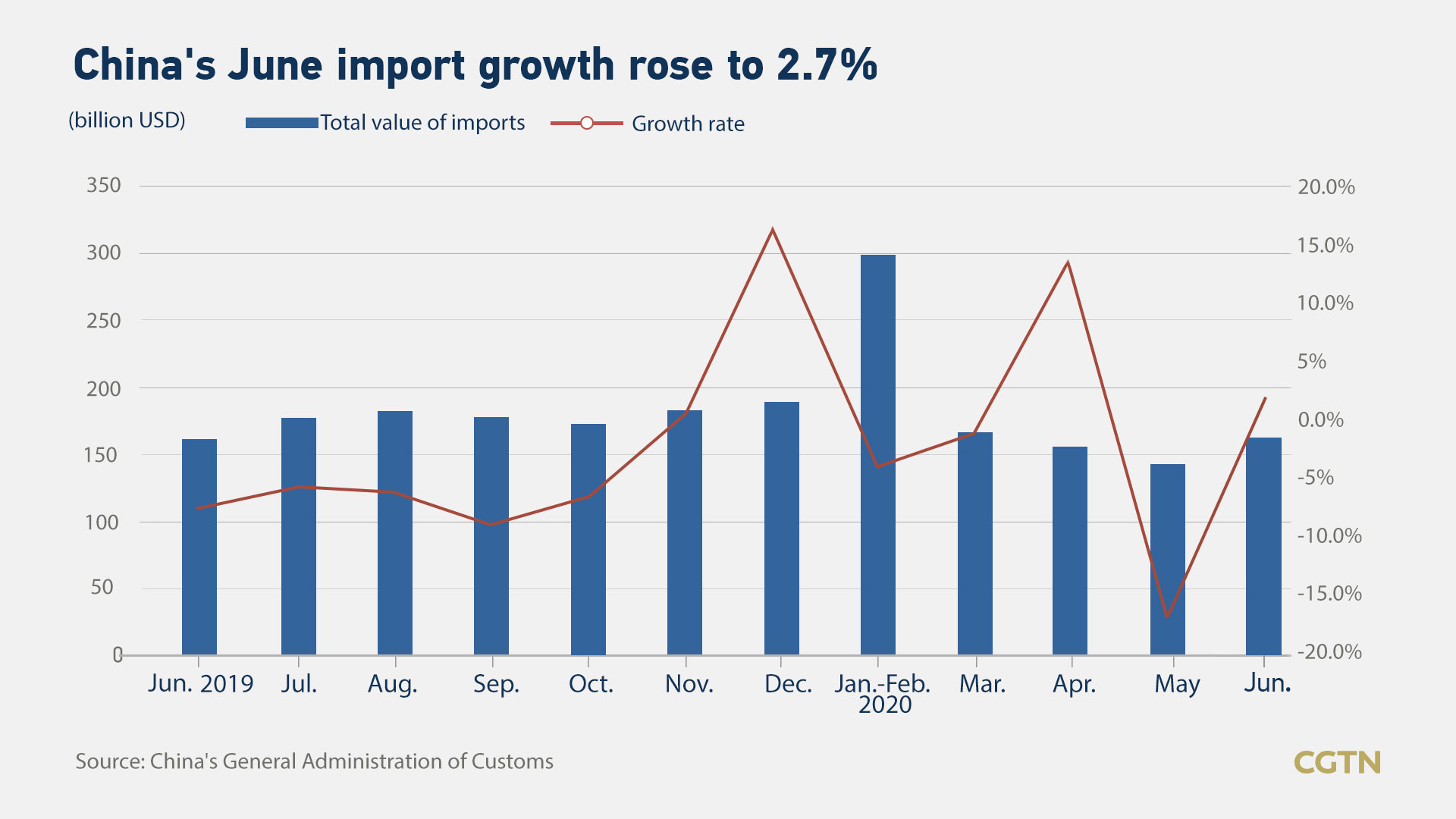 Exports of textiles including masks increased by 32.4 percent in H1, and exports of medical materials and drugs, and medical devices increased by 23.6 percent and 46.4 percent respectively.

Meanwhile, exports of laptops and mobile phones rose by 9.1 percent and 0.2 percent, respectively, driven by the rising need for "working from home."

During the first six months, ASEAN remained as China's largest trading partner with trade up by 5.6 percent year on year to 2.09 trillion yuan, accounting for 14.7 percent of China's total foreign trade.

China's trade with the Belt and Road countries inched down by 0.9 percent to 4.2 trillion yuan.

"Maybe there will be a relapse, but the worst is over," Bai said, noting that the future of foreign trade depends mainly on the recovery of the world economy, especially the major trading partners such as European and American countries, as well as the Belt and Road Initiative, whether it can play a greater role.

Given the impressive resilience in China's exports, Nomura said it has raised its forecast for China's export growth for the second half of this year to 0.0 percent year on year from -9.0 percent.

Lu Ting, chief China economist at Nomura, told CGTN that there are three factors driving China's exports growth in the second quarter (Q2), namely, a catch-up in production and exports delivery to fulfill the backlog built up during Q1, a quick move to contain the coronavirus when other major economies were deeply mired in the pandemic, as well as massive stimulus in the U.S. and other major economies supported demand.

Lu also mentioned the changing factors in exports based on the global situation. "In the near term, the prolonged pandemic could further boost China's exports of personal protective equipment (PPE), home appliances, computers and mobile phones. However, as some countries gradually reopen their economies and start producing PPE domestically for security reasons, China's exports of those products could decline."

"Assuming the pandemic will be gradually contained in the second half, we raise our export growth forecasts to 0.0 percent year on year in both Q3 and Q4 from our previous forecasts of -10.0 percent and -8.0 percent, respectively, said Lu.

Nomura also raised China's import growth forecast for the second half of 2020 to -1.0 percent year on year from -7.0 percent.

But significant negative downside risks to China's exports remain if the pandemic extends to end-2020 or even into 2021, said Lu.

In its latest June forecast, the International Monetary Fund predicts China to be one of the few economies achieving positive growth this year.