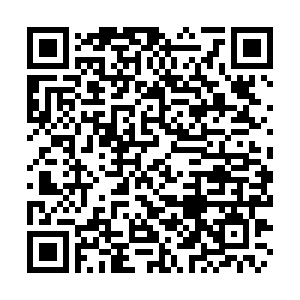 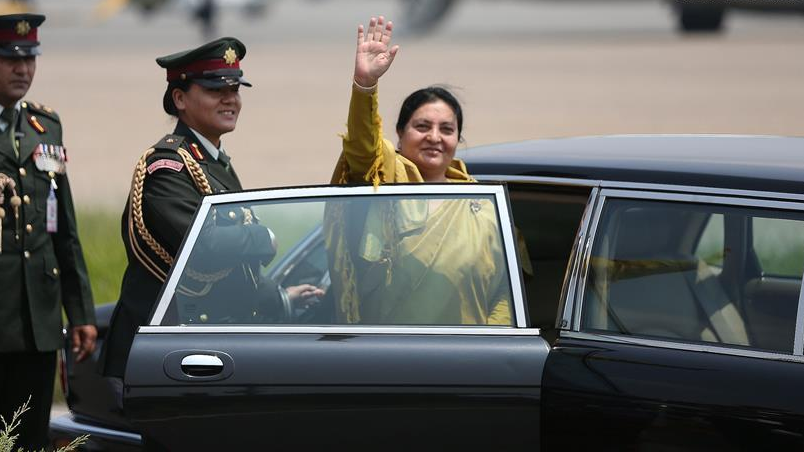 Nepali President Bidya Devi Bhandari waves as she leaves for a visit to China at Tribhuvan International Airport in Kathmandu, capital of Nepal, April 24, 2019. /Xinhua

Nepali President Bidya Devi Bhandari waves as she leaves for a visit to China at Tribhuvan International Airport in Kathmandu, capital of Nepal, April 24, 2019. /Xinhua

Editor's note: Mahendra Subedi is a Nepali journalist currently in Beijing. The article reflects the author's opinions, and not necessarily the views of CGTN.

In recent weeks, Nepal took some diplomatic and political moves that directly pinched its southern neighbor India, giving the latter a stunning surprise and sudden blow.

Nepal's move not only challenged India's age-old narrative on bilateral relations but also retained the Himalayan republic's diplomatic diktat. A series of diplomatic face-offs have called for re-definitions of the India-groomed grand narrative that regard India as the big brother, the trouble-free open border and the relations of bread and bride.

In one sense, Nepal's latest stance has humiliated India. But on the other, it has also exposed India's poor diplomatic dealings in South Asia. It is understandable that India barely enjoys good relations with other South Asian countries. Nonetheless, it does not mean that Nepal wants sour relations with India as it advocates the balanced ties on equal footing without India micromanaging Nepal's domestic affairs.

As the Indian side unilaterally constructed roads in Nepal's territory to link China's Mansarovar, Nepal took this act seriously and asked the Indian side to halt the construction. Through the road development, India was delivering the message of ownership to that area. In response, Nepal was also obliged to take a step but that became costlier to India, indeed. India can't afford to ignore Nepal's national unity for the border issue. The confrontation reached at its climax after Nepal updated its new political and administrative map including Kalapani, Limpiyadhura and Lipulekh, which India had been claiming its own. Nepal's President Bidya Devi Bhandari on June 18 authenticated the proposal to amend the Constitution that incorporated the three sites after the Parliament approved it unopposed.

Now, Nepal is claiming its stake up to Limpiyadhura in the West – the origin of Kali River as defined by the Sugauli Treaty signed between British colonized India and Nepal in 1816.

However, India has been orchestrating a foul play over the source of Kali River and opposing Nepal's claim in the recent decades. As claimed by border experts, India is creating a fake point in the snowy Himalaya as the origin of Kali River – an expansionist ploy of India that it often exhibits with other neighboring countries.

The thing turned from bad to worse when India's army chief Manoj Mukund Naravane on May 15 provoked the issue saying "Nepal might have raised the issues (of border) at the behest of someone else," indirectly referring to China.

Such an irresponsible remark coming from a non-diplomatic and non-political sector not only plunged the bilateral relation but also ignited the people in Kathmandu with anti-Indian sentiments. Actually, such a harsh comment from the army chief on the border dispute was uncalled for.

India is often reluctant to hold talks with Nepal on border disputes but the lone agenda of determination of origin of Kali River is a must. Unfortunately, Nepal has not even got a chance to furnish the evidences on the source of Kali River because of India's denial for dialogues.

For the matter to resolve, Nepal has repeatedly asked India to open the doors for talks in view of the changed context. Despite Nepal's continuous pitch for reactivation of Foreign Affairs Secretary-Level Joint Commission to troubleshoot the border dispute and release of the Eminent Persons Group (EPG) report, India has been turning a deaf ear for no reason. "We have been making regular efforts for talks and are awaiting Indian side's concrete response," Nepal's foreign minister Pradeep Gyawali briefed the media on June 19. Nepal believes that India is being insensitive and irresponsible towards talks to amicably resolve the outstanding border differences. Refraining from friendly consultations, it is encroaching upon Nepal's territory.

The blunder India has done in regard to its Nepal policy is to belittle Nepali citizens' ambitions and their progressivism to view at the changing regional power dynamics. The point is India's traditional influence is eroding not only in Kathmandu but also in the entire South Asia. And this is not because of other countries but because of India's bullying. Instead of pointing fingers on others, India is expected to review its flaws – both political and diplomatic. Though that's unlikely from the Indian side, it's already too late for them.

Now, India has the only thing left and that is to lament. Also, India should be open for demilitarization of those areas to begin talks and this will be good for security concerns of Nepal, India and China too.

Nepal and India have never been arch rivals but existing narratives are being ruptured without causing any damage to relations. Never colonized in history, Nepal has gathered such guts.