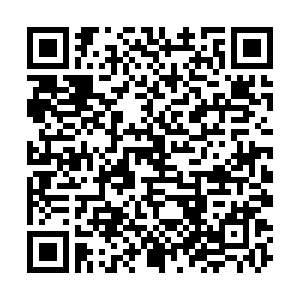 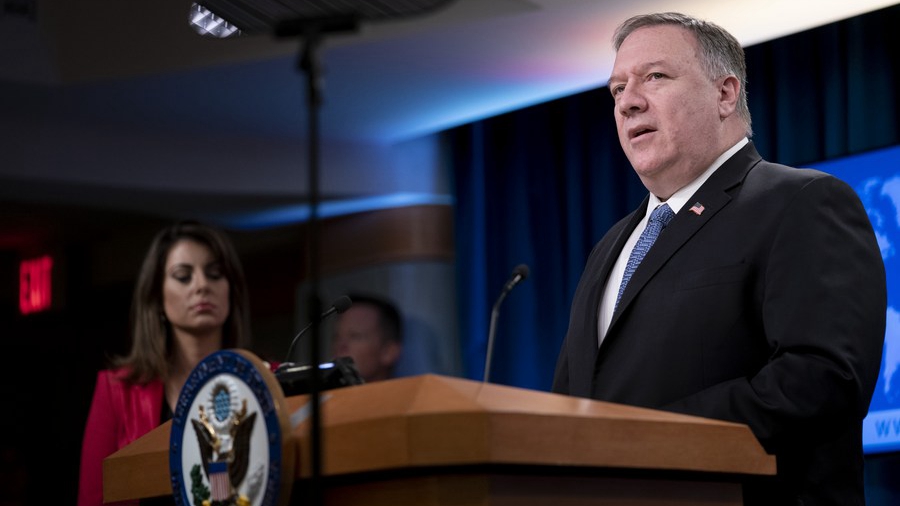 On the afternoon of July 13, the U.S. Department of State and Secretary Mike Pompeo issued a statement concerning the South China Sea which declared, in an apparent shift in position, China's claims as "completely unlawful."

Carefully ignoring specific territorial disputes above the surface and focusing on the waters themselves, the statement proceeded to align itself with a 2016 court tribunal decision which argues China's position on the sea as a whole and any of use of disputed resources is invalid.

Pompeo then proceeded to accuse China of seeking to create a "maritime empire" and a "bullying campaign," stating it stands with its partners in Southeast Asia.

The shift in the American stance is subtle, but it is a deliberate attempt to incite growing tensions in the region and give momentum to other countries in the view to encouraging pushback against China. Although the United States itself is ironically not a party to the law of the Sea Convention, which it cites concerning the South China Sea, which undermines its credibility, nevertheless it sees geopolitical opportunity in weaponizing this dispute as part of its broader anti-China push.

However, rather than being something "new", China's claims to the area are longstanding and consistent, and in the midst of potential military encroachment, Beijing is likely to strengthen its hold than relent to U.S. pressure.

This historical background led to the creation of China's first official claim over the given islands by the Qing in 1876. Later, the 1887 Chinese-Vietnamese Boundary convention signed between France and China after the Sino-French War stated that China was the owner of the Nansha and Xisha islands, although the maritime boundary was not specified.

After end of the imperial era, the First Republic of China continued its claim to the islands, however the region was soon occupied by the Empire of Japan in World War II. When the conflict was over, the surrender of Japan and previous declarations by the western allies (such as Potsdam) failed to clarify the status of the islands.

Consistent with its claims, the Republic of China in 1947 reasserted sovereignty and created what was known as the "Eleven Dash Line" (later nine) derived from a 1935 map, which was subsequently carried over to the People's Republic of China in 1949. The result however of the failed clarification has created a number of disputes with neighboring countries, such as Vietnam, the Philippines and Malaysia.

Despite the strong historical consistency of such claims, Mike Pompeo argues "The PRC has no legal grounds to unilaterally impose its will on the region" and subsequently cites the United Nations Convention on the Law of the Sea and the 2016 concerning the Philippines. 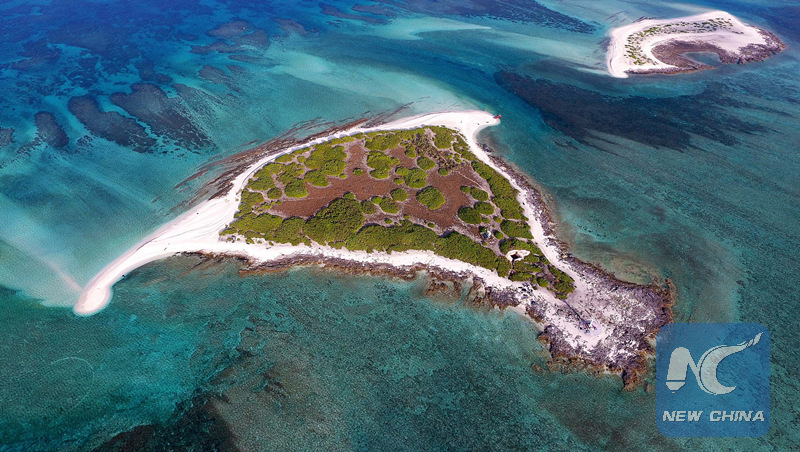 The Nanshazhou of Xisha Xuande Islands is a tiny islet in the middle of the South China Sea. /Xinhua

The Nanshazhou of Xisha Xuande Islands is a tiny islet in the middle of the South China Sea. /Xinhua

It is worth noting however that despite citing it and taking its position, the United States itself is not a party to the law and does not adhere to it for strategic reasons. Thus, the reason why the American position has subtly changed is not because of respect for "obligations under international law" (how can you respect or advocate a law you refuse to be subject to?) but as part of Washington's broader incitement and pursuit of confrontation against China as a whole.

In doing so, the strategic aim is to weaponize this dispute in order to provoke unrest and broader skirmishes between China and regional parties, encouraging them to push back and looking to further undermine their relationships with Beijing. This includes Malaysia, the Philippines, Brunei, Indonesia and Vietnam.

The administration anticipates that this will be interpreted as a sign of American support and therefore is inviting them to become more assertive on this issue in the view to pushing back against China, all while carefully still not taking a position on their specific territorial claims.

However, will it change Beijing's position? Not likely. As a longstanding sovereign claim which predates the state itself, China is likely to double down its position on this issue and seek to sustain what it perceives as its rightful national sovereignty.

In summary, it is misleading to portray the South China Sea issue as "PRC aggression" when one looks at the very consistent and lengthy history behind China's official position on the waterway, which has been the same for nearly 150 years, with the modern dispute being a product of World War II.

Either way, the United States cannot preach a maritime law to China that it itself does not adhere to; this is an obvious hypocrisy and double standard. In doing so, it is obvious what Pompeo's motivations are, to cause trouble.