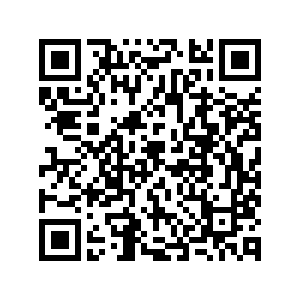 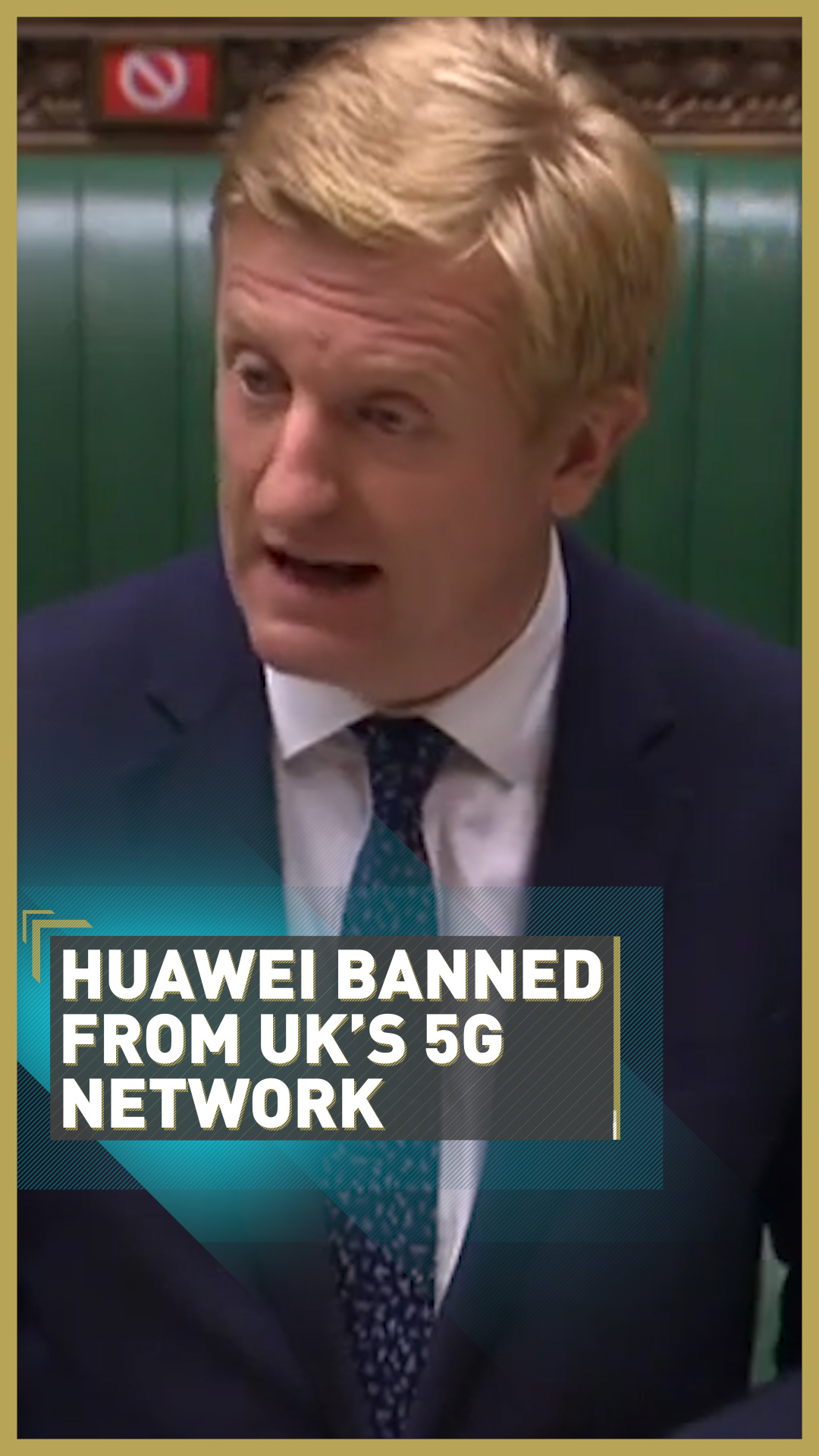 The decision will delay the UK-wide rollout of the new 5G network, which offers vastly higher capabilities than previous wireless technologies, by up to three years and add an additional $2.5 billion to the cost, Dowden said.

"This has not been an easy decision, but it is the right one for the UK telecoms networks, for our national security and our economy, both now and indeed in the long run," he told the British parliament.

China's ministry of foreign affairs had previously warned that the UK's ability to offer an open and fair market would be a touchstone for the post-Brexit economy and would set the tone for future Chinese investment.

A spokesperson for Huawei, Ed Brewster, said the decision was "politicized" and was "bad news for anyone in the UK with a mobile phone."

He added that Huawei disagreed with the basis of the assessment and called on the government to reconsider.

The decision marks a U-turn for Prime Minister Boris Johnson's government, which in January granted permission for Huawei equipment to be used in up to 35 percent of the less sensitive aspects of the network.

China's ambassador to the UK, Liu Xiaoming,  tweeted on Tuesday that it was a "disappointing and wrong decision."

"it has become questionable whether the UK can provide an open, fair and non-discriminatory business environment for companies from other countries," he said.

WHY HAS THE UK CHANGED ITS MIND ON HUAWEI?

The British government says the U-turn was prompted by sanctions imposed on Huawei by Washington that prevented the Chinese company using American components. That development led the British security services to change their assessment of the threat posed by Huawei's kit, Dowden told members of parliament.

The Trump administration in the U.S. has claimed that Huawei could be used as a gateway to "spy" on the UK. Huawei has no record of engaging with espionage and has consistently denied any links to the Chinese government. The firm's founder, Ren Zhengfei, has said: "We would rather shut Huawei down than do anything that would damage the interests of our customers."

Members of Johnson's Conservative Party have sided with the U.S. and urged a tougher stance against Beijing.

Ambassador Liu said restricting Huawei would suggest that Britain was dancing to the tune of Donald Trump and could not lead its own independent policies even after leaving the European Union. 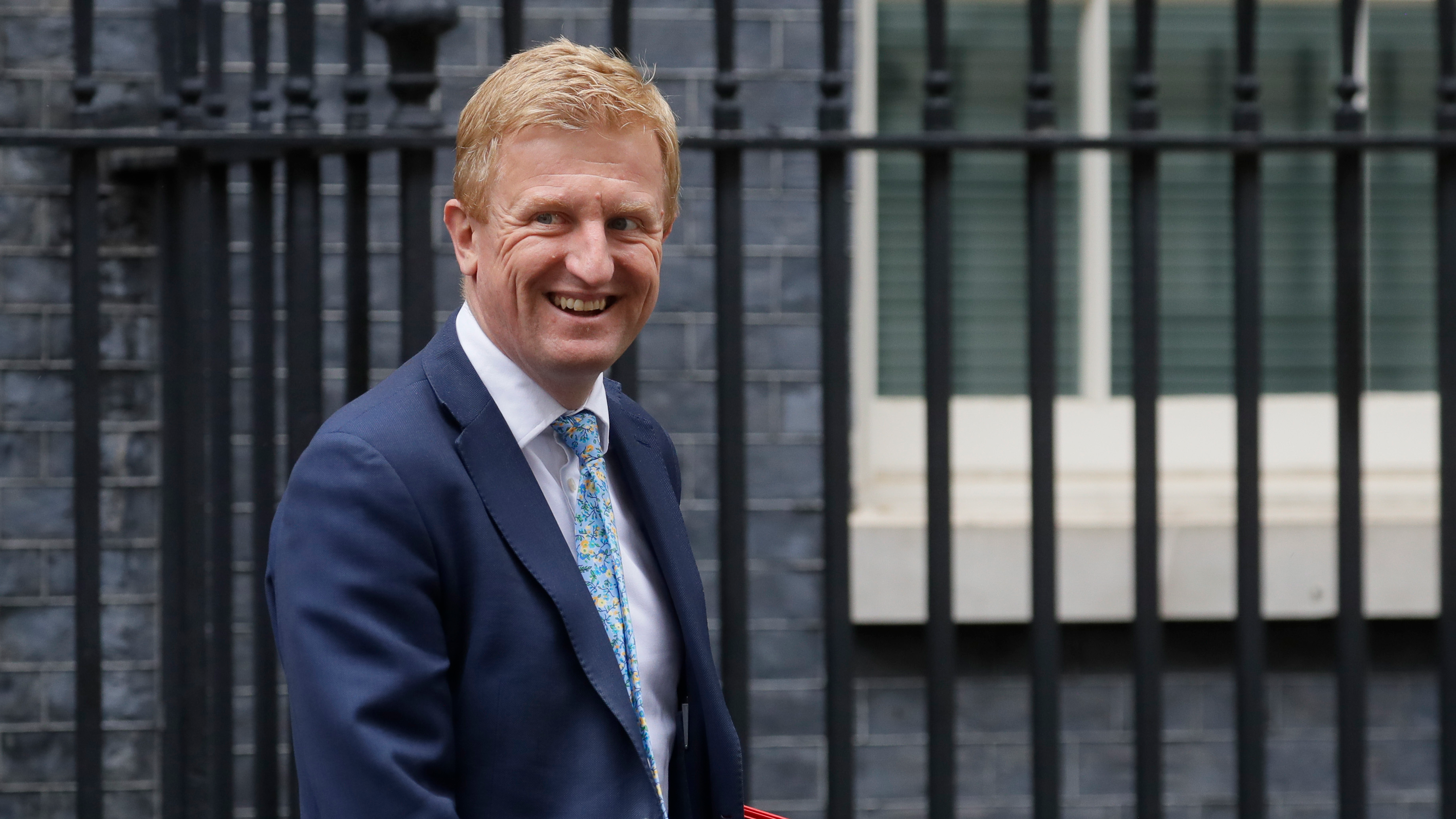 Oliver Dowden has only been in place as culture secretary since February 2020. /AP Photo/Kirsty Wigglesworth

Oliver Dowden has only been in place as culture secretary since February 2020. /AP Photo/Kirsty Wigglesworth

WHAT IS THE FALLOUT FROM THE DECISION?

The back and forth has put Huawei at the center of growing China/UK tensions, which have been exacerbated since Beijing ratified the new national security law in Hong Kong.

Britain angered China by openly criticizing the legislation and offering a path to UK citizenship for up to 3 million Hong Kong residents, a decision described as "gross interference" in Chinese internal affairs by Ambassador Liu.

At stake is an economic partnership that supports more than 100,000 UK jobs, at a time when the world is struggling to recover from the impact of the coronavirus pandemic.

Johnson's government made strengthening underdeveloped regions a key part of his successful election campaign but promises to deliver improved connectivity around the country will be hit by today's decision.

"Instead of "leveling up," the government is leveling down, Huawei's Brewster said.