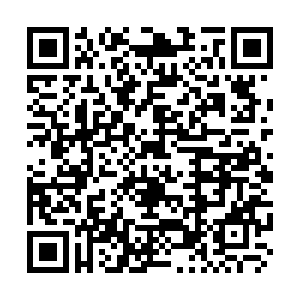 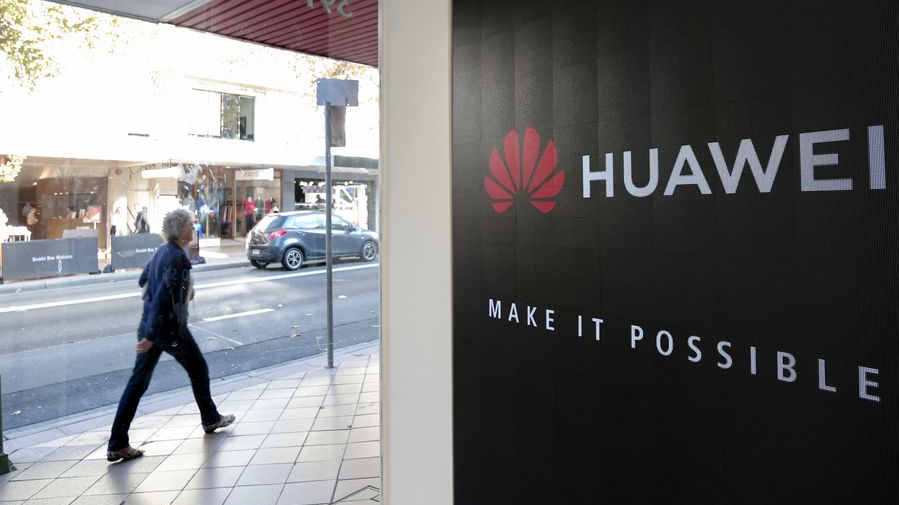 A pedestrian walks past a Huawei store in Sydney, Australia, May 23, 2019. /Xinhua

A pedestrian walks past a Huawei store in Sydney, Australia, May 23, 2019. /Xinhua

Notwithstanding all pushbacks and barriers put up by the Trump administration and amid a fierce competition in the 5G space, the Shenzhen-based Huawei continues to leapfrog the hurdles and makes new milestones in 2020 as preliminary estimates by Dell'Oro Group placed the Chinese telecom giant at the top of the global equipment market for the first quarter of this year.

The revelation followed Huawei's maiden entrance to the UK-headquartered Brand Finance's top-10 most valuable brands listing earlier this year and its whooping surge by 42 places to emerge as the sixth most innovative global company in the ranking compiled by the Boston Consulting Group, located in the U.S.

While Huawei and ZTE accounted for 39 percent of the global market – more than the 35 percent combined total of rivals Finnish Nokia, Swedish Ericsson and American Cisco – the data by Silicon Valley's leading independent market analysis and research firm heightened the importance of Chinese companies, their ability to embrace an unfavorable environment in parts of the world and flexibility to pommel the morbid challenges.

As there is no 5G firm in the U.S. that can match the low-cost and high-performance services provided by Huawei, officials in Washington are frustrated about lagging too far behind in the next-generation race. Although the Trump administration is pinning its hopes on or wants to take controlling stakes in Nokia and Ericsson, it is yet worried whether the two Nordic companies can really compete with Huawei in the long run.

Rapping sanctions and issuing of federal orders to restrict Huawei's access to American technology over its national security and foreign policy concerns, hence, remain the sole "intelligent solution" for the U.S. to obstruct the growth of the world's largest telecom company. It has also been bullying its allies to espouse the same reasoning to slap their 5G doors for Huawei.

The UK nonpartisan decision in January – though allowing Huawei a "limited role," with a 35 percent cap, in building its 5G network – boosted trust of the Brits in their government over its bold attitude to brush off the U.S.'s illegitimate demands by putting national interests first, but their longtime ambition to take advantage of world-class connectivity is threatened to shake.

However, the UK government has recently announced measures to remove Huawei from the UK's 5G mobile networks. It is announced that the UK mobile providers are banned from buying new Huawei 5G equipment after the end of 2020, and they will have to remove all of its 5G kits from their networks by 2027.

London's recoil from the prior stance could delay the deployment of 5G in the country and would cost billions to the UK economy, fettering its plans to stay competitive in the hyper-connected and hyper-broadband world.

Any flimsy, rash and perverse conclusion would take the breath away from the major UK mobile communications and fixed broadband service providers, BT and Vodafone, which have spent hefty sums and have had sweat pouring down their backs while installing Huawei masts to connect the smartphones to the 5G networks.

The weepy move could not only adversely impact almost 50 million British customers of the two key British companies who would be facing signals blackout but will also shove around 70,000 road cabinets to undergo an expensive and toll-taking process of rooting out Huawei gear from all over the country.

Uptight executives of the UK network providers last week met MPs and told them it could take up to seven years to replace Huawei kits with another option. But it is surprising what drove Johnson to backtrack from his previous posture: "The British public deserve to have access to the best possible technology (Huawei)" and sustain significant fortune and time losses to the Kingdom. 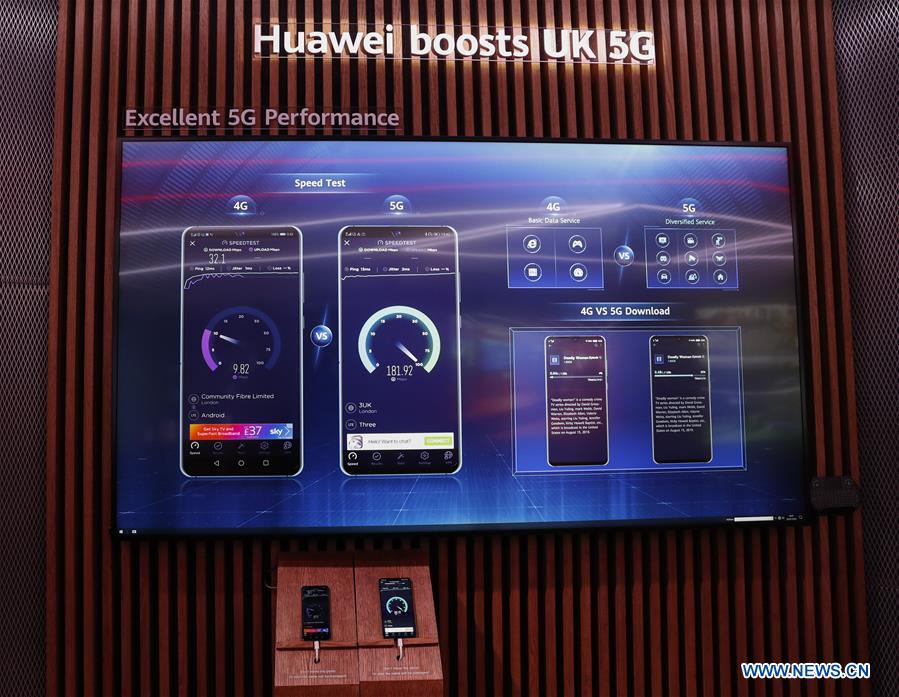 A screen shows the speed test between 4G and 5G at the Huawei 5G Innovation and Experience Center in London, Britain, January 28, 2020. /Xinhua

A screen shows the speed test between 4G and 5G at the Huawei 5G Innovation and Experience Center in London, Britain, January 28, 2020. /Xinhua

It isn't surprising to find out some hawkish elements of the Trump administration were annoyed by Huawei's participation in building the UK's 5G infrastructure and have been wielding stealthy attempts through a "Conservative backbench revolt" to urge Downing Street for a re-evaluation.

Member of the Huawei Interest Group of Conservative MPs Bob Seely's comments that he believes the government would not allow any Huawei kit to be installed after 2021 and all such equipment must be removed by 2025, hinted about the growing U.S. influence among the deniers of cooperation and empathy toward China in the Johnson administration.

This stubborn attitude would only entice a rift in the China-UK bilateral relationship that has been going through peaks and troughs despite Beijing's efforts to step up coordination on stability of the global market and economic growth, and could tarnish Britain's image as an open and free trade country.

And the U.S. has played an irrefutable role through export of its decoupling doctrine to strong-arm its strategic partner. Even though the UK in May proposed to forge an alliance of 10 democracies to create alternative suppliers of 5G and other equipment, as the pitch was a make-up of the Atlantic Council's D-10 Strategy Forum introduced in 2014, it raised doubts that Britain has arched to the mounting U.S. pressure.

The former director of operations and intelligence at the UK MI6 intelligence service, despite his incredulity toward China, communicated that the issues with Huawei were not so much about the generally conceived cyber espionage – "after all, that's happening in any place" – and debunked fears of Beijing becoming the world's dominant player in 5G technology.

Taking note of flowing Chinese investments of more than 50 billion pounds over the last decade in British energy, manufacturing, telecoms and transport sectors and the higher improbability of removing Huawei's existing infrastructure without considerable expense and delay in the rollout of 5G, Johnson should avoid taking a political decision that could have deeper implications to the global and UK economy during a global health threat and would additionally blow up the Conservatives' promise to provide gigabit download speeds to every home by 2025.

Consumers across the world have a very positive view of Huawei. As the shine of some U.S. tech halos such as Facebook and Uber pales by the decline in their reputation, Huawei continues to enjoy a strong level of respect across the global population and withstands its leadership position among the world's most valuable and strongest brands.

Through potential curbs on Huawei, London must not give Washington the license to barricade the pathway to growth and glory of its telecom operators that craves to maintain their headship in the world of 5G by strengthening their alliance and support from the leading global provider of next-generation technology.