Over 1 million marooned in Bangladesh as floods worsen
CGTN 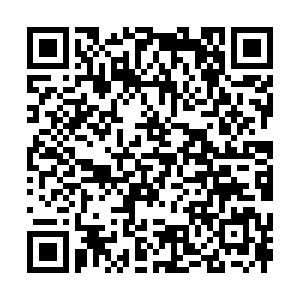 A third of Bangladesh is underwater with over 1 million villagers marooned or leaving their homes for higher ground along with their cattle and other belongings, officials and volunteers said Tuesday.

Almost 4 million people have also been hit by the flood across South Asia. 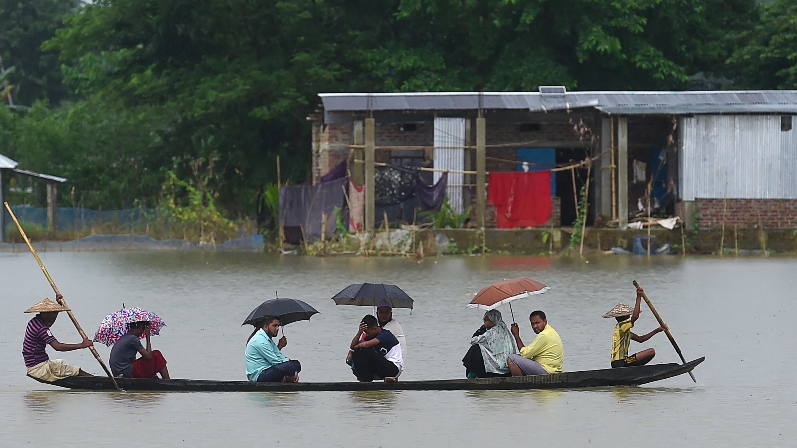 People ride on a boat through flooded waters in Sunamgong, Bangladesh, July 14, 2020. /AFP

People ride on a boat through flooded waters in Sunamgong, Bangladesh, July 14, 2020. /AFP

Water levels at major rivers were rising Tuesday at around two dozen points in 20 districts in Bangladesh. Many new areas in northern, northeastern and central Bangladesh have been affected over the last 24 hours, Arifuzzman Bhuiyan, an executive engineer with the Water Development Board, said to AFP news agency by phone. 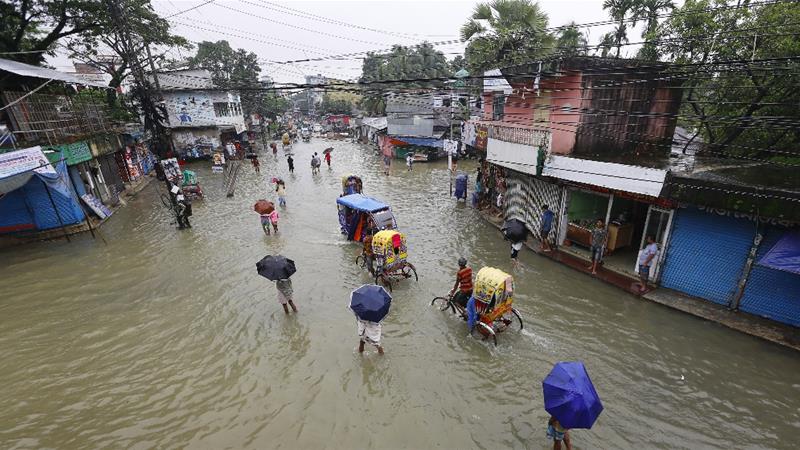 Bhuiyan said heavy rainfall and rushing waters from upstream India were the main reasons for the floods in the delta nation of 160 million people, which receives monsoon rains between June and October every year, often leading to flooding.

The floods started late last month, and after briefly easing continued to worsen, affecting many new areas, destroying crops and driving people from their homes in several impoverished regions. Bangladesh is crisscrossed by 230 rivers, including 53 shared with India.

A five-day forecast by Bangladesh's Flood Forecast and Warning Center has confirmed the severity of the floods. 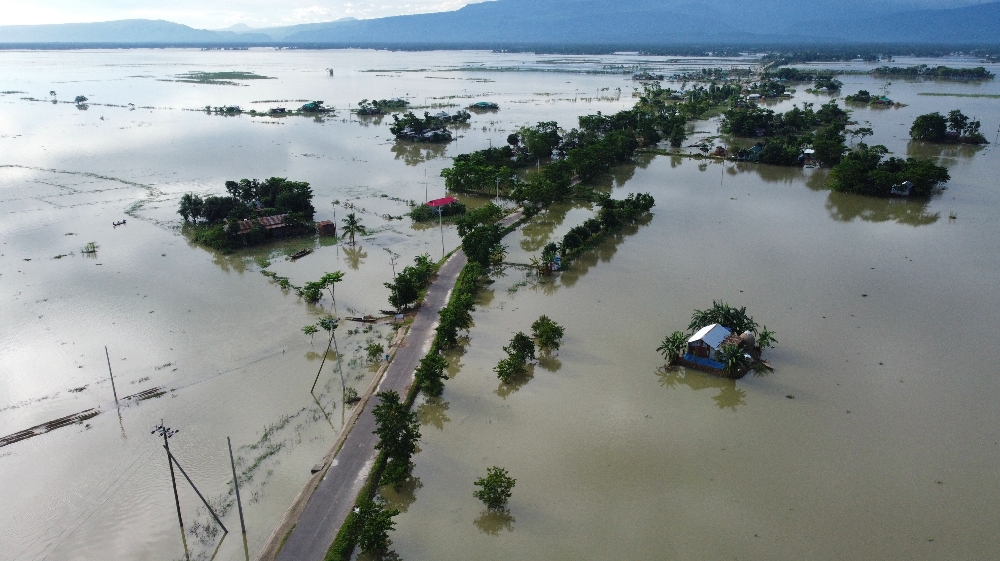 There is no relief in sight for the northwest and central parts of the country, the center said, adding it could be the worst flooding in a decade.

The Bangladesh government allocated food and cash for immediate response in the affected areas with 975 flood shelters and 175 medical teams mobilized, the UN's Relief Website reported.

In the northern district of Kurigram, one of the worst-hit areas, thousands of villagers have moved from their homes to higher ground since the weekend, bringing along their cattle and other belongings, said Mizanur Rahman Soikat, project coordinator with the Bidyanondo Foundation, a local charity. The foundation has been distributing both cooked and dry food to the flood-affected villagers, many of whom have lost their crops and livelihood.

The International Federation of Red Cross and Red Crescent Societies said in a statement Monday that more than a million Bangladeshis have been marooned by the floods, with the worst of it happening since the weekend.