Headline Buster: Why are some media conjuring up fear over the China-Iran partnership?
CGTN 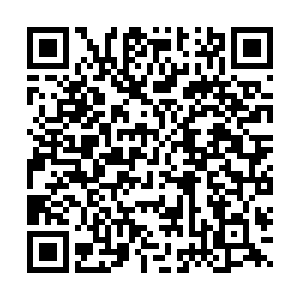 The New York Times on July 11 reported that China and Iran have "quietly drafted a sweeping economic and security partnership," which would undercut "the Trump administration's efforts to isolate the Iranian government because of its nuclear and military ambitions."

The headline, which goes, "Defying U.S., China and Iran Near Trade and Military Partnership," pretty much sets the tone of the article, implying that the deal is both a trade partnership and a military one. And that the military aspect is at least of equal importance to economics.

The article's spinning of an otherwise long-term commercial agreement for the most part, would make Adolph Ochs, the one-time legendary owner of The New York Times, turn in his grave, given he created the paper's famous slogan "All the news that's fit to print!" This news piece is a promiscuous mixture of factual reporting and opinion peddling that the paper is so good at.

So far, there's no official draft of this agreement that's publicly available. Regardless, the article says the deal "would vastly expand Chinese presence in banking, telecommunications, ports, railways and dozens of other projects. In exchange, China would receive a regular – and according to an Iranian official and an oil trader, heavily discounted – supply of Iranian oil over the next 25 years." The article adds that the deal "calls for joint training and exercises, joint research and weapons development and intelligence sharing – all to fight 'the lopsided battle with terrorism, drug and human trafficking and cross-border crimes.'"

As the article rightfully points out, such a partnership was proposed by President Xi Jinping during his 2016 visit to Iran. But in his speech about how the two sides could deepen cooperation, there's no such thing as a military partnership.

Little space is given to how the deal could benefit the Iranian people. Because of U.S. sanctions and threats, the limited European companies that have tried to operate in Iran have faltered for fear of U.S. sanctions. And given how hard COVID-19 has hit Iran, the article also fails to mention how sanctions have restrained Iranian resources in terms of available medical equipment for detection and treatment of the coronavirus. These sanctions, according to international human rights watchers, have had a debilitating impact on the people of Iran.

Instead of pointing out the much-needed humanitarian and economic benefit this partnership could bring, the article highlights the desperation that has pushed Tehran "into the arms of China." The choice of words is vivid, but also disrespectful, even condescending, suggesting the Iranian government and people can't think for themselves.

The article also argues the deal "would give the Chinese a strategic vantage point on the waters which much of the world's oil transits." Really? China only has one foreign base in the entire world, in the East African country of Djibouti. This pales in comparison to the U.S.'s over 800 military bases all over the world. Should Washington really be alarmed by such a deal? By the way, with two wars in Iraq, and one still ongoing in Syria, what has the U.S. brought to the Middle East over the last 40 years with all these mighty military capabilities?

The article also asserts that "At a time when the United States is reeling from recession and the coronavirus, and increasingly isolated internationally, Beijing senses American weakness." Reportedly this deal was conceived in 2016. So why suggest Beijing suddenly jumped on the opportunity to take advantage of American weakness? When a country needs energy, and another needs the investment, it's natural for them to form partnerships.

Speaking of partnerships, let's remember that July 14 marked the fifth anniversary of the conclusion of the Joint Comprehensive Plan of Action (JCPOA) – a.k.a. the Iran Nuclear Deal, which was painstakingly negotiated by multiple parties, including China, Iran, and the U.S. Less than three years later, in May 2018, however, the Trump administration shredded this UN-endorsed and UN-registered agreement into pieces.

China still honors the deal and its commitments. According to a Chinese Foreign Ministry's statement on the matter this week, "No matter how the international situation evolves, China will always stand on the right side of history and work with other parties to the JCPOA to continue advancing the political and diplomatic resolution of the Iranian nuclear issue."