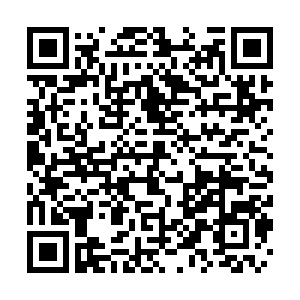 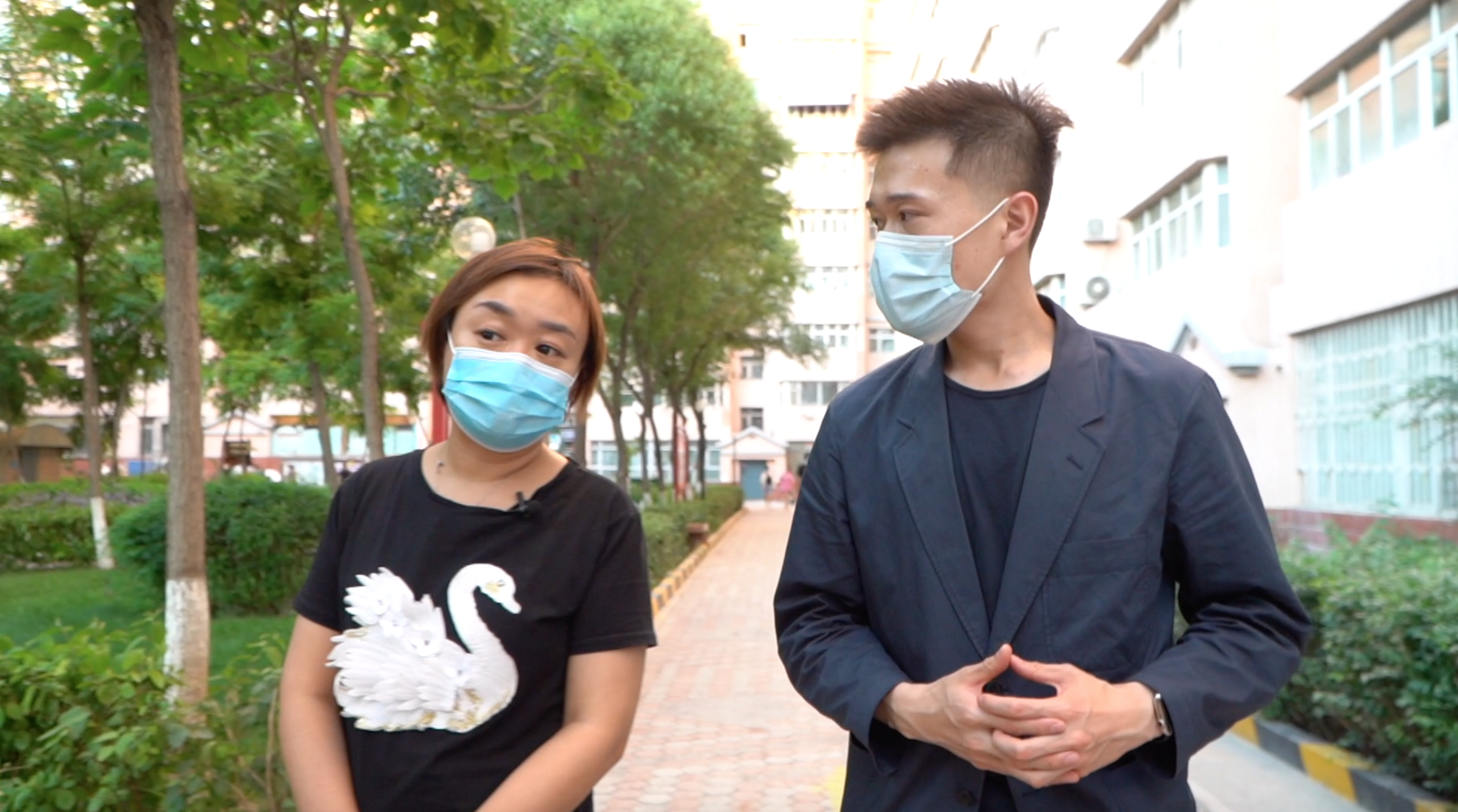 As we landed in Urumqi, push notifications started to buzz through my phone – the city saw its first confirmed COVID-19 case once again in almost 150 days since late February.

Due to the nature of COVID-19, if there is one case, it means there could be a new cluster. Yet, local prevention and control work on COVID-19 has been really good. It was surprising to see the news.

Despite our final destination to be in southern Xinjiang, we were temporarily demobilized in the city after being given the nucleic acid test and drawn blood to test antibodies.

As a journalist who has spent four months in Wuhan after the lockdown earlier this year, I had to find out how locals have been coping. With a few rounds of negotiations with relevant officials, we were allowed into a neighborhood in the city's Tianshan District, where the first confirmed case in this new cluster – a 24-year-old woman – was found.

I met a young Uygur lady named Zulhumar. When I met her, she was speaking aloud to the line of people in front of her. 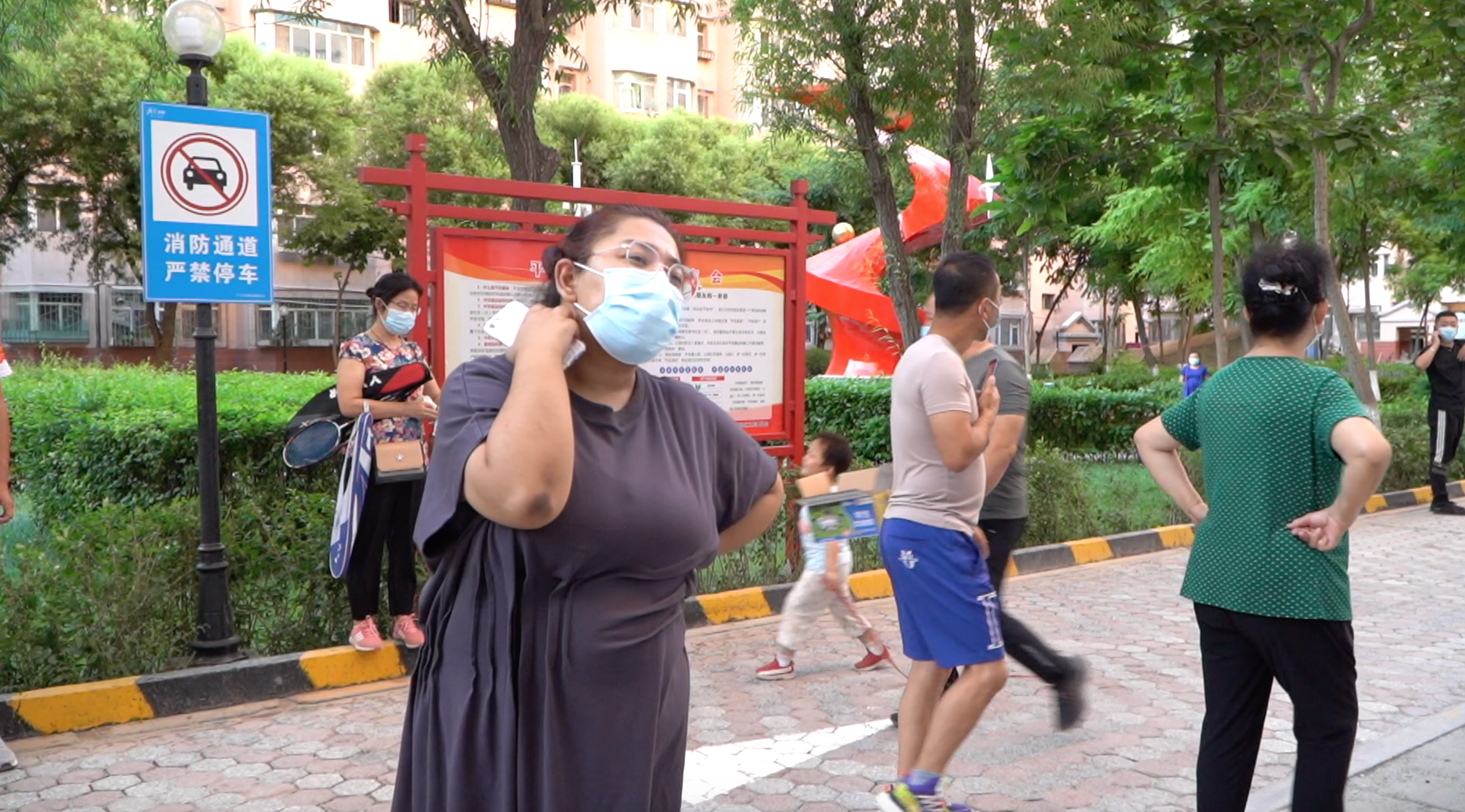 "For your own safety, please stand apart from each other," she said.

I went up to find out it was a line in front of a window shop that was linked to a market, the storefront of which faces towards the street. Due to the prevention and control of COVID-19, the back window facing the neighborhood was open so that people are able to go out through the gate to visit the shop.

Zulhumar is one of some 4,000 residents in this neighborhood. She seemed rather calm.

"Let me put it this way. As a citizen, we should try our best to cooperate. After all, it is temporary. If we do it well, the virus could be tamed earlier," she said while awaiting her turn to order.

She told me that she just wanted to get some cold drinks as the day was pretty hot. She has not stocked up on anything as she does not think it necessary.

There were children with masks on playing and people were seen doing their usual chores. However, they have been advised to not leave the compound.

"In our community, people chose to stay inside the neighbor and chose not to go out passed the gate. In order to prevent the spread between the communities," said Han Qi, head of the Community Management in Garden of Shining Stars.

With people demobilized, the supply of daily necessities is crucial.

Even though some businesses closed, community grocery stores remained open.

The Tianshan District has 120 different community grocery stores in addition to 1 to 2 convenience stores per community. 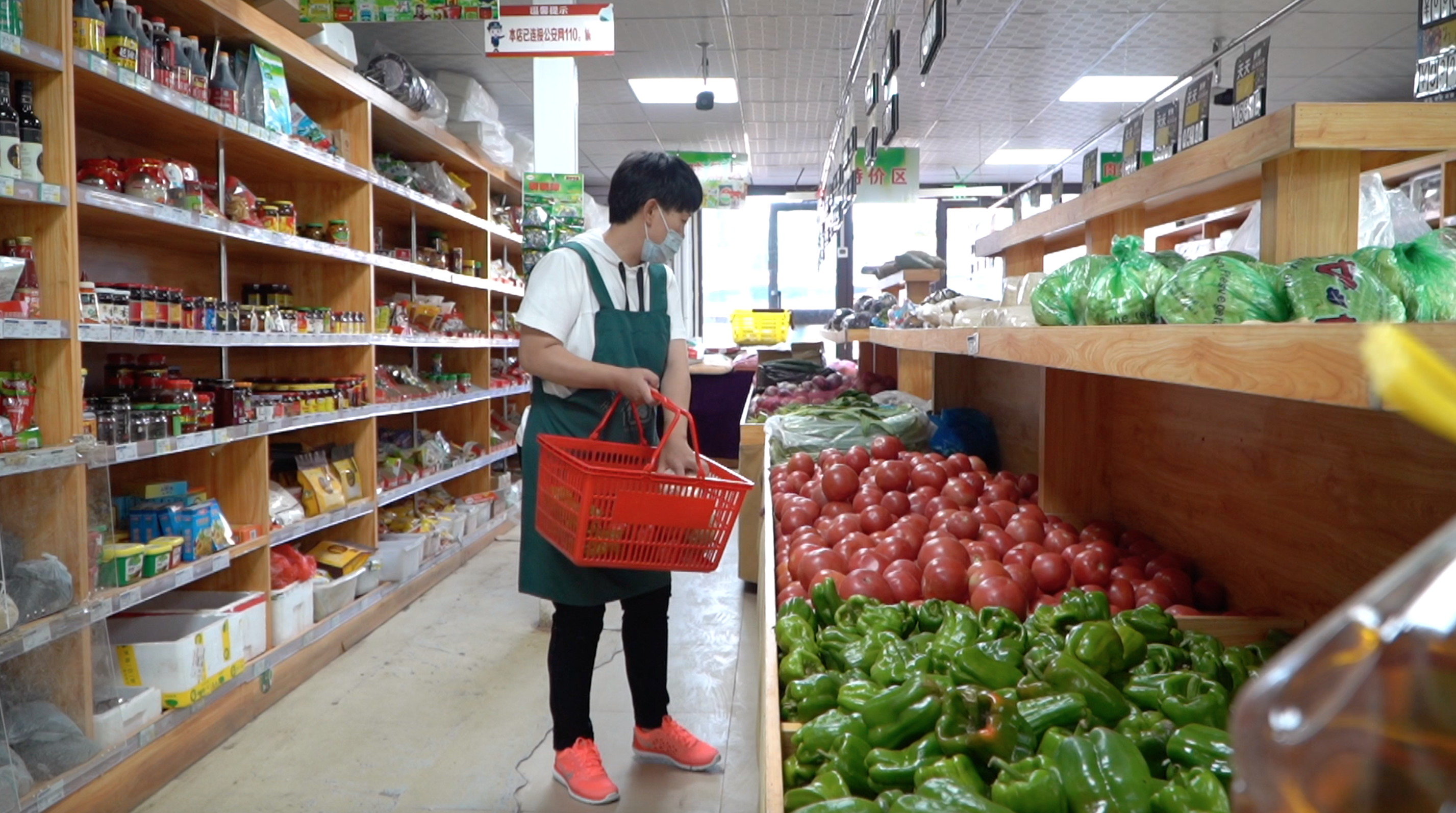 Gao Fang prepares packages of fresh produce for some 400 households every day. /CGTN

Gao Fang prepares packages of fresh produce for some 400 households every day. /CGTN

"We still keep our supply of fresh produce from 7 a.m. to 11 p.m.," said Gao Fang, manager of one of these community grocery stores. Gao also said they will always keep a three-day stock of goods.