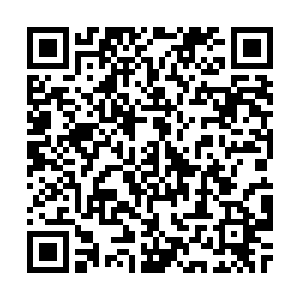 Far from bringing Europe together in solidarity, the first face-to-face summit of the European Union in five months has turned out to be a game of haggling between the 27 members states.

The summit has been extended for another day after a proposed COVID-19 rescue deal was blocked as a result of "diametrically different" stances on the massive stimulus fund to revive coronavirus-hammered economies.

Having taken on the European Council's rotating presidency on July 1, Germany under the leadership of Chancellor Angela Merkel has a central role in brokering the recovery deal.

Given opposition from the wealthy and fiscally "frugal" northern states, the EU drafted a new plan on Saturday with the portion of grants in the recovery fund being reduced to 450 billion euros (514 billion U.S. dollars) and an "emergency brake" on disbursement added. However, the deal sunk again due to calls for further cuts.

Arriving for the third day of the summit, the plan still hangs in balance as leaders quarreled over the level of spending.

On Sunday, the German chancellor warned of possible EU summit failure, Austrian Chancellor Sebastian Kurz said that a deal was in reach but there was still "a way to go," and Polish Prime Minister Mateusz Morawiecki admitted that there were still deep differences among EU members. 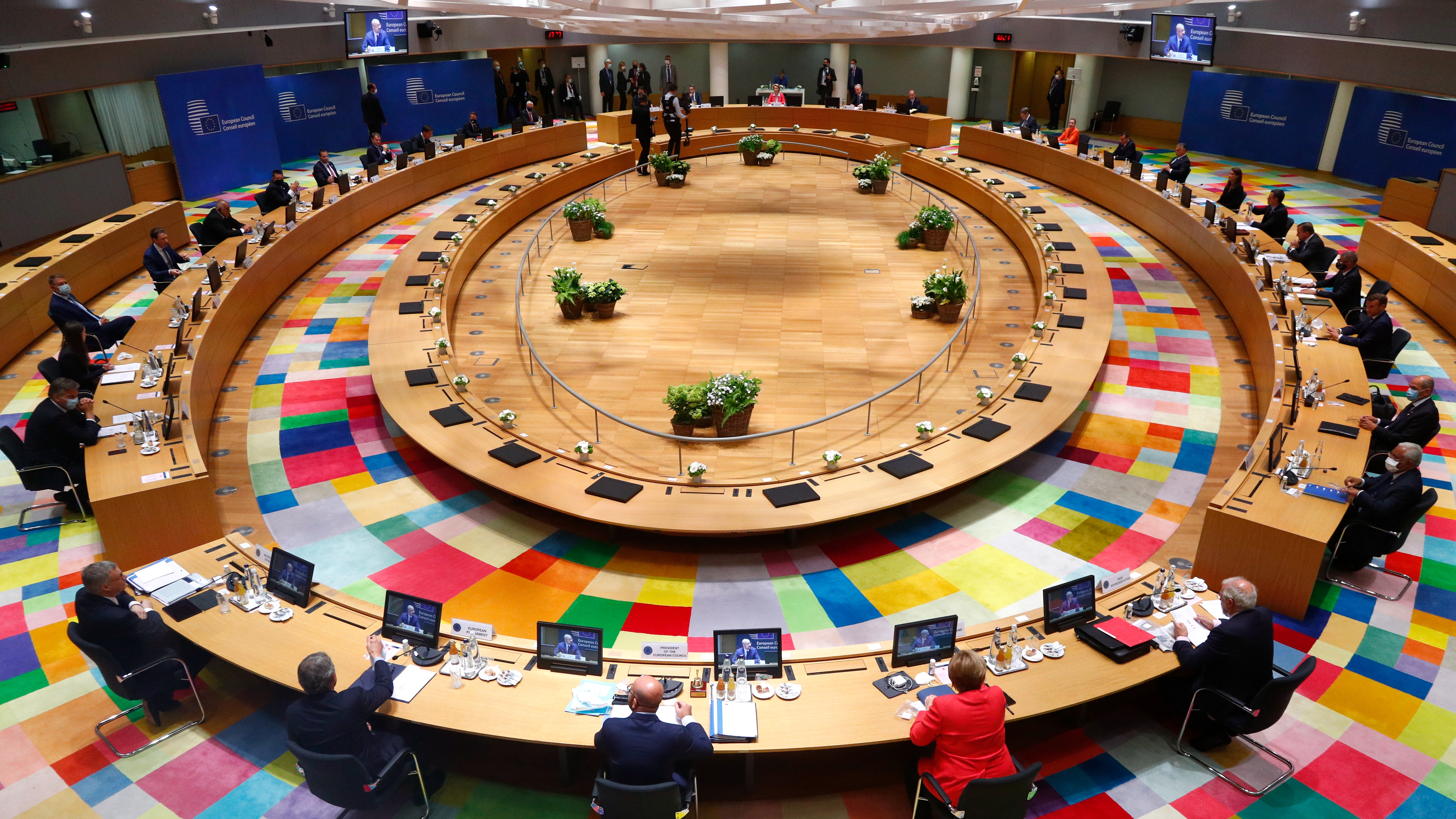 European Union leaders during a meeting at an EU summit in Brussels, July 17, 2020. /AP

European Union leaders during a meeting at an EU summit in Brussels, July 17, 2020. /AP

While the recovery fund was officially put forward by the European Commission, Merkel reportedly agreed the backbone of the plan with French President Emmanuel Macron.

Under the presidency motto of "Together for Europe's recovery," the German chancellor has said she is committed to backing a package of loans and subsidies to member states to revive economies while holding unity in the bloc.

Before the summit, Merkel emphasized Germany's strong commitment to the EU's recovery and unity during talks with Macron and Italian Prime Minister Giuseppe Conte.

She also stressed that the recovery fund "must be massive" and not be cut in size due to the "enormous task" faced by the EU. "It must be particularly powerful in order to signal clearly that Europe wants to hold together in this difficult time. There is a political dimension to it," said Merkel after hosting Conte.

However, strong opposition from some northern European countries during the summit indicated how difficult it could be to secure unity while holding firm on the recovery fund.

Acknowledging "very very large" differences among the bloc, Germany put forward a new plan and tried to bridge gaps among EU states, particularly the diverging views of the coronavirus-hammered southern states and the wealthy and fiscally "frugal" northern states.

After the revised deal was blocked on Saturday, Merkel and Macron reportedly held heated negotiations with Dutch-led northern states in an attempt to secure a new agreement before Sunday's meeting. 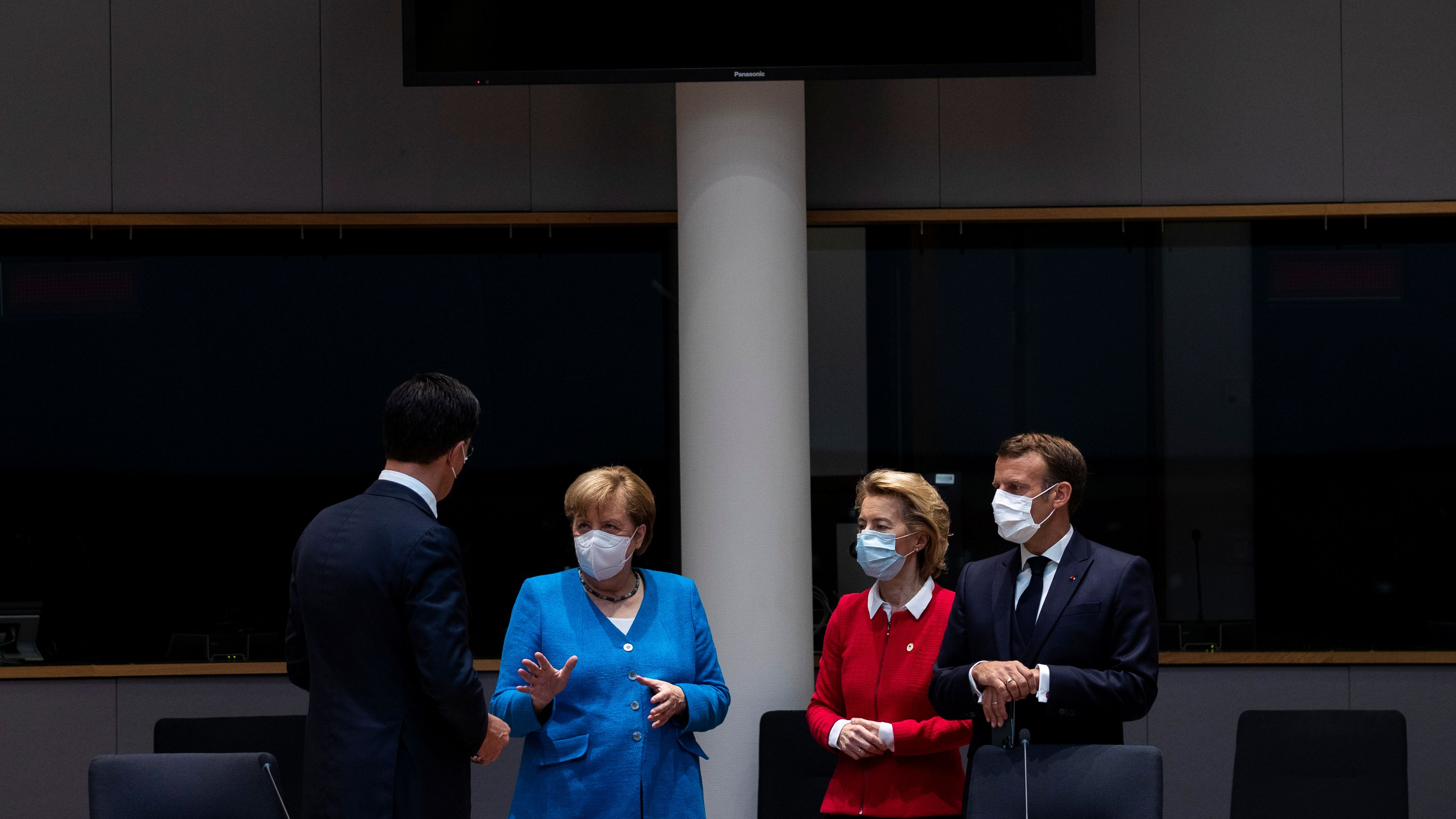 The differences mainly focus on the overall size of the package, the split between free grants and repayable loans, budget rebates for five rich net payers, vetting procedures to access aid and conditions related to the rule of law.

The European Commission's proposal, backed by Germany and France, involved borrowing billions of euros on capital markets for the first time and mutualizing the debt, meaning all member states would share responsibility to pay back the money.

The northern camp, consisting of the Netherlands, Denmark, Austria, Finland and Sweden, insisted on strict controls on payments, repayable loans, vetting procedures and cut of the funds.

"If they want loans and even grants then I think it's only logical that I can explain to people in the Netherlands ... that in return those reforms have taken place," Dutch Prime Minister Mark Rutte, a leading figure in the northern camp, was quoted as saying at the end of the first day of the meeting.

The proposal was unsurprisingly criticized by the hard-hit countries of southern Europe which are seeking more generous aid from the bloc.

When asked the results of the second day, Conte responded by saying "Europe is under the blackmail of the 'frugals'."

He also urged a quick decision on Sunday on issues such as the exact size of the EU's long-term budget and how far to use payouts as leverage for reforms. "Further delays are not useful to anybody," the Italian prime minister warned.

Many fear that differences over the economic recovery fund could further deepen the fissures in the bloc and fuel anti-EU sentiment in countries that lose out.

Facing the worst economic shock since World War II, a united EU is particularly important to its recovery and its influence on the global stage.