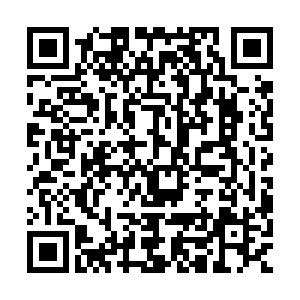 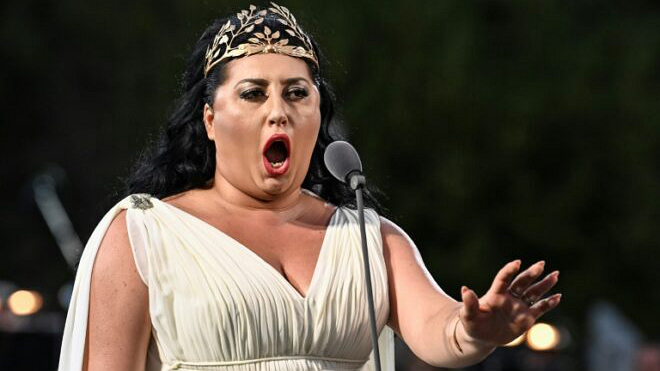 The rich mezzo-soprano voice of Anita Rachvelishvili rang out on Saturday evening across the ancient ruins of the Acropolis in Athens.

Following months of coronavirus lockdown that have left music venues, opera houses and concert halls silent across the globe, the Greek National Opera invited the Georgian opera star to perform a recital to a small audience at the Roman Agora, a unique archaeological site dating back to 19 BC.

The invited audience for Saturday's concert was made up of health professionals, hospital directors and representatives from the Greek health authorities. It was also livestreamed on the opera house's website to music lovers around the world.

"After all these months of a pause, it's the first time that I'm singing," said Rachvelishvili, who has performed the title role of Bizet's Carmen in some of the world's leading opera houses, such as La Scala in Milan and the Bastille Opera in Paris. 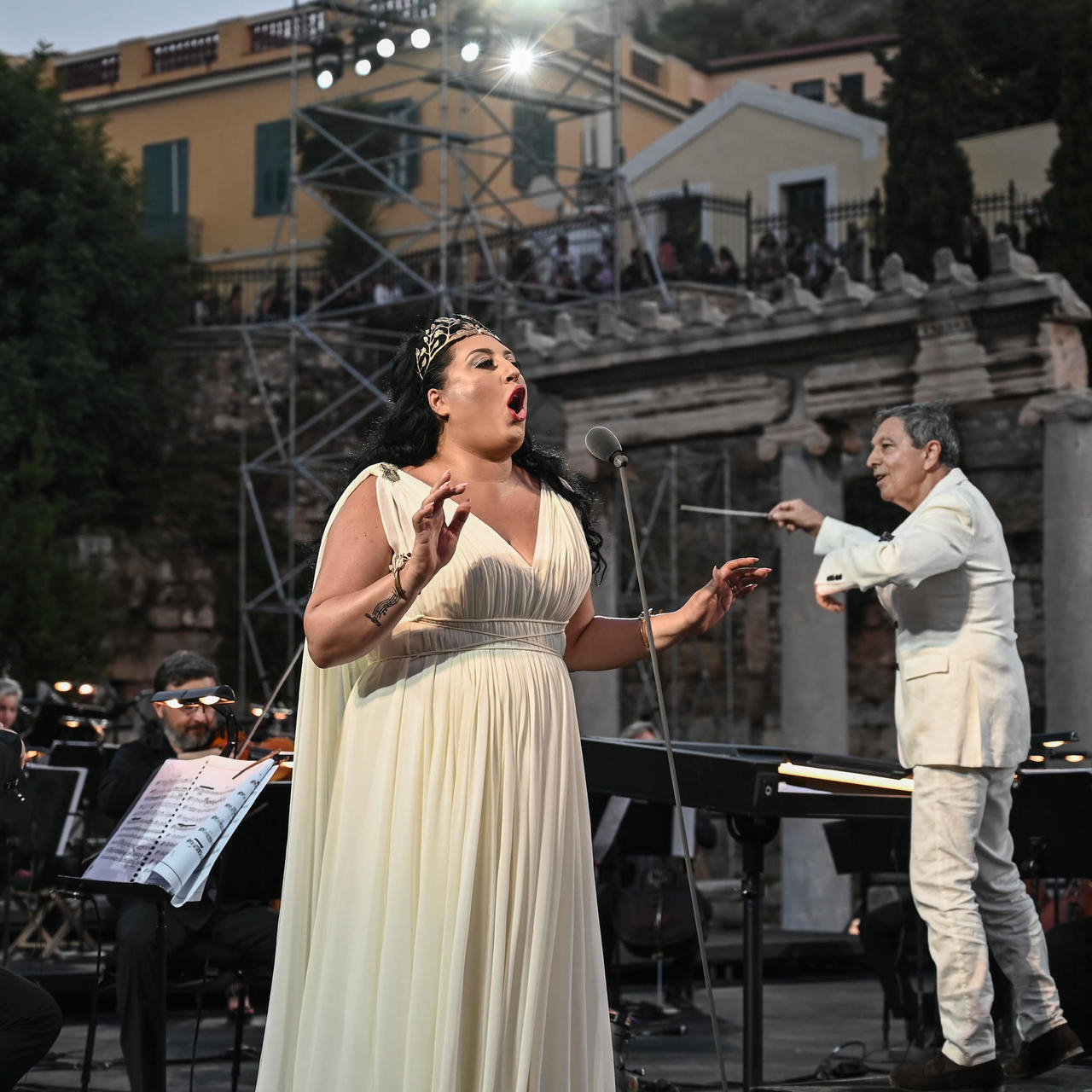 The singer told AFP before a rehearsal on Friday that music and the arts had been vital in helping people around the world cope with being locked indoors for months on end, isolated from friends, family and colleagues.

"When the economy goes down because everything stops, we have to remember… that we have art that gives us food for our soul."

The recital – in which Rachvelishvili sang selected arias by Verdi, Cilea, Gounod, Saint-Saens, Cherubini and Meyerbeer accompanied by the Greek National Opera Orchestra – also marked the re-start of cultural events in Greece following the pandemic.

Compared with other countries, Greece has escaped relatively unscathed from coronavirus, reporting only 194 deaths so far. 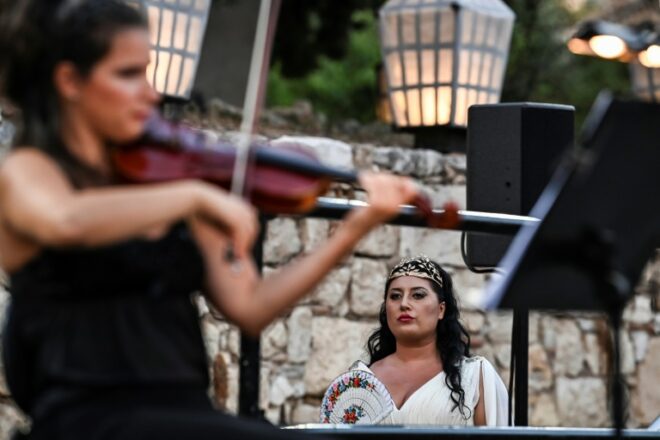 Artists perform at the concert. /AFP

Artists perform at the concert. /AFP

For the Greek National Opera's artistic director, Giorgos Koumendakis, it was vital for the entertainment industry that cultural events resume, in the safest possible conditions for audiences and performers alike.

Koumendakis added that the implementation of social distancing rules was a headache, because that "goes against the nature of the spectacle" for audiences and performers alike.

In the Roman Agora in Athens, seats were placed one meter apart, with face masks distributed at the entrance and hand sanitizer dispensers installed throughout the auditorium. 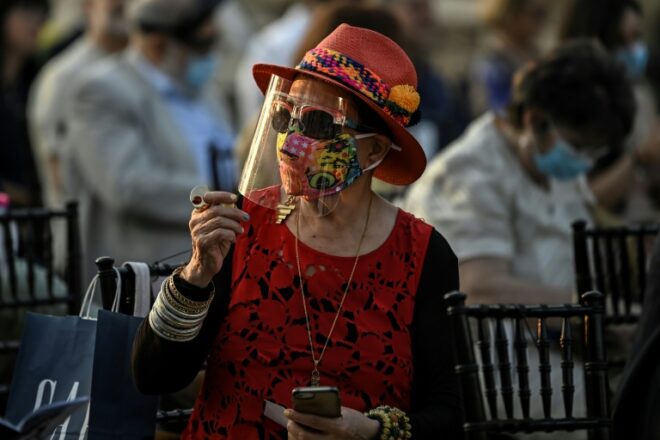 A spectator wearing a face mask and visor attends the concert. /AFP

A spectator wearing a face mask and visor attends the concert. /AFP

Among the 111 scheduled events included in the state-financed "All of Greece, One Culture" festival running until September 15, there will be concerts at ancient sites such as the fortresses of Zante and Nafplion, the Stadium of Olympia, Delphi, and the ancient theater of Epidaurus.

There will also be a retrospective honoring the 95th birthday of composer Mikis Theodorakis.

Artistic director Stella Angeletou said the many logistical and technical challenges included the transportation of, for example, a grand piano through the narrow passageways of a castle and carrying heavy lighting and sound equipment on foot under the scorching heat.

(With input from AFP; Video by Hong Yaobin)