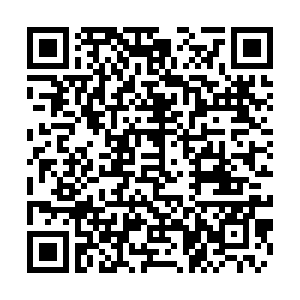 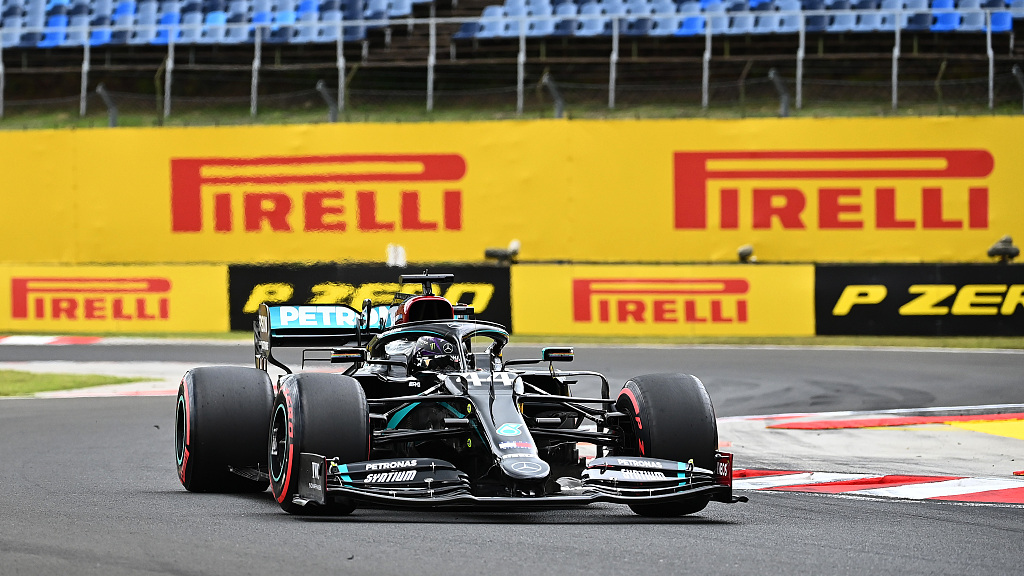 Six-time world champion Lewis Hamilton matched Michael Schumacher's record after he claimed the 90th pole position of his career at the Hungarian Grand Prix on Saturday.

"I have to pinch myself, it just doesn't register," Hamilton said after he and 'black arrows' team-mate Valtteri Bottas had delivered Mercedes a 65th front row lockout.

Both broke the Hungaroring lap record, Hamilton raising the bar to a new time in one minute and 13.447 seconds at one of his favorite circuits.

"It's quite humbling, to be honest, because I get to work with an incredible group of people, without whom I wouldn't get the opportunity to do so.

"So, I'm massively thankful to everyone back home and the guys here who do such an amazing job."

Hamilton was quickest by one-tenth of a second ahead of Bottas who admitted he could not have gone any quicker.

It was Hamilton's seventh pole at the circuit, equalling Michael Schumacher's Hungarian record, and puts him in the perfect position to equal the seven-time champion German's record of eight wins at a single circuit. Schumacher won the french Grand Prix eight times.

"Valtteri doesn't make it easy for me at all," Hamilton said. "It requires absolute perfection when it comes to doing laps and qualifying like that it's one of the things I enjoy most." 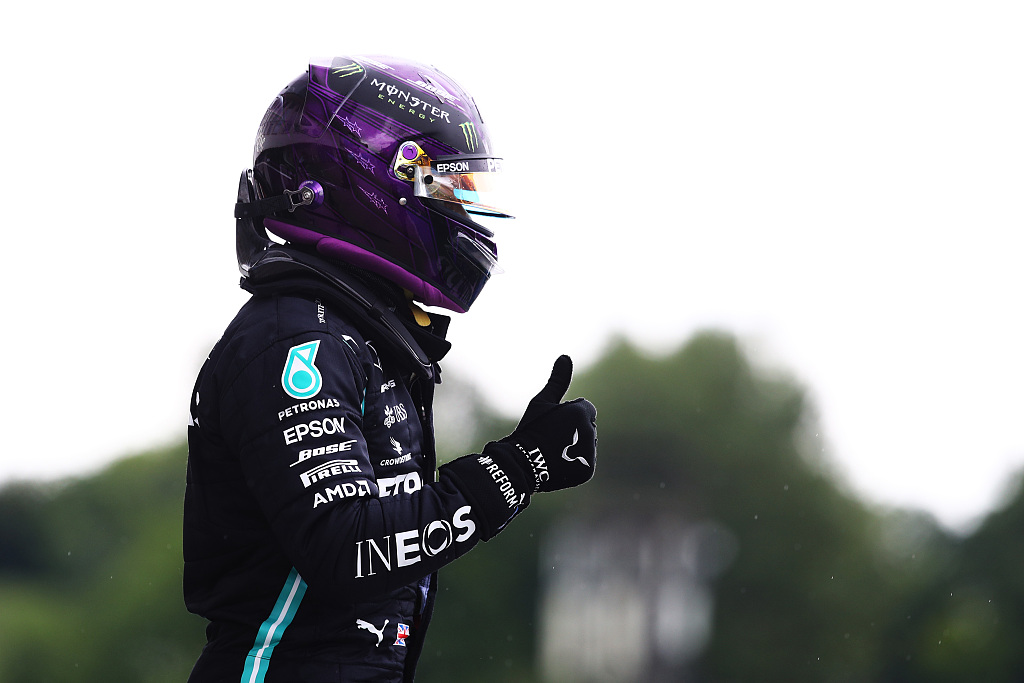 Hamilton warned that he expected a tough race and nothing could be taken for granted especially with unsettled and possibly wet weather forecast for Sunday.

"It's a long run down to turn one so nothing's a given here," he said. "We've just got to do the work this evening and ultimately I've got to deliver on myself tomorrow."

"It is quite a long race and we don't know what this weather's going to do for us tomorrow."

"For sure, I'm going to have my head down and be focusing as hard as I can to try to bring a one-two home for the team."

Bottas said he expected to be involved in a close scrap for pole, but could not match Hamilton's pace. "I did quite a good lap," he said. "But I could not go any faster."

Hamilton added later that he was surprised not to be more closely challenged by Red Bull's Max Verstappen and said he was surprised at his advantage over the Dutchman who qualified seventh.

"That is a big gap," he said. "I definitely wasn't expecting them to be as off it as they have been this weekend. You saw the pace from them last year.

"This is not a power circuit. This is more about the car, the mechanical grip, and the aero package. I thought they had a better package than today's result showed."