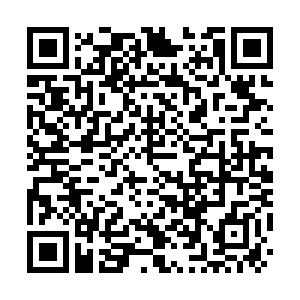 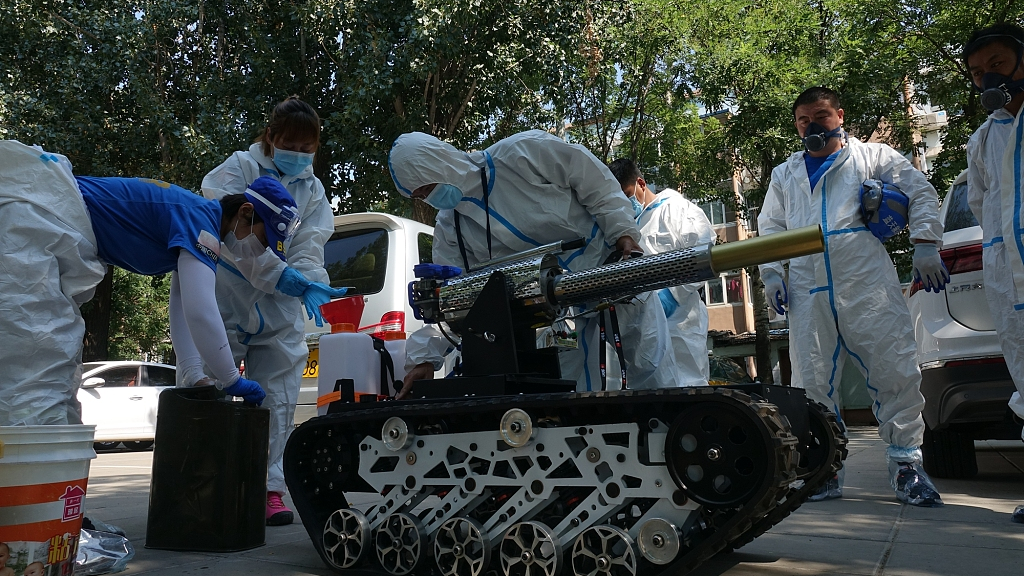 A robot is being used to disinfect a street in one of Beijing's high-risk communities, July 7, 2020. /CFP

A robot is being used to disinfect a street in one of Beijing's high-risk communities, July 7, 2020. /CFP

Official data shows China's industrial robot production rose by 29.2 percent year on year in June to 20,761 units, reaching its highest growth rate in the first half of 2020.

With the growth accelerating from 16.9 percent in May, the country has produced 93,794 units of industrial robots over the past six months, up by 10.3 percent from the same period last year, according to the data provided by the National Bureau of Statistics.

The rising demand for industrial robots was triggered by shortage of workers, who remained off duty due to COVID-19-related lockdowns, and an upgrade of traditional industries.

In 2016, China issued guidelines to expand the use of robots in industries such as automobile manufacturing, electronics, home appliances, aviation, textiles and chemical. This year, robots have been witnessed benefiting the services industry.

From delivering food to serving drinks in restaurants to performing essential nurse-like functions in hospital units, industrial robots are gradually penetrating in every walk of our lives.

"The healthcare segment has been really hot," Emil Jensen, vice president of China sales for Denmark-based Mobile Industrial Robots told Reuters. The company makes customizable robots that are used both in hospitals and on factory floors.

"We are seeing a many, many-fold increase in new demand from hospitals, and a lot of people are calling us for the first time," Jensen added. 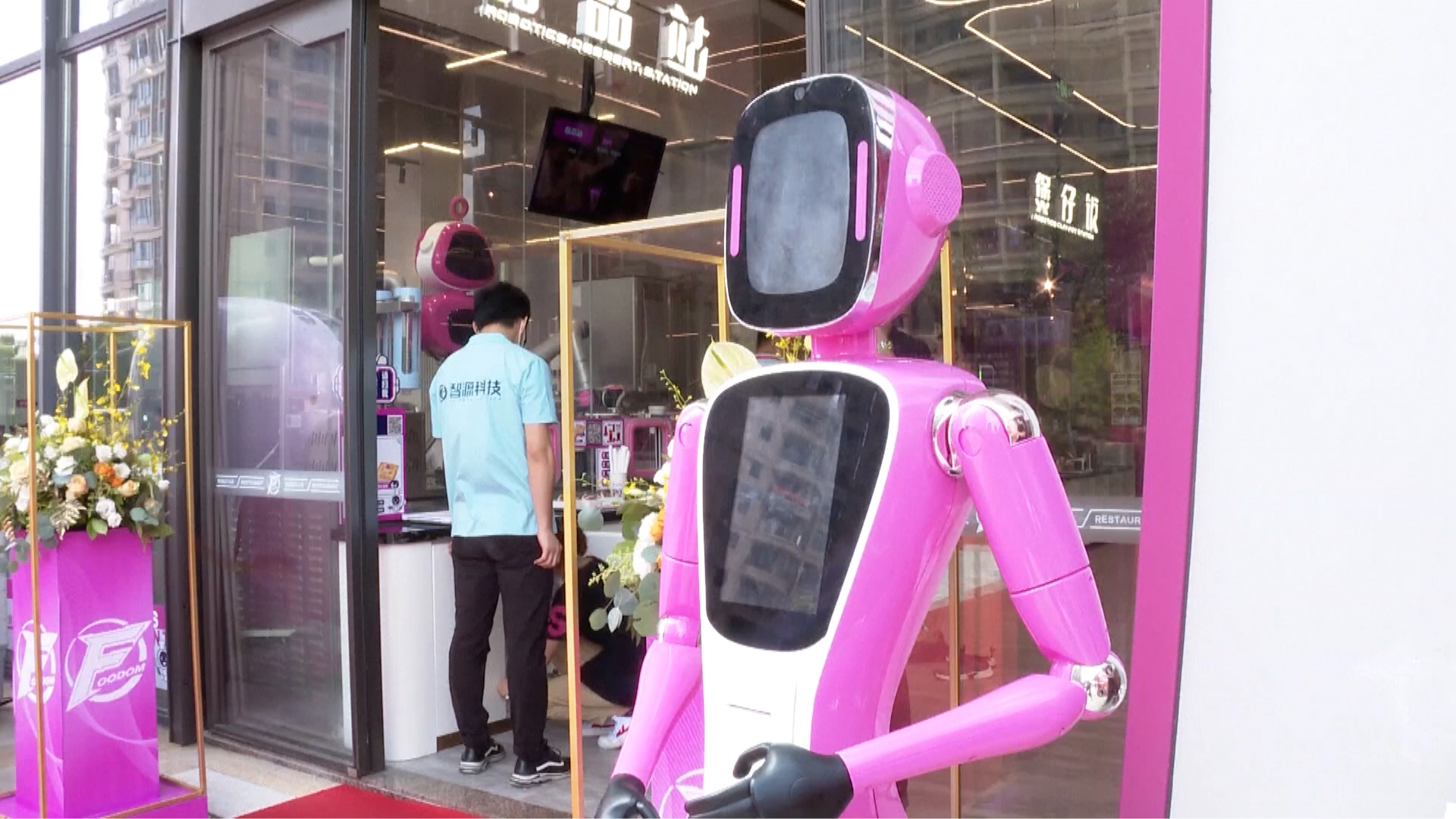 In China, the catering industry introduced robot waiters in 2018. Now, these human-looking machines are attracting more and more customers at a time when social distancing has become a new normal.

"Food is served much faster than before, and the price is very reasonable. Most importantly, it is very hygienic," Ma Shenpeng, a customer at a Beijing-based robot restaurant told CGTN.

Automated machines have long been hailed as an alternative way to cut labor costs. By keeping staff costs down, business owners can offer lower prices to consumers, a win-win solution for all.

A Shanghai-based Keenon Robotics company, which has long sold robots that deliver food to customers at restaurants like hotpot chain Haidilao, told Reuters that they had been planning to scale up robot production for the past year.

"The virus has caused us to speed things up," said Chief Executive Li Tong in an interview.