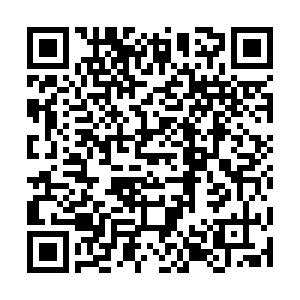 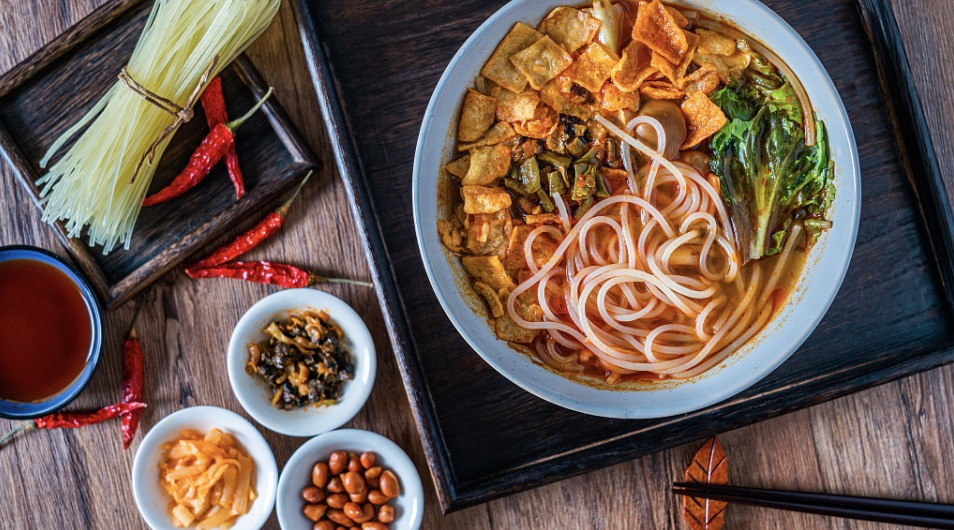 If asked to name the Chinese foods going global, you can't leave out Luosifen, or river snail rice noodles.

Exports of Luosifen, an iconic dish known for its pungent smell in the southern Chinese city of Liuzhou, registered remarkable growth in the first half of this year. A total of around 7.5 million yuan (about 1.1 million U.S. dollars) worth of Luosifen was exported from Liuzhou, southern China's Guangxi Zhuang Autonomous Region, from January to June this year. That's eight times the total export value in 2019.

In addition to the traditional export markets such as the United States, Australia and some European countries, shipments of the ready-to-serve food were also delivered to new markets including Singapore, New Zealand and Russia. 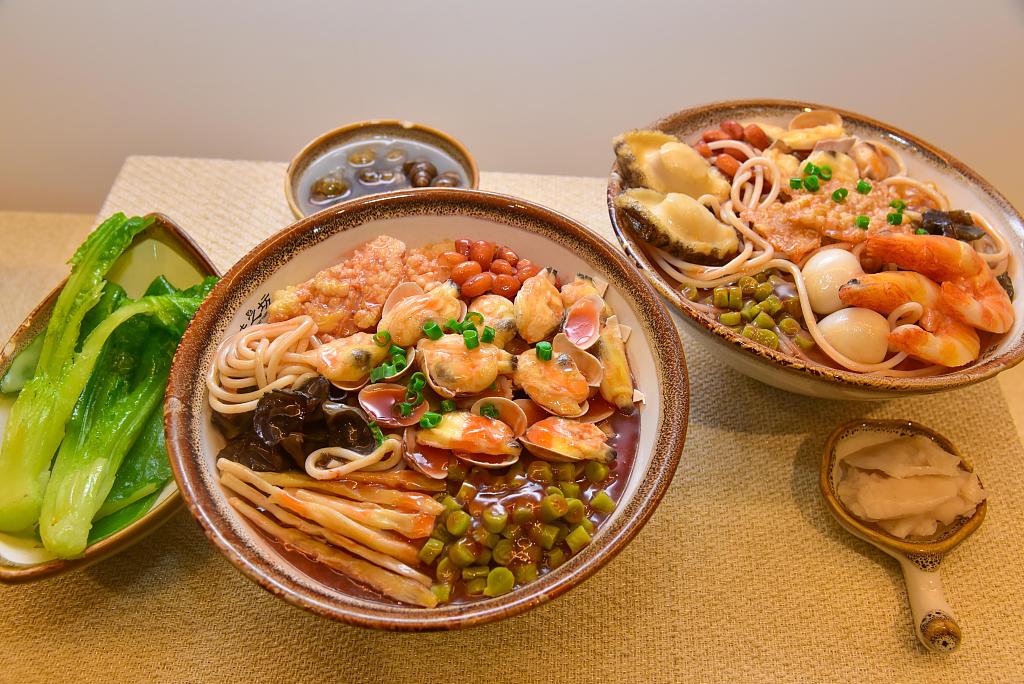 Simulation models of Luosifen are on exhibit at a museum in Liuzhou on October 17, 2019. /CFP

Simulation models of Luosifen are on exhibit at a museum in Liuzhou on October 17, 2019. /CFP

Combining the traditional cuisine of the Han people with that of the Miao and Dong ethnic groups, Luosifen is a delicacy of rice noodles boiled with pickled bamboo shoots, dried turnip, fresh vegetables and peanuts in spiced river snail soup.

It is sour, spicy, salty, hot and stinky after being boiled.

"We've sold Luosifen to the U.S. almost every week since this year. A recent pack of 40,000 bags were sold out in just three days in the U.S.," said Chen Zihao, sales manager of Guangxi Luobawang Food Co.,Ltd.

"We've also received orders from Japan, South Korea and Italy. Our overseas orders have been scheduled for next month," Chen added.

Local producers have also innovated the recipes to cater to the taste of overseas foodies. "Luosifen is traditionally made from river snail soup, but we have developed a new product that uses beef bone broth while maintaining the original flavor. It was very well received," said Liu Qingshi, chairman of Liuzhou Luozhuangyuan Food Co., Ltd., a major Luosifen producer. 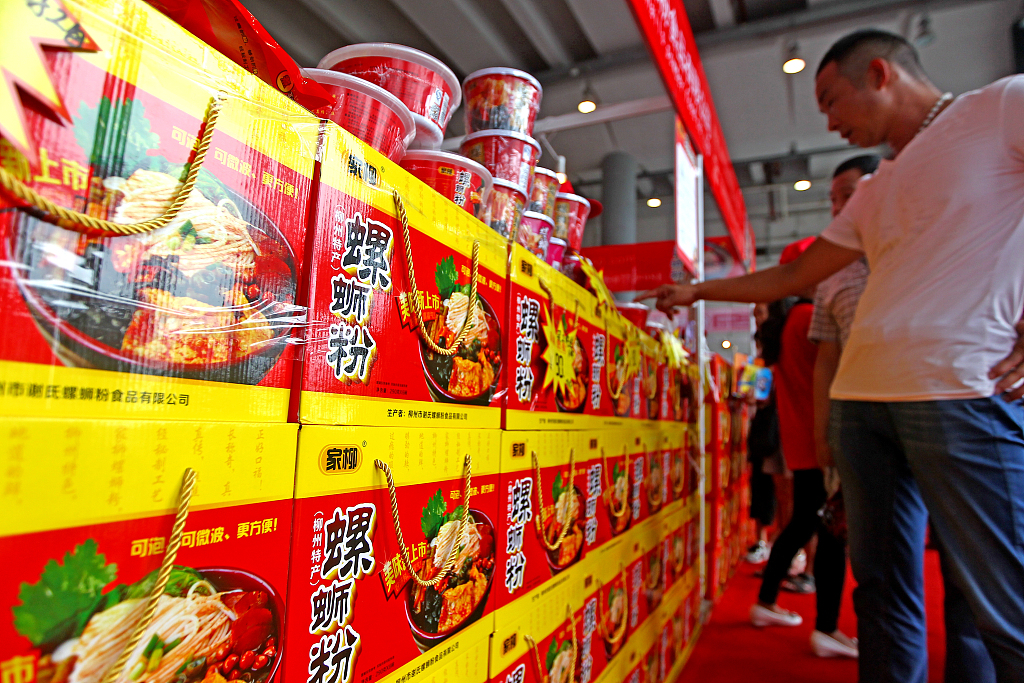 From local snack to online celebrity

Originating in Liuzhou in the 1970s, Luosifen served as a cheap street snack that people outside of the city knew little about. It was not until 2012 when a hit Chinese food documentary, "A Bite of China," featured it that it became a household name. And two years later, China had the first company to sell packaged Luosifen.

The development of the internet, especially the boom of e-commerce and Mukbang, has brought Luosifen fervor to a new level.

Data from the Liuzhou government web portal show that sales of Luosifen reached over 6 billion yuan (over 858 million U.S. dollars) in 2019. That means an average of 1.7 million bags of the noodles were sold online every day! Luosifen often shows up in videos by food bloggers and Mukbang uploaders. One of the most influential is Li Ziqi, who has 11.4 million subscribers on YouTube. Her video of how to make Luosifen has gained more than 42 million views on the website. 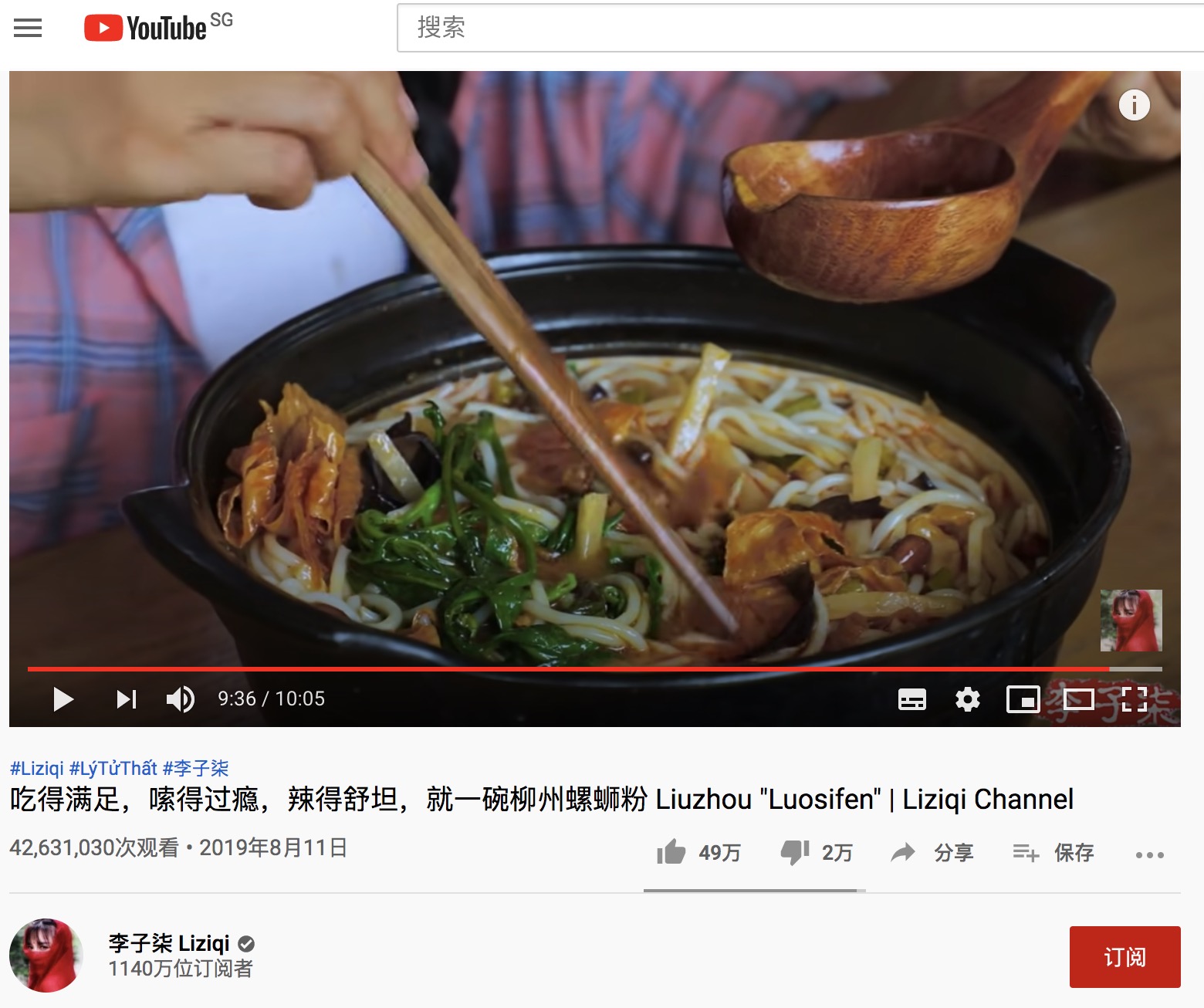 Meanwhile, the coronavirus outbreak has advanced online sales of the noodles as more people have to make food at home instead of hanging out for snacks.

To meet the large demand for Luosifen, the first Luosifen industry vocational school opened on May 28 in Liuzhou, with the aim of training 500 students a year to become specialists in making and selling the products.