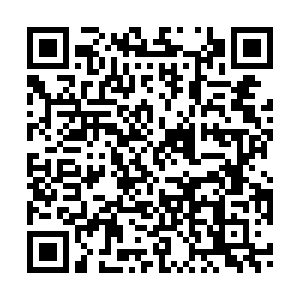 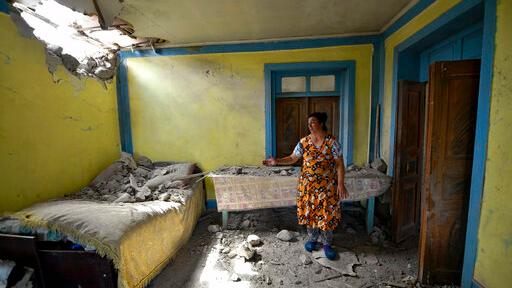 A woman shows damage to her house after shelling by Armenian forces in the Tovuz region of Azerbaijan, July 14, 2020. /AP

A woman shows damage to her house after shelling by Armenian forces in the Tovuz region of Azerbaijan, July 14, 2020. /AP

The recent outbreak of violence along the Armenian-Azerbaijani border is extremely worrisome for observers because of fears that it might uncontrollably spiral into another war between the two South Caucasus states.

These former Soviet republics were embroiled in a bitter conflict from 1988-1994 over the Azerbaijani region of Nagorno-Karabakh, which was an autonomous republic populated mostly by ethnic Armenians at the time of the USSR's dissolution that wanted to unite with Armenia instead of remaining part of an independent Azerbaijan.

The outcome of that war saw the expulsion of practically all of its Azeri residents and the region's de-facto independence despite still being universally recognized as part of Azerbaijan, even by Armenia.

This unresolved conflict has the potential to destabilize the entire region because of Russia's mutual defense obligations to Armenia via the Collective Security Treaty Organization (CSTO) and Turkey's promises to aid its Azerbaijani ally in the event of another war. The worst-case scenario is if these two clash with one another as a result.

The latest escalation is different from most of the preceding ones in that it's taking place along the internationally recognized border between Armenia and Azerbaijan and not within or near Nagorno-Karabakh.

Furthermore, the site of the recent hostilities is very close to international pipelines and the Baku-Tbilisi-Kars railway, the latter of which forms part of Turkey's Middle Corridor for connecting with China via the Caucasus, the Caspian Sea, and Central Asia.

It's unclear which side is to blame for what happened this time around since each one predictably blames the other, but what's urgently needed is for both of them to implement the Madrid Principles that were proposed in 2007 and updated in 2009. The American, French and Russian co-chairs of the Organization for Security and Co-operation in Europe's (OSCE) Minsk Group offered this pragmatic series of suggestions that both Armenia and Azerbaijan expressed interest in, though they importantly differ on their interpretations of this document. 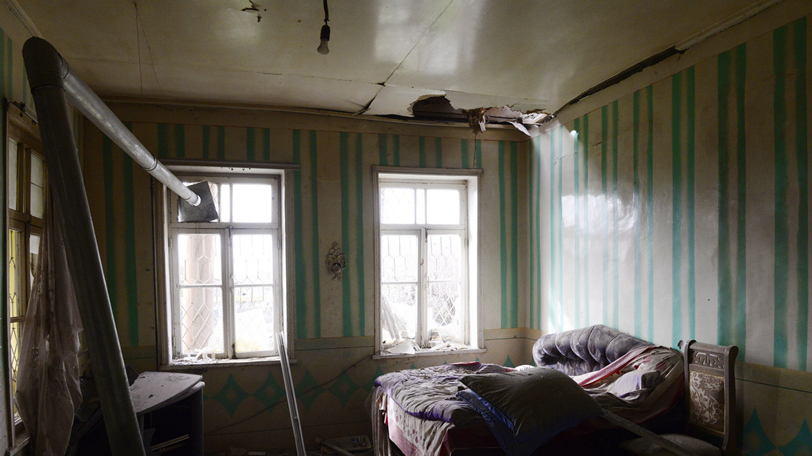 To summarize its contents, it basically calls for Armenia to withdraw its military from universally recognized Azerbaijani territory in exchange for Baku granting de-facto autonomy to Nagorno-Karabakh pending a referendum on its final political status following the voluntary return of its displaced population. A corridor is also supposed to be created for linking this disputed region with Armenia because it's officially separated from it by a small sliver of territory. International peacekeepers are expected to deploy to the region too.

The problem, as it's always been, is that there isn't any trust between the warring parties. Armenia and the Armenians of Nagorno-Karabakh suspect that Azerbaijan won't honor its commitments, and Azerbaijan worries that Armenia will try to insincerely reinterpret parts of the Madrid Principles to indefinitely delay this process.

A breakthrough still seems far-fetched since the members of the Minsk Group has thus far failed to bridge these seemingly irreconcilable positions over the past decade and haven't proposed anything new since.

Still, another war between these neighboring states is unthinkable because of the possible consequences. It could easily spiral out of control into a regional conflict, lead to tremendous humanitarian suffering (especially in the context of the COVID-19 outbreak), and disrupt the emerging transcontinental connectivity corridor through the South Caucasus.

The best way to pull Armenia and Azerbaijan back from the brink and incentivize both of them to implement the Madrid Principles would be for Russia, Turkey, and even China to get involved.

Russia and Turkey can put positive pressure on their Armenian and Azerbaijani allies in parallel with China proposing economic projects for Nagorno-Karabakh pending a resolution of the conflict there. Beijing's possible promise of Belt and Road Initiative investments might be what's needed to restart the peace process since both warring parties have an objective interest in turning the South Caucasus into a trans-regional pivot space of continental connectivity. If Russia, Turkey, and China coordinate, peace might no longer appear impossible.