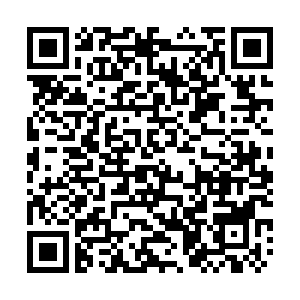 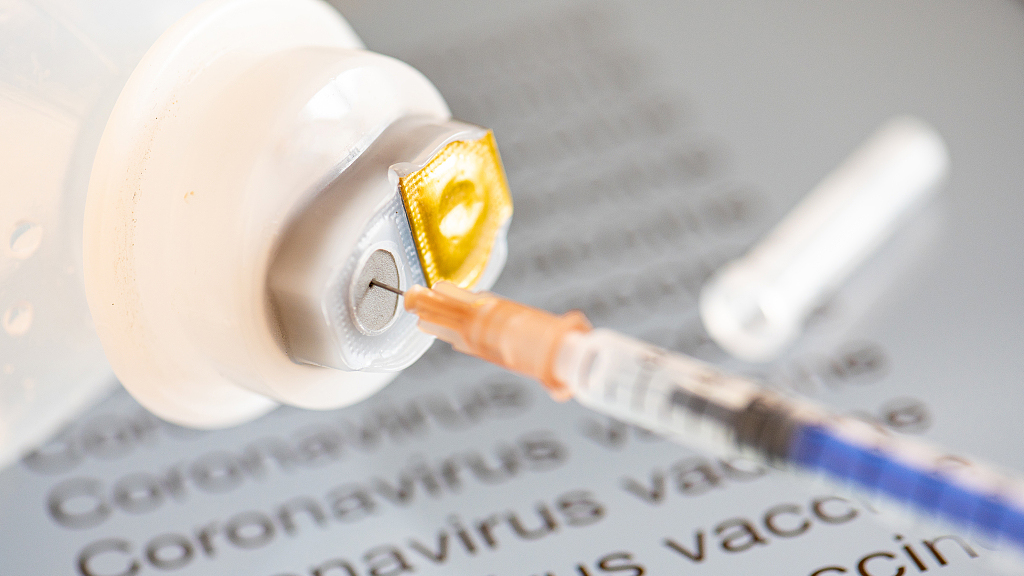 Two COVID-19 vaccine candidates, one from China and the other from the UK, have proven safe for humans and produced strong immune reactions among patients involved in two separate clinical trials, the Lancet medical journal announced on Monday.

The first trial, which the World Health Organization (WHO) claims is leading the global vaccine race, is from Oxford University. It's regarded as one of the most advanced for development.

On Monday, the university published its results from the first phase of human trials, which involved more than 1,000 adults in UK aged between 18 and 55. 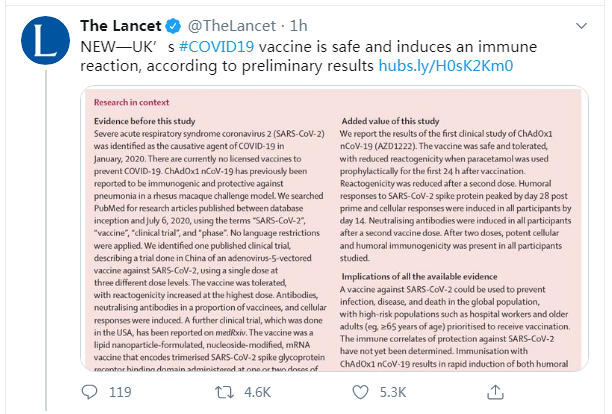 Scientists say the vaccine contains a "double protection" against the disease. Not only does it produce antibodies – which are the immune system's natural response – it also produces T-cells that directly kill virus infected cells.

"Well I think there's increasing evidence that having a T-cell response as well as antibodies could be very important in controlling COVID-19," professor Adrian Hill, Director of the Jenner Institute, Oxford University told CGTN.

"We see people who've recovered from a COVID illness who have essentially no measurable antibodies but do have T-cells. So the guess there is that the T-cells have been important in helping them to clear their infection," Hill said.

The UK vaccine, called AZD1222, is developed by AstraZeneca and scientists at Oxford University. Authors say further clinical studies, including in older adults, should be done with this vaccine.

Current results focus on immune response measured in the laboratory. Further testing is needed to confirm if the vaccine effectively protects against infection.

A separate trial in China involving 508 people has also yielded "much better" results in its Phase II in terms of the safety and ability to trigger immune response, a previous study shows.

The Chinese vaccine, named Ad5-nCOV, is developed by CanSino Biologics Inc and a military research unit. The Lancet said Phase 3 trials are needed to confirm whether the vaccine candidate effectively protects against SARS-CoV-2 infection.

According to the company, China's success in driving down COVID-19 infections has made it harder to conduct large-scale vaccine trials.

The vaccine developer is in talks with Russia, Brazil, Chile and Saudi Arabia to launch a Phase III trial of its experimental COVID-19 vaccine, its co-founder said on Saturday.

"We are contacting Russia, Brazil, Chile and Saudi Arabia (for the Phase III trial), and it's still in discussion," Qiu Dongxu, executive director and co-founder of CanSino, told an anti-viral drug development conference in Suzhou, in east China's Jiangsu Province. 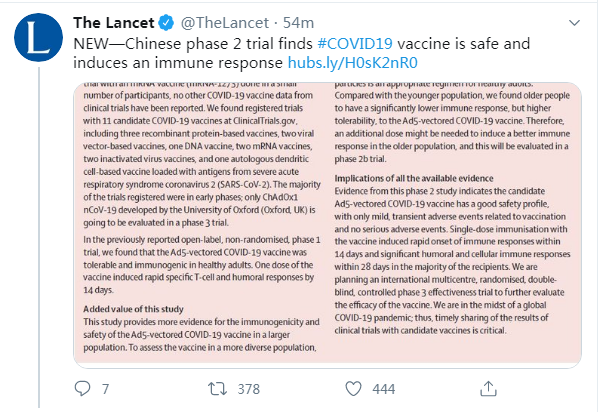 The two are among more than 21 candidate vaccines that have shown promise in human testing, along with projects involving Moderna, BioNTech, and Inovio Pharmaceuticals, according to Margaret Harris, spokeswomen at WHO.

"We know we've got lots of options here, but we can't put it down to days of weeks," she told CGTN when asked if it's possible to make more accurate projections on vaccine timetables.

Harris also mentioned it's important to look at not only how to accelerate relevant researches and keep on sharing, but also how to distribute this fairly, who to prioritize and ensure that those most at risk are protected first.