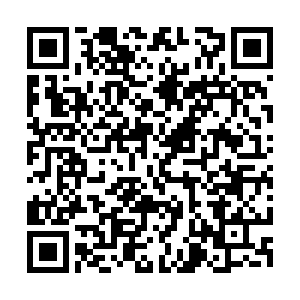 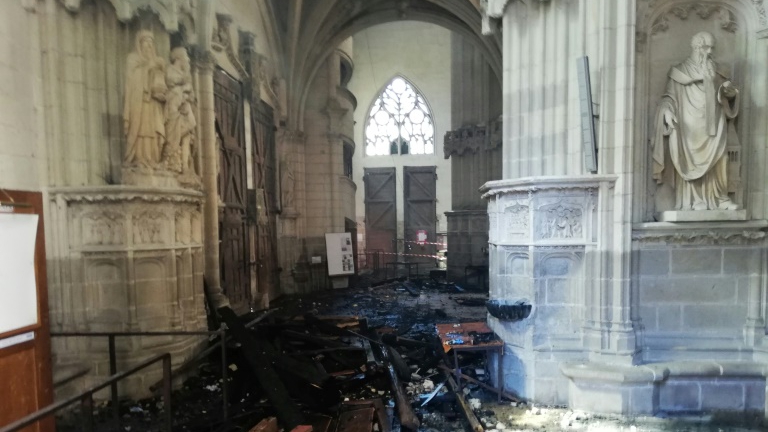 French investigators on Sunday released a man who worked as a volunteer at the Gothic cathedral of Nantes which was badly damaged by fire hours after he closed it up for the night.

Prosecutors launched an arson investigation after the Saturday morning blaze which they said appeared to have broken out in three different parts of the Cathedral of St Peter and St Paul in Nantes, western France.

The questioning on Sunday had sought to "clarify elements of the schedule" of the volunteer, who had been in charge of closing up the cathedral on Friday evening, Nantes prosecutor Pierre Sennes told AFP.

He had held as part of "normal procedure" and it would have been "premature" to suggest the man was a suspect in the case, the prosecutor said earlier.

Later Sunday, however, Sennes confirmed that the man had been released "without charge."

Before his release, Quentin Chabert, a lawyer for the volunteer, told reporters that for the moment "there is nothing that directly links my client to the fire."

The cathedral's rector, Hubert Champenois, said the man was a Rwandan asylum-seeker in France for several years.

The man volunteered as an altar server and would have been the last to leave the cathedral on Friday, he said.

Champenois said he had known the 39-year-old for four or five years, adding: "I trust him like I trust all the helpers."

Champenois told AFP on Saturday that "everything was in order" the previous night and "a very close inspection was made before it closed, like every other evening."

The cathedral website states that lay people, volunteers, help with administrative tasks such as account-keeping, cleaning, security, and opening and closing the cathedral on a daily basis.

Regional fire chief Laurent Ferlay said the latest damage was not comparable to the 1972 blaze, nor to last year's blaze at the Notre-Dame.

Much of the Paris cathedral's roof and wooden structure was destroyed, its steeple collapsed and fumes containing toxic molten lead billowed into the air.

Prime Minister Jean Castex, visiting the Nantes cathedral on Saturday, promised the state would "play a major role" in its reconstruction which "I want to happen as quickly as possible."

(Cover: Artefacts and paintings were lost in the fire, as well as the 17th century organ – a star attraction of the cathedral. /AFP)