What is the most challenging part of Mars mission – 7 minutes of terror?
By Wu Lei, Wu Zhenhua 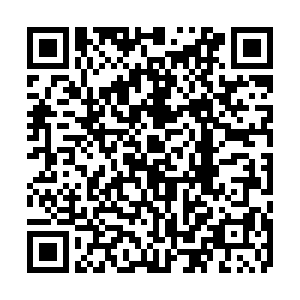 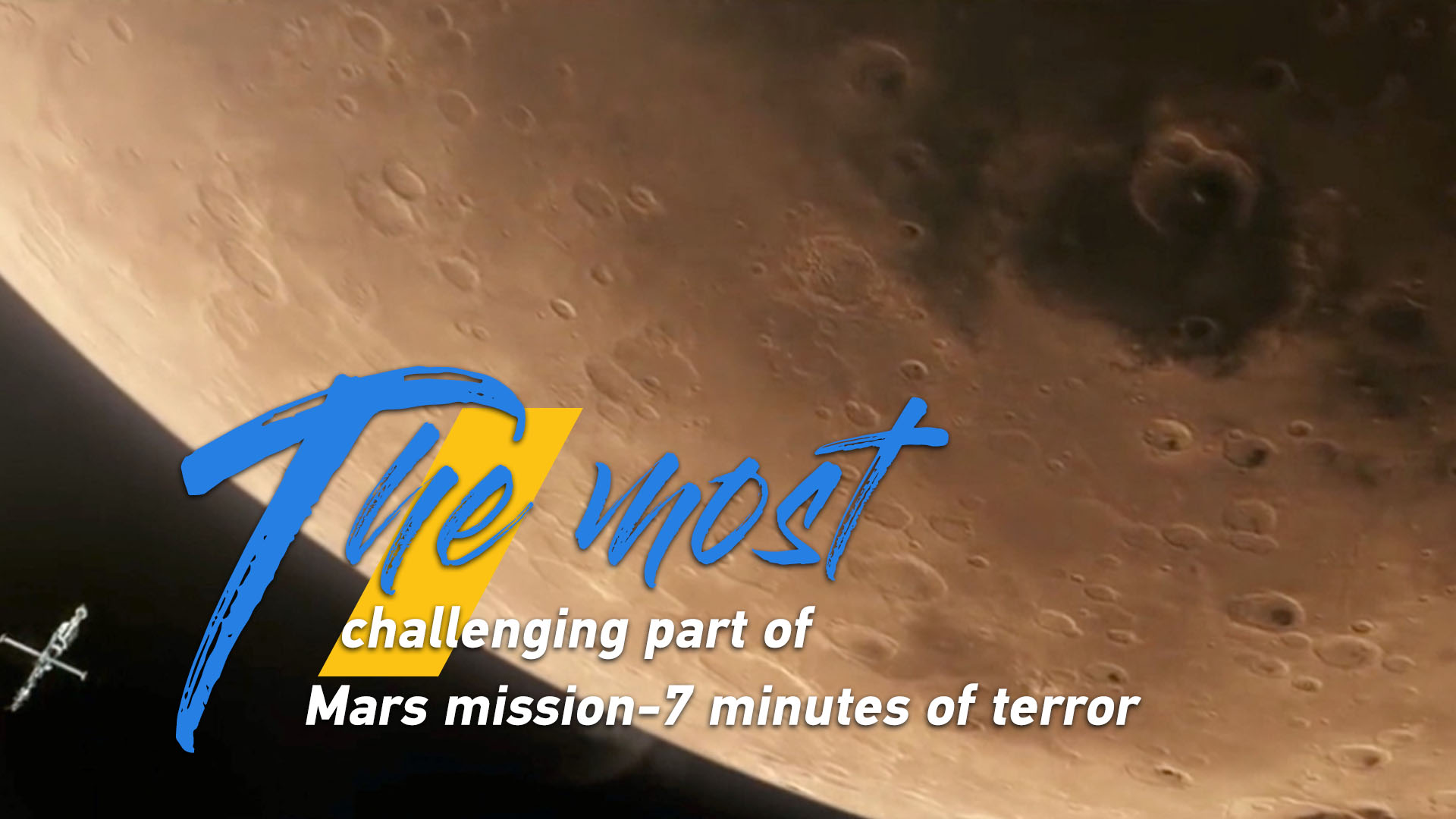 Editor's note: 2020 is called the year of Mars. The UAE has just successfully launched their Mars probe. In the next few days, China and the U.S. also plan to launch their Mars probes respectively. Many are wondering why all these three countries launch at the same period of time? What is the biggest challenge for Mars mission? Why human beings are so fascinated about exploring Mars? CGTN's Wu Lei made three episode videos about the Mars exploration.

To make a soft landing on Mars has never been an easy job. Since 1960, humans have carried out Mars exploration activities 44 times, but around half of them failed. Humans have launched over 40 spacecrafts, but so far, only eight rovers landed on the Mars surface. 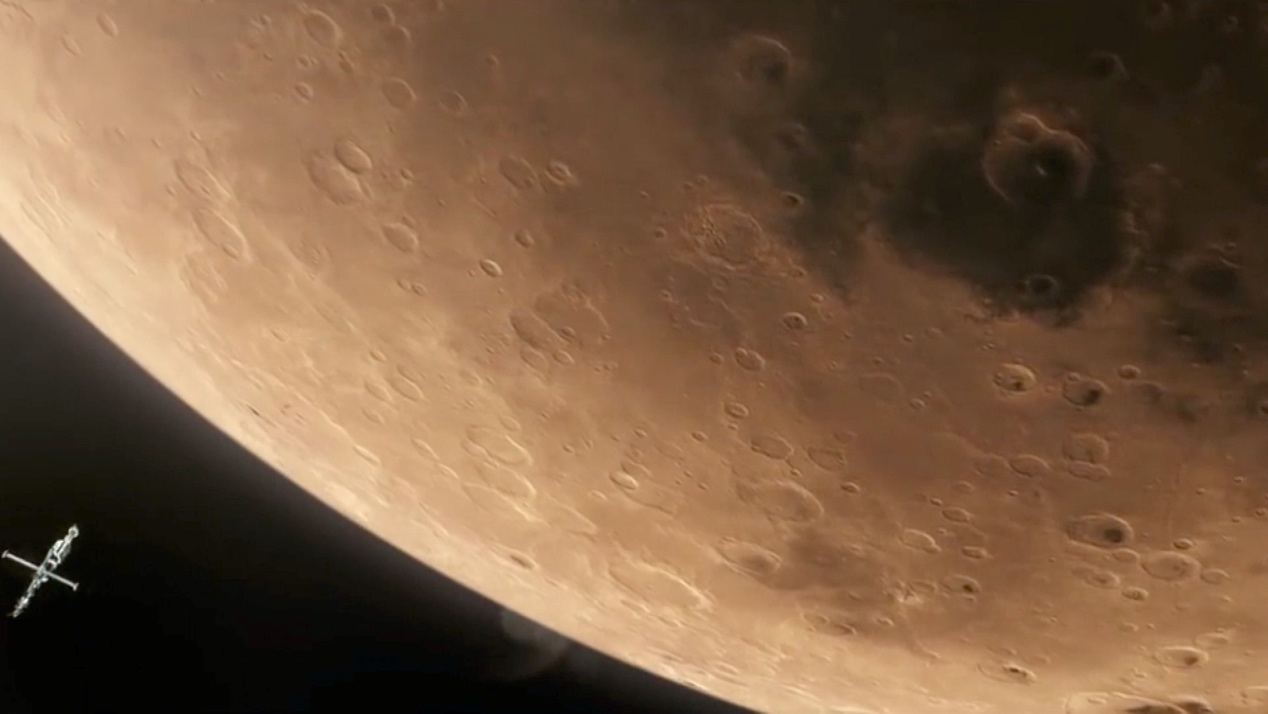 Mars is called as the grave yard for spacecraft as many rovers didn't make it during soft landing. /CGTN

Mars is called as the grave yard for spacecraft as many rovers didn't make it during soft landing. /CGTN

Besides millions of kilometers long travel distance, scientists say one of the biggest challenges for Mars mission is the seven minutes of terror. That is, the Mars probe needs to reduce speed from 20,000 kilometers per hour to zero in seven minutes during the re-entry, descent and landing process.

This process of entry, descent and landing, also known as EDL, was named by NASA's Jet Propulsion Laboratory engineer.

Unlike the Earth's atmosphere, the Martian atmosphere is very thin, which could not provide enough help for the descent. And the planet's severe weather makes the landing process much more difficult. There are a lot of sand storms on Mars. 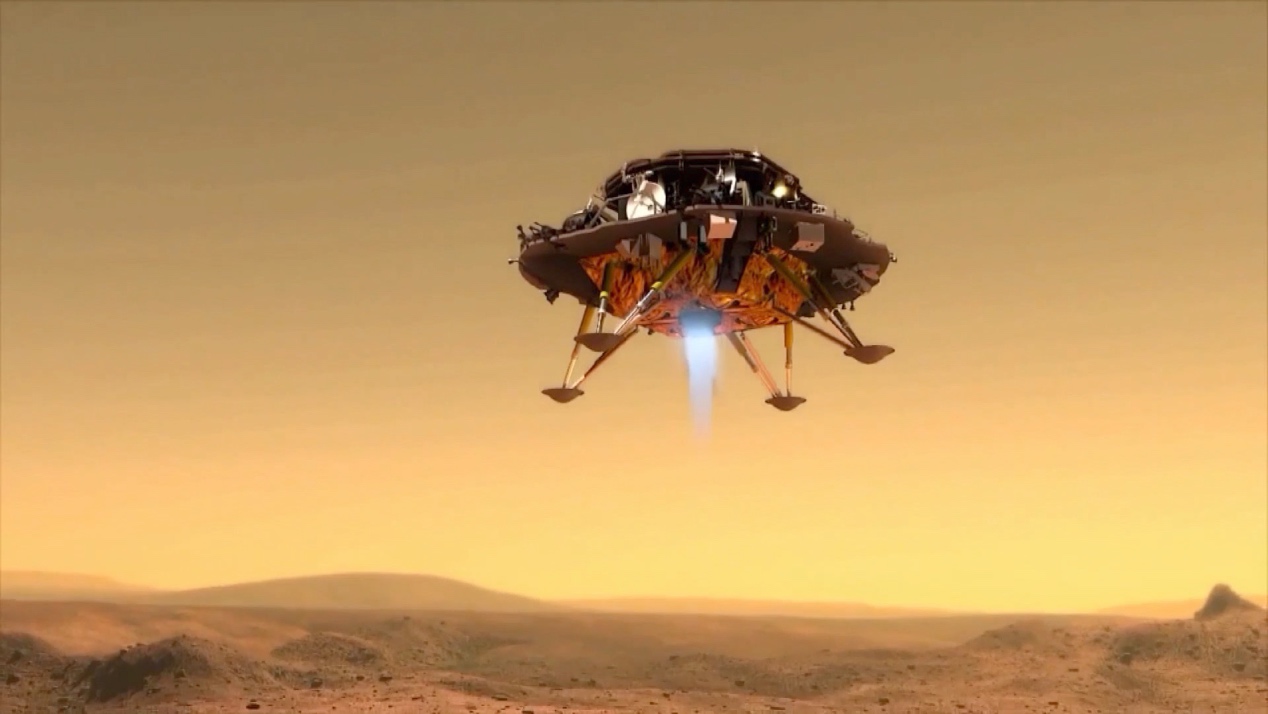 Major ways to soft-land on Mars

At present, there are three main methods for the soft landing on Mars.

One is the airbag bounce way. This method is relatively simple and low in cost, but it can only meet the soft landing requirements of a light-weight rover, and the landing accuracy is not that high. The American "Mars Pathfinder" and "Mars Exploration Rover" both use parachute and airbag bounce.

The second is the reverse push landing leg type. This method is more complicated and has a higher cost, which can meet the soft landing requirements of heavy-weight rovers and has higher landing accuracy. The U.S. rovers, including "Pirate," "Phoenix," "Insight" and the European "Beagle 2" and "Schiaparelli" all use combined technologies including parachute, buffer engine reverse thrust and landing leg.

The third one is the sky-crane type. This method is the most complicated with the highest cost, and the most advanced technology. It can meet the soft landing requirements of heavier spacecraft and can accurately land. The American lander "Mars Science Laboratory" carrying the "Curiosity" rover uses a parachute, buffer engine reverse thrust and sky crane. 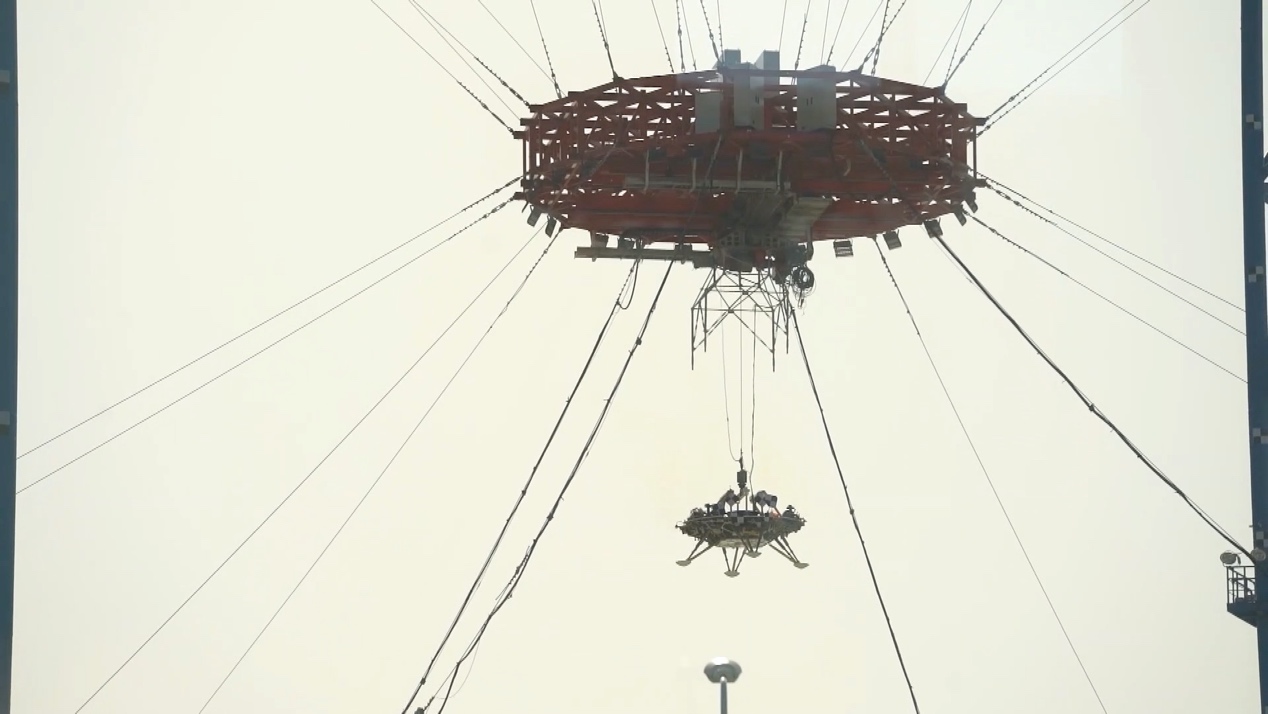 Test processes included hovering, avoiding obstacles and slowing down in the Martian environment, which were conducted to verify design accuracy.

With this test, Chinese scientists are more confident about their soft landing technologies on Mars.

So why are humans so enthusiastic about exploring Mars? Find out in the next episode.

Read more: What is a Mars launch window?