Who is America's 'enemy'? It is not China
Ken Moak 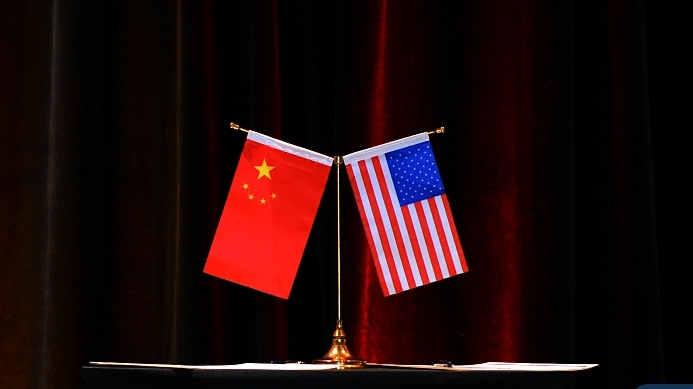 Editor's Note: Ken Moak taught economic theory, public policy and globalization at the university level for 33 years and co-authored the book "China's Economic Rise and Its Global Impact" in 2015. The article reflects the author's opinion and not necessarily the views of CGTN.

China has neither the ability nor desire to supplant the U.S. as the dominant global power; it has insurmountable problems to resolve and not enough resources to do it. Its real per capita GDP was just a little over 10,000 U.S. dollars, far below the U.S.'s 65,000 dollars in 2019.

With almost a quarter of the population earning less than 5.5 U.S. dollars per day, according to the U.S. CIA Factbook, poverty still exists, precluding China from military adventurism against any country, particularly the U.S. The current COVID-19 pandemic's devastating economic fallout demands resources be put into economic recovery, not into becoming the world's "big brother."

China's military power is far behind that of the U.S. in terms of lethality and modernization, thus falling into the "Thucydides Trap," in which the rising power goes to war against an existing one, is foolhardy at best. The Asian power has only 300 nuclear weapons, whereas the U.S. stocks over 6,000 in its arsenal.

The U.S. also operates numerous military bases surrounding China, whereas the Asian power has none near the U.S. Moreover, the U.S. sends more and more warships and fighter jets to challenge China's territorial claims in the South China Sea. In this sense, the U.S. is threatening China, not the other way around.

More importantly, perhaps there is no reason for China to be the "world's daddy." It could even be argued that allocating resources to challenge or topple U.S. supremacy would be a gross misallocation of resources, which could lead to economic, political and social dislocations or worse. The Chinese leadership is right; resources are needed to improve people's livelihood, not on military adventurism.

Nor does China have a history of aggression against other countries like the West and Japan. On the contrary, China built the Great Wall to keep out foreign invaders.

However, the reality on the ground and history does not stop the U.S. from increasingly accusing China of "aggression and bullying," designating China as America's "biggest existential threat and enemy." U.S. Secretary of State Mike Pompeo, the poster boy for the anti-China group, is arguably its biggest promoter, calling the Communist Party of China "the central threat of our times" in an attempt to put a wedge between the Party and the Chinese people.

None of the accusations that paint China as a "threat" to the U.S. have ever been proven or even made sense, as they are largely, if not solely, based on subjective or cherry-picked information.

The U.S. accused China of hacking into U.S. companies' computers, but when asked for evidence, government officials, including former President Barack Obama, refused on "national security" grounds. But he did not elaborate on why releasing proof of Chinese cyber or any other form of spying would risk U.S. national security.

Still, incredible as claiming China as the U.S.'s "biggest enemy" is, many Americans actually believe the rhetorical nonsense. The question is why, particularly when the overwhelming majority of the Americans who have a negative view of China have never been to the country or know anything about it.

To answer that question, one needs to know who owns the media. Mainstream U.S. media, for the most part, is owned by a few powerful people or organizations. For example, the anti-China news mogul Rupert Murdoch owns Fox News, the Wall Street Journal and other publications in the U.S., UK and Australia. In fact, six corporations, among them weapons production enterprises, control 90 percent of America's media. To that end, the news outlets disseminate information to shape public opinion in supporting their owners' interests. 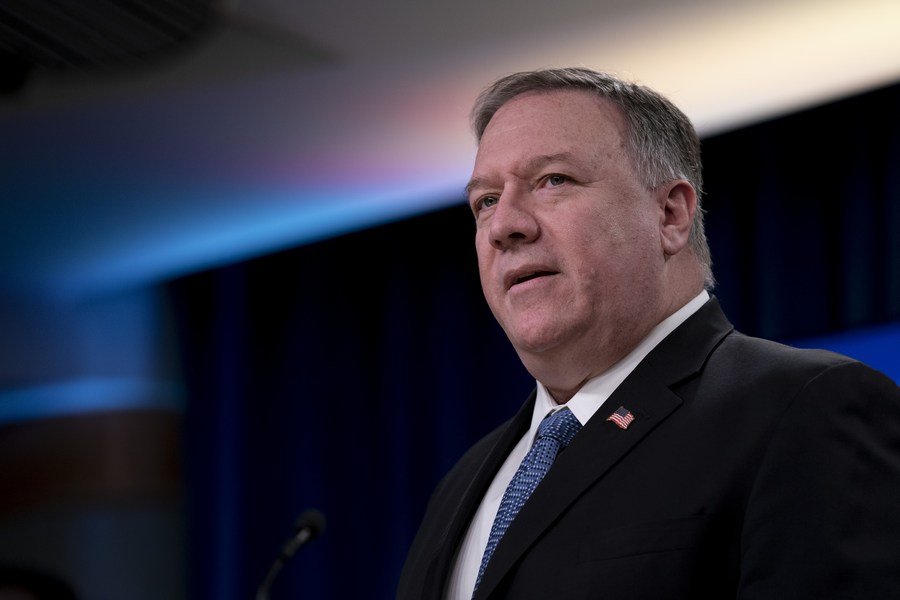 The corporate-owned liberal New York Times pushed similar anti-China news, probably because the U.S. needed an "enemy" to justify a huge defense budget and sustain economic growth. After the collapse of the Soviet Union, the U.S. cut defense spending but the result was recessions hitting defense-dependent states such as California, Texas and others. China became America's ideal "enemy" because it is led by the Communist Party, and its "economy" is growing fast, affording it to build a formidable military. Getting the government to buy more arms enhanced the financial viability of corporations that owned The New York Times and increased the newspaper's readership.

Americans are getting the same message about China being a "revisionist power" out to supplant America from both the conservative and liberal ends of the political spectrum. Thus, it is not surprising that most hate China.

Indeed, the few who did say or write anything good about the country were immediately chastised as "panda huggers" or worse by the media, politicians and pundits, forcing them to retract their comments. The presumptive Democrat presidential nominee Joe Biden had to retract his comment about China not being a threat to the U.S.

Some U.S. politicians receive considerable campaign funds for vested interest groups such as the military-industrial complex. China hawk, Senator Marco Rubio, for example, is said to have received millions of dollars from gun lobbyists and manufacturers. The group donates to politicians from both major political parties, explaining why Democrats and Republicans are on the same page on foreign policy with regard to China.

Think tanks such as the Hudson Institute are funded largely by donations from persons or organizations sharing similar views. For example, Hudson Institute donors believe that America's "exceptionalism offers the best foundation for security, the defense of liberty, and assuring economic growth." China's rapid economic and geopolitical rise is seen by the organization as a threat to that position, explaining why Michael Pillsbury, a senior fellow of the Hudson Institute, concluded that China is planning to supplant U.S. supremacy with deceptions in his book "The Hundred-Year Marathon."

Adam Smith, the "father of capitalism," was right: Capitalists can shape public opinion and policies. In the U.S., it was the media, pundits and politicians releasing "fake information" that prompted the majority of Americans to support aggressive disastrous foreign policies such as the Vietnam and Iraq Wars.

The reader can decide who America's "enemies" are today, but China is not one of them. The opposite might be true: China constantly reaches out to and goes out of its way to "appease" the U.S., fulfilling the phase one trade deal amid a sinking relationship and asking America to cooperate in addressing the world's pressing issues such as the COVID-19 pandemic.