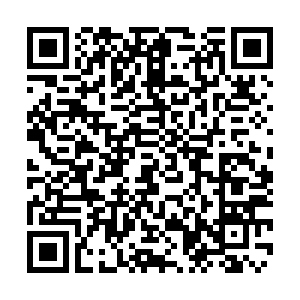 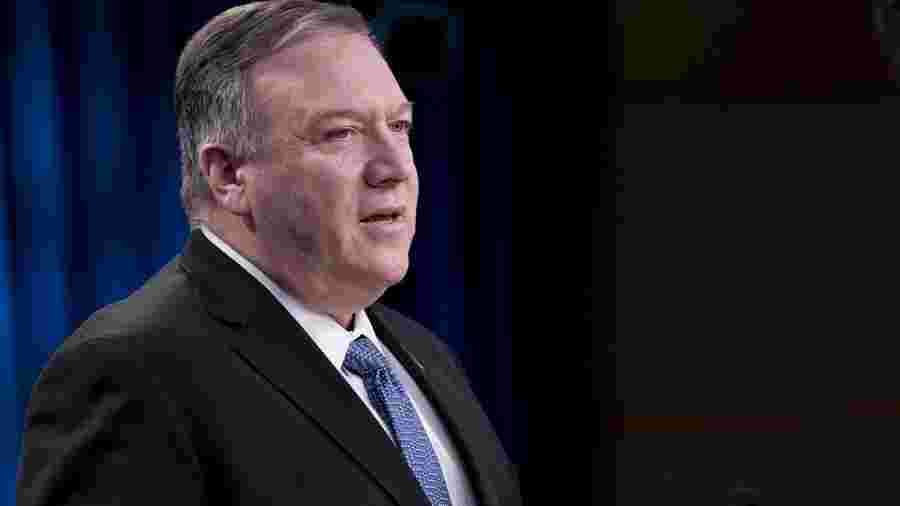 U.S. Secretary of State Mike Pompeo speaks during a press briefing in Washington D.C., the United States, on March 5, 2020. /Xinhua

U.S. Secretary of State Mike Pompeo speaks during a press briefing in Washington D.C., the United States, on March 5, 2020. /Xinhua

In February 1974, the Conservative Party led by Prime Minister Edward Heath called a snap general election under the slogan "Who governs Britain?"– as the government faced off against an energy crisis compounded by conflict in the Middle East and industrial action from the country's National Union of Mine workers. The shortages were so severe that the country was forced to adopt what was known as "The Three Day Week," which restricted the use of electricity to 72 hours. Heath sought to take back control in the election, but however the electorate found him unconvincing, leading a hung parliament and another vote later that year, in which Labor attained power.

The slogan itself is significant to today's events. We have another Conservative government and the prevailing question of "Who governs Britain?" Particularly this time on the issue of Foreign Policy. On suspending Britain's extradition treaty with Hong Kong, and just a week after announcing a Huawei ban, Prime Minister Boris Johnson stated he wanted a positive relationship with China, to maintain engagement and to avoid what he describes as "Sinophobic" and "anti" attacks on anything to do with the country. But increasingly, it seems as if the Prime Minister, or his Foreign Secretary Dominic Rabb, is not in control of the country's foreign policy anymore.

There are two major problems derailing British's China policy, one of them is a group of hardline right MPs in the Conservative Party, and the other sits in Washington with an administration who is actively coercing and bullying Britain into taking a harsher line on Beijing. Arriving Monday in London, U.S. Secretary of State Mike Pompeo will meet with the government to "thank" them for agreeing to Washington's demands on Huawei, but not first before he meets with this very same group of MPs, known as "The China Research Group," as well as several from the opposition Labour Party, and hold a meeting. Several media outlets have described it as a "snub" to the government. 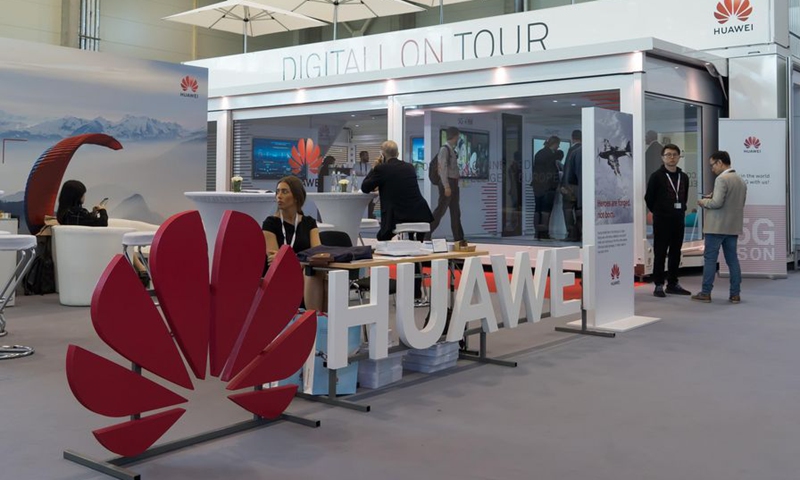 The photo shows Huawei's exhibition booth during a press preview for the 2019 World 5G Convention in Beijing, capital of China on Nov. 20, 2019. /Xinhua

The photo shows Huawei's exhibition booth during a press preview for the 2019 World 5G Convention in Beijing, capital of China on Nov. 20, 2019. /Xinhua

When one looks at that, one wonders who is truly in control here. Pompeo is actively encouraging rebellion against the British government's foreign policy by encouraging and supporting a block of insurgent MPs who are eager, as they did with Brexit, to drag Britain's foreign policy rightwards and burn bridges with another major market. There seems to be no limit to what they are prepared to try and force on Downing Street. MPs in this group have called for Chinese students to be banned from Britain and portrayed them as an "influence operation," and have demanded Huawei not just be replaced in 5G, but in all the previous networks as well. They were calling in the Times last Sunday for the application TikTok to be banned and coordinated with the right wing press in vilifying the country daily.

Whilst it is obvious that Boris Johnson does not personally subscribe to this, and the Huawei decision appears to have been forced upon him from this group, he nevertheless seems to lack any kind of political will to stop this and enforce in discipline to the Conservative Party. As former Chancellor Philip Hammond warned, anti-China sentiment in the party is getting out of control and of course out of political expediency, the opposition parties including Labor and the Scottish National Party, are encouraging it. The China debate in Britain is being hijacked, and the narrative has become regretfully very one sided, there appears to be no effective opposition or check on it whatsoever. The government realizes, despite rising tensions, that this will be disastrous for the country economically, but they do not have an answer to it.

As a result, Boris needs to harden his position against both Washington and the rebels. To do so, he needs to be more bold and clear in setting out Britain's national interests. Pompeo's intervention into British Parliamentary politics and encouragement of rebels should be a warning, and the Prime Minister has miscalculated the fact that Huawei will not be the last demand from Washington. The administration will insist on more and more against Beijing.

The Prime Minister's attempt to pursue a fast trade deal with them has subsequently been a mistake, and the result is that the U.S. is threatening British foreign policy on multiple fronts. The government should seek to respond to this in a shrewd and diplomatic way, seeking to find distance from the Trump administration and creating political space to move away from their demands. In addition, the Prime Minister ought to handle the rebels by taking a more definitive and clear position on what is Britain's national interest and what isn't, and enforce party discipline.

As a whole this boils down the same question 46 years ago: "Who governs Britain?" Is it Boris Johnson and his cabinet, or a coalition of Cold War hungry rebels and Mike Pompeo? Either way, the Secretary of States' manipulation of British politics is completely unacceptable. Washington and its supporters do not represent Britain's national interest, and they are on the verge of pulling the country off a cliff and into a row with the world's second largest economy and a key export market, a battle which Britain simply can't afford.