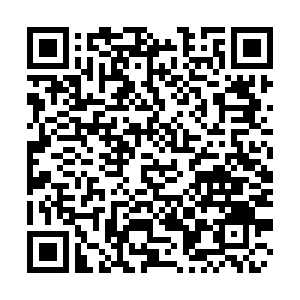 Chinese Vice Foreign Minister Luo Zhaohui made the remarks when attending the Senior Officials' Meeting (SOM) of the Association of Southeast Asian Nations (ASEAN) plus China, Japan, the Republic of Korea (ROK) (ASEAN Plus Three)via video link on Monday.

Luo pointed out that to contain China and promote its Indo-Pacific Strategy, the U.S, on the one hand, has attempted to deny China's territorial sovereignty and maritime rights and interests in the South China Sea, on the other hand, has purposely sent a powerful military force to the relevant waters for large-scale exercises.

Saying these actions can only further complicate Sino-U.S. relations and turn the situation in the South China Sea into a tense situation, Luo stressed that the U.S. side should take full responsibility.

He accused the U.S. of adopting a double standard, which refused to ratify the United Nations Convention on the Law of the Sea (UNCLOS) but attacking China under UNCLOS's pretext.

China never succumbs to external pressure, and China's door for dialogue with the U.S. is always open, Luo said.

The vice foreign minister also hoped the ASEAN countries could see through U.S. plot of "playing the South China Sea card", pursue an independent foreign policy and work with China to push for an early conclusion in the consultations on a Code of Conduct (COC) in the South China Sea and to jointly safeguard peace and stability in the region.

In terms of the situation in East Asia for the first half-year, Luo said there are two major characteristics: the ASEAN Plus Three countries have balanced epidemic control with economic recovery while the U.S. has shifted its foreign policy seeking to contain China and cannot stop itself from withdrawing from one international treaty and organization after another.

As epidemic prevention and control becomes a new normal, Luo noted ASEAN Plus Three countries have bonded together to cope with pandemic through holding special ASEAN Plus Three Summit on COVID-19, sharing anti-epidemic experience and strengthening cooperation in medical fields.

According to the International Monetary Fund prediction, East Asia may become the only region with positive economic growth this year. Luo believes that the East Asian economy is expected to continue to lead the global economic recovery.

Noting that China and ASEAN countries have bucked the trend with the trade volume increasing by 5.6% in the first half-year, the Chinese vice foreign minister voiced positive for further East Asia's economic integration.

All parties spoke positively of ASEAN Plus Three mechanism's effective response to the epidemic and appreciated the efforts made by China and ASEAN countries to maintain peace and stability in the South China Sea.