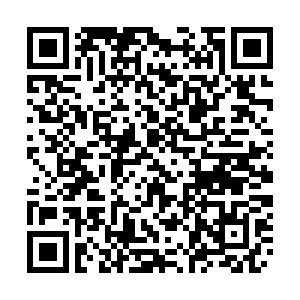 A spokesperson for the Chinese Embassy in Britain hit back on Tuesday at comments by British Foreign Secretary Dominic Raab that accused Beijing of so-called human rights abuses against Uygurs, claiming the remarks are complete lies.

The "gross human rights abuses" against the Uygurs and "forced sterilization and abortion" of Muslim women are sheer lies, the spokesperson said in a statement. From 1978 to 2018, the Uygur population in Xinjiang doubled, from 5.55 million to 11.68 million, and this ironclad evidence proves the above claims do not hold water, the statement added.

Xinjiang has sustained serious attacks at the hands of terrorists and extremists. In recent years, in face of the grave situation, counter-terrorism and de-radicalization measures have been adopted in Xinjiang in accordance with the law, which effectively contained the number and frequency of violent terrorist activities, and provided maximum protection to people of all ethnic groups in the region from terrorism and extremism, the statement noted.

It further elaborated that as of today, there has been no violent terrorist attacks in Xinjiang for more than three years consecutively; security in the region, and law and order have been greatly improved; the rights and interests of people of all ethnic groups are effectively safeguarded; people feel fulfilled, happier and more secure; life expectancy has increased from 30 in 1949, when the People's Republic of China was founded, to 72.35 today. And despite the impact of COVID-19, the first-quarter GDP growth rate of Xinjiang was the highest among all provinces and autonomous regions in China and 6.6 percentage points higher than the national average.

Turning a blind eye to the economic and social progress in Xinjiang and to the fact that the counter-terrorism and de-radicalization measures are completely legitimate and legal, some Western politicians – including those from the UK – have been spreading the "lie of a century" about Xinjiang, which fully reveals their bias and hostility towards China, it stressed.

The Chinese people, not British or other Western politicians, are best positioned to pass judgment on the human rights condition in China, the spokesperson said, urging these politicians to discard their tinted glasses and double standards, and view the human rights progress and counter-terrorism achievements in Xinjiang from an objective and fair perspective.

"We also advise them to use their time and energy for dealing with violations of human rights in their own countries," it added.

If the UK imposes sanctions on Chinese institutions or individuals in total disregard of the facts, China will respond resolutely and the UK will have to bear all the consequences, warned the spokesperson.