How the coronavirus spread through one immigration facility
CGTN 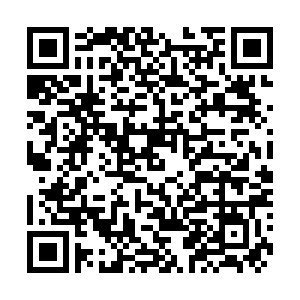 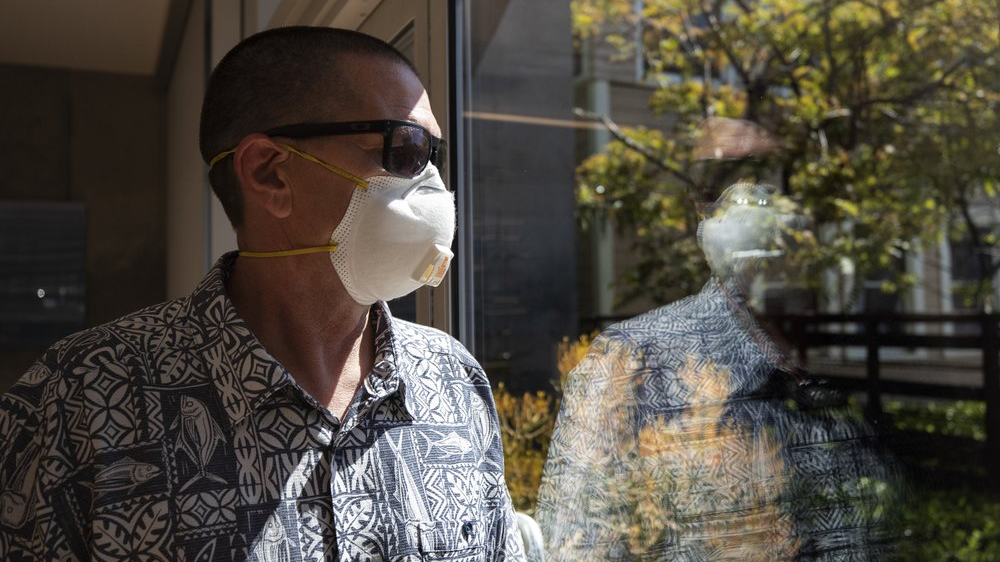 Gregory Arnold, a former guard at the Otay Mesa Detention Center, poses for a picture in San Diego, California, U.S., May 12, 2020. /AP

Gregory Arnold, a former guard at the Otay Mesa Detention Center, poses for a picture in San Diego, California, U.S., May 12, 2020. /AP

Gregory Arnold walked into the warden's office April 1 as the novel coronavirus ripped through one of the largest immigration detention centers in the United States. Waiting with about 40 guards to begin his shift, he heard a captain say face masks were prohibited.

Incredulous, he and a guard who recently gave birth wanted to hear it from the boss. Arnold told Warden Christopher LaRose that he was 60 years old and lived with an asthmatic son.

"With all due respect, sir, that's ridiculous." Arnold retorted.

He said he wanted to wear a mask and gloves, and "everyone else should be doing the same." But the warden was unmoved. And in the weeks that followed, Otay Mesa Detention Center would see the first big outbreak at U.S. Immigration and Customs Enforcement's (ICE) 221 detention centers. 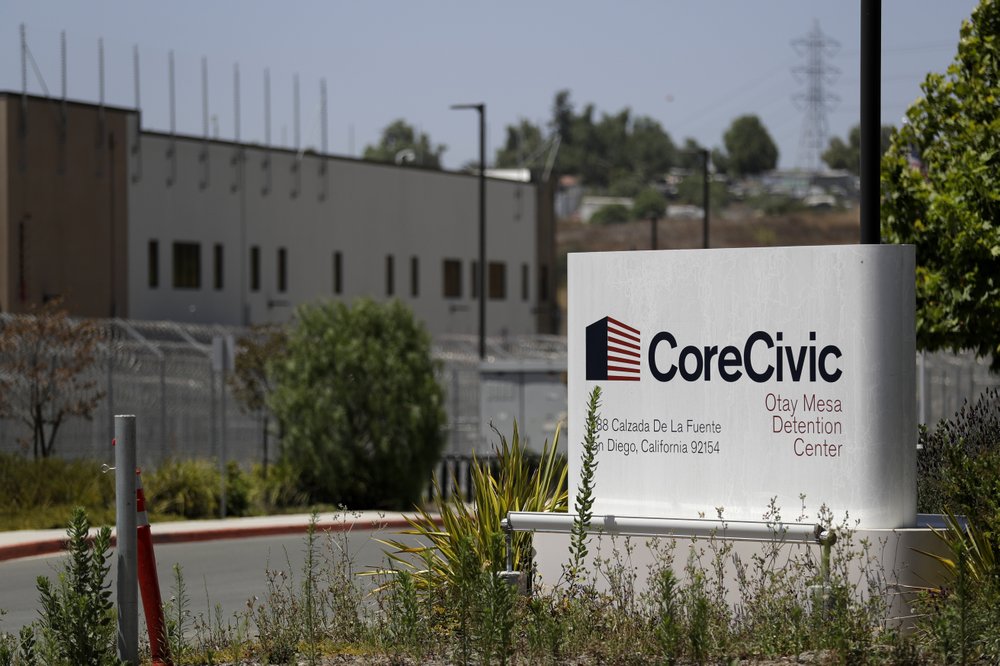 A sign for the Otay Mesa Detention Center in front of the building in San Diego, California, U.S., July 7, 2020. /AP

A sign for the Otay Mesa Detention Center in front of the building in San Diego, California, U.S., July 7, 2020. /AP

The origins of the outbreak are uncertain, but accounts of workers and detainees reveal shortcomings in how the private company that manages the center handled the disease: There was an early absence of facial coverings, and a lack of cleaning supplies. Symptomatic detainees were mixed with others.

Other centers would follow with their own outbreaks, and a Homeland Security Department internal watchdog survey of 188 detention centers taken in mid-April echoed some of what The Associated Press found at Otay Mesa: 19 percent of facility directors said there weren't enough standard surgical masks, 32 percent said there weren't enough N95 respirator masks, and 37 percent felt there wasn't enough hand sanitizer for detainees.

Like prisons, living conditions are cramped – except people held in immigration detention centers aren't accused of any crimes. They wait to appear before an immigration judge to argue they should be allowed to remain in the country.

The squat, two-story facility – managed under contract by CoreCivic Inc. and shared with U.S. Marshals Service inmates – is surrounded by two layers of chain-link fence topped by razor wire. Rooms of two to four bunk beds open into common areas with televisions, sofas and board games. 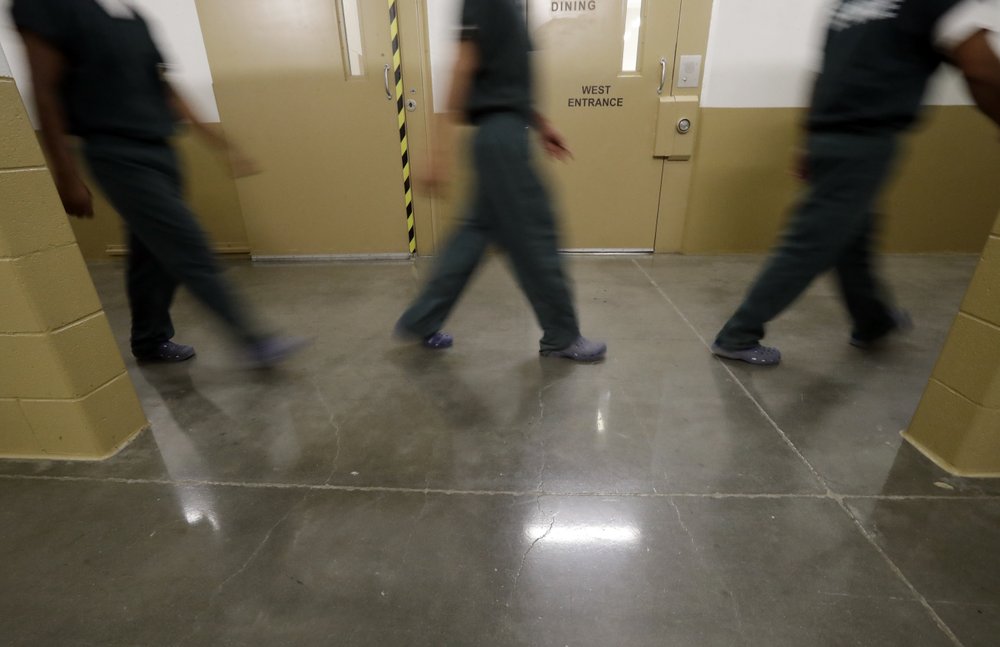 Margarita Smith, a guard who was named CoreCivic's Otay Mesa employee of the year in 2019, said managers frequently discouraged workers from wearing masks. The topic came up during briefings in March.

"They didn't want anyone wearing masks," said Smith, who was tapped by CoreCivic to lead an employee morale committee in January. "They said it would frighten the detainees and make them think that we're sick or something."

In a court filing, LaRose, the warden, said policies on masks evolved with guidance from the U.S. Centers for Disease Control and Prevention (CDC). Staff was required to wear them around quarantined detainees and they were optional for other employees starting the third week of March, he said, a statement that Arnold and Smith dispute.

Arnold said he wore a mask after learning about the detention center's first case on March 31, an employee who handed out equipment to guards starting their shifts. Unaware of any ban on facial coverings, detainees thanked him.

"I was disgusted," Arnold said. "It's obvious this thing was ramping up. I knew it was going to happen. I could just tell."

The contractor gave masks to detainees on April 10 but on condition they sign an English-language liability waiver, according to several detainees. It quickly retreated after a tense showdown with detainees.

"Everyone was screaming," said Issis Zavala of Honduras, who refused to sign but was released with an ankle bracelet because a 2007 bout of tuberculosis made her vulnerable. "They said, 'You just sign it. OK, if you don't want to sign, we'll just go.'" 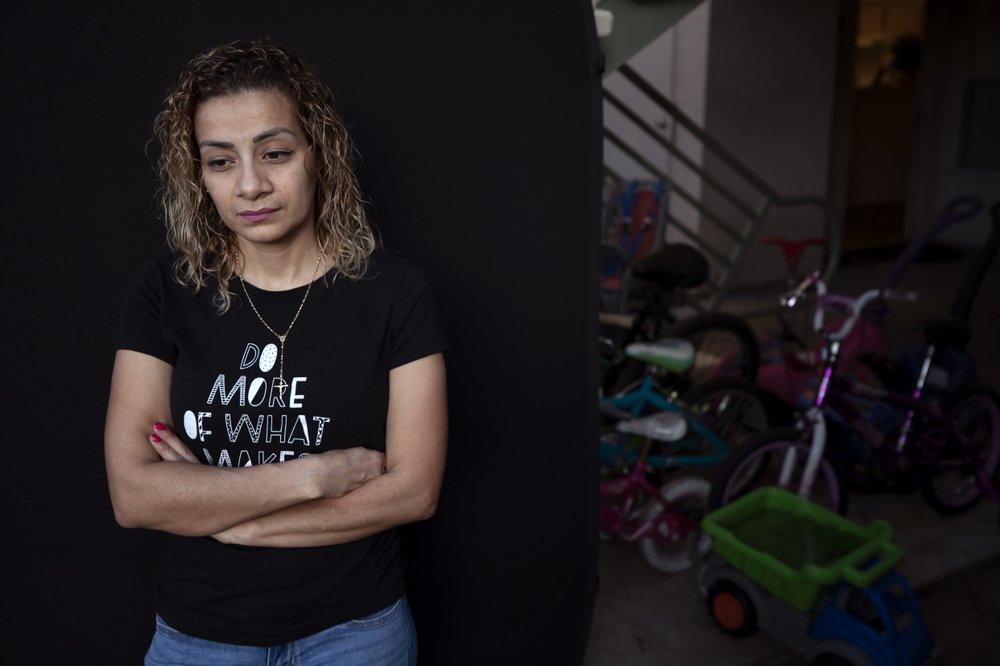 On March 17, the day that San Diego limited public gatherings to 50 people and closed restaurants, colleagues gathered to grill the warden. Smith recalls wondering why so many people – including about half the lieutenants – were allowed to gather so closely together in one room.

When an employee pressed for clean rags, the warden answered twice that there was no need because the chemicals used for cleaning were very powerful. Others asked when they would get more wipes and gels.

Gloves were hard to find, Smith said. Arnold said the ones he saw were too small for his hands. Hand sanitizer dispensers were often empty.

Feeling the warden wasn't taking the virus seriously, Smith felt she had no choice. At 48, she missed a week of work in early March with pneumonia, has asthma and had been sick off and on since November.

She quit. "I thought to myself I'm not going to get sick again," she said. "I just had a feeling that things weren't going to go good."

The detainees, of course, had not choice but to stay. Carlos Gonzalez Gutierrez, Mexico's consul general in San Diego, wrote ICE April 16 about a "generalized fear" among detainees, raising concerns about mixing ill and asymptomatic detainees and requiring liability waivers for masks. A consulate hotline got more than 100 calls.

Common grievances included a lack of personal hygiene products, social distancing and masks, Gonzalez Gutierrez said. They complained that they were instructed to drink saltwater to deal with pain, and that employees were not wearing personal protective equipment.

CoreCivic spokeswoman Amanda Gilchrist said the contractor rigorously followed guidance of health officials and ICE. She noted the CDC didn't fully embrace masks until the first week of April and said employees and detainees get face coverings without having to sign a waiver.

"We have responded to this unprecedented situation appropriately, thoroughly and with care for the safety and well-being of those entrusted to us and our communities," she said.

Zelaya, 35, said instructions came to wipe surfaces every hour on March 30 but rags were dirty. She used the same towel to clean toilets, door handles, phone receivers – and her hands.

"I clean houses," Zelaya remembers telling guards. "You can't use the same towel."

"Oh, we have a special chemical. It kills the bacteria," Zelaya said she was told.

Authorities insist detainees had plenty of free soap – 23,300 bars from March 24 to April 23 – but Rodriguez said the bar he got daily was barely enough to wash his hands or shower. Hand-sanitizer requests were denied because authorities worried they could be used for homemade alcohol.

Elizabeth Cruz, 22, said a detainee who was coughing badly in their cell the first week of April was removed for about a week, returned and removed again before testing positive. Cruz said she reported chest pain and breathing difficultly for two weeks but couldn't get more than allergy medication.

"I know my body and I am not well," she remembers telling a nurse, who told her there was nothing more she could do.

Cruz, of El Salvador, eventually tested positive and was placed in isolation with eight other infected detainees. 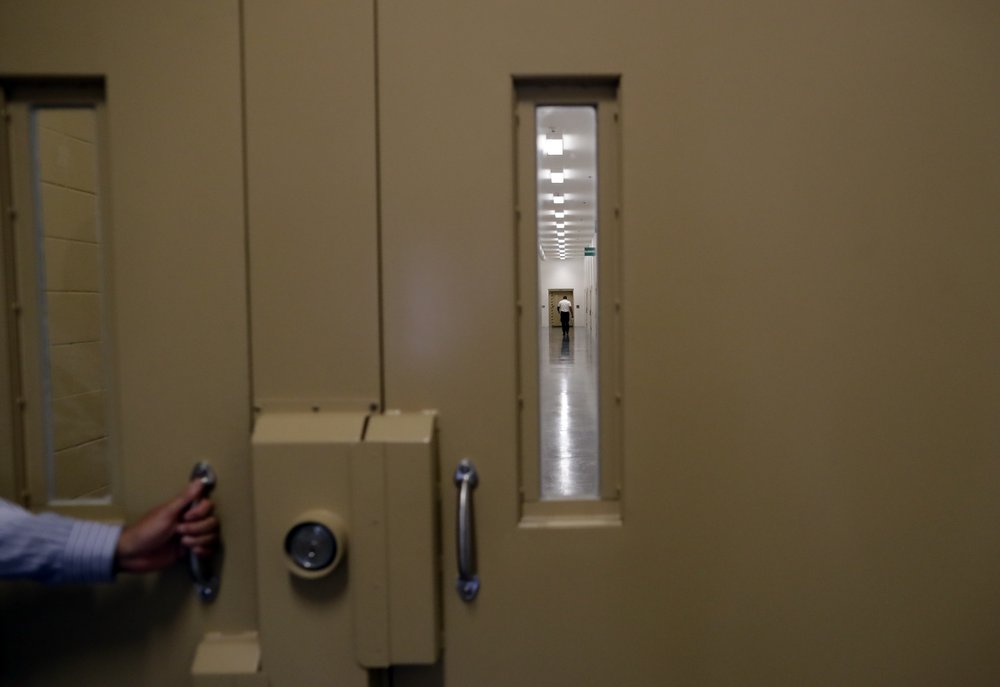 The virus for ICE

The virus has brought renewed scrutiny to ICE. The agency housed an all-time high of more than 56,000 people last year, with more than 500,000 bookings over a 12-month period, but policies to severely limit asylum and recent releases aimed at controlling the virus reduced the population to 22,340.

Overall, ICE has had 3,596 detainees test positive – 27 percent of those tested. Of those, 967 are currently in custody – the rest were released, deported or have recovered. At ICE, 45 detention center workers have tested positive, along with an undisclosed number of contractors.

Chad Wolf, acting Homeland Security secretary, told reporters in May in San Diego that ICE stopped taking detainees at Otay Mesa and "one or two others" and will continue to release the elderly and medically fragile. ICE cut the population at Otay Mesa by more than half in three months to 376 from 761 on April 1.

For weeks, Otay Mesa had the dubious distinction of the most cases in the ICE system but the spread effectively stopped; 168 detainees have tested positive since the start of the outbreak, as have 11 ICE employees and more than 30 CoreCivic workers. ICE said in a statement that increased testing and isolating detainees who tested positive contributed to improved conditions.

Cases are surging at facilities in Farmville, Virginia, with 315 detainees having tested positive, Anson, Texas, with 290, Eloy, Arizona, with 250 and Houston with 206, At Eloy, 128 of about 315 employees had tested positive as of earlier this month, according to CoreCivic, which manages the facility.

Arnold resigned after his April 1 confrontation with the warden, just as the virus was tearing through Otay Mesa. Smith took a two-week leave before resigning, torn over her loyalty to the job and what she considers is CoreCivic's tendency to "cut corners." Both have sued the company in federal court.