Is the Chinese electric car market experiencing a winner-takes-all moment?
By Yu Jing 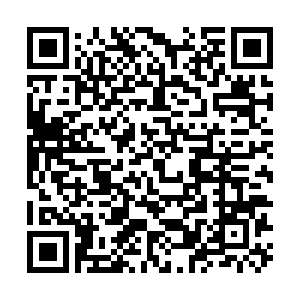 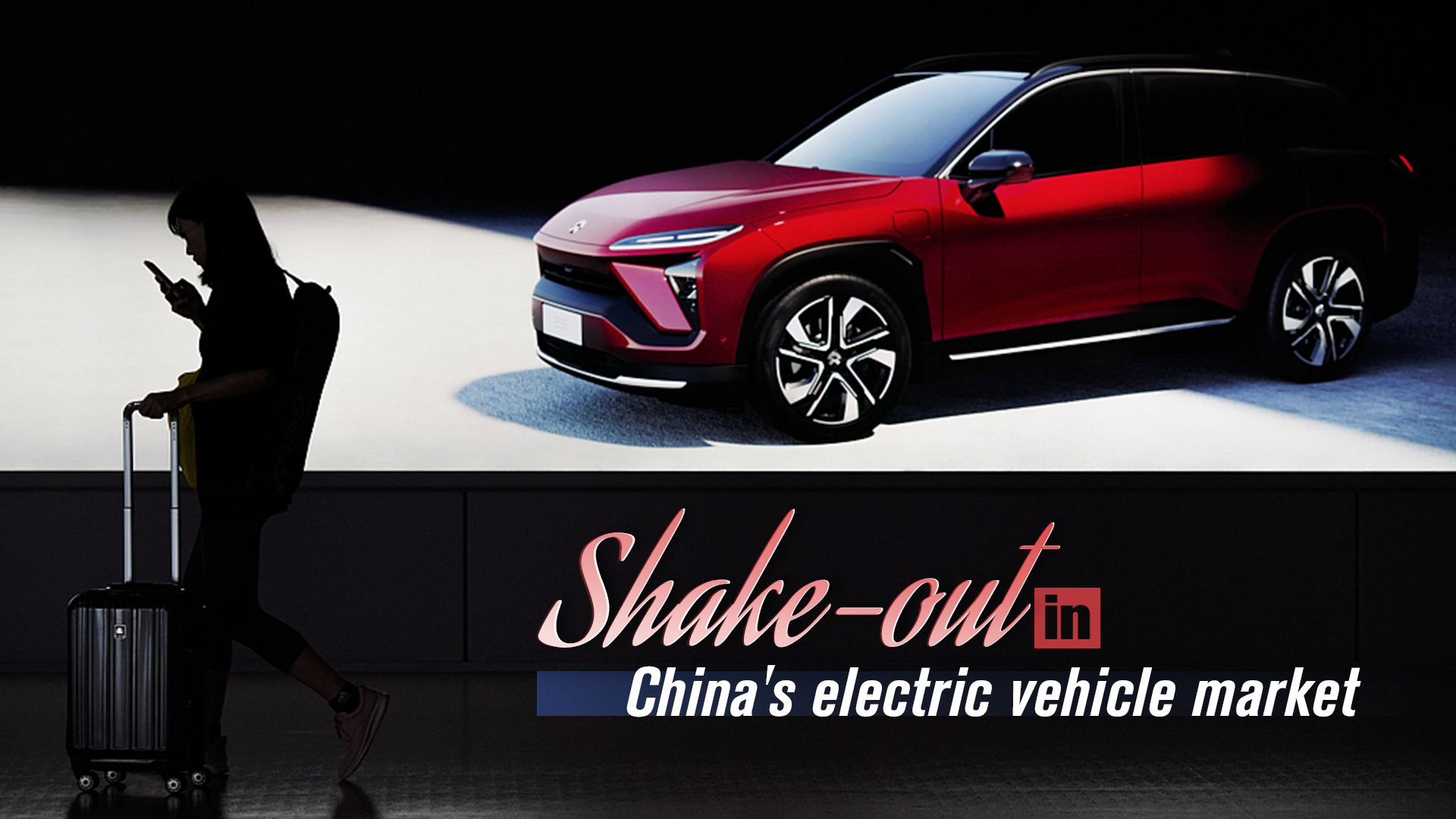 As a slew of U.S.-listed Chinese companies are returning to domestic markets, Chinese electric vehicle (EV) startup Li Auto, recently announced that it had filed for a U.S. initial public offering, seeking to list its stock on the Nasdaq.

This came two years after NIO, China's best-known EV startup, became the first Chinese EV startup that went public in the U.S. market. Xpeng Motors, the Guangzhou-based EV startup, announced on Monday that it has raised around 500 million dollars in its latest fundraising.

The Chinese EV market is experiencing a shakeout since the pandemic stroke. Sales of new energy vehicles, including all-electric, fuel-cell, and plug-in hybrid models, went down 37.4 percent from January to June from a year earlier, according to the China Association of Automobile Manufacturers. But sales of premium EV increased rapidly since May, with Tesla's sales tripled from April to May and that of NIO seeing an increase for three consecutive months.

"This is a difficult year for Chinese new energy carmakers due to the phase-out of new energy subsidies coupled with the heavy blow brought by the pandemic," said Zhang Yu, managing director of Shanghai-based Automotive Foresight Co.

But for premium EV makers, the impact is limited, because consumers who have the demand for an upgrade can afford an increase in price, he added. 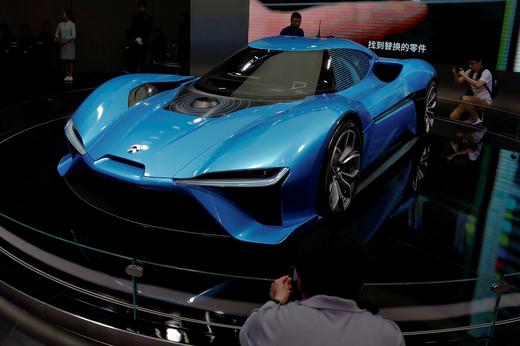 People gather around the NIO EP9 electric car displayed, at the Shanghai Auto Show, during its media day, in Shanghai, China, April 19, 2017. /Reuters

People gather around the NIO EP9 electric car displayed, at the Shanghai Auto Show, during its media day, in Shanghai, China, April 19, 2017. /Reuters

Li Auto, which makes premium electric SUV, is famous for its budget-saving approach. The company's first-quarter gross margin of this year reached around 8 percent when NIO's gross margin of the same period stood at –7.4 percent.

"For new energy carmakers, a net loss of around one billion yuan is already an achievement, not to mention making a profit," said Zhang.

Li Auto is facing a similar dilemma. It has suffered a total net loss of more than 4 billion yuan over the past two and a half years and may continue to have pressure on generating positive cash flow as it plans to ramp up production, expand manufacturing facilities and retail stores.

Securing money is one obvious benefit of going public, and it can also help raise the name-recognition of the company, and even attract new customers, said Wang Qinglin, analyst at iiMedia Research Group. 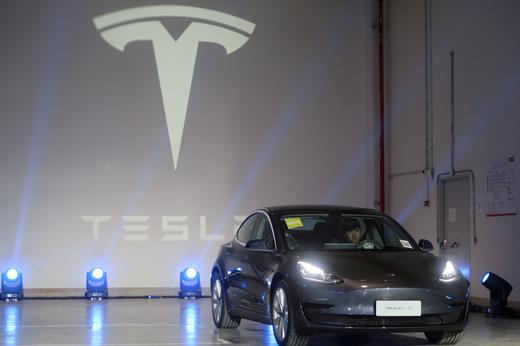 A Tesla Model 3 vehicle is seen at a delivery ceremony at the Shanghai Gigafactory of the U.S. electric car maker in Shanghai, China, December 30, 2019. /Reuters

A Tesla Model 3 vehicle is seen at a delivery ceremony at the Shanghai Gigafactory of the U.S. electric car maker in Shanghai, China, December 30, 2019. /Reuters

Chinese EV makers are also trying to ride the wave spearheaded by Tesla which recently became the world's most valuable carmaker overtaking Toyota. From mid-March to mid-July, stocks of Tesla quadrupled while its second-quarter deliveries outpaced expectation.

Tesla shows a great example that after 11 years of net loss, EV can turn out profitable and become mainstream, even posing a challenge to fossil-fuel powered vehicles, said Zhang from Automotive Foresight Co.

"Investors are willing to place their bet on EV companies because they are convinced that there is a bright future for electric cars," he noted.

One primary reason why investors place their trust in EV is that in the longer term, the cost of EV will go down, as seen in the fact that the price of premium EV, like Tesla Model 3, is now almost equivalent to that of premium fossil-fuel powered vehicles.

According to Bloomberg NEF, as the scale of battery production increases and the design of battery packs improves, falling battery costs will push EVs to achieve price parity by 2025. 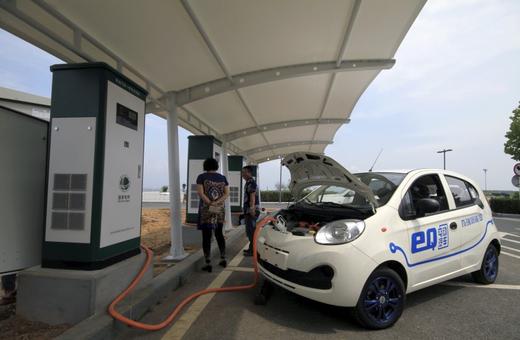 A Chery electric car is being charged at a charging station in Dalian, Liaoning Province, China, September 1, 2015. /Reuters

A Chery electric car is being charged at a charging station in Dalian, Liaoning Province, China, September 1, 2015. /Reuters

The other factor that may stop consumers from adopting EV, apart from the initial cost of the vehicle, is range anxiety, said James Morris, editor of independent electric vehicle website WhichEV as well as a Forbes contributor. 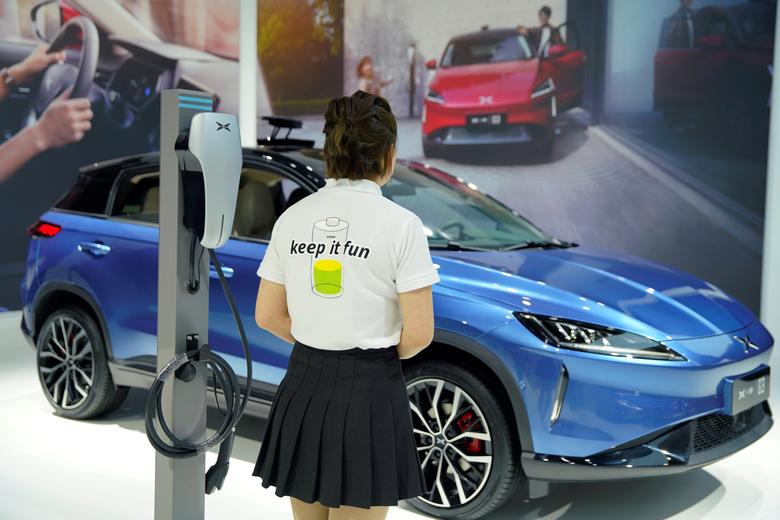 A staff member of Xpeng Motors stands next to a charging station at the company's booth during Shanghai Auto Show, Shanghai, 2019. /Reuters

A staff member of Xpeng Motors stands next to a charging station at the company's booth during Shanghai Auto Show, Shanghai, 2019. /Reuters

In China, electrification is a national goal. China has set the goal of making new energy vehicles account for 25 percent of auto sales by 2025. A favorable government policy—domestic EV startups were exempted from a 10 percent sales tax and subsidies were provided for EV buyers—helps make China the largest EV market in the world as measured by sales volume.

New infrastructure development, an initiative that is high on the government's agenda this year that pushes for the development of 5G and artificial intelligence, also creates a favorable condition for the growth of EV, by promoting technology such as autonomous driving and internet of vehicles, said Wang.

Although Chinese EV startups numbered 635 in early 2019, many have failed to produce even one single car. Three Chinese EV makers that once regarded as some with the most potential, Byton Ltd., Bordrin Motors, and Jiangsu Saleen Automotive Technology, have suspended operation this year due to financial woes.

Since the research and development cost of new energy vehicles is extremely high, and the batteries that power those electric vehicles are still expensive, said Zhang, cash-strapped EV makers may be squeezed out even before they join the race in the market.

But for those that managed to survive, their ability to deliver affordable electric cars with decent quality means they could be real winners, said Morris. "Xpeng, or BYD Han, may not be as good as Tesla, but people can afford them, and they can do the job," he noted.