The pandemic is making us 'Zoom fatigued.' What about after it?
By Zeng Ziyi, Wang Xiaonan 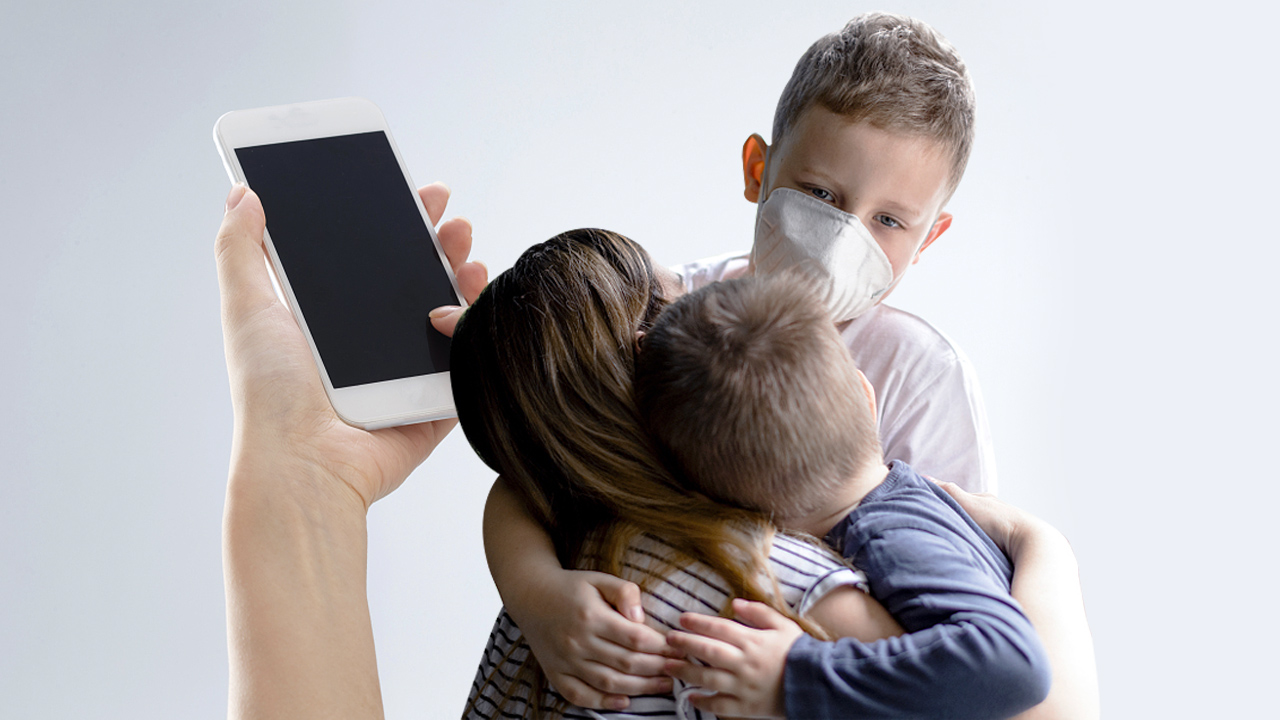 There's little doubt the unfolding COVID-19 pandemic is changing the definition of "living" as many people know it. To stem the spread of the deadly virus, a large chunk of what we consider daily life – classes, business trips, happy hours and even blind dates – moved online overnight.

Behind computer screens of various sizes, we are working, talking, and recreating in an entirely virtual world.

In April alone, worldwide downloads of Skype, Houseparty and Zoom surged by over 100 percent, according to market intelligence firm Priori Data. The video conferencing app Zoom gained particular popularity among students, amassing some 27 million downloads compared to 6.2 million for runner-up Skype during the same period.

While video chat can help us stay connected under lockdown, increasing evidence shows that its overuse takes a toll on our intricate psyche. More people are experiencing what's called "Zoom fatigue" from staring into dozens of faces, including their own, sometimes for hours at a time.

Experts say the feeling of being watched by several people simultaneously during a virtual meeting can make us feel like we need to perform constantly. This urge to always be our best drains our energy quickly and causes undue stress and anxiety. Meanwhile, being at a meeting while physically absent can play tricks on our brain.

Our minds are together when our bodies feel we're not. That dissonance, which causes people to have conflicting feelings, is exhausting. You cannot relax into the conversation naturally.
-  Gianpiero Petriglieri, associate professor at INSEAD

Several companies have already given their takes on the issue. In July, Microsoft rolled out a new feature called "together mode" that superimposes participants onto a virtual auditorium on its Microsoft Teams software. The tech giant says compared to the conventional grid layout, people feel more at ease and are less likely to stare at themselves. There's also Loom, a video messaging app that allows its users to process and respond to recorded clips from their coworkers on their own pace.

The young generation is also bringing their creativity to the technological frontier where a brave new world of digital reality is being created. To avoid group gatherings during the pandemic, several schools and universities in Japan, the U.S. and China have hosted graduation ceremonies on the videogame Minecraft, which hugely popular among young adults. The game gives its players freedom to build anything imaginable using virtual blocks and its unique mechanisms, from spaceships to ancient metropolises.

In July, graduates from the Communication University of China walked the red carpet wearing graduation gowns on a fully-replicated campus inside Minecraft.

"Everyone laments that we cannot have an offline commencement ceremony, so this is one of the reasons why we built this online campus," said Wang Zuo, who helped built the virtual campus. "Our team is very happy that we can bring so much happiness to our classmates."

Things get even more exciting when the possibilities brought by 5G are considered. The incredible bandwidth from 5G will not only eliminate any lags during virtual conferences that are commonplace today, but also enables new exciting platforms such as virtual reality (VR), augmented reality (AR) and even the combination of both known as mixed reality (MR).

There's evidence showing interactions through VR can fundamentally alter our perception and make us more empathic. According to new research by Stanford University, people who saw the experience of losing their jobs and homes through VR developed longer-lasting compassion toward the homeless compared to those who explored the scenario on other media.

Experiences are what defines us as humans, so it's not surprising that an intense experience in VR is more impactful than imagining something.
-  Jeremy Bailenson, professor of communication at Stanford

So is everything perfect?

Such advanced technology, while keeping people reachable under quarantine, stays far away from a panacea.

The technological hiccups that happen so frequently during virtual meetings – the freezing, blurring and out-of-sync audio – can all disrupt our ability to interpret messages and add to our unease. One study from 2014 by German researchers showed delays as short as 1.2 seconds during a phone or virtual meeting led people to perceive others negatively.

Moreover, Facetime cannot replace face time. Human communication relies heavily on non-verbal cues, such as facial expressions, hand gestures, body postures and tones of speaking. They largely decide how effective our communication is. Being physically present makes a huge difference from virtual meetings, as body language is not being transmitted as directly and intuitively.

When we have physical contact, we can touch, hug, and feel. Shaking hands, for example, delivers warmth because it activates the nucleus accumbens – the site of the brain mediating reward behaviors, according to the conclusion of an experiment by researchers at Harvard. It helps convey warmth and comfort while mitigating negative perceptions about the stranger.

Oxytocin, a chemical that usually occurs when we snuggle or bond socially, is released when we reach out. Touch and hugs hence have the power to heal when we are tired or feel vulnerable physically or mentally. It plays a role in building trust, giving hope and relieving anxiety.

During a pandemic, which seems unlikely to disappear any time soon, we covet technology that enables fast, smooth telecommunication. For families and friends separated apart by the virus and stranded in each home, video chat is the next best thing when plans for visits in the foreseeable future is pending. We are waiting for the day when we can meet hug each other again.

When we are physically present, we are often more emotionally present. We express ourselves much differently. We can touch. We can feel. We can look directly into someone's eyes. It's what makes us human.
-  Karen Friedman, business communications expert