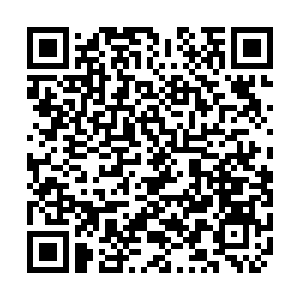 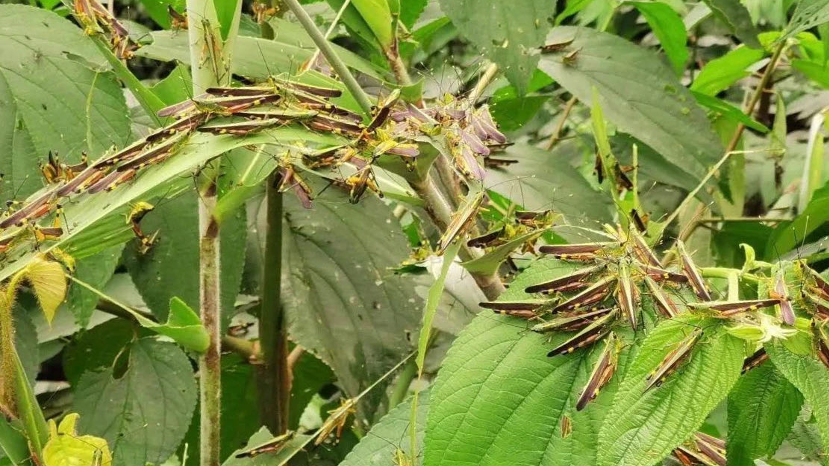 The battle against the locust "invasion" in Southwest China's Yunnan Province is underway, in hope that the plague of insects can be brought under control in a timely manner.

The pests, identified as the yellow-spined bamboo locusts, migrated in bulk to several border counties of Yunnan from neighboring countries starting late June. The Ministry of Agriculture and Rural Affairs said on July 17 that they are mostly coming from Phongsaly in Laos.

As of Tuesday, about 8,900 hectares of land in three cities – Pu'er, Xishuangbanna, and Honghe, has suffered damage of varying degrees, according to a statement from the plague prevention and control headquarters in Yunnan.

Jiangcheng County in Pu'er, which borders both Laos and Vietnam, is the worst-hit area. Large swarms of locusts have been seen flying across the sky of the county during the past days.

"There are no specific routes for these insects. They would land in the areas with bamboos and plantain trees," said Zhu Weihong, a resident of Jiangcheng. 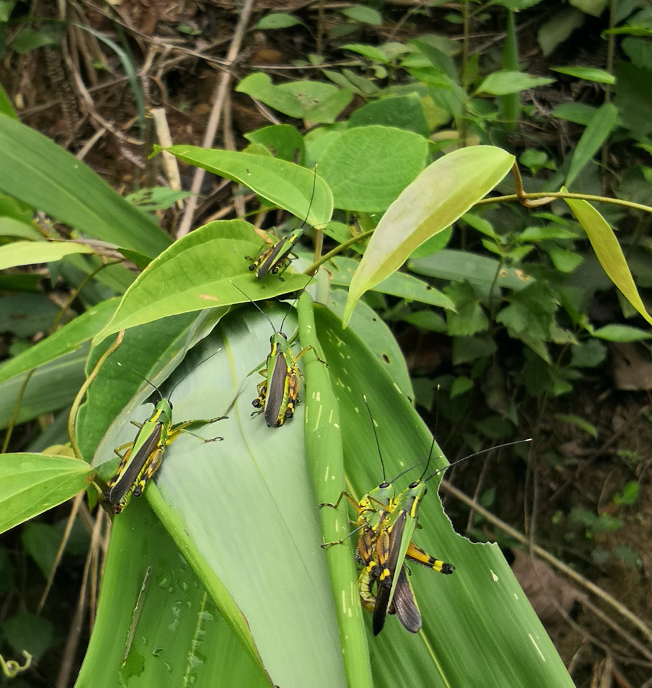 Many farmers have expressed concerns over the incursion expected to last until September.

"The corn leaves were all eaten. The tassels have been destroyed, so there won't be any pollination. "If the situation is not controlled, we are not expecting to harvest," said a farmer of Jiangcheng on condition of anonymity. 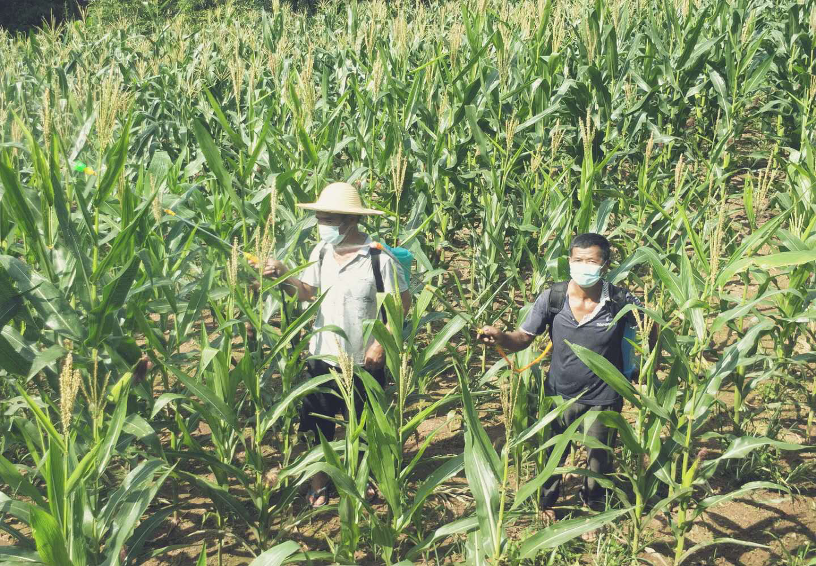 The yellow-spined bamboo locusts mainly feed on bamboo. Crops like plantain, corn and paddy rice are also among their options. They can also be found in southern parts of China. Compared with the "desert locusts," they don't migrate a long distance and only breed once a year, while the desert locusts breed five times or even more in a year.

Authorities have stepped up efforts to contain the plague since late June. The Agriculture ministry and the forestry administration have sent experts to Yunnan to assist in the prevention and control work.

So far, Yunnan authorities have conducted more than 4,000 drone flights and put into a large number of pesticide sprayers against insects. Jiangcheng County government has also formed a special team of some 2,000 people to monitor the movement of the grasshoppers. 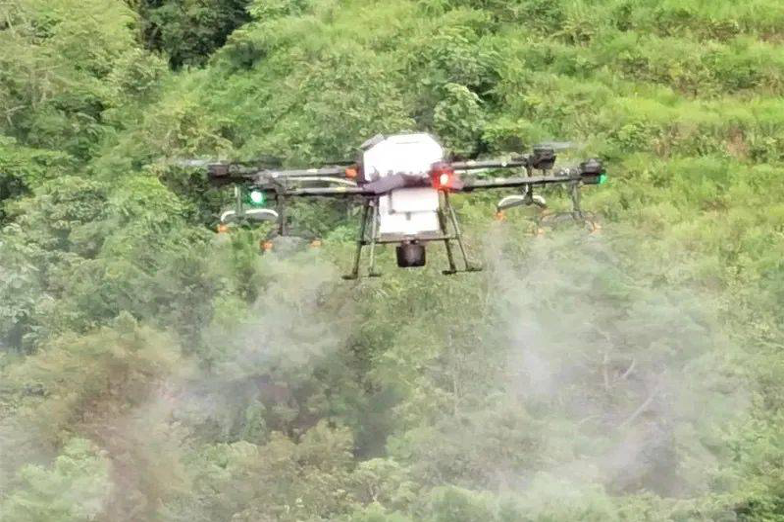 A drone sprays pesticides to kill the locusts. / Pu'er Forestry and Grassland Bureau

A drone sprays pesticides to kill the locusts. / Pu'er Forestry and Grassland Bureau

"I think the most effective way is to control the locusts from the source. So we have to cooperate, in terms of technology, with the countries where the insects originate from," said Shen Aidong, a researcher from Yunnan Academy of Agricultural Sciences.

Shen suggested that a special zone set up in the forest-agriculture ecotones to prevent a further inbreak of the pests and mitigate the impact of the "disaster."

Several provinces in Laos are also working to battle the disaster. The Laotian Times reported in late June that many dry season rice and crops in Phongsaly province were destroyed by yellow-spined bamboo locusts.

According to a report by The Vientiane Times in early June, authorities in Luang Prabang province were spraying insecticide to kill locusts after swarms of insects devastated more than 30 hectares of crops in 11 villages.

An academic document compiled by experts from Yunnan says global temperature rising is the fundamental cause for the plague this year, as most of the eggs overwintering in the soil won't be frozen to death and will hatch in quantity the next year.

It further points out that the high temperature and drought that Laos experienced this spring has accelerated the hatching process of the eggs and increased the survival rate of the larvae.

The rainfall over the past few days helped mitigate the situation to some extent. But experts predict that it's highly possible that the locusts would spread to more areas in coming days.