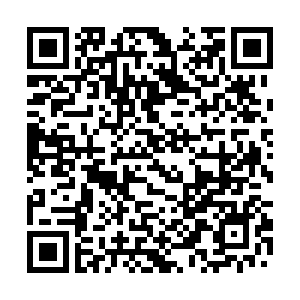 The Chinese mainland confirmed 14 new COVID-19 cases Tuesday, of which nine were domestically transmitted in northwest China's Xinjiang Uygur Autonomous Region, according to the National Health Commission (NHC). The other five cases were from overseas, with two confirmed in Shanghai, one in Guangdong Province and one in Yunnan Province.

No deaths related to the disease were registered, according to the NHC. 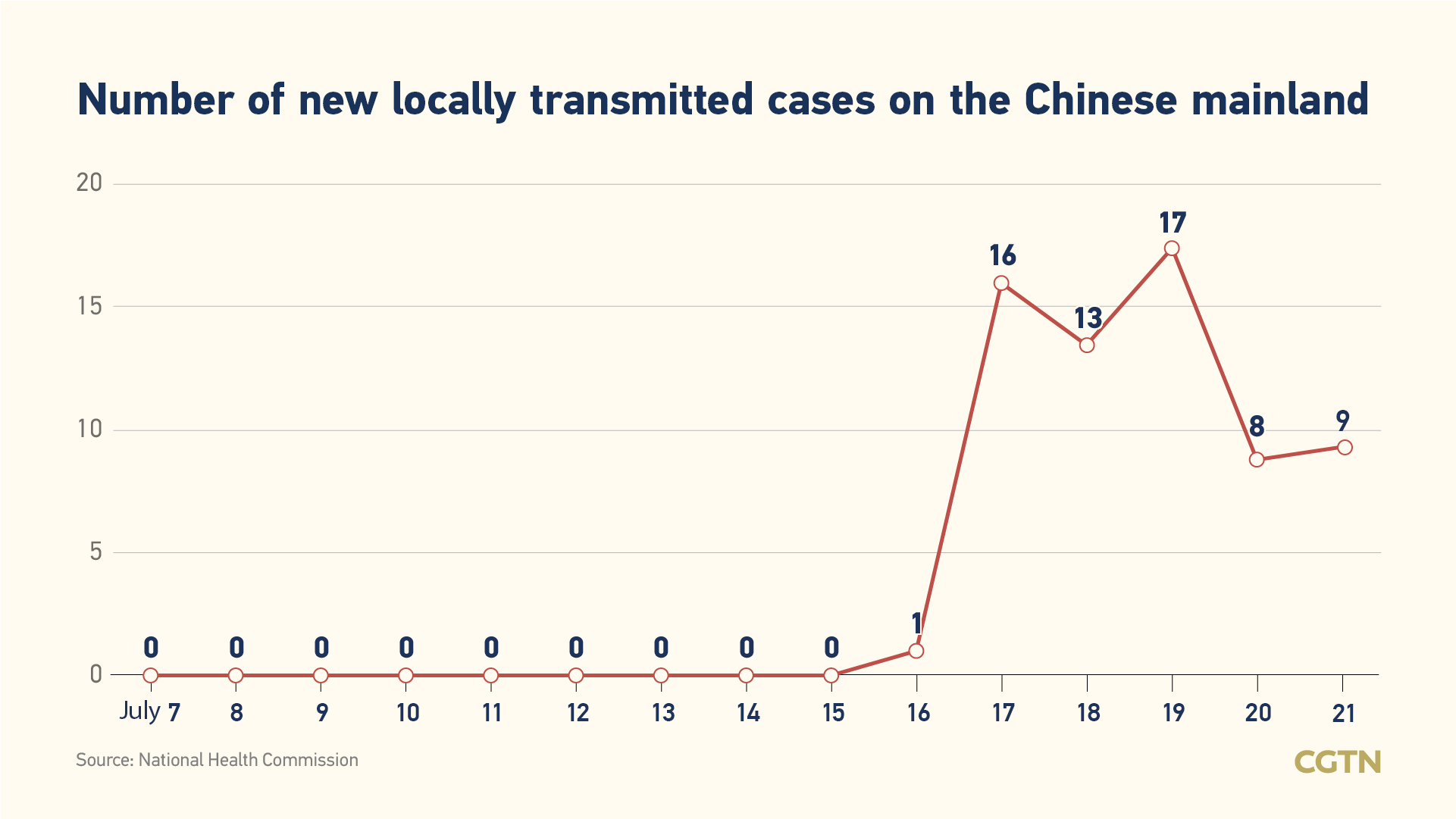 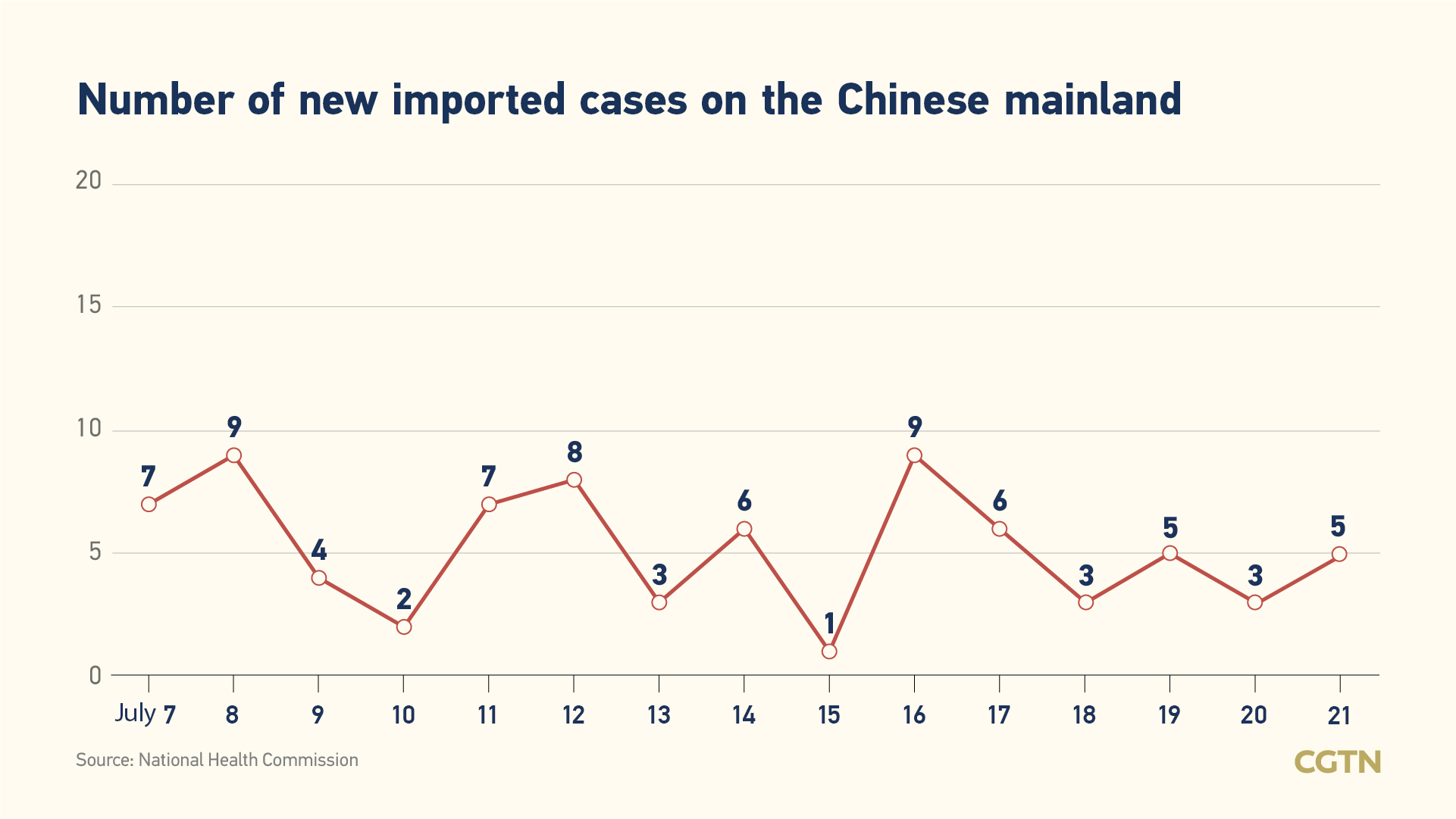 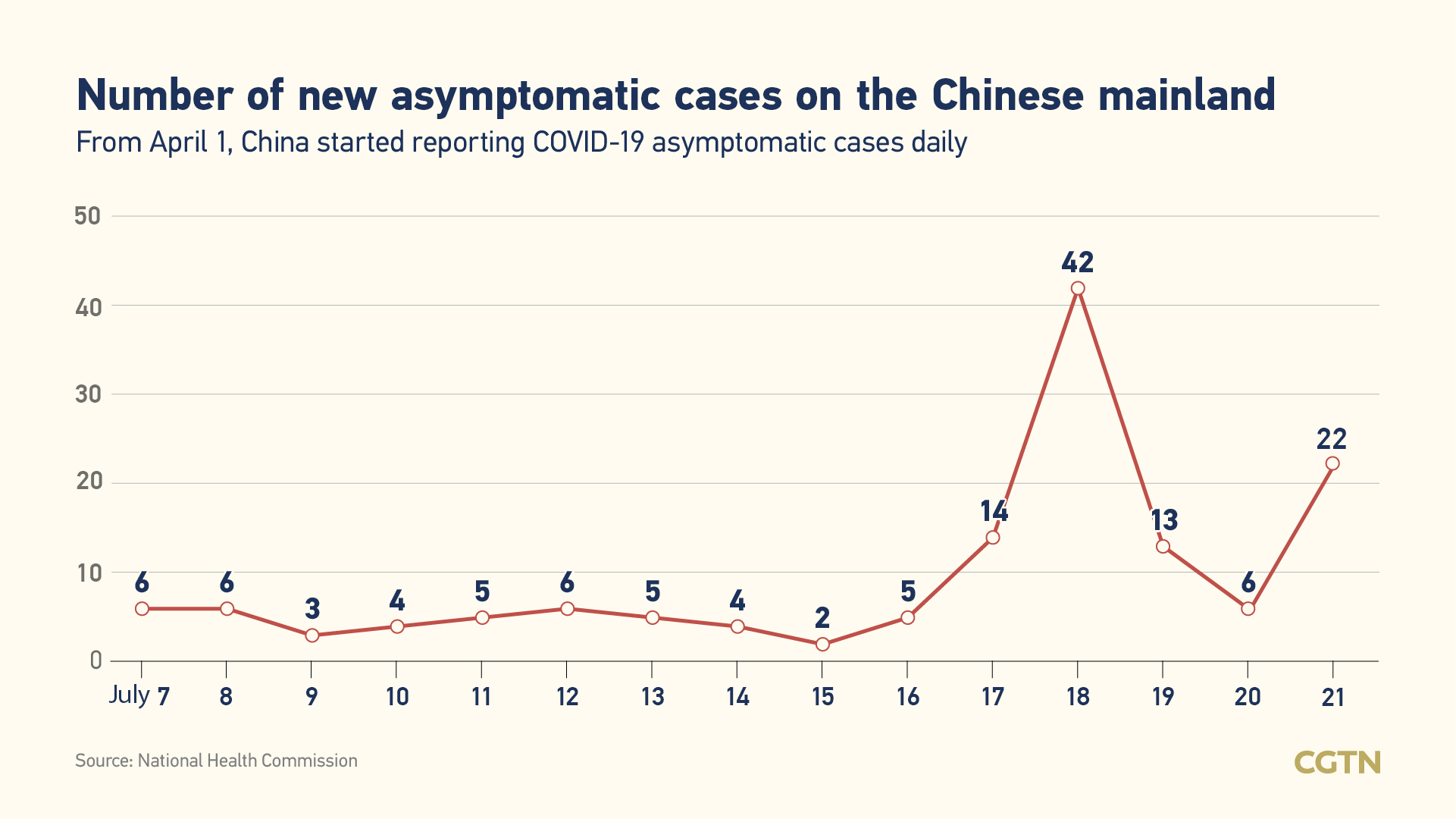