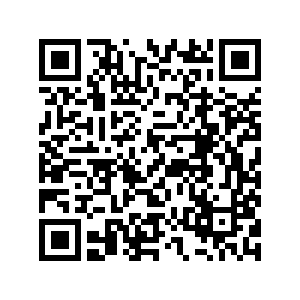 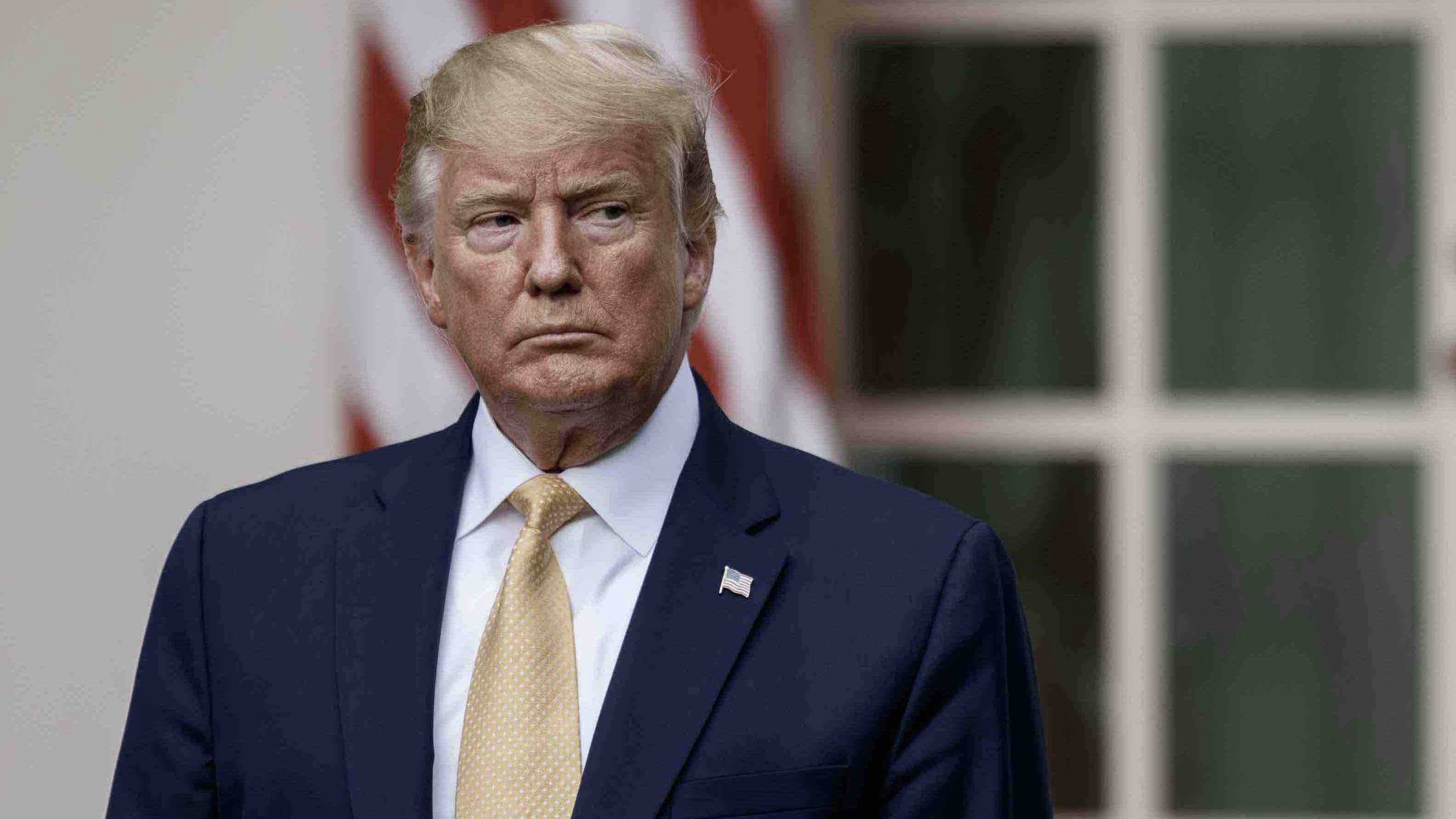 Editor's note: Sultan Mehmood Hali is a veteran of the Pakistan Air Force and television host with PTV News. The article reflects the author's opinion and not necessarily the views of CGTN.

The world is reeling under the onslaught of the COVID-19 pandemic and the U.S. has the maximum number of casualties yet the Trump administration continues to take potshots at China.

Sino-U.S. rivalry took an ugly turn, when earlier this week, Washington barred 11 new Chinese companies from purchasing American technology and products without a special license, claiming that the firms were "complicit in human rights violations" against Muslims in China's Xinjiang Uygur Autonomous Region.

The sanctioned firms include current and former suppliers to some reputed international brands, such as Apple, Ralph Lauren, Google, HP, Tommy Hilfiger, Hugo Boss and Muji, according to a report by the Australian Strategic Policy Institute, a think tank established by the Australian government.

The think tank cited the websites of the sanctioned Chinese firms, mentioning their financial ties with major American brands. Ironically, senior representatives from these companies visited China in the near past and found no evidence to support the allegations made against Beijing for the supposed harsh treatment of the Uygurs.

On December 3, 2019, the U.S. House of Representatives passed the Uygur Human Rights Policy Act of 2019. This draconian piece of legislation deliberately smeared the human rights conditions in Xinjiang, slandering China's efforts toward de-radicalization and counter-terrorism and viciously attacking its policy in the autonomous region.

Last week, the Trump administration imposed sanctions on multiple officials from China, including a senior member of the Communist Party of China (CPC), over human rights abuses against the largely Muslim Uygur minority.

The targets of the sanctions included Chen Quanguo, a member of the Political Bureau of CPC Central Committee and Party secretary of the Xinjiang Uygur Autonomous Region.

Firing such broadsides at Beijing, especially in the shape of legislative actions, is not only a blatant violation of international law and basic norms governing international relations, but also gross interference in China's internal affairs.

China rightly expressed serious reservations at the Uygur Human Rights Policy Act of 2019 and is considering action against the current offensive by the Trump administration. 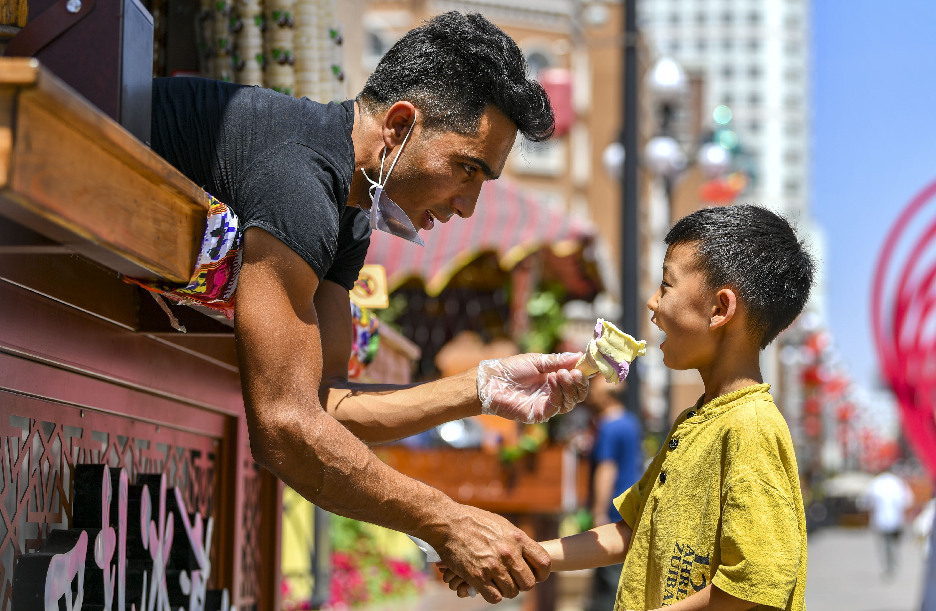 The latest move comes at the heels of a recent campaign in which the official account of U.S. diplomatic missions in China retweeted a post: "Many products made in China are made by slave labor. Every business should scrub its supply chain to ensure it's not profiting from the Chinese Communist Party's human rights abuse of Uygurs in Xinjiang." The words came with a picture showing a fabric label that reads "made by slave labor in China."

To gauge the rationale behind such erratic behavior by the U.S., especially when the 2020 presidential elections are around the corner, one needs to delve deeper into the current mindset prevailing at the White House.

Apparently, the barrage of issues have perplexed the Trump administration. The threat posed by COVID-19 was not recognized in its entirety, resulting in a spike in deaths.

The shoe of human rights abuse was found to fit the U.S. The whole of U.S. as well as most of Europe was shocked and appalled at the brutal killing of George Floyd. Massive protest rallies were organized around the globe, bringing derision and disdain to the gross human rights abuse.

The UN's World Food Program has warned of famine of biblical propositions; that the pandemic can drive millions to starvation. This extreme situation calls for the U.S. and China to pool resources to help the world overcome this impending massive calamity. However, the U.S. continues to disparage China.

The latest U.S. presidential polls indicate a lead of 10 percent for Trump's rival Joe Biden, and the gap is widening. At this critical juncture when Trump should be considering adopting firefighting measures to win the looming elections, he is apparently busy in diverting public opinion toward China.

Whistleblower John Bolton, former U.S. national security adviser, in his recently published book "The Room Where It Happened: A White House Memoir" divulges that Trump was willing to look the other way and ignore China's alleged human rights abuse since he was seeking a trade deal with Beijing. After securing the deal, he is coming hard on President Xi Jinping to garner his voters' support.

Independent observers, including this scribe, have toured the length and breadth of Xinjiang and found no evidence of the alleged atrocities against any Chinese ethnic minority, what to talk of the Uygurs.

Numerous visits by this scribe to Xinjiang over the past four and a half decades have indicated that once upon a time, China's western area was less developed than the more opulent eastern provinces, which led to a sense of deprivation. And more than a decade ago, there was an uprising by disgruntled Uygurs, who were instigated by the West.

Subsequent visits to Xinjiang have shown that not only has normalcy been restored but also the standard of living of average Uygurs has been considerably raised.

The allegations of slave labor are also misplaced and are a figment of the imagination of China's detractors, who want to pull it down with false propaganda.

One can only hope that the baseless propaganda campaign against China will cease in November when the U.S. goes to polls.