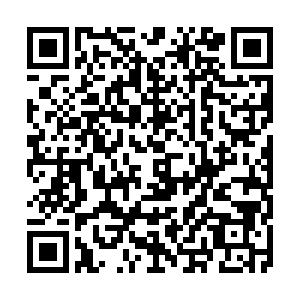 Editor's note: This article is the first in a four-part series on water resources cooperation between China and Mekong countries. The program explores common challenges facing the region as a whole, and explores the efficacy of a water partnership that bonds communities together. 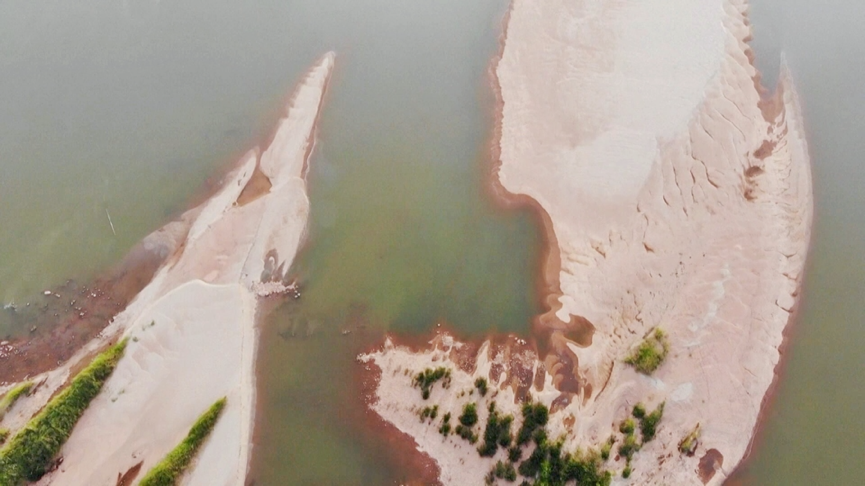 The Lancang River originates from the Qinghai-Tibet Plateau. When it flows out of China, it becomes the Mekong, and winds through five Southeast Asian countries, namely Myanmar, Laos, Thailand, Cambodia and Vietnam. Known as the "Danube of the East," this trans-boundary river is 4,880 kilometers in length and drains a total area of 812,400 square kilometers.

In recent years, Lancang-Mekong Basin has witnessed an increase in both frequency and intensity of droughts, which have severely affected water supply, irrigation, ecosystem and navigation.

Per statistics, water levels of hydrological stations on both the mainstream and tributaries of the Lancang-Mekong River have been successively lower than the long-term average due to continuously high temperatures and low rainfall since June 2019.

Droughts occurred in most areas with varying degrees. In some parts of Laos, it reached a 50-year intensity. Thailand and Vietnam went through incessant and severe droughts. Cambodia also reported impacts of drought and high temperatures as its local governments reported bad harvest. 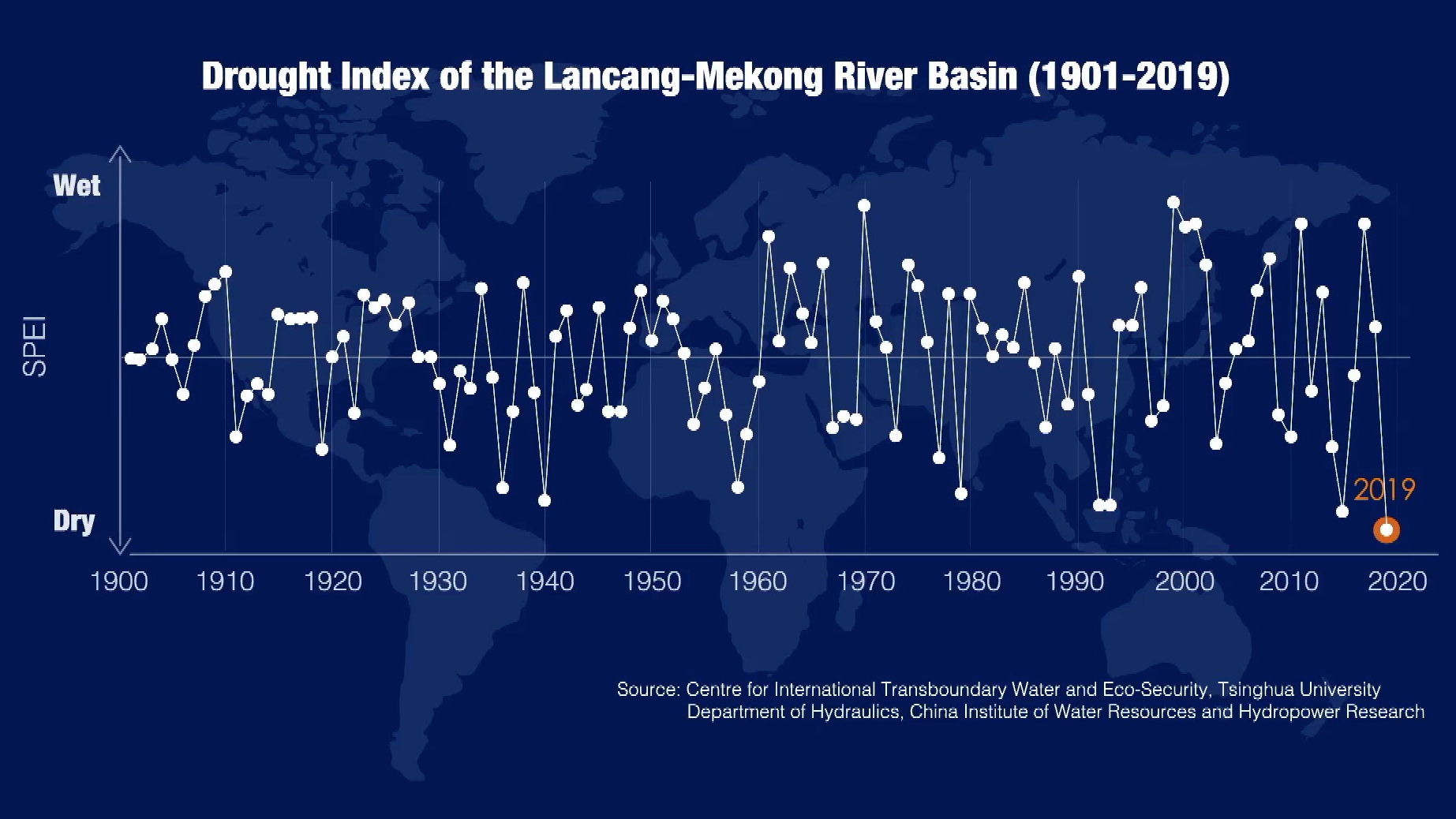 This index, based on a Chinese study published on July 15, shows that the year 2019 has been the worst-hit by drought in Lancang-Mekong River Basin over the past 119 years. /Tsinghua University and Chinese Institute of Water Resources and Hydropower Research

This index, based on a Chinese study published on July 15, shows that the year 2019 has been the worst-hit by drought in Lancang-Mekong River Basin over the past 119 years. /Tsinghua University and Chinese Institute of Water Resources and Hydropower Research

Likewise, Southwest China's Yunnan Province experienced similar climatic conditions. Local communities along the Lancang River, such as Menghai County, found it difficult to get adequate drinking water. In addition, rising temperatures and the lowest rainfall in decades reduced the output of the local Pu'er tea.

Lan Pi, a tea grower and manufacturer, told CGTN that the annual output of his tea plantation in 2018 was 150 kilograms, but in 2019, it was reduced by two-thirds to 56 kilograms. This year, he only harvested 36 kilograms, a loss of three-quarters.

"My father is over 80 years old. He said he's never experienced such a drought. It's the very first time," Lan said.

The lingering drought cut off some 100 rivers in Yunnan Province and dried up nearly 200 reservoirs, resulting in over a million people lacking drinking water. According to the meteorological data provided by China Meteorological Agency, the annual precipitation in the Lancang River basin in 2019 was 680.4 mm, which is about 25 percent less than its long-term average, with the April-June figures standing at 40-70 percent. 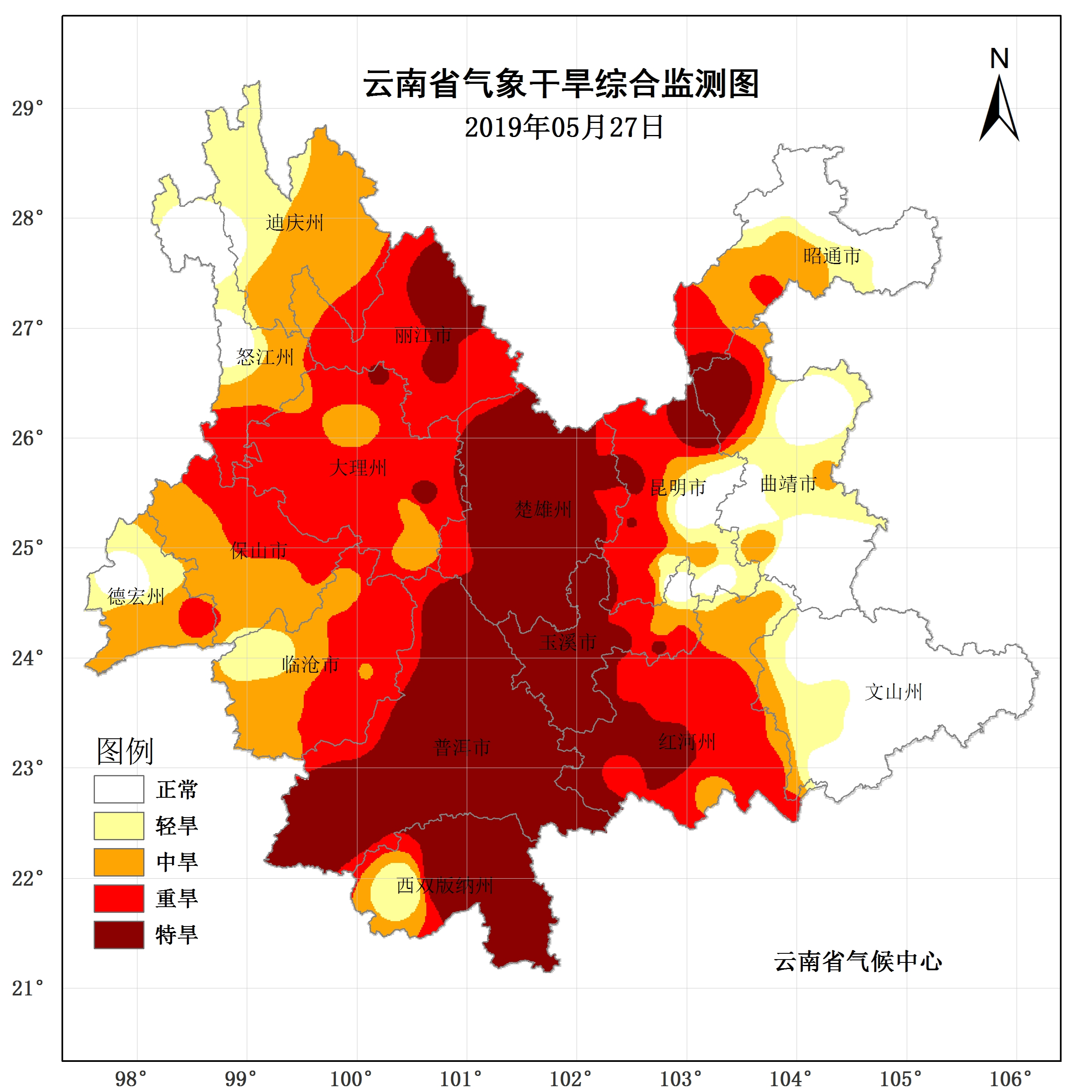 In May, Southwest China's Yunnan Province was hit by severe drought, which continued into the first half of 2020. /Yunnan Meteorological Service

In May, Southwest China's Yunnan Province was hit by severe drought, which continued into the first half of 2020. /Yunnan Meteorological Service

This April, U.S. consulting firm Eyes on Earth released a report, titled "Monitoring the Quantity of Water Flowing through the Upper Mekong Basin under Natural (Unimpeded) Conditions," which attributed the severe lack of water in the Lower Mekong during the wet season of 2019 to a restriction of water flowing from the Upper Mekong, indicating that Chinese dams built along the Lancang River were holding up water. The study involves "a model that predicts the natural flow of the Upper Mekong."

In response, the intergovernmental Mekong River Commission said in a commentary note, titled "Understanding Mekong River Hydrological Conditions," that the findings of the Eyes on Earth study had not taken into account the complexities of rainfall and runoff, thus not reflecting the actual hydrological conditions in the basin. The conclusions drawn are based on calculated flows and not an analysis of the actual flows at Chiang Saen set against the long-term trends.

The commission explains that their preliminary analysis of hydrological and rainfall data showed that the 2019 drought in the basin was largely due to insufficient rainfall during the wet season with a delayed arrival and earlier departure of monsoon rains and an El Nino event that created an abnormally higher temperature and higher evapotranspiration. 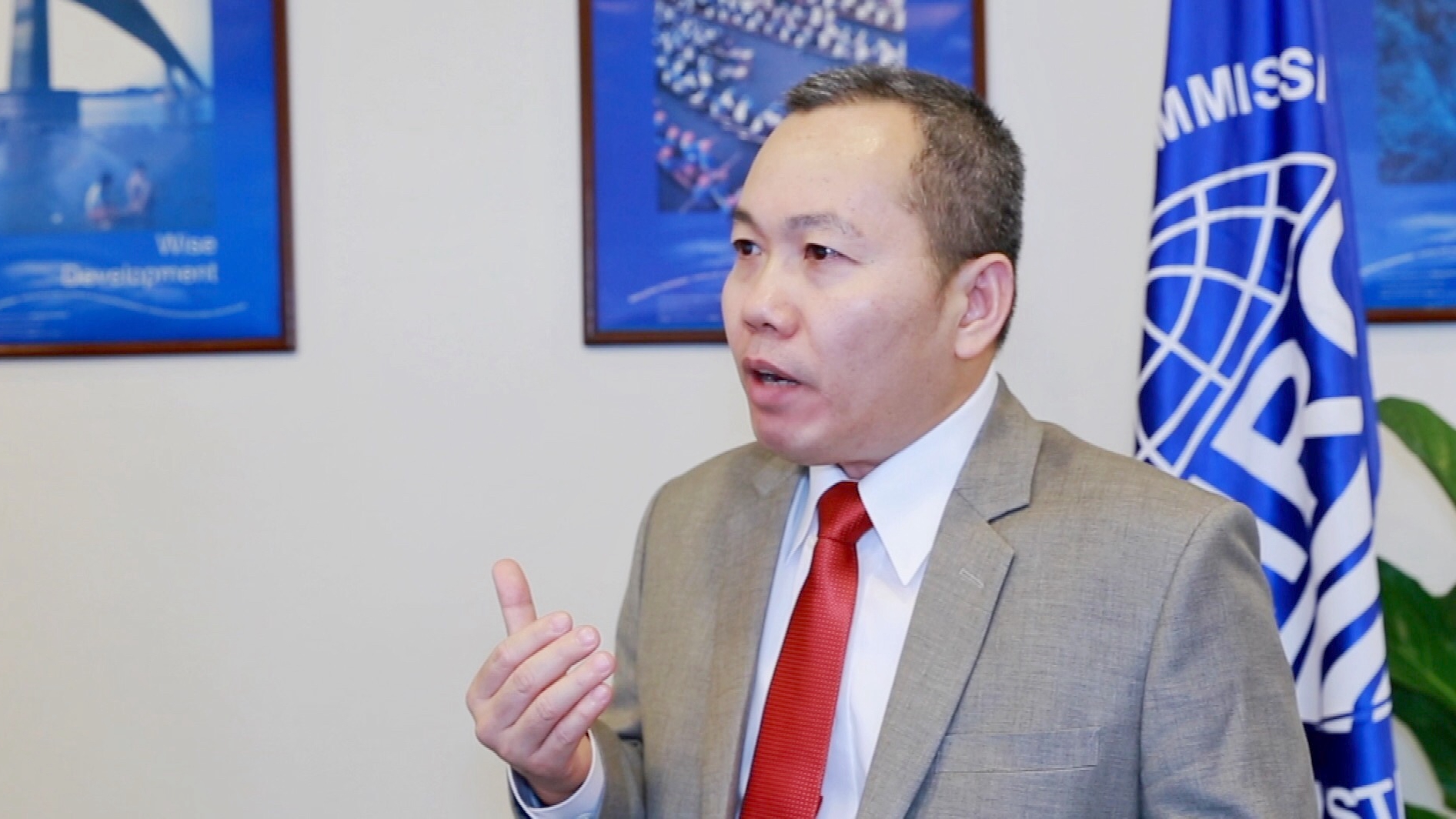 Mekong River Commission CEO Dr. An Pich Hatda told CGTN in an online interview that during a normal year, monsoon rains usually start in late May and end in October. But in 2019, they began almost two weeks late and stopped about three weeks earlier than usual. The basin lost about five weeks of rain and only received about 75 percent of rainfall as compared to previous years.

Based on a Chinese study titled "Drought Characteristics of Lancang-Mekong River Basin and the Impacts of Reservoir Regulation on Streamflow," Lancang River contributes significantly to annual discharge at Chiang Saen, at the ratio of 64.4 percent.

When it goes to the downstream of the Mekong River, the contribution ratio decreases substantially, with the ratio of 39.5 percent at Nong Khai, 24.9 percent at Nakhon Phanom, and 14.3 percent at Stung Treng.

As the study finds, the frequency of severe and exceptional droughts in the Lancang-Mekong River Basin has increased over the past 119 years, and all countries in the upstream and downstream of the basin have been severely affected. The middle and upper reaches of the Lancang River in China see the highest drought occurrence, and droughts happen mostly in the dry season when water for irrigation is mostly needed.

The after-effects of the drought continue to plague China and some Mekong countries. The Pu'er trees in Yunnan may need three to five years for a full recovery. In Chiang Saen, some fishermen and farmers are facing the risk of losing their livelihoods.

The Lancang-Mekong countries are now conducting a joint study on the 2019 drought and low water flows. The findings will help improve data sharing, promote coordination, and ensure more effective responses to droughts and water flow issues.