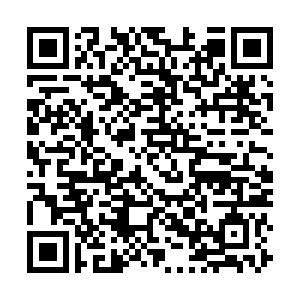 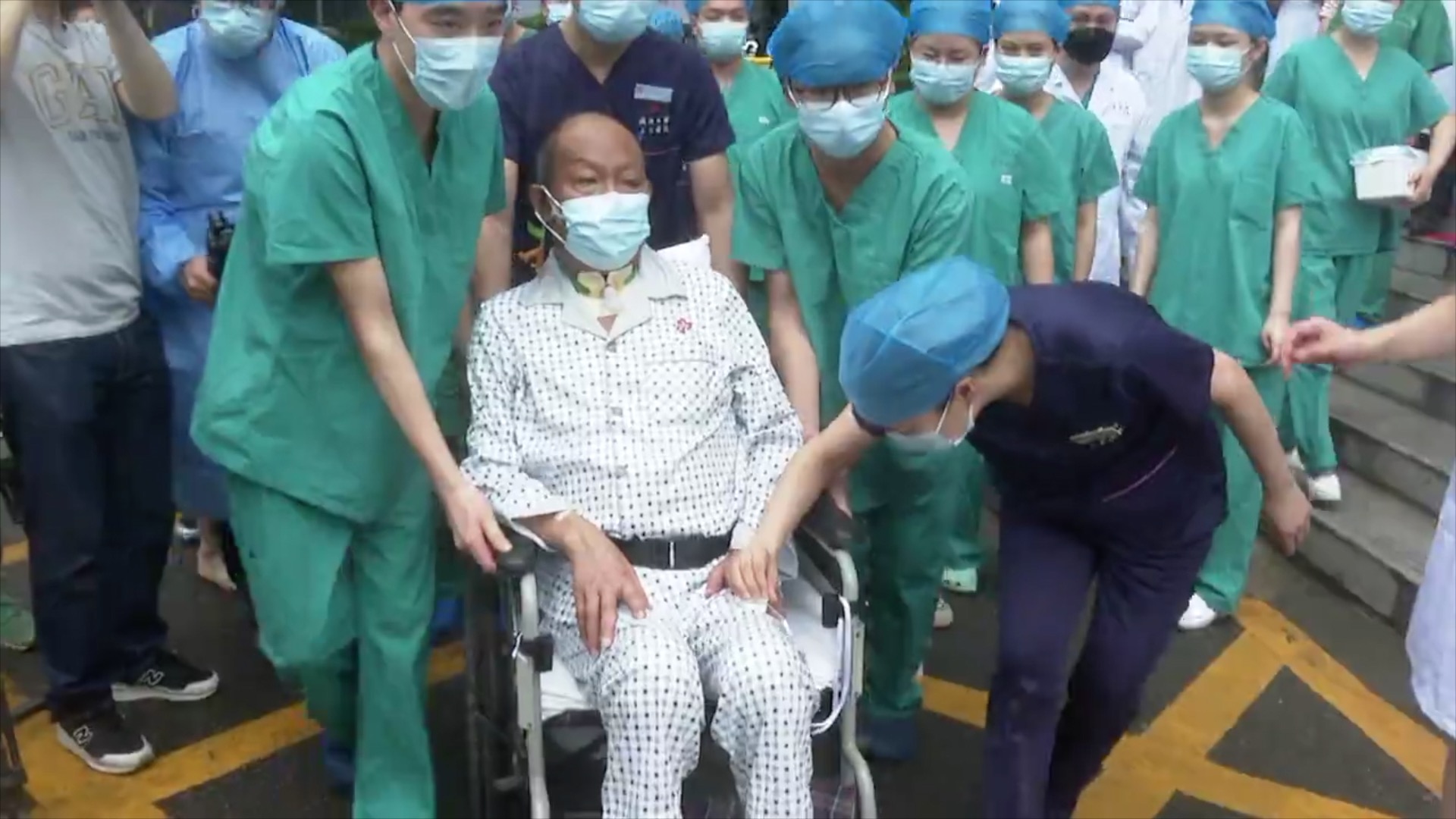 The good news comes 92 days after 65-year-old COVID-19 patient Cui Zhiqiang underwent lung transplant surgery in China's Renmin Hospital at Wuhan University. He was discharged from the hospital on Tuesday, as the first one among 10 COVID-19 lung transplant recipients over the world.

He is also the last of 5,510 COVID-19 patients discharged from Renmin Hospital of Wuhan University.

"I'm leaving the hospital, thank you so much!" wrote Cui before he left, using a board to communicate as he has still not regained full speech. 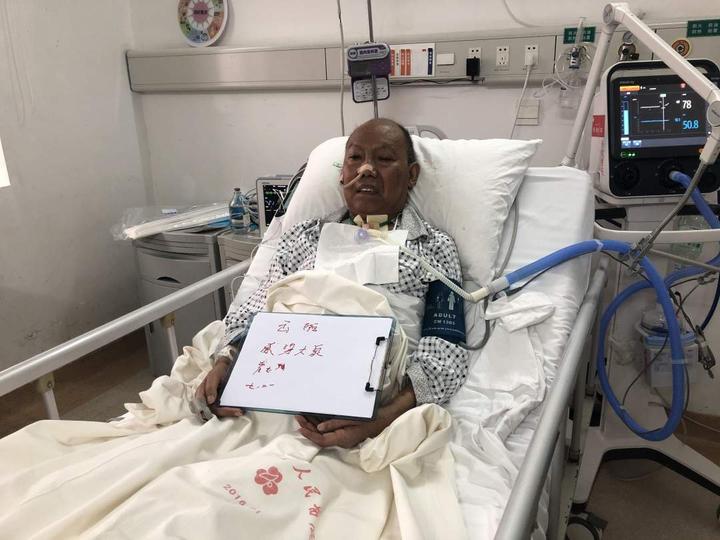 As the novel coronavirus spreads across the world, China was the first country to conduct lung transplant surgery on COVID-19 patients, targeting irreversible pulmonary dysfunction caused by the coronavirus. Italy, South Korea, the U.S. and Austria have also conducted the same surgery in their countries.

Cui's recovery process lasted for 166 days, since he was diagnosed on January 23. He was plugged into ECMO a month after he being admitted to the hospital, when he began to lose his breathe and showed symptoms of irreversible pulmonary dysfunction.

"Over 20 medical staff participated in the surgery under full protective suits," said Professor Lin Huiqing, a member of the surgical team. "Under the head covers, we couldn't talk to each other. It was a surgery conducted in silence.” 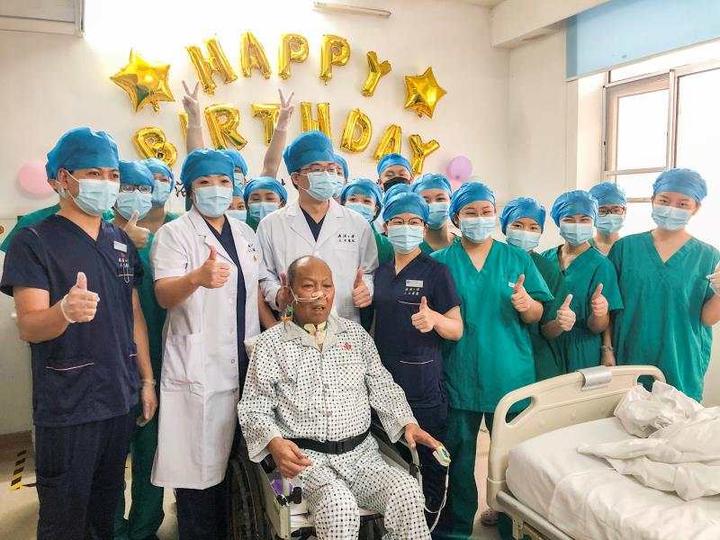 The miracle did not come immediately. The first few weeks after the surgery, Cui could only express himself by rolling his eyes.

It took two months afterwards before he could stand using a support holder.

A month later, Cui had his first "sun bath" at the hospital central square on the wheel chair. He will be sent to a rehabilitation center for further recovery. Doctors from the hospital will continue to monitor his condition.