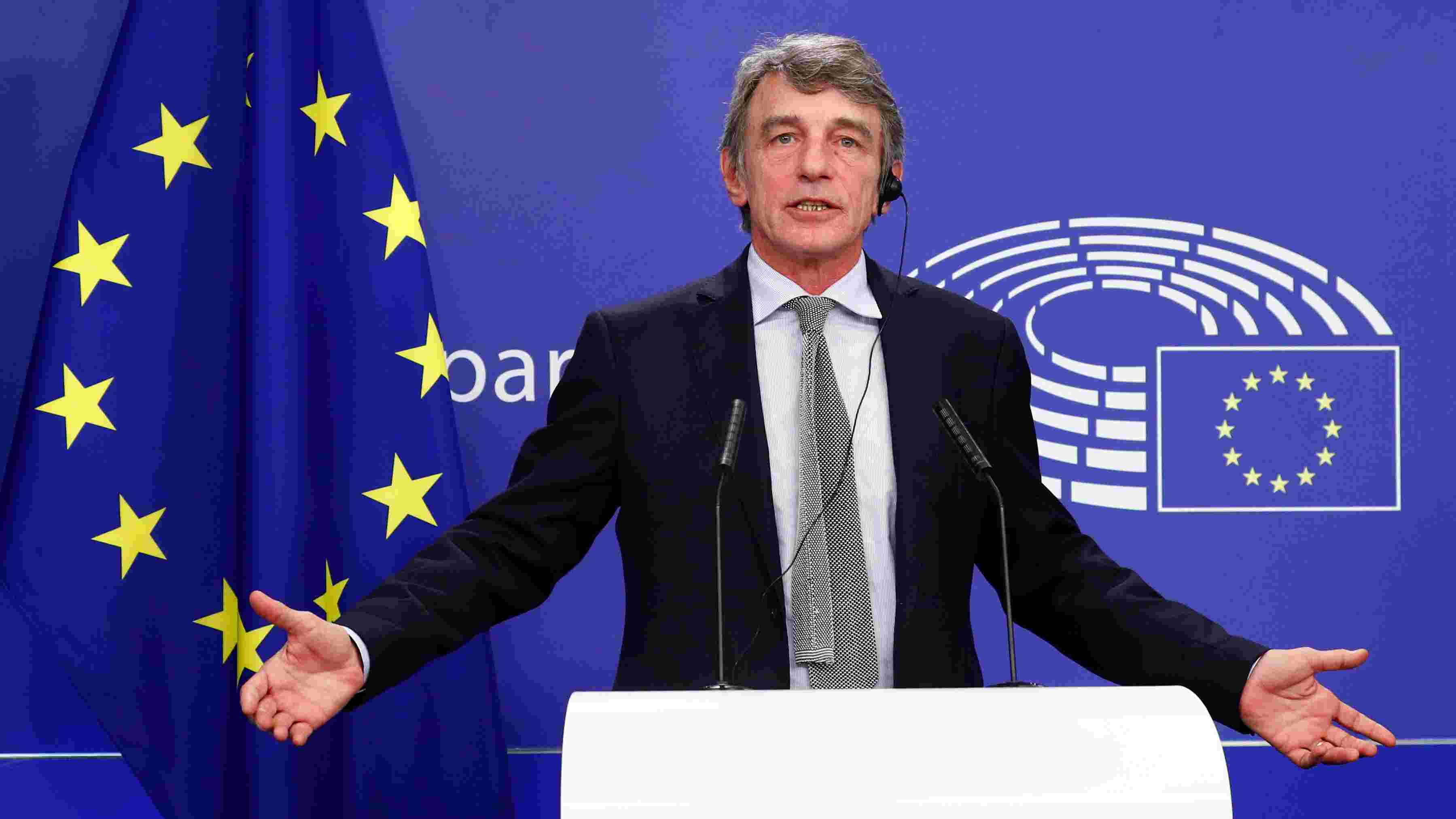 Editor's note: Philippe Legrain, a former economic adviser to the president of the European Commission, is a visiting senior fellow at the London School of Economics' European Institute and the author of European Spring: Why Our Economies and Politics Are in a Mess – and How to Put Them Right. The article reflects the author's opinions, and not necessarily the views of CGTN.

After four days and nights of tough negotiations and many painful compromises, European leaders have reached a deal on a groundbreaking 750 billion euros (868 billion U.S. dollars) recovery fund. As a gesture of solidarity toward Italy, Spain, and other countries still reeling from the COVID-19 crisis, the agreement is a major step forward for the European Union. Even so, it does little to address the Eurozone's deepest problems.

The COVID-19 crisis has strained the monetary union to breaking point. While the pain has been widely shared, some countries have been hit harder than others. Italy, France, and Spain have suffered the most deaths and the deepest recessions, and tourist-reliant Southern Europe seems headed for an especially slow recovery.

Worse, while government debt is soaring across the Eurozone, it is reaching perilously high levels in many southern countries, particularly Italy. The initial response to the pandemic left Italians feeling aggrieved, owing to the perception (not unjustified) that northern Europeans had been quicker to blame them for their plight than to offer assistance. Even the pro-European Italian mainstream – from President Sergio Mattarella on down – felt politically alienated from the EU at the height of the crisis.

To her credit, German Chancellor Angela Merkel recognized the gravity of the situation. In May, she and French President Emmanuel Macron proposed a 500 billion euros recovery fund that would be financed through EU-issued debt and allocate grants to the hardest-hit regions and sectors. The European Commission then built on the Franco-German proposal, increasing the headline total to 750 billion euros by adding EU loans to the grants.

The deal struck by bleary-eyed EU leaders in the early hours of July 21 is welcome in several respects. While an agreement of some kind was always likely, there was reason to worry that the negotiations would drag on throughout the year, deepening the EU's internal divisions and distracting policymakers from other priorities. Reaching agreement before Europe shuts down in August is a significant achievement in itself.

Better still, the deal preserves many positive elements of the Merkel-Macron proposal, notably 390 billion euros for EU grants, with few strings attached. Four richer northern European countries, led by the Netherlands, had previously insisted that the EU provide only loans, conditional on recipient governments enacting reforms dictated by the EU (and subject to national vetoes). But the stigma of such intrusive conditionality – reminiscent of Greece's treatment a decade ago – was anathema to southern European countries. 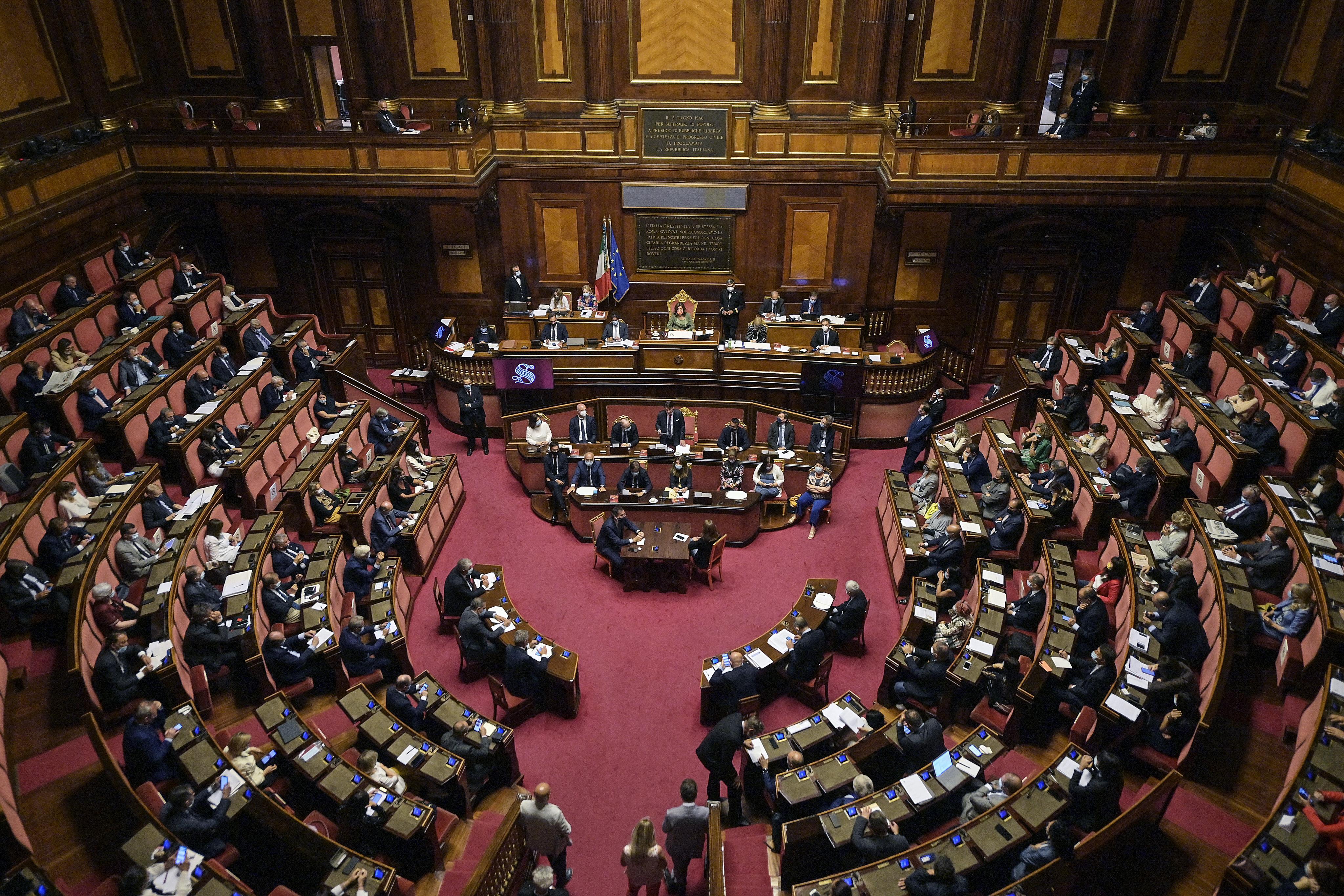 Moreover, with government borrowing costs already so low – owing in no small part to the European Central Bank's 1.35 trillion euros Pandemic Emergency Purchases Program (PEPP) – EU loans would have been of little help. If anything, they would merely aggravate debt-sustainability concerns, not least in Italy, where public debt is set to soar to more than 160 percent of GDP next year.

As an economic matter, 390 billion euros in grants over the next three years will provide a significant boost. The European Commission expects the EU economy to contract by around 8 percent this year, to 12.8 trillion euros. As such, the recovery-fund grants would be equivalent to 3 percent of GDP, or 1 percent for each year. If Italy's economy shrinks by 10 percent this year, the 82 billion euros earmarked for it would amount to some 5 percent of GDP. Thus, while much smaller than national fiscal stimulus packages, the EU grants still will provide a helpful boost to complement the ECB's monetary firefighting.

The biggest benefit of the recovery fund, though, is political. The EU is demonstrating that it can come to Europeans' aid when they need it most. That should provide a sorely needed antidote to Euroskepticism and alleviate the anger generated by the crisis.

Institutionally, the deal is a major win for the European Commission, which was often bypassed during the 2010-12 eurozone crisis. The Commission will be the one borrowing the 750 billion euros to finance the fund, and directing the grants and loans through the EU budget that it administers. And with an eye toward repaying the debt after 2027, it will also oversee the search for new EU revenue sources, such as a digital-services or carbon-border-adjustment tax.

The downside is that, because the recovery fund was folded into the broader negotiations over the EU's 2021-27 budget, the deal required some regrettable compromises. Before the pandemic, Commission President Ursula von der Leyen's flagship initiative was the European Green Deal to address climate change. Now, the funding to support a clean-energy transition has been slashed.

Another big challenge for the EU is homegrown authoritarianism. Illiberal governments like that of Hungarian Prime Minister Viktor Orbán continue to subvert the rule of law with impunity while misappropriating EU regional cohesion funds for their own benefit, which is why one of Merkel's top priorities had been to tie future EU funding to respect for the rule of law. But conditionality provisions were gutted, apparently in order to overcome Orbán's threatened veto (which was scarcely credible, because Hungary would have remained a large net beneficiary of EU funding anyway).

With the departure of the United Kingdom in January, there was also hope of doing away with the proliferation of national rebates, a perk first secured by British Prime Minister Margaret Thatcher in the 1980s and subsequently obtained by other net contributors to the EU budget. These provisions tend to encourage a penny-pinching, zero-sum mentality that undermines European solidarity. But instead of curbing rebates, the budget deal essentially bribes the obstreperous Dutch, Austrians, Swedes, and Danes with even larger ones.

After the 2010-12 Eurozone crisis, the philanthropist George Soros pointed out that Merkel always does just enough to keep the euro going, "but nothing more." That is true again. The recovery fund is a welcome step forward. But it does not resolve the Eurozone's fundamental problems, which include Italy's unsustainable debt dynamics, Germany's deflationary bias, and the lack of a fiscal rebalancing mechanism. The Eurozone has dodged a bullet, but it is still an open target.