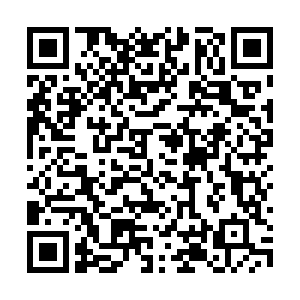 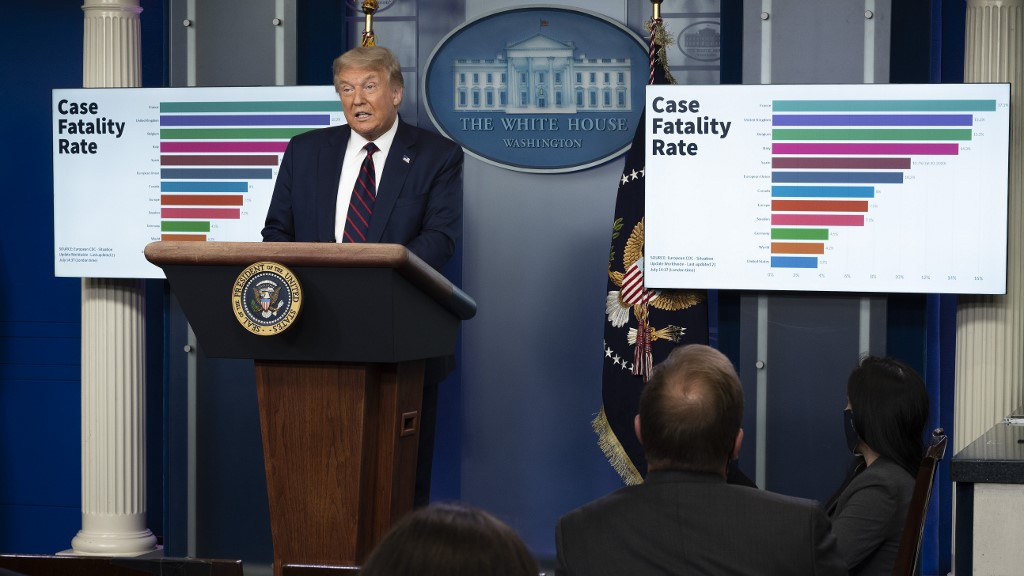 U.S. President Donald Trump speaks during a briefing of the Coronavirus Task Force in the Brady Briefing Room of the White House, in Washington, D.C., U.S., July 21, 2020. /AFP

U.S. President Donald Trump speaks during a briefing of the Coronavirus Task Force in the Brady Briefing Room of the White House, in Washington, D.C., U.S., July 21, 2020. /AFP

On July 21, the White House held its first press briefing regarding the COVID-19 in three months in what was seen as an apparent change of course. The president, speaking without any public health officials, warned that the situation will unfortunately "get worse before it gets better."

This is in stark contrast to months of denial and downplaying the crisis that has left over 142,000 Americans dead and millions infected. This briefing, however, wasn't really meant for anything but political gain as Americans have realized through the crisis that their leadership has failed – something reflected in nearly every poll.

The administration of U.S. President Donald Trump approaches every problem not as a problem with a tangible solution, but as a public relations challenge – something the administration is losing on both fronts.

Last week, the Trump reelection campaign switched staff around, elevating Bill Stepien to campaign manager and making several other new hires. Thus, it can be seen that the campaign (and the administration) is swinging to a new approach, one at least appearing to take on a more active role in managing the current crisis.

However, this wouldn't work. The administration has already put out a staggering amount of misinformation regarding the crisis and has lost public trust, a major reason for the regular press conferences ending before. Political opponents have clung to the obvious fact, as over 142,000 Americans have already died and that the administration still has no concrete plan.

Furthermore, the new angle of accepting facts, such as admitting that things will inevitably get worse and encouraging the public to wear masks, comes off as disingenuous. The administration lives in a realm of "alternative facts" as part of its signature.

On July 19, during an interview with Fox News anchor Chris Wallace, the White House presented cherry-picked and misleading data regarding the disease's mortality rate in the country and refused to acknowledge other facts.

During the press conference, the president repeatedly contradicted the tone of his prepared statements by engaging in the same failed verbal strategies as before, saying the virus would "disappear", pointing to the fact that most of the deceased were older people or had preexisting conditions and repeatedly using the term "the China virus".

All of this is to say that the White House, notoriously hard-headed as it is, has not really changed course in its attitude toward the crisis and, after over four months, still has no plan.

As Democratic National Committee (DNC) spokesperson Lily Adams pointed out, "The White House thinks these briefings will be good for Trump's ratings, but the more people hear from Trump, the more they see what a failure he is." The White House has no chance of politically outmaneuvering the failures that have led to such tremendous human suffering. 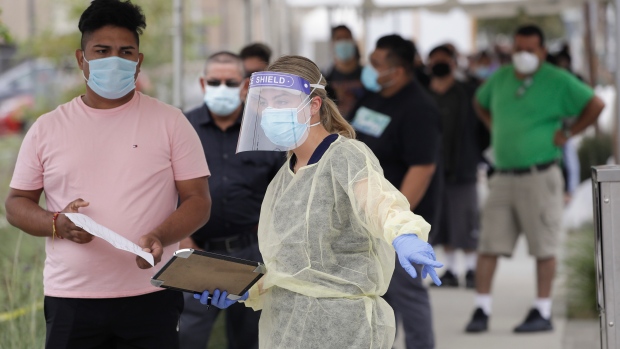 Public relations is not enough to negate the damage to the administration's credibility and standing to the American public that has already been done – the amount of the dead Americans in the COVID-19 crisis are the proof of this. The only direction things can go for the administration is down.

In addition to adopting a new PR strategy, the administration's key priorities now rest in the next round of pandemic-related stimulus. These largely focus on the economy, especially by emboldening the very wealthy through massive tax breaks, at a time when the coronavirus is spreading at a record pace. This is, however, putting the cart well before the horse as the most basic problem of this crisis - the disease itself - is not under control.

The White House's other stances, such as reopening schools and incentivizing a return to workplace that may be premature in many areas given the surging COVID-19 case numbers, directly contradict the most fundamental disease control measures. The virus is running rampant in the U.S. in a complete negation of almost everything the White House has done or said since the crisis began.

Everything said and done by the White House to this point has been a case of history for those wondering in the future of what not to do. Walking back from this course, even slightly, is too little, too late.