UK's ban on Huawei: A security threat or U.S. threat?
By Guan Xin 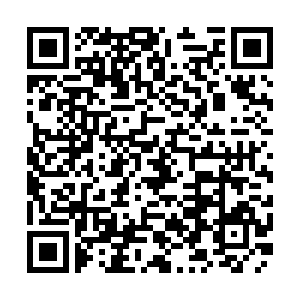 Great Britain recently announced that it would ban equipment from Chinese tech giant Huawei in its 5G network, reversing a decision made in January. This includes the complete removal of existing equipment before 2027 because of so-called security concerns. However, the move is clearly under mounting U.S. pressure.

When announcing the move, Oliver Dowden, the UK's digital secretary, said, "This has not been an easy decision." Not easy indeed. Dowden admitted that it would delay the country's 5G rollout by two to three years, and the cumulative cost would be up to 2 billion pounds (2.54 billion U.S. dollars).

The ripple effect may also affect a much larger part of bilateral economic relations between the two countries. That includes damage to Britain's reputation as "a business-friendly, open, transparent environment," according to Chinese Ambassador to Great Britain, Liu Xiaoming.

"This is not only disappointing – this is disheartening," he said. "The way you treat Huawei will be followed very closely by other Chinese businesses."

Britain also risks retaliation from China, one of its major trading partners. China is Britain's fifth-largest trade partner with bilateral trade worth 80 billion pounds last year. Chinese investment in the UK in the past decade has exceeded 80 billion US dollars.

Given these hefty costs, why did Britain change its mind?

The answer comes from U.S. President Donald Trump. Praising the UK's decision, Trump said, "We convinced many countries, many countries – and I did this myself for the most part – not to use Huawei... I talked many countries out of using it. If they want to do business with us, they can't use it."

It is a surprising move for a U.S. president to so blatantly admit to undermining the free market system and fair competition.

And on what grounds? The Trump Administration said China could use Huawei to spy via its 5G equipment. But so far, there has not been a shred of evidence to support the claim. That's a direct violation of the "presumption of innocence" rule in any country based on the rule of law.

Ironically, there is plenty of historical evidence, from the CIA-owned Crypto AG to Edward Snowden, of how the U.S. conducted extensive internet and phone surveillance on other countries, including its allies and its people.

So, did Britain agree with the U.S.' claim? Not necessarily. The UK made it clear that its u-turn was based on U.S. sanctions on Huawei in May, which Dowden said "significantly changed" the landscape.

"Given the uncertainty this creates around Huawei's supply chain, the UK can no longer be confident it will be able to guarantee the security of future Huawei 5G equipment, affected by the change in U.S. Foreign Direct Product Rule," said Dowden.

American politicians have become the only winners here. But both Huawei and the UK have to pay the price.

Huawei lost its place in Britain's 5G development, and it might affect its businesses in Europe, its second-largest market.

British telecom operators will have to use other suppliers, such as Nokia and Ericsson, which are much more expensive than Huawei.

British consumers will also have to pay more and wait longer for 5G service.

What's more, losing two to three years in 5G roll-out time may put Britain's telecom industry in the digital slow lane. Many other industries that 5G supports, such as autonomous driving and advanced manufacturing, may fall behind in the global competition.

Many question whether the "golden era" between China and the UK is fading. Time will tell. The ban might erode trust between the two economies, with far-reaching implications in the years to come.