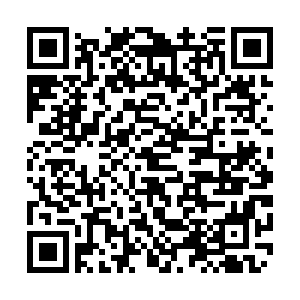 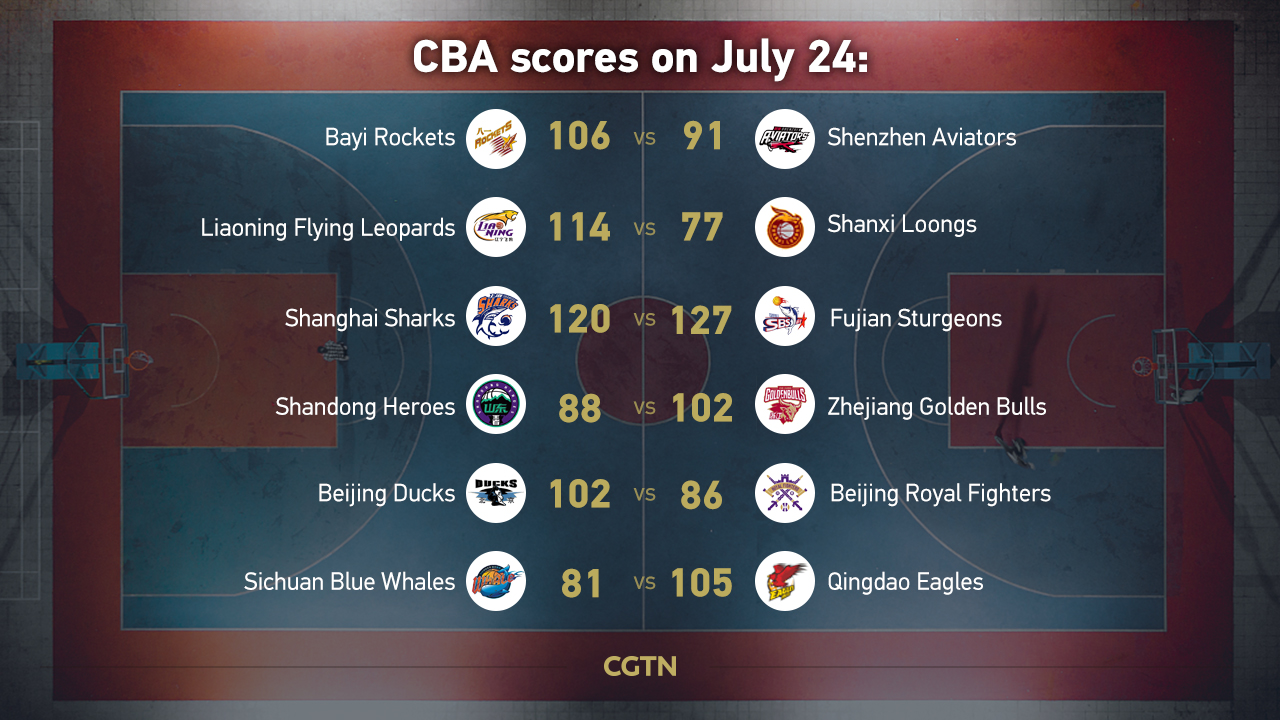 The Bayi Rockets beat the Shenzhen Aviators 106-91 in the Chinese Basketball Association (CBA) on Friday to snap a five-game losing streak.

Sitting bottom of the league standings, Bayi grabbed a 14-point lead in the first quarter, as Fu Hao and Arslan combined for 17 points.

The Rockets maintained a 10-plus-point advantage in the following quarter, in which center Zou Yuchen, having come back from a foot injury, scored six points and two rebounds in seven minutes for Bayi. 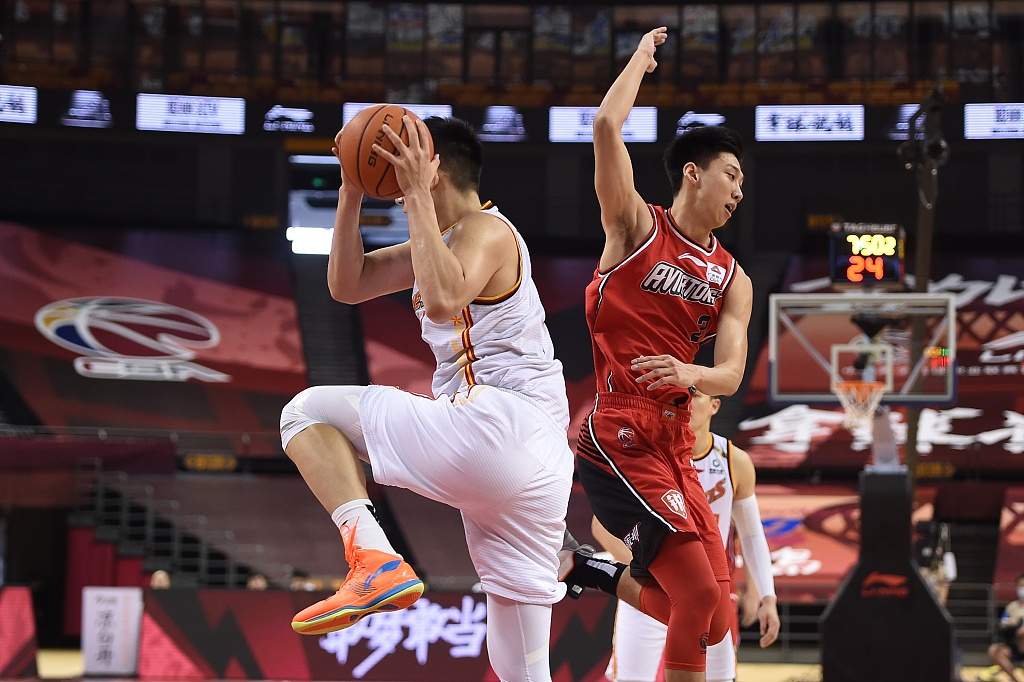 Players of the Bayi Rockets (L) and the Shenzhen Aviators (R) in action during the CBA match, Qingdao, Shandong Province, China, July 24, 2020. /CFP

Players of the Bayi Rockets (L) and the Shenzhen Aviators (R) in action during the CBA match, Qingdao, Shandong Province, China, July 24, 2020. /CFP

Despite Shenzhen cutting the deficit to eight points in the third quarter, Bayi enlarged the margin to 17 points in the last period, putting the game beyond their opponents' reach.

Fu got a game-high 32 points and 17 rebounds, Arslan had 25 points, Zou finished with 14 points and nine rebounds, and Tian Yuxiang added 11 points.

"Shenzhen didn't have enough players to rotate today but they fought back hard. We had a great advantage in the paint and our defense against the three-pointers was good," said Bayi coach Wang Zhizhi.

"I am proud of our players, as they did their best today. We will improve some details based on the game," said Qiu Biao, acting coach of Shenzhen.

For other games on Friday, the Liaoning Flying Leopards beat the Shanxi Loongs 114-77; the Shanghai Sharks lost to the Fujian Sturgeons 120-127; the Shandong Heros lost to the Zhejiang Golden Bulls 88-102; the Beijing Ducks beat the Beijing Royal Fighters 102-86; and the Sichuan Blue Whales lost to the Qingddao Eagles 81-105.