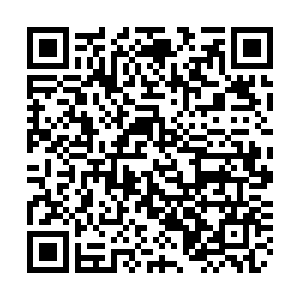 The lockdown has made many of us step back but Taylor Swift. While in isolation, the pop star has created a new album and is releasing it Friday.

Swift made the surprise announcement Thursday on Instagram. "Folklore," her eighth record, comes less than a year after she dropped "Lover."

After her announcement, fans are diving into Swift's eighth studio album.

Swift said the standard edition will include 16 tracks and the album will feature Bon Iver, Aaron Dessner of The National, and frequent collaborator Jack Antonoff, and it was created during the COVID-19 epidemic.

According to Swift's announcements on Twitter and Instagram, she originally had no plans to make a new album during the epidemic, but she didn't want to waste time at home either, so the new album was born. "Most of the things I had planned this summer didn't end up happening, but there is something I hadn't planned on that DID happen. And that thing is my 8th studio album, folklore. Surprise," she wrote.

"I've poured all of my whims, dreams, fears, and musings into. I wrote and recorded this music in isolation," read the tweet.

Meanwhile, the video for the single, "Cardigan," also directed by her, was released for the first time.

According to her, she strictly complied with the requirements of epidemic prevention and control when shooting the MV, because it was a special period. "The entire shoot was overseen by a medical inspector, everyone wore masks, stayed away from each other, and I even did my own hair, makeup, and styling," she added.

Taylor Swift, whose last album was "Lover" in 2019, has sold more than 50 million albums and 150 million singles worldwide, making her one of the best-selling music artists of all time. She also won 10 Grammy Awards, an Emmy and broke seven Guinness World Records.

Although Taylor and her fans were disappointed that the Glastonbury Festival was cancelled due to the COVID-19 outbreak, the release of a new album made up for their disappointment.