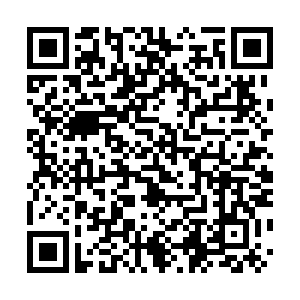 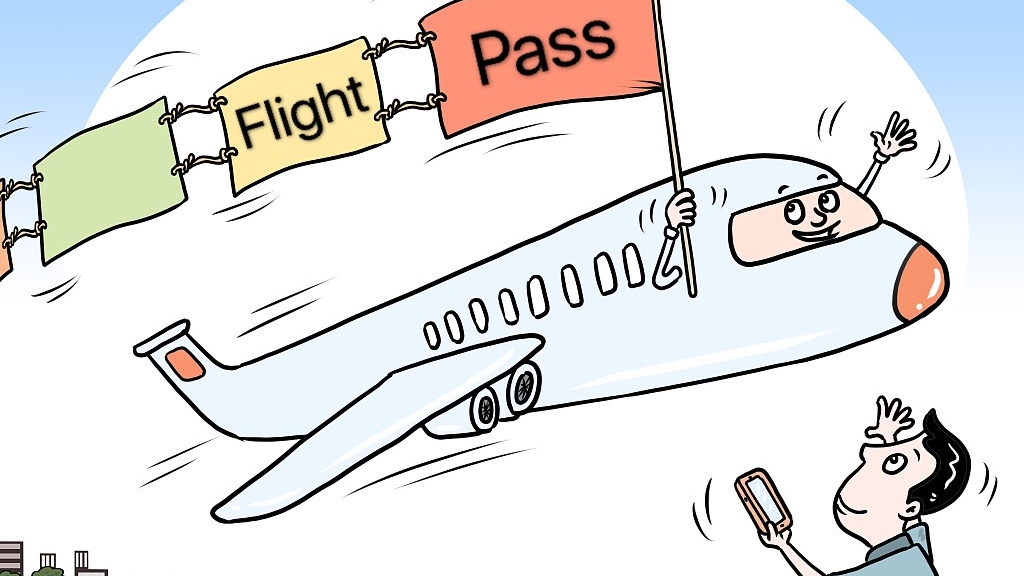 How much would an unlimited flight pass cost? By "unlimited flight pass," I mean one that can essentially take you anywhere in China by air for as many times as you want. Before the coronavirus pandemic, there was no such all-you-can-fly pass in the country. But now, around 470 U.S. dollars can get you one.

A week before the Dragon Boat Festival – one of China's major public holidays that fell between June 25 and 27 this year – China Eastern Airlines launched the country's first-of-its-kind promotional travel package in the hope of easing the economic blow from the coronavirus.

Called "Wild Your Weekends," the package offers passengers unlimited weekend trips across China for a limitless number of times by the end of the year. And it costs only 3,322 yuan (473 U.S. dollars).

The COVID-19 pandemic has severely slashed the global aviation sector, leaving many airlines caught up in financial turbulence. Taking China Eastern as an example, the company suffered a loss of 3.93 billion yuan (559 million U.S. dollars) in the first quarter of 2020 while carrying 54 percent fewer passengers compared with the same period last year.

With the domestic epidemic generally brought under control, the aviation industry is seeing a gradual recovery from the plunge in travel demand. Data from the Civil Aviation Administration of China (CAAC) showed the amount of loss in aviation industry in June reduced by 17 billion yuan (2.42 billion U.S. dollars) compared with February.

China Eastern's launch of the unlimited flight pass proved to have done the magic of stimulating the sagging airline market. More than 650,000 air tickets were redeemed for the last weekend of June with its passenger load factor reaching over 90 percent.

Flights to famous tourist cities in China are more popular with customers holding the flight pass, including those to the cities of Shanghai, Chengdu, Lhasa, Kunming, Chongqing and Sanya, and the average flight duration is two to three hours, data from China Eastern showed. 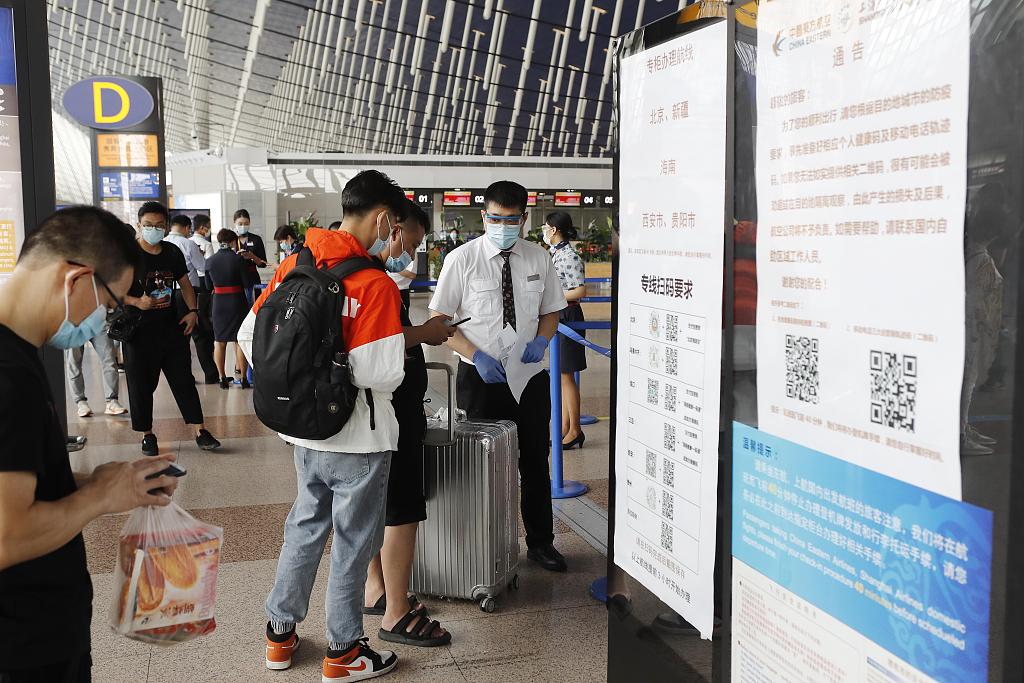 Actually, the idea of a prepaid flight pass is not something new. JetBlue, a major American low-cost airline, introduced the "All You Can Jet" travel deal in the year of 2009 to combat the economic downturn. The 599-U.S. dollar-pass covered unlimited international and domestic trips for a month and was regarded as "the most successful promotion" in company's history.

"The flight pass marks a breakthrough in China's aviation industry under the epidemic," Chinese aviation expert Li Xiaojin said. "At this time of crisis, increasing revenue is the most important thing for airlines, and a series of promotional packages are essentially a type of pre-sale product that allows airlines to improve cash flow and help stimulate the current load factor."

Fliggy, Alibaba's online travel booking platform, has also joined the game with its "Fly at Will" product. Those who have snapped up the travel deal are able to enjoy a domestic flight ticket that are no more than 500 yuan (excluding fuel surcharges and taxes) for just 66 yuan (9.4 U.S. dollars). 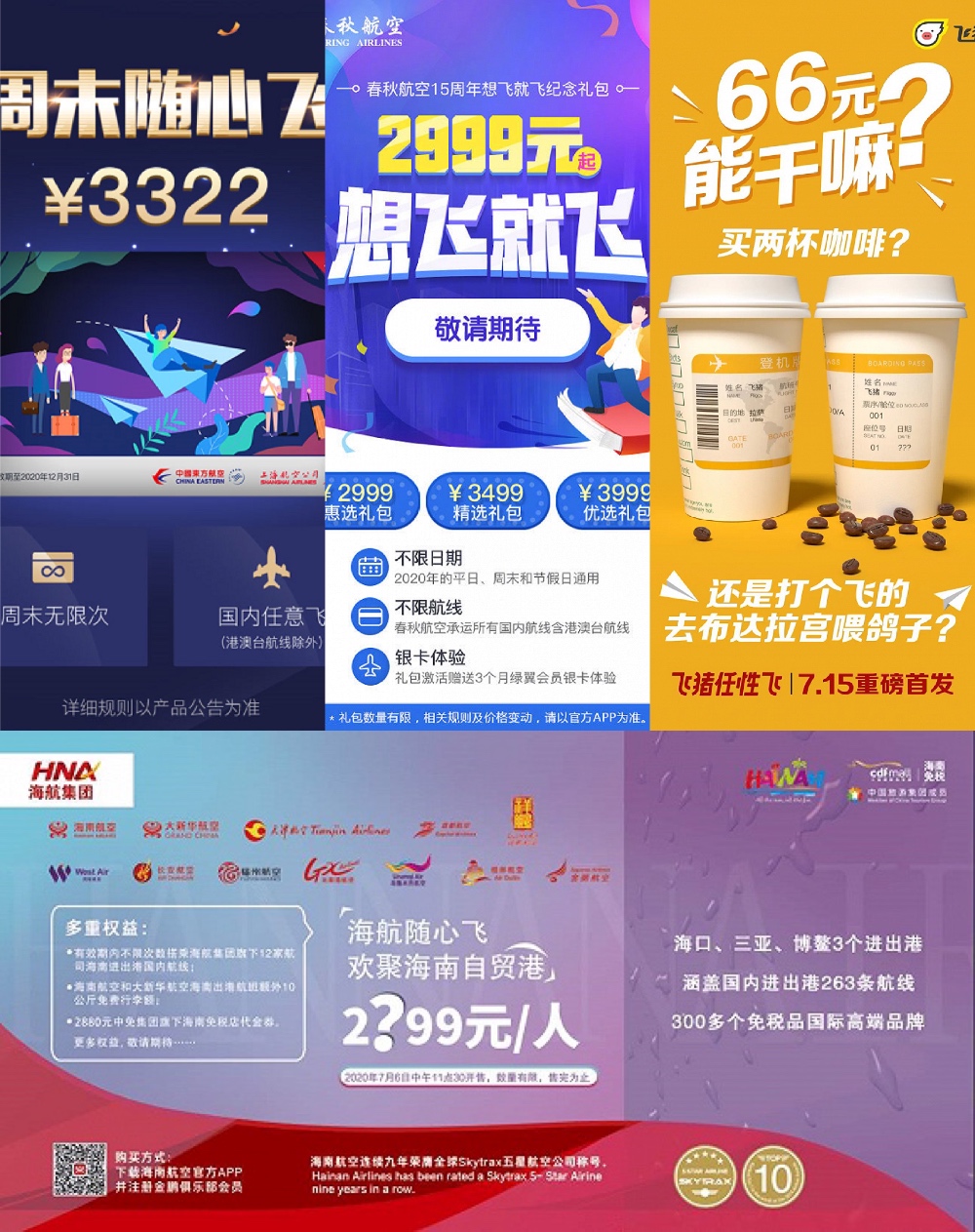 So far, the first batch of unlimited flight passes from China Eastern Airlines, China Express Airlines and Hainan Airlines have been sold out.

Though the unlimited flight pass products have gained positive feedback from the public, negative comments also began to emerge as the sales rise. Many purchasers have complained about not being able to book popular flight routes as well as difficulty with refunds.

Also, the regional COVID-19 outbreaks, such as the ones that have occurred in the capital city of Beijing, northwest China's Xinjiang Uygur Autonomous Region and Dalian in northeast China, continue to bring concerns to air travelers.

As how the epidemic will unfold in the world remains uncertain, China's airline industry that heavily relies on the domestic market at the moment still faces many challenges.