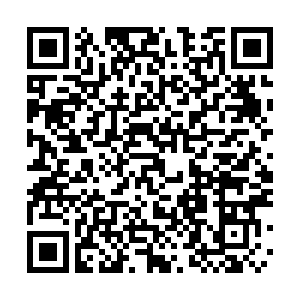 Editor's note: The Trump administration cited national security, economy and jobs, and intellectual property as to why they shut the Chinese consulate in Houston. In this episode of Reality Check with Wang Guan, the CGTN anchor said those allegations are just a cover in a well-calculated move by Trump to try to win re-election, as party polling has shown that China-bashing is immensely popular with his base.

Let's face it. Washington's decision to close the Chinese consulate in Houston will go down in history as the milestone event in the Trump administration's new Cold War on China. Washington's arguments for closing the consulate sounded bizarre and far-fetched.

On July 21, the U.S. State Department said it did so "to protect American intellectual property and Americans' private information" without giving details. And on July 22, U.S. Secretary of State Mike Pompeo said the U.S. did it to "protect the American people, protect our security, our national security, and also protect our economy and jobs. That's the actions you are seeing taken by President Trump. We will continue to engage in this."

But with all due respect, Mr. Secretary, many don't understand how expelling some 60 Chinese diplomats and their families whose mission, for the most part, is to look after consular and commercial interests of their own citizens, would protect U.S. security, economy and jobs.

The explanation given by David Stilwell, assistant secretary of state for East Asia, is at least more substantive. Stilwell said the U.S. closed the Houston consulate because it had a history of engaging in "subversive behavior" with recent attempts of "scientific thefts" which "could be related to efforts to develop a vaccine for the coronavirus."

Again, no evidence is provided, the lack of which raised more questions than answers.

While the U.S. tripled its COVID-19 cases in the past two months, China has kept its outbreak largely under control for months. It's a bit difficult to imagine Chinese diplomats risking it all to "steal" vaccines on American soil. Perhaps one true reason the administration didn't or couldn't say was Trump's re-election and his base.

To salvage Trump's re-election campaign, top Republican leaders recently told Foreign Policy magazine that party polling consistently reveals that China-bashing is immensely popular among Trump supporters and that the "blame China" theme can help re-elect the president in November, offsetting some of the disdain many Americans have for his handling of the country's COVID-19 crisis.

This Pew survey showed 72 percent of Republicans have negative views toward China, most of whom probably wouldn't mind seeing Trump getting tougher with Beijing.

Even the BBC commented on the consulate incident by saying: "In the midst of a presidential re-election campaign and with the U.S. economy and society battered by the COVID-19 pandemic, Mr. Trump has determined that there is political advantage in playing the China card." While Trump is mostly concerned with elections, people around him took advantage of that to push their own agendas.

The intelligence community and military-security establishment have long sought to contain a rising China and prevent it from becoming a superior economic, military and technological power.

Liberals on the left, who long took issue with China's human rights record and its lack of commitment to Western-style democracy, joined the action.

It is appalling that Chinese diplomats became sacrificial lambs in this politically charged season.

It's even more upsetting that U.S.-China relations are now held hostage by a small group of politicians to advance their own political interests against the wishes of most people on both sides who are just sick and tired of this endless tit-for-tat.