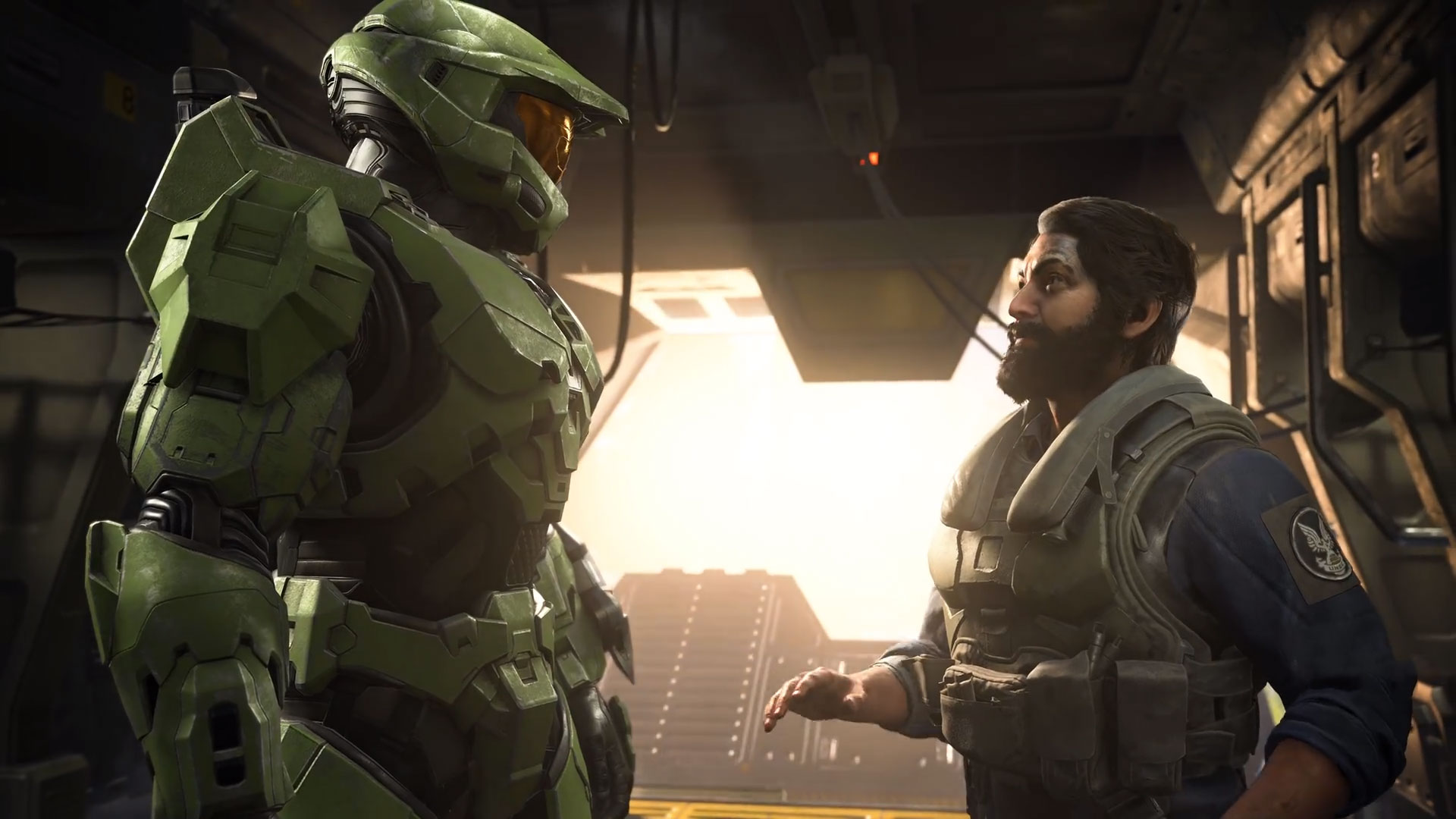 It's been promised that the console video gaming will embrace a new age. With new generation hardware like Xbox Series X on the horizon, it's a great time for gamers to catch up with the latest console trend.

But can Microsoft live up with the expectations? Let's check out the first batch of games released on the July 23 press release on YouTube.

New Halo is 'not looking good'

The online showcase started with the years-long landmark series Halo. The staff at Xbox Game Studios were brave enough to show an eight-minute clip of real in-game footage, in which Master Chief came back with more equipment like shields and hooks, and an open world is waiting. 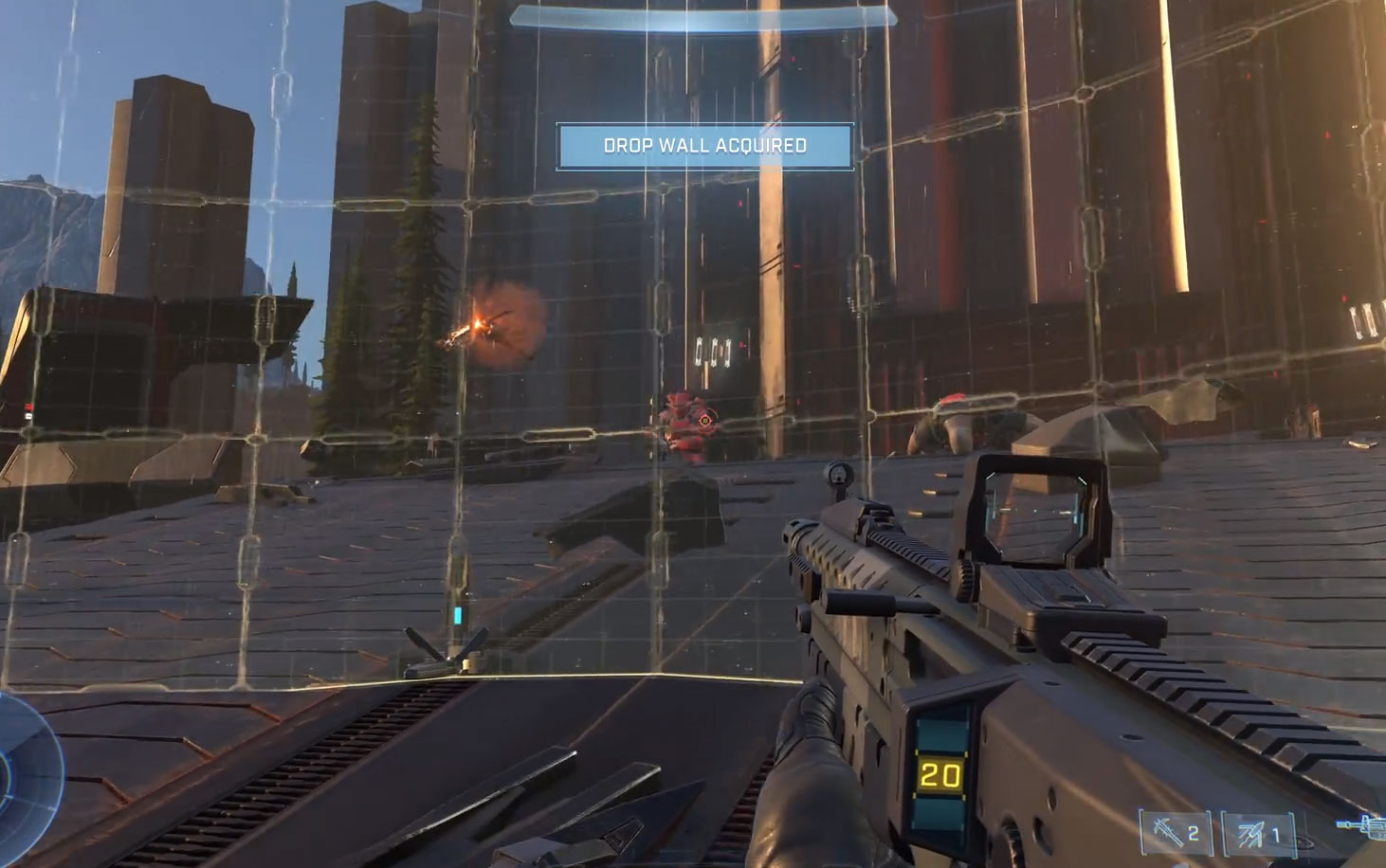 But the viewers on both YouTube and China's Bilibili weren't impressed by the seemingly underwhelming graphics.

Microsoft have long been boasting about the new Xbox's performance, especially how fast it can load contents with customized SSD hard drive.

Yet we can clearly see from the footage that some far away objects like mountains and clouds suddenly appeared after the player looked at their direction. 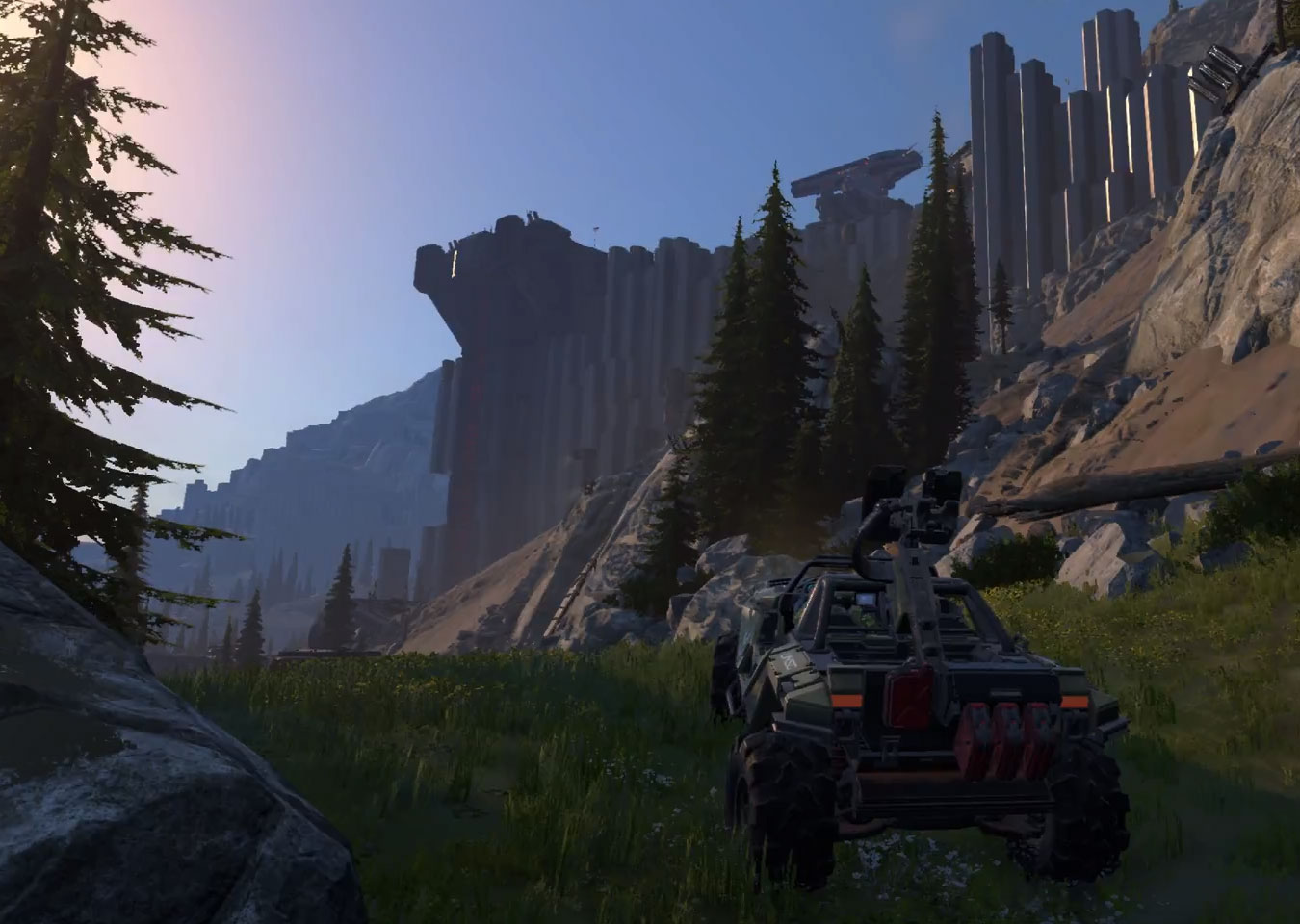 When exited from the map screen, the details on the buildings afar have not yet completely loaded. /Screenshot from Xbox official stream

When exited from the map screen, the details on the buildings afar have not yet completely loaded. /Screenshot from Xbox official stream

Some players in China speculated that the game makers may try to showcase an unfinished product to lower the fans' expectations and bring out the full graphics later to build up the hype.

"I'm ready for a surprise," said a viewer from Bilibili.

Others pointed out that the footage seems too bright for players to emerge into.

The new Halo's problem became more apparent when CrossFire X was showcased. Though still not making much different from the shooting games we've seen before, the new CrossFire story mode is a big improvement compared to older generations. 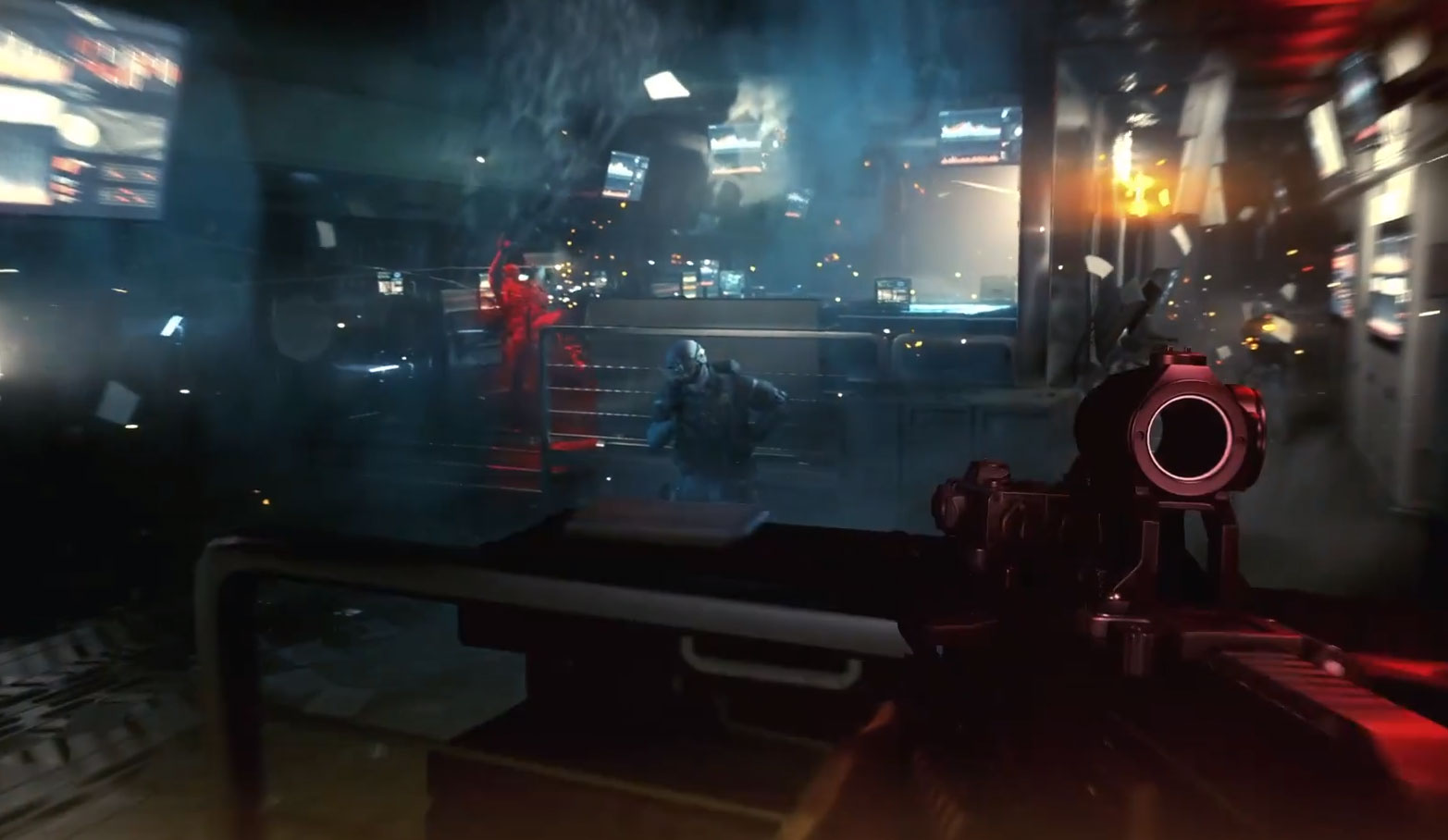 Who had thought CrossFire can become this before? /Screenshot from Xbox official stream

Who had thought CrossFire can become this before? /Screenshot from Xbox official stream

The CrossFire version that's been widely played in China was created back in 2007, which look very dated especially when compared with newer shooters like PUBG and Overwatch. So, the story mode crafted by Remedy is a big upgrade which will obviously be welcomed by most fans.

But with the extra horsepower, Xbox Series X is ready to produce amazing graphics. With better lighting and reflecting, the sport cars in Froza Motosport look much fancier – and they can stay shiny since there's absolutely no dust in the garage.

The reflections in Froza can make a difference. /Screenshot from Xbox official stream

The reflections in Froza can make a difference. /Screenshot from Xbox official stream

With that said, the beauty of the new games is not limited to hardware-enabled graphic enhancements. The artistic style also became more variant. The game makers were no longer satisfied with the "as real as possible" philosophy and tried more way to express their understanding of in-game graphics, which is great news for nick-picky console gamers.

From the aestheticism showcased in Ori to anime-like drawings in Everwild, the games have told video game fans that hardware is not everything – even indie titles with little budget can still produce quality visuals that move your emotions. 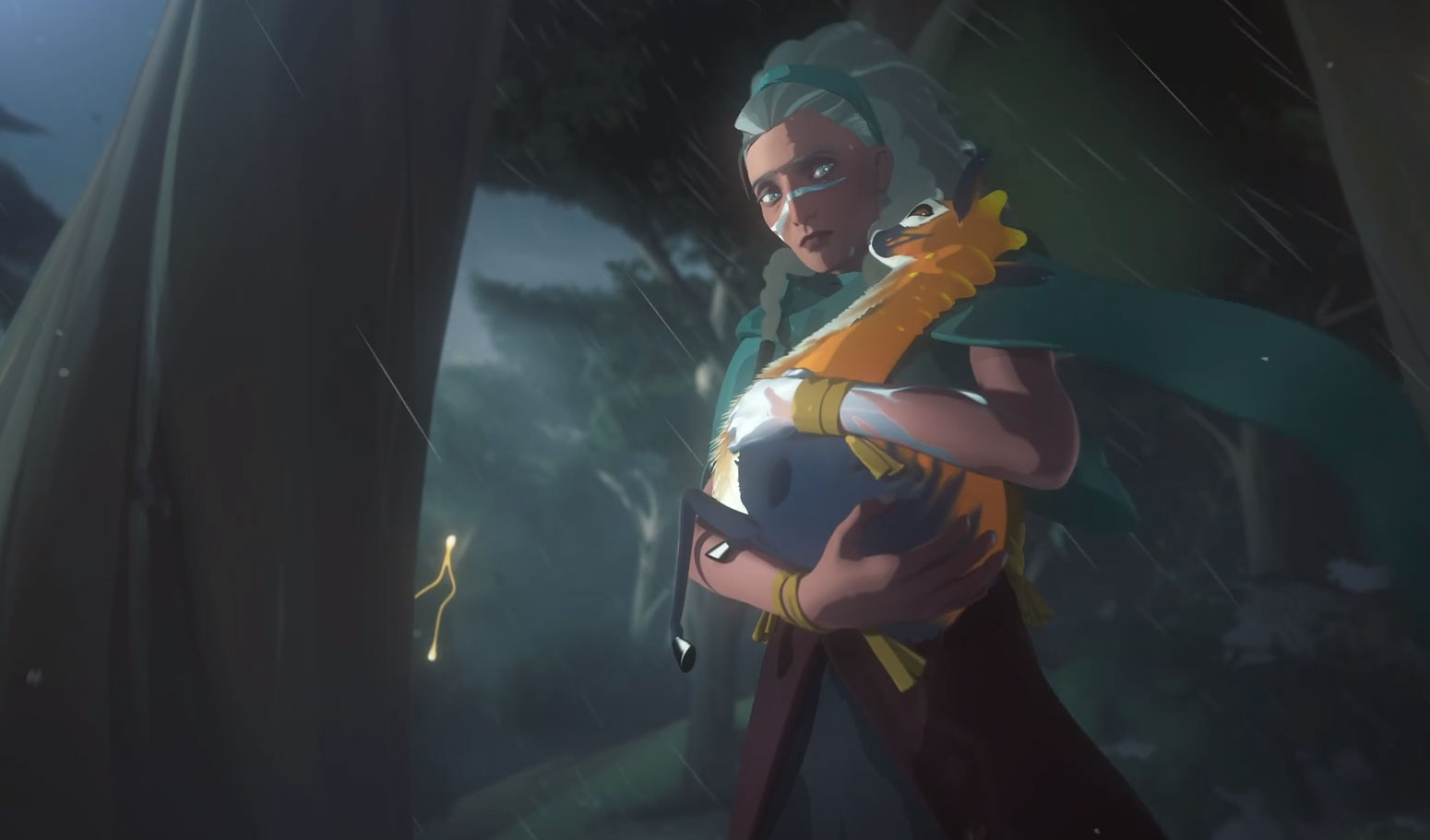 The makers of Everwild prefer this kind of graphics. /Screenshot from Xbox official stream

The makers of Everwild prefer this kind of graphics. /Screenshot from Xbox official stream

"But to be honest, what a waste of horsepower!" complained players on NGA, a Chinese video game fan forum.

The artistic style seems like a betrayal to the console's unprecedented hardware performance.

Will XGP save Xbox or destroy it?

The XGP, or Xbox Game Pass, is a new way to buy games. Most gamers are used to the traditional model of buying games one at a time. Now XGP gives you a monthly subscription service in which you can play any game you want in the pool.

Microsoft promised all games mentioned in the YouTube event will be available to XGP owners.

"I mean it, just buy the pass. That's all you need for now," recommended a Chinese video game blog, which got reposted by the official Weibo of Xbox China.

More interestingly, the service is also available for PC owners, which means they don't need to buy an Xbox to enjoy some of the contents.

This is a double-bladed sword for the Xbox ecosystem. On one side, the pass will attract more players to pay for the contents; But on the other hand, this may result in some die-hard players stopping game purchase and turn to the much cheaper subscription.

Though we have been talking about the Xbox in the whole article, there are many other consoles available for players to choose. Sony's PlayStation 5 is the biggest competitor of Xbox Series X and the Nintendo Switch is also offering a different taste.

For those who are interested in video game market in China, we are going to cover the ChinaJoy 2020 in Shanghai by the end of July and bring to you what it's like to play video games in the country.