Can the U.S. learn to live with a rising China?
William Jones 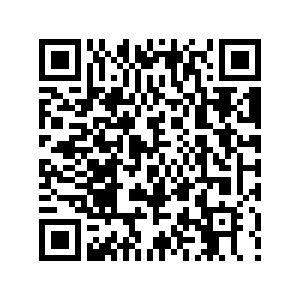 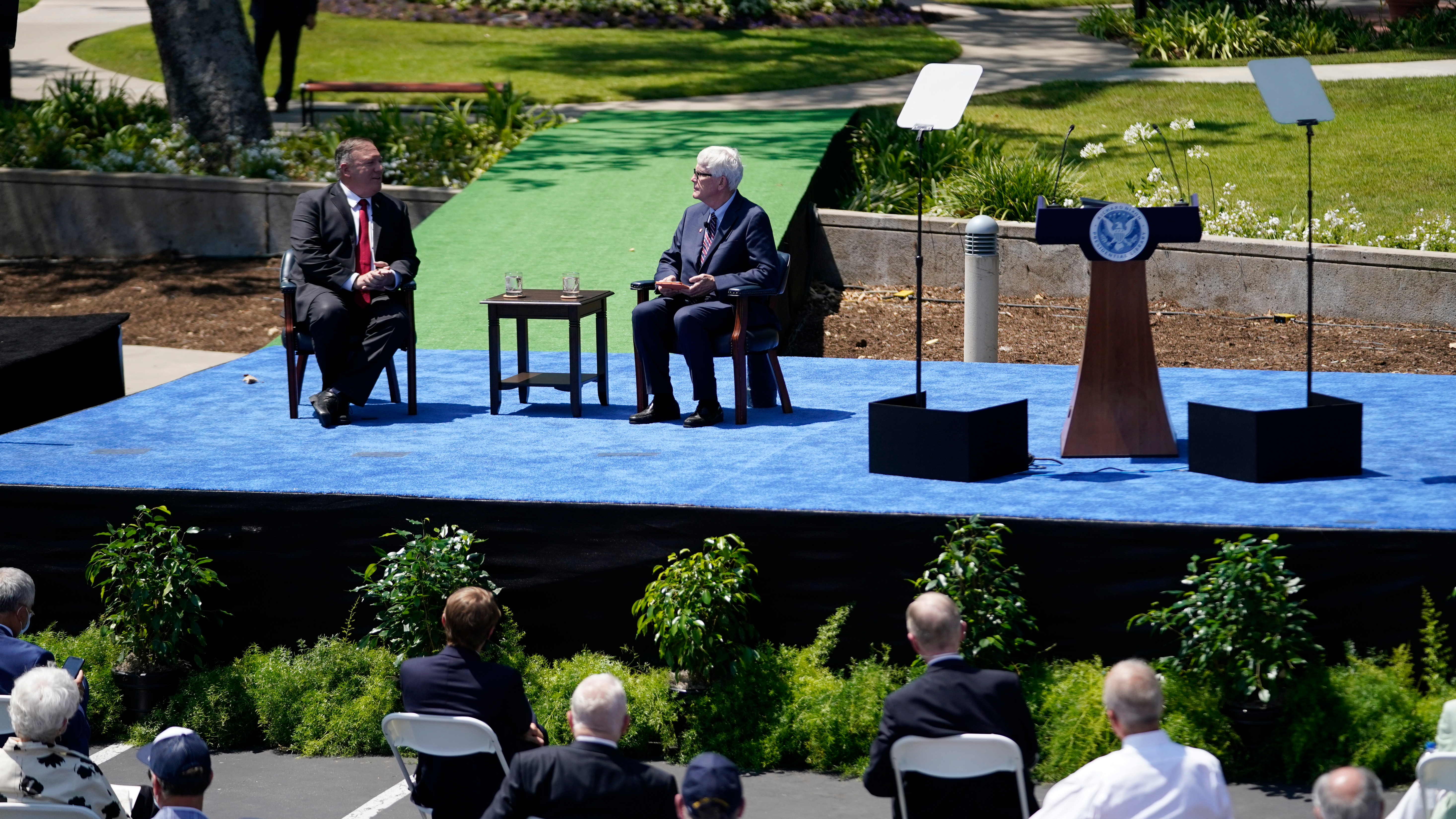 Editor's note: William Jones is the Washington bureau chief for the Executive Intelligence Review and a non-resident fellow of Chongyang Institute for Financial Studies, Renmin University of China. The article reflects the author's views and not necessarily those of CGTN.

This was the "fundamental choice" for America as posed by China's Ambassador to the U.S., Cui Tiankai,  in a recent interview with CNN's Fareed Zakaria. Now Chinese diplomats are being closely monitored in their contacts with U.S. officials at all levels of government. Chinese scholars working and studying in the United States are being hounded and in some cases thrown out of the country on alleged suspicions of "spying" for China. U.S. firms are being encouraged to shun China and a Chinese consulate in the U.S. has been abruptly ordered to shut down. And a U.S. president, failing in the polls because of his lackluster response to the world's greatest health threat since the Black Plague, is blaming China for being behind it, while a messianic Secretary of State has launched a personal crusade against the Communist Party of China (CPC).

Why have things devolved so far that we find ourselves in this parlous state? The primary reason is the success with which China has transformed itself from a relatively impoverished developing nation to the second largest economic power on the globe. And it did this under the determined leadership of the CPC. While people tend to express surprise at this fact, anyone with any brains could see that it was happening, step by step.

And it was a good thing. With 1.4 billion people to support, the PRC had no rational choice but to move in this direction, bringing people out of the poverty that had been imposed on them by the "hundred years of humiliation" of colonial rule. And it is hard to see that this could have been accomplished without the key role that the Communist Party plays in the life of the nation. No other developing country has succeeded in doing this under the terms of the Washington Consensus, which has governed the world for several decades now. The hope for development engendered in Africa, in Asia and Latin America at the end of that war was largely extinguished by the death of Franklin Roosevelt and Winston Churchill's "iron curtain" speech which initiated a decades-long Cold War and the Anglo-American "special relationship." 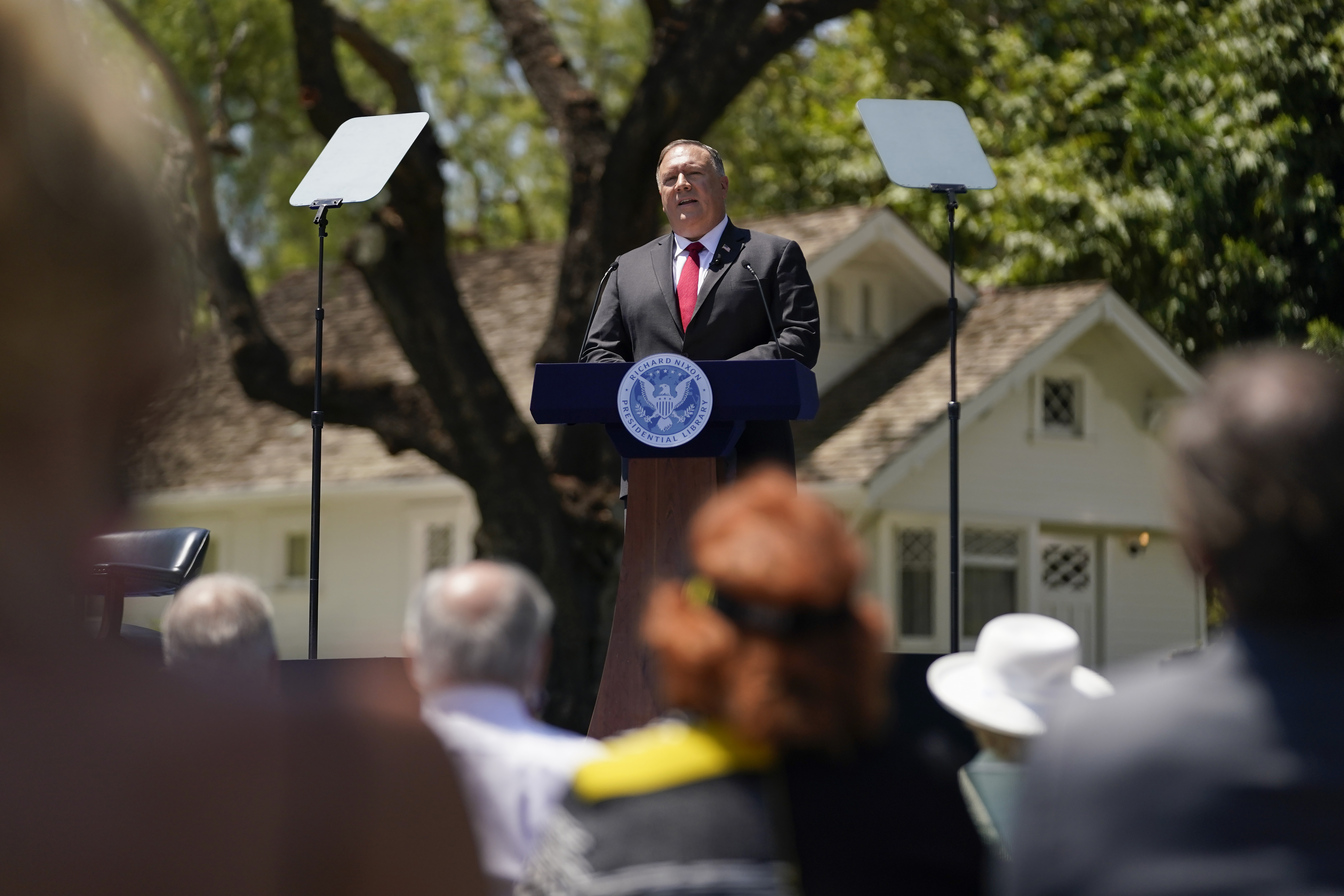 And this vicious circle in which the developing world found itself was only broken by the decision of President Xi Jinping to initiate the Belt and Road Initiative, the greatest development project the world has yet seen. And this seemed to stick in the craw of the Anglo-American crowd, seeing it as a threat to their control. If we can't create development for the world, how dare China try? they reasoned. And instead of lauding China's efforts and accepting the invitation extended by President Xi to participate in this ambitious project, the Trump administration followed the lead of the Anglo-American crowd and  decided to try to sabotage it.

And this is why we have almost every day now our "crusader in chief" Mike Pompeo stepping to the podium, in front of a small handful of select reporters to deliver a new diatribe against the CPC.

Can the United States be diverted from this disastrous course which can only lead to a major conflict between two major powers? Some feel that a Trump defeat in November will be the answer. But that is not at all clear that that will do it. The attacks against Trump by the Democratic Party since Day One of his presidency were precisely motivated by his attempts to create a stable working relationship with Putin's Russia and Xi's China. And the anti-China "drumbeat" has been fueled more by the Anglo-American crowd than by the President himself.

The only way out of this dilemma is if there is a fundamental rethinking by concerned politicians and scholars within the United States about the direction of U.S. policy before it is too late. China, with its 1.4 billion people is here to stay. And nothing is going to deter them from proceeding apace on the path of becoming a fully developed country. Nor should it. As Ambassador Cui pointed out, China, like every other nation, has that right. The right to development is an inalienable right. And if the U.S. political establishment would begin to direct their efforts toward seriously developing our own economy, now torn both politically and economically by the serious divisions within our nation, and the unprecedented spread of the coronavirus, we might see the "rejuvenation" of America as well. But to do that we have to find those "better angels of our nature" that Abraham Lincoln referred to.