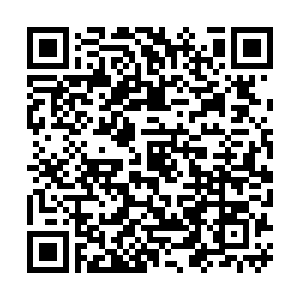 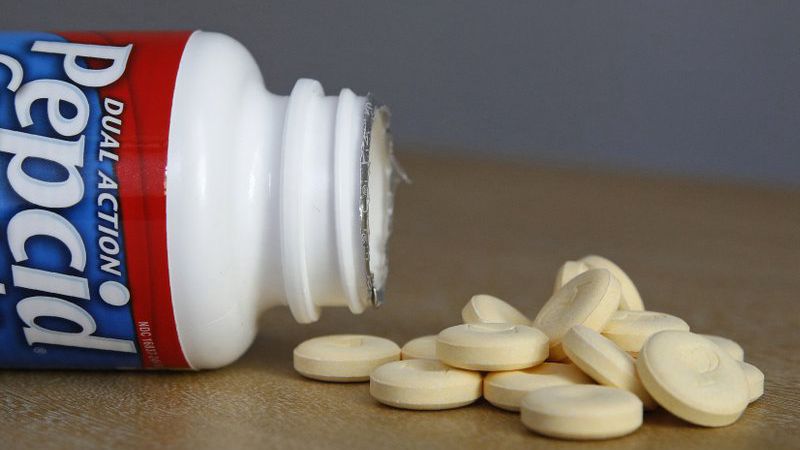 A bottle and tablets of Pepcid antacid in Washington. /AP

A bottle and tablets of Pepcid antacid in Washington. /AP

Pepcid, the heartburn medication found on drugstore shelves everywhere, has come under the spotlight in the U.S.

The Trump administration awarded 21 million U.S. dollars to study whether it's effective against COVID-19 back in April, although there was no published data or studies to suggest that famotidine, the active ingredient in Pepcid, would be effective against the novel coronavirus.

The U.S. Department of Health and Human Services outlined a long list of concerns in a June 8 letter, concluding there was "a high probability" that the companies doing the research would fail to honor the terms of the deal to assess famotidine as a coronavirus treatment.

The contract with Florida-based Alchem Laboratories and its subcontractor, Northwell Health in New York, was the subject of ridicule by some government scientists who did not think the Pepcid study merited millions of federal research dollars.

A federal whistleblower, Dr. Rick Bright, cited the contract as a key example of what he called unethical conduct by agency leadership in deciding how to spend taxpayer dollars to combat the coronavirus.

Despite the problems, the HHS office spearheading the federal response to the coronavirus crisis has not canceled the contract. Northwell, the state's largest health care provider, told AP earlier this week that the famotidine trial has been paused indefinitely because of a shortage of new COVID-19 patients in New York.

In the four-page "cure notice," HHS raised a litany of red flags about the Pepcid trial, which delivers a large dose of famotidine intravenously to patients in the study. Among them: a "lack of adequate documentation of good clinical practices related to ensuring patient safety."

HHS's letter also said the researchers failed to implement a system to track harm to patients, lacked an independent data monitor to ensure the integrity of the trial's findings and failed to provide government scientists overseeing the contract with proper Food and Drug Administration documentation.

"These are very serious concerns and are most shocking in the lack of attention to possible safety risks for what is a very high dose of famotidine, far above the FDA-approved dosing parameters for its currently-approved uses," said Dr. Aaron Kesselheim, a Harvard Medical School professor who reviewed the the HHS letter for the AP.

"It would be unethical to run any clinical trial without a plan for tracking adverse events experienced by patients," he said, "so that it can inform the decision about whether any benefits of the drug being studied that might be identified in the trial outweigh any risks."

An HHS spokesperson did not immediately respond to a request seeking comment on the letters.

James Talton, Alchem's president and CEO, in a June 19 response to the letter, told HHS that frequent changes in standards of care for patients required a redesign of the trial.

Poor management from the start

When government scientists learned of the hastily produced proposal to spend millions in federal funding on the research, they considered it laughable, according to Bright's whistleblower complaint.

But the June letter from HHS would indicate that the trial was plagued by poor management from the start.

"The manner in which the clinical trial has been conducted by the Alchem/Northwell team does not meet the standards specified (in) the contract and suggests a high probability that Alchem will be unable to meet the terms of the contract," the letter stated, noting that it's purpose was to "communicate the government's concerns."

Dr. Robert Kaplan, a Stanford University medical professor and former associate director of the National Institutes of Health, said when HHS sends a cure notice about a clinical trial, it is "a fairly serious step" by the agency in voicing concerns that had been reached through consensus internally.

"The (HHS) boards have the responsibility to stop the trial if there is a safety concern. They can also stop the trial for futility, if it is unlikely to produce a significant benefit."

'Disregard for science and anti-corruption rules'

Critics, including Bright, who opposed funding the trial while director at HHS' Biomedical Advanced Research and Development Authority, or BARDA, said the Pepcid project underscores the Trump administration's disregard for science and anti-corruption rules, which are meant to protect taxpayer dollars from going to political cronies or funding projects that aren't based on more rigorous science.

The government had very little data on which to base a funding decision about Pepcid and COVID-19, critics say; there was no high-grade research on famotidine's coronavirus-fighting potential to underpin a clinical trial involving hundreds of patients.

Bright filed a complaint accusing a senior administration health official of rushing the deal through without the scientific oversight necessary for such a large federal award.

Alchem's Talton outlined in his response to HHS how his company and Northwell had addressed the concerns. The companies agreed to assign an independent medical monitor to audit all of the data produced by the trial, according to Talton, and he also vowed to implement a system to deal with "the backlog of collected adverse events," as specified by HHS.

Neither Northwell nor Alchem have reported publicly any patient harm, or "adverse events," from the administration of intravenous famotidine to COVID-19 patients.

"The clinical trial is currently suspended." Talton wrote. "I urge BARDA to continue the studies related to famotidine as a treatment for COVID-19 under (the contract)."

Northwell Health spokesman Matthew Libassi said the cure notice had "nothing to do with our decision to put the trial on hold." The HHS letter refers "to administrative matters and how they are communicated, particularly regarding the collection and analysis of data," he added.