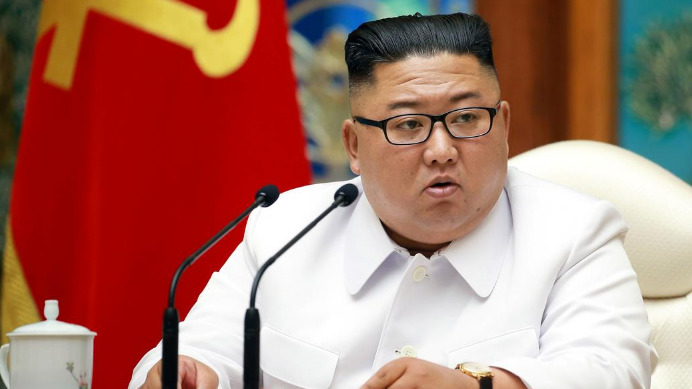 The Democratic People's Republic of Korea (DPRK) reported its first suspected case of COVID-19 in Kaesong City, a person who illegally returned to the country from the Republic of Korea (ROK) on July 19, state media Korean Central News Agency (KCNA) reported on Sunday.

"An emergency event happened in Kaesong City where a runaway who went to the south three years ago, a person who is suspected to have been infected with the vicious virus returned on July 19 after illegally crossing the demarcation line," KCNA said.

KCNA did not specifically mention whether the individual had been tested, saying that the unnamed person "was put under strict quarantine as a primary step and all the persons who contacted that person and those who have been to the city in the last five days are being thoroughly investigated" and quarantined."

"Despite the intense preventive anti-epidemic measures taken in all fields throughout the country and tight closure of all the channels for the last six months, there happened a critical situation in which the vicious virus could be said to have entered the country," Kim was quoted as saying by KCNA.

Kim declared a state of emergency and imposed a lockdown on the border city of Kaesong.

KCNA also said that the Central Military Commission of the Workers' Party of Korea (WPK) will "administer a severe punishment and take necessary measures" after an investigation of the military unit responsible for the "loose guard" in the runaway case.

The Republic of Korea (ROK) said there's a "high chance" that an individual illegally crossed the border into the DPRK, Yonhap reported citing a military official.

"The military is looking into the detailed routes, seeing high chances of a certain person's border crossing into the North," the official said, adding that regarding the DPRK's report, the military has specified some people and is verifying facts in close collaboration with related agencies.

The Joint Chiefs of Staff (JCS) is reviewing the overall readiness posture of the military, including its monitoring equipment and recorded video clips, he said.

If confirmed, it would be the first case officially acknowledged by DPRK authorities, who have so far said the country has no confirmed cases of the new coronavirus.

During an enlarged WPK Political Bureau meeting over COVID-19 protection measures at the beginning of July, Kim said "we have thoroughly prevented the inroad of the malignant virus and maintained stable anti-epidemic situation" despite the worldwide health crisis, which is a "shining success" achieved by the Party leadership and a high sense of voluntary spirit of the people.

Kim repeatedly warned that hasty relief of anti-epidemic measures will result in an unimaginable and irretrievable crisis, stressing that "all the sectors and units should further strengthen the emergency anti-epidemic work till the danger of pandemic incoming is completely rid of." 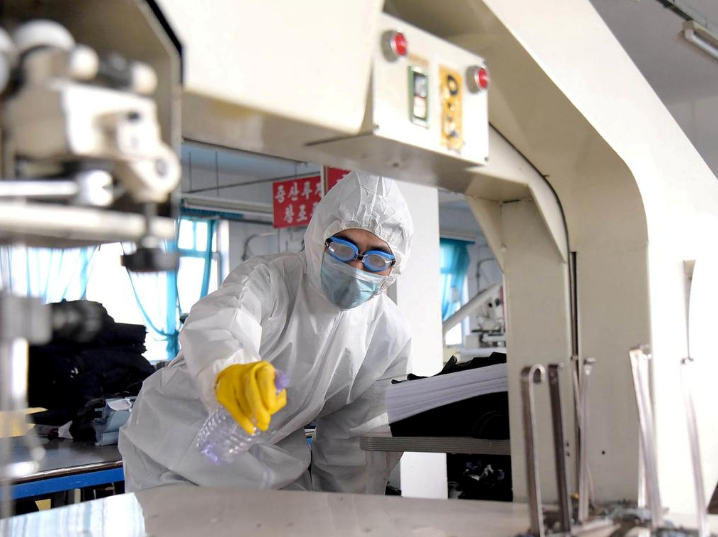 A volunteer carries out disinfection work during an anti-virus campaign in Pyongyang, the Democratic People's Republic of Korea, in this image released by KCNA on March 4, 2020. /Reuters

A volunteer carries out disinfection work during an anti-virus campaign in Pyongyang, the Democratic People's Republic of Korea, in this image released by KCNA on March 4, 2020. /Reuters

"(The ROK government) will go and find the most realistic and practical way for inter-Korean cooperation. The COVID-19 crisis can be a new opportunity for inter-Korean cooperation as it is the most urgent and desperate task to cooperate in as of now," Moon said in a meeting with his senior secretaries on the day to mark the second anniversary of the Panmunjom Declaration.

In late January, the DPRK declared the launch of a national emergency system against the coronavirus, shutting down its borders and tightening quarantine measures.

The DPRK has kept a ban on public gatherings and made it compulsory for people to wear masks in public places, said a Reuters report on July 1 quoting a World Health Organization official.