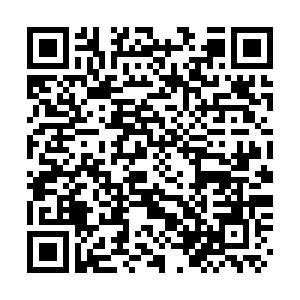 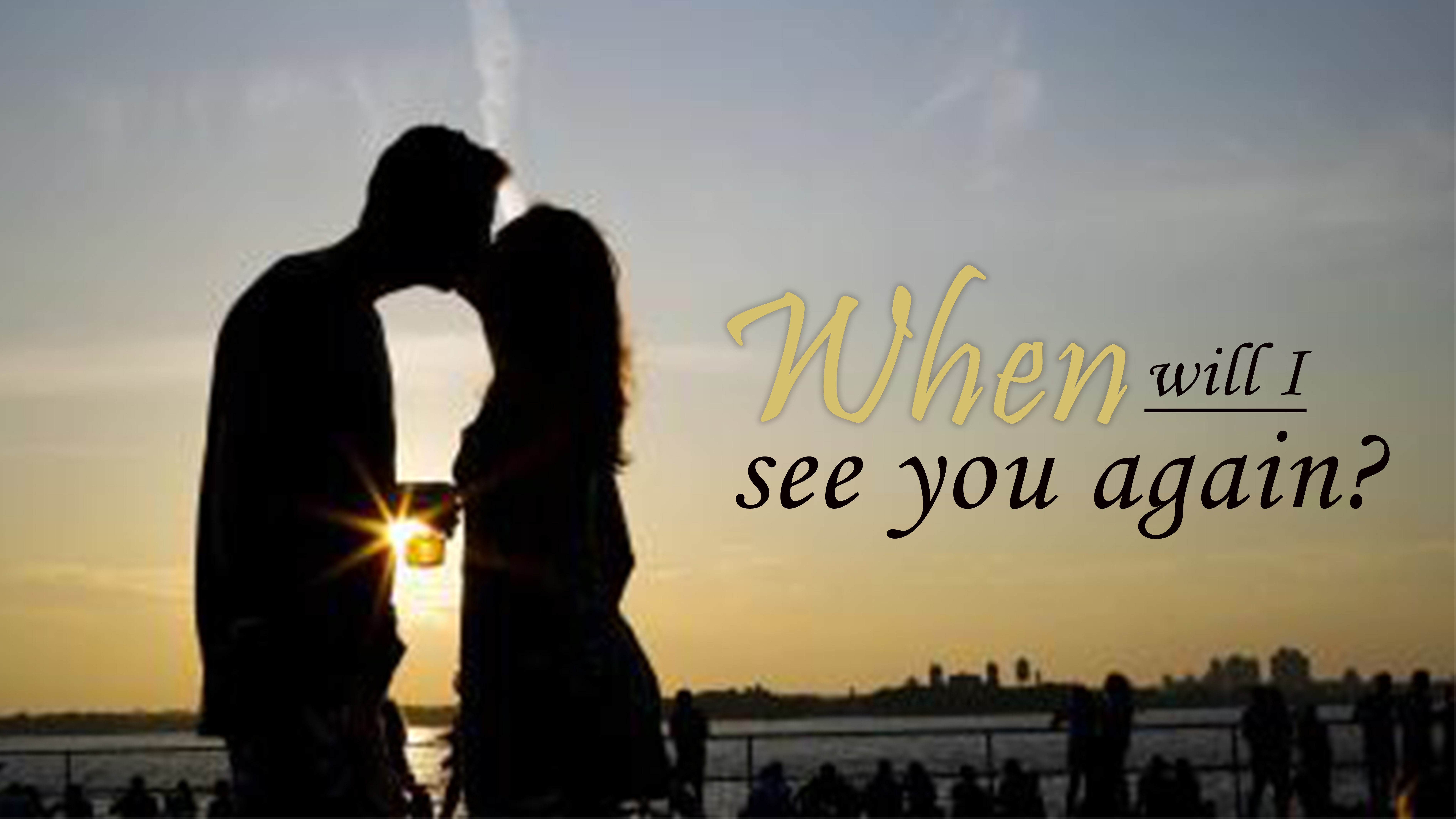 Quarantine, social distancing, testing, reopening and then another shutdown. Life during the pandemic has essentially ground to a halt. Under this "new normal," couples separated in different countries are calling for an easing of border restrictions. Hashtags such as #LoveIsNotTourism and #LoveIsEssential are gaining traction online.

Though travel is slowly making a comeback, hurdles remain. We've collected several stories in which those in love are separated as the pandemic rages on, including those of our CGTN journalists. Some have broken up, others have gotten married, but most are simply waiting it out.

I'm Chinese and my boyfriend is Israeli. We met in Italy in 2017 and have been in a long-distance relationship since.

In the past three years we traveled only to be together. We saved all vacations and public holidays to see each other. I researched and remembered which countries we could both travel to with relative ease – not many.

The anticipation for our next meeting kept us optimistic about everything. We managed to navigate all the pitfalls of a long-distance, cross-cultural relationship: the tearful airport goodbyes, the times when chat apps don't work, the occasional awkward questions from a border officer, and of course, there are family expectations.

Nothing prepared us for a world-changing pandemic. We are used to being apart. But not like this.

The past months have felt like watching my hope being dashed piece by piece. We went from looking forward to eating in our favorite restaurants again, to sending photos from happier times to reminding each other what we had. It wasn't long before my boyfriend started worrying about keeping his job after the lockdown.

This pandemic has made me realize how much we took for granted. The ease to travel and connect has given us the illusion that we all live in this global village, that anyone anywhere is just a plane ride away. But in a crisis like this, the differences between people become glaring.

The last time I saw my boyfriend was in November last year. There may not be a next time.

"Confidence in seeing my fiancé is fading each day." – Mable, 32, now in Beijing, China

In the "new normal" shaped by the coronavirus lockdown – masks, social distancing, work from home in a matter of months – what shapes me is fear for the future of my fiancé and me.

I saw him off at the Beijing airport earlier this month, afraid that it might be the last time we will see each other this year. Over the past four years we've been together, the longest period we went without seeing each other was three months when he returned home to Texas to take care of his father, who is very sick. That was last November. After spending a week in the U.S., I came back to Beijing to work and originally planned to visit again during the Spring Festival holiday.

But all of that was disrupted by the sudden coronavirus outbreak. Days later, the White House issued a travel ban on Chinese nationals. My fiancé caught one of the last direct flights back before China suspended the entry of most foreigners. At the time, I was mentally and physically exhausted – covering COVID-19 tragedies made me burn out even more.

As a reporter mainly covering China-U.S. stories for the past seven years, I became pessimistic about the future relations between the two economic titans last year when the trade tensions escalated to a tipping point that threatened to tank the global market and kickstart Cold War 2.0. But I never thought things could go as far as today – from the blame game over the origin of COVID-19 to student visa restrictions to the latest Houston consulate closure. It's somewhat ironic that my fiancé was in self-quarantine at a condo nearby when the consulate officially shut down.

U.S. embassies in China and many other countries as well keep pushing back the dates to resume services. It seems border control measures will not ease any time soon. We tried to visit his father together many times but failed – we called the embassies, who asked us to call the customs, who suggested we consult the airlines that have only recently resumed limited services after suspending international flights for months.

There were no consistent answers to this problem, with some officials at customs thinking I might be able to enter while embassies suggested that I stay in a third country for 14 days before trying to enter through U.S. customs. But third country options are limited during the pandemic. My fiancé eventually had to go back alone to attend to his father, and take everything upon himself.

As the coronavirus shutdown mixes with a political feud, bad blood between the two nations has made our everyday lives much more exhausting.

I met my boyfriend, now my husband, in Oxford at the end of 2014 and fell in love in January 2015. Since then, we've spent time together, except summer and winter holidays, when I returned home in Chengdu (the capital city of southwest China's Sichuan Province), and he headed back to Singapore. We talked about our academic problems, shared joys and sorrows.

The happy-go-lucky life lasted till 2018 when we both graduated. I went back to Beijing to work, and he returned to Singapore. The following year was the toughest ever in our relationship. Maintaining a long-distance relationship is difficult, especially when you have to battle over your own work and life in separation.

Having graduated with a humanity degree, he has no interest in becoming a public servant or working in industries such as finance or consulting – jobs that Singaporeans usually take to keep on the rails. He tried to take up data science, which is considered a "non-mainstream" job in the somewhat rigid Singaporean social life. Over the job-hopping period, we brawled often over the phone, filling me with negative energy to the brim. I felt frustrated and anxious but never thought of calling it quits.

In January, I flew to Singapore to meet my then-boyfriend, taking along with me four pieces of clothing and a pair of shoes in a small suitcase – enough for a nine-day routine holiday. On the third day after I arrived, Singapore entered lockdown with the coronavirus spreading across Asia. Since I could work from home, I stayed, thinking of returning to Beijing when the virus died down.

The pandemic offered time for both of us to contemplate and plan our marriage. We began planning in March and got hitched in June.

Every cloud has a silver lining.

"It's not fair to keep families apart. We are not tourists." - Christina, 41, now in North Carolina, U.S.

My British husband and I have been married for 17 years. We are expats living in Kuala Lumpur. Our children were born in Malaysia.

I'm now in the U.S. with my two kids. I haven't seen my husband since January because our dependent passes for expat expired.

The government so far won't let us apply for new passes because we are supposed to be physically present to apply. They want us to wait till borders open to tourists, but that's not going to happen anytime soon. I miss my husband, and my children miss their dad. We just want to go home.

The travel ban added unnecessary strain to our marriage. Restrictions keep changing. Since my husband has his own company in Malaysia, he cannot leave for fear of not being able to return, or having to quarantine in a hotel for two weeks. His company would not survive.

It is not fair to keep families apart. We are not tourists. I'm not traveling for fun. I am the wife of an expat, and now my life is on hold.

I'm from Ohio, U.S., and my significant other is from Ontario, Canada. We're one of the thousands of couples who have been forcefully separated by the border shutdown.

We are miserable, depressed, scared. My partner feels helpless, watching me cry during Zoom chats. Zoom calls are now starting to become unbearable. Seeing what we can no longer touch is a constant reminder that we are being forced apart with no end in sight. We were planning on moving in together.

I spend hours scouring the internet, hoping to read or hear that Canada redefines what essential travel is. I feel like I get the carpet ripped out from under my feet every few weeks.

I don't understand how engaged and long-term couples are classified as tourists, people who are on vacation or on shopping sprees. I don't understand how a marriage certificate makes you immune or less likely to catch COVID-19. Is the mental and emotional pain less for those that aren't married?

If anything, I've been more focused on doing the right things so I can see him again sooner. I rarely leave my house. I've been wearing a mask in public since the end of February. I will stay in whatever 14-day quarantine place they want me to stay at.

We are still human beings, not just Canadians or Americans or whatever other country you live in. I'm a human who fell in love with another human.