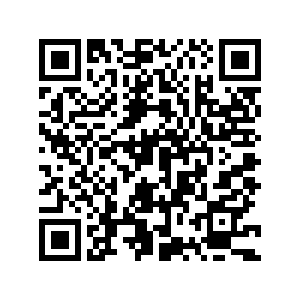 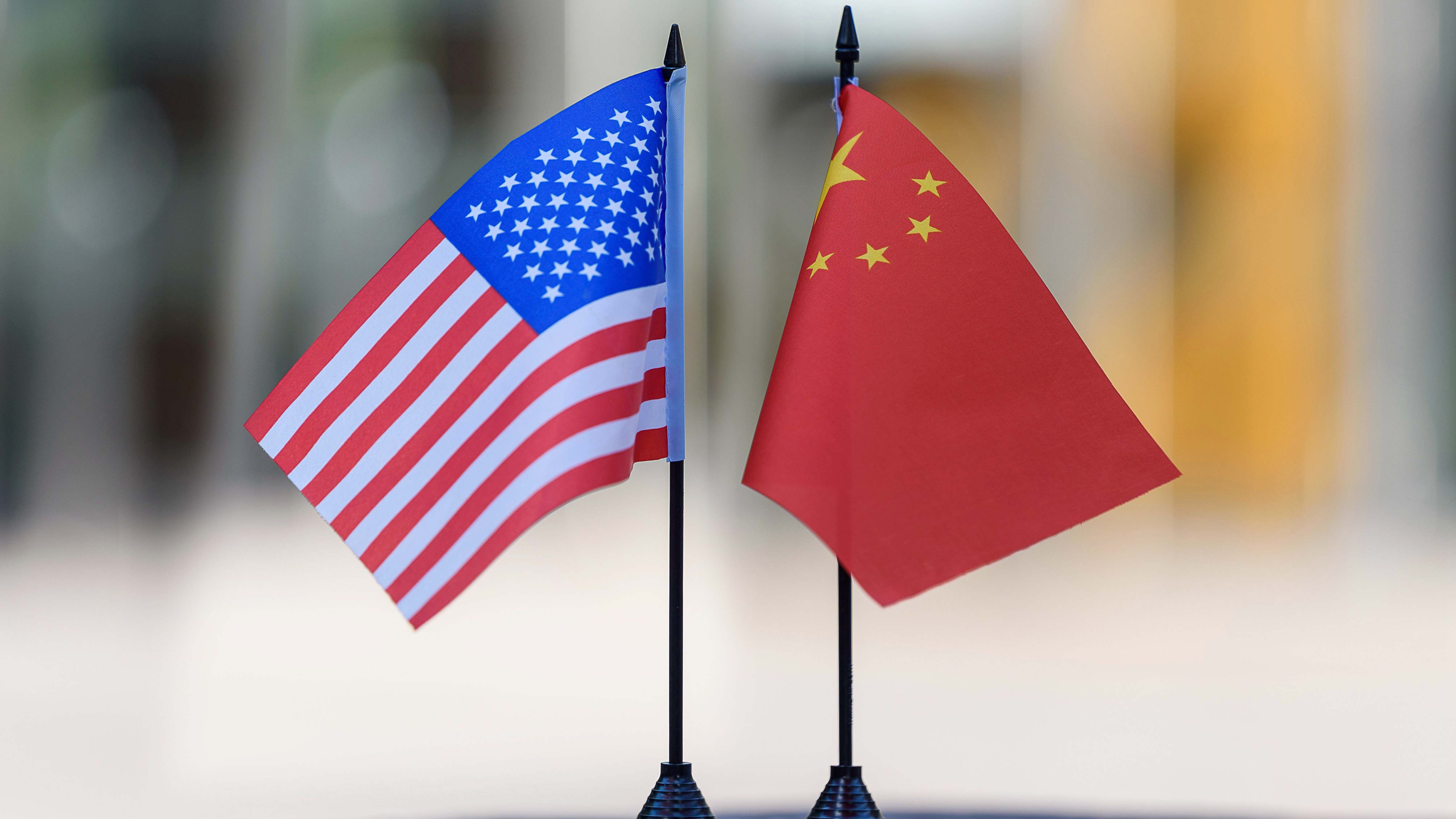 Editor's note: Jia Wenshan is a professor at the School of Communication of Chapman University. The article reflects the author's opinion, and not necessarily the views of CGTN.

The quartet of speeches to vilify the CPC

To use his own words, his is the last of the four speeches to vilify the Communist Party of China (CPC) by President Trump's cabinet members during the past month. Robert O'Brien kicked off the vilification campaign by delivering his speech titled "The Chinese Communist Party's Ideology and Global Ambitions" in Phoenix, Arizona on June 24, 2020.

In O'Brien's speech forecasting the subsequent three speeches by his colleagues, he lauds Trump's efforts to shed and shred the entanglements and tentacles of the U.S.' engagement with China as the starting steps of disengagement during the last several years since his presidency to "correct 40 years of a one-sided, unfair relationship with China that has severely affected our nation's economic, and recently, political well-being" and predicts that "there is more to come."

FBI Director Christopher Wray, referencing O'Brien, delivered the speech on how the Chinese government is a threat to the U.S.' economic and national security at the Hudson Institute in Washington D.C. on July 7, 2020.

Forecasting Pompeo's speech as well as referencing both O'Brien and Wray, Attorney General William Barr delivered his China policy speech at the Gerald R. Ford Presidential Museum in Grand Rapids, Michigan on July 16, 2020.  The "finale" of this campaign, of course, rests on Secretary of State Mike Pompeo's remarks which he delivered in Orange County, California on July 23, 2020.

These four speeches all reference one another using mostly the same "evidence," repeating the same line of argument and the same scare tactics or fear appeal, i.e., the CPC is out to "raid us,"  using "an orchestrated campaign" against the U.S. on all fronts, to quote Barr's speech. They all try to separate CPC from China or Chinese people in their remarks. However, they all have a division of labor in their speeches with each having a different focus.

While O'Brien highlights "the ideological threat" of the CPC, Wray surveys "the economic and security threats" from the CPC and calls for the whole of government and whole of society approach in resisting CPC. Barr, however, details how the CPC is "co-opting" American businesses and institutions to displace and even replace America's global leadership and its technological leadership.

Based on the previous three speeches, Secretary Pompeo concludes at his podium right beside the Nixons' tombs on the premises of the Nixon library that it is time to make a paradigm shift from engagement to containment/conquest on U.S.' China policy by building "an alliance of democracy."

In looking at all these speeches as a whole with Pompeo's as one to formally declare the death of the engagement paradigm, it is no coincidence that the consulate in Houston was forced to close with only 72 hours notice on July 21, 2020, only two days before Pompeo's speech, especially because the establishment of this consulate in 1979 itself was one of the signature achievements of the U.S.' China engagement policy and a symbol of the engagement paradigm. 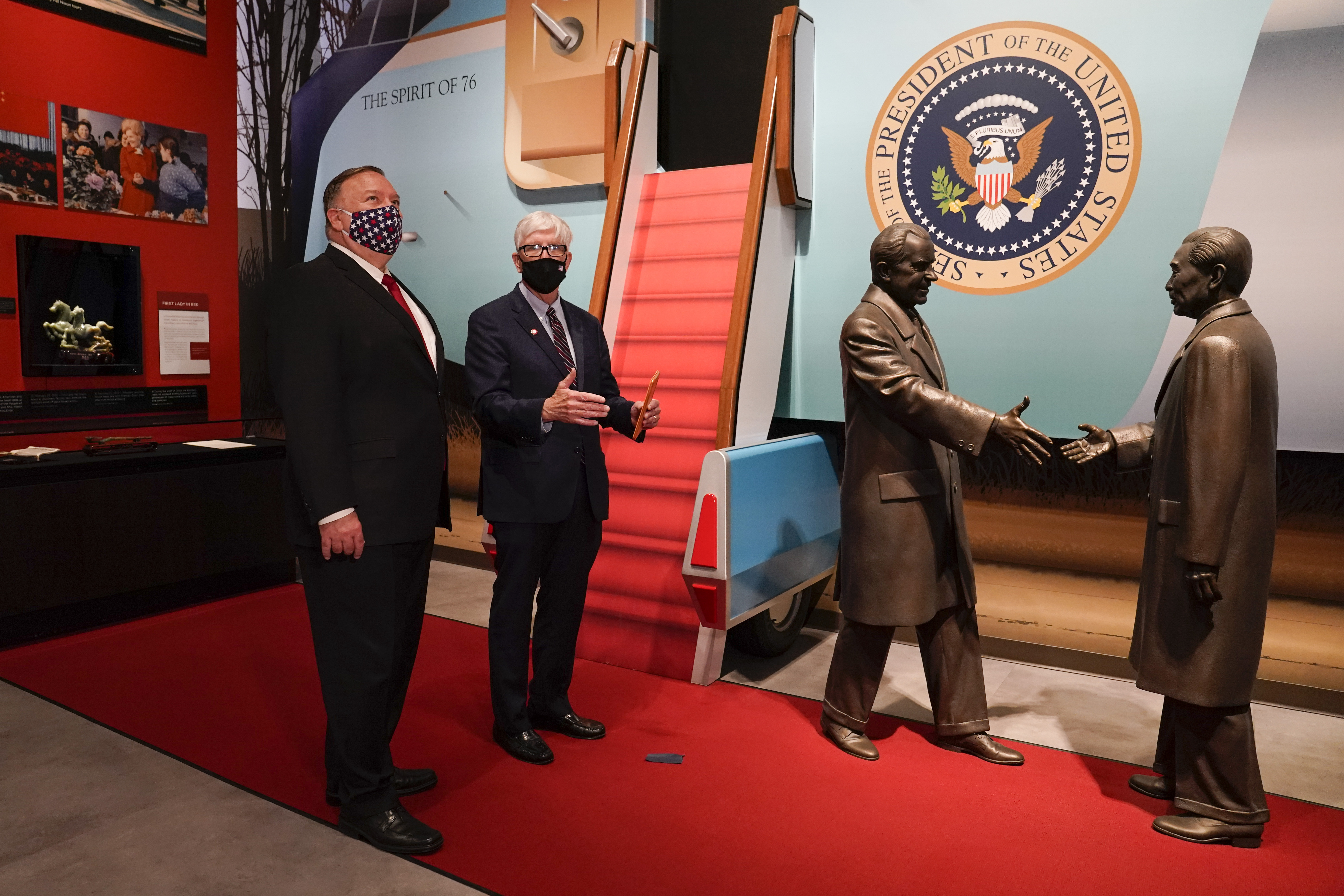 Games of taming and blaming

This quartet of speeches by Trump's four key cabinet members are carefully crafted, scheduled, and orchestrated with the whim of tramping down the CPC, thus stripping China of a unifying leadership and uplifting Trump out of his electioneering quagmire.

The intended targets of blaming and shaming in these speeches are not just the Chinese government and CPC. All the American statesmen who made a significant contribution in forging the era of engagement between the U.S. and China in the past five decades such as Nixon and Kissinger via Pompeo's remarks in the Nixon library, Gerald Ford via Barr's speech at the Gerald R. Ford Presidential Museum, the two presidential Bushes and Jim Baker in Texas, Jimmy Carter and Bill Clinton and so on by an abrupt closure of Chinese Consulate in Houston abruptly ordered by Pompeo are either directly or indirectly spitted, cursed and trumped by these speech makers, especially Pompeo, and ultimately President Trump himself.

Talk about Trump's rejection of cancel culture advocated by the Black Lives Matter movement! The Trump gang's CPC vilification campaign is the largest freshest example of cancel culture in America in that it aims to write off the Nixon-Kissinger diplomatic legacy of engagement with China.

While Nixon, as a native son of Orange County, California, initiated the age of U.S.' engagement with China, Pompeo, also a native of Orange County, formally ends it. Nixon would have wept and cried in anguish in his tomb right beside the podium where Pompeo delivered his speech on July 23, 2020.

Inspired by Nixon-Kissinger's spirit of engagement, I sense that a new storm is perhaps gathering above "the Shining City on the Hill" to cancel this cancel culture of notoriety in the modern American history of diplomacy.

Can the four speeches delivered get Trump four more years in the White House? While the Trump gang believes so, I believe that they are in vain. These four speeches are better viewed as presidential stump speeches in support of Trump's re-election in that they are hoped to deflect the attention of the American people to the deepening economic, public health and social woes, engulfing the American society due to glaring negligence and lack of leadership by the Trump administration.

These remarks are not only meant to demonstrate these cabinet members' support of their boss, but also an effort to hopefully get them reappointed by Trump if he is re-elected for the second presidential term. In a way, these people including Trump are on the same boat.

By portraying all the pro-engagement American statesmen as outdated and bygone bones to be buried in the invisible depth of history to be trodden and forgotten by American people, Trump attempts to establish himself as a president who deserves a second term in the eyes of the American electorate.

Contrary to their whims, I think that the American electorate has come wiser. With Trump's average polling numbers falling 9 percent below Biden, this quartet of speeches is merely rumblings of rumor mongering or whining out of desperation at best. 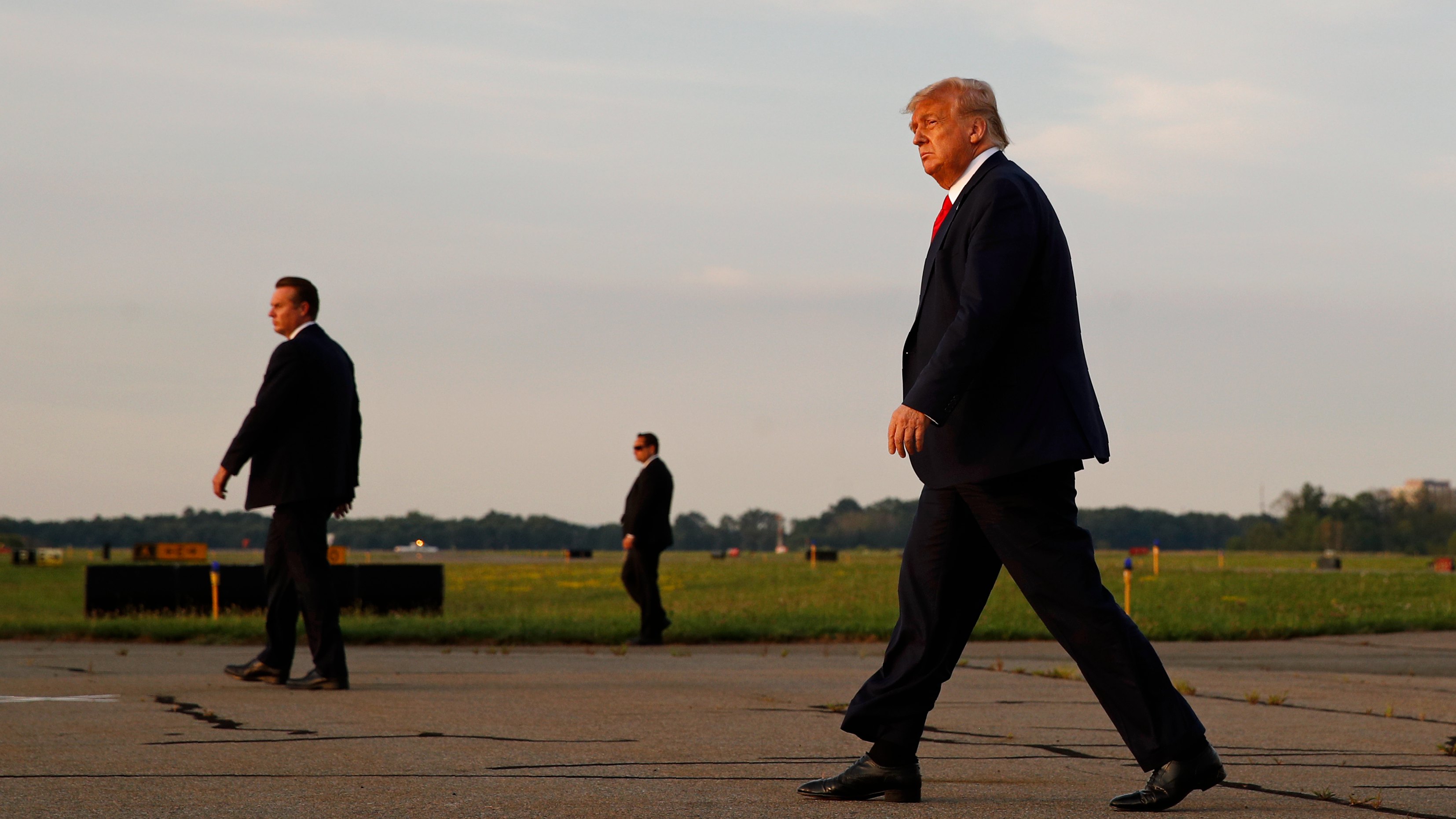 President Donald Trump walks to Marine One after stepping off Air Force One at Morristown Municipal Airport in Morristown, New Jersey, July 24, 2020. /AP

President Donald Trump walks to Marine One after stepping off Air Force One at Morristown Municipal Airport in Morristown, New Jersey, July 24, 2020. /AP

Conclusion: Towards Engagement 2.0 instead of Cold War 2.0

The Nixon-Kissinger paradigm of engagement, which I call "Engagement 1.0", may need to be updated, adjusted and upgraded into Engagement 2.0, given the current phase of U.S.-China relationship and the current stage of globalization, but it does not deserve a complete abandonment as Pompeo argues.

The fact that the Trump-Pompeo corollary's blind fall into dualistic and dichotomous thinking in its China policy itself shows the limitations and shallowness of the engagement paradigm defined and shaped by the U.S. and China during the past five decades. This engagement paradigm forged by the U.S.-China relation has been primarily instrumental, largely on the strategic, economic, and science-technological dimensions.

The new paradigm of engagement, Engagement 2.0 which I am proposing, should focus on seeking a deeper and more systematic intercultural understanding of each other on the theological/ideological/philosophical, artistic/cultural, psychological dimensions so that nationalism and ethnocentrism could be trimmed on both sides for the formulation of a more nuanced and balanced U.S.-China policy.

In this sense, Trump's rejection of Confucius Institutes in the U.S., his cancellation of U.S. Fulbright Exchange Program in Hong Kong and the Chinese mainland, the two countries' mutual restrictions and reductions of each nation's journalists, and the most recent attempt to cancel the Nixon-Kissinger engagement legacy are short-sighted indeed.

To declare the engagement paradigm dead and propose a new Cold War is a lazy and cowardly, rash and lousy decision! While benefiting the military-industrial complex, it would cause too many dire consequences for the U.S., China and the rest of the world to bear. Such dire consequences would be far beyond the Trump-Pompeo corollary's control.