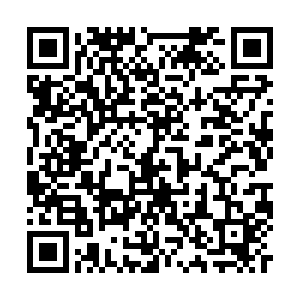 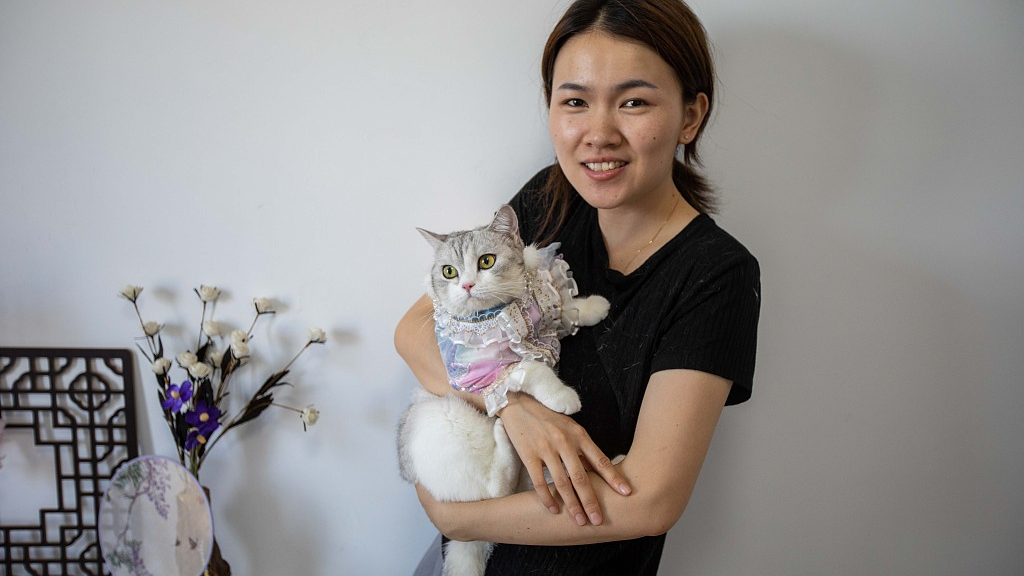 Qiu Qiao has always loved to make clothes for her own pet cat named Liu Liu. The 26-year-old Chinese never expected the clothes to turn into a profit, but within a year of starting her business selling the outfit known as hanfu in Chinese, a traditional Chinese clothing item, for cats, she's made more than 70,000 yuan (9,975 U.S. dollars).

After quitting her job in Beijing in May 2019, she turned to doing something she was doing as a hobby. The business began out of her apartment in her hometown of Changsha, capital of central China's Hunan Province. 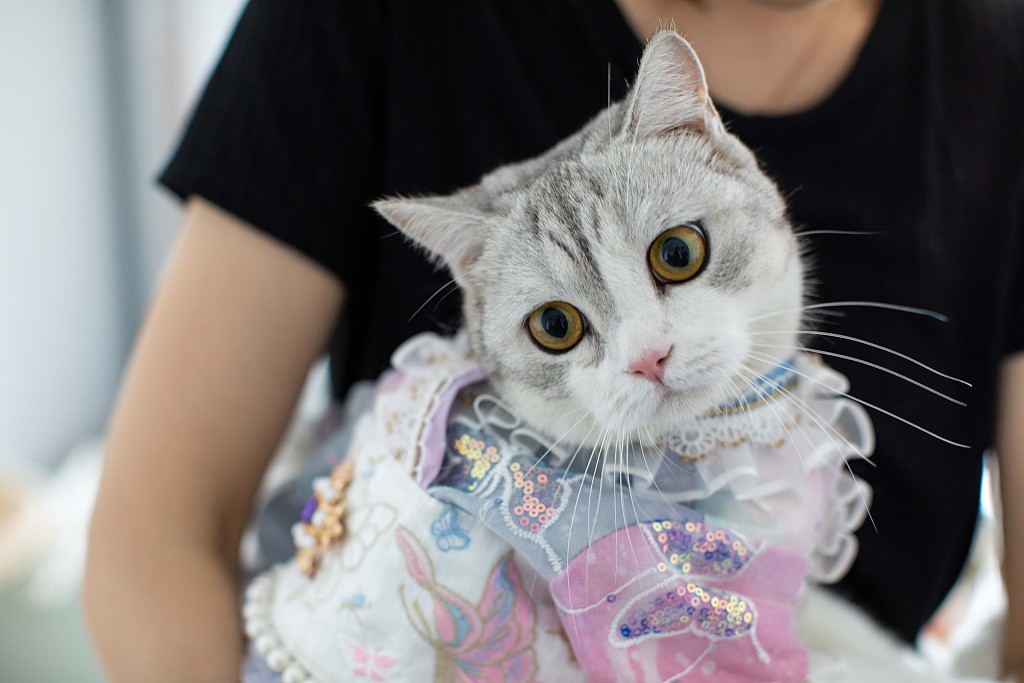 From designing, selecting fabrics and matching accessories, she made the clothes herself with the help of her mother. "I want to make something different, the innovative cat products," she said.

After three months of preparations, she opened her Taobao shop with five items. She sold out within a week without any promotions. 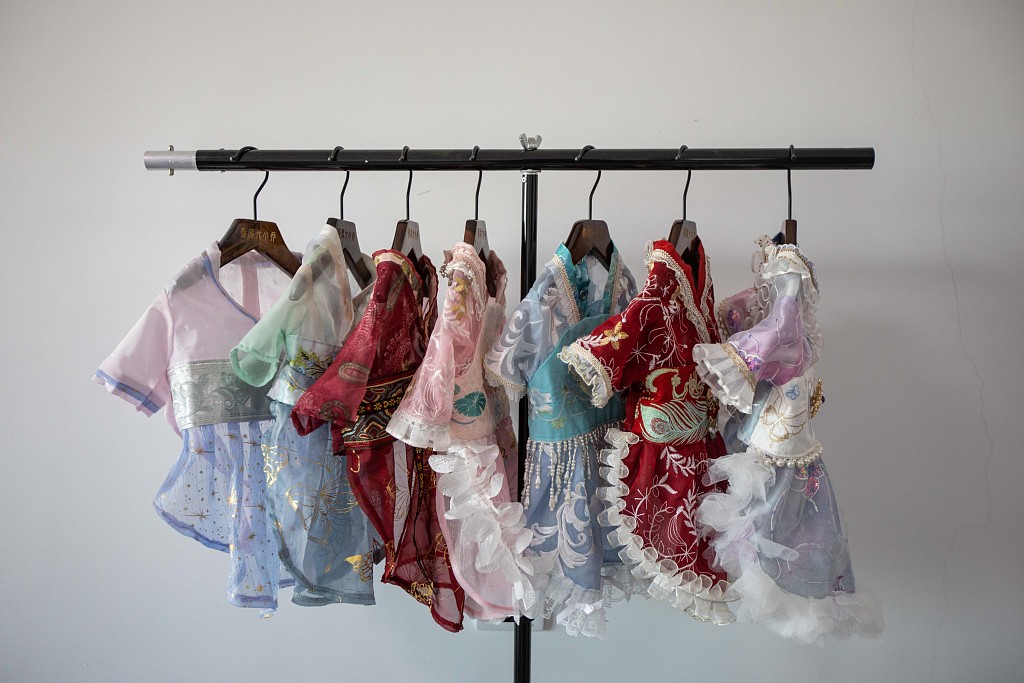 As the "No.1 staff," her cat Liu Liu acts as a model for each of her items and Qiu will adjust the clothes accordingly before mass production. The cat also wear such clothes before camera. In return, Liu Liu gets tasty dried treats and owns a set of new clothes.

After a year of operation, the e-commerce shop has attracted more than 16,000 fans. Qiu said that she is satisfied, because she not only can do what she likes, but also have her products recognized by many people.

"I want to create more products loved by cat owners to make every pet cat beautiful and living an exquisite life," she said.

According to Taobao's statistics, the hanfu market is now worth more than two billion yuan.